CONTROVERSY CONTINUES regarding alleged connections between four New Party members briefly detained by police earlier this month to Zhou Hongxu (周泓旭), a Chinese student studying in Taiwan arrested for spying in September. In particular, recent developments are that Wang Ping-chung (王炳忠), a television personality known for his pro-unification views and the best known of the four New Party members, may have been paid by China to develop a media website in Taiwan, with the eventual aim of developing this into an espionage organization.

Reportedly, Wang was paid 15 million NTD per year to operate the website in question, Fire News (燎原新聞網). With the intention of building contacts in Taiwan, China reportedly paid Wang and cohort 3,000 NTD for every person who “liked” Fire News’ Facebook page and “liked” more than 70% of the posts on the page, 5,000 NTD for having interactions every two weeks with a follower of Fire News, 10,000 NTD for holding offline meetings with contacts, and 50,000 NTD for meetings in which contacts opened up about their personal feelings or political views. This project was code-named the “Star Fire T Project” (星火T計劃) and Zhou reportedly acted as a consultant on the project. 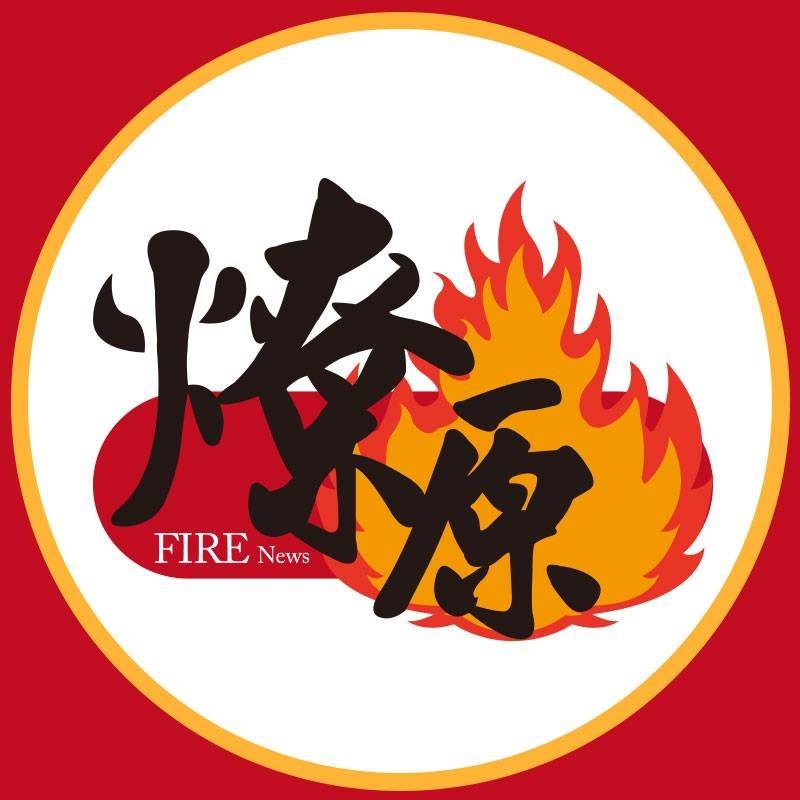 Indeed, the amount of resources that China has poured into Fire News seems mind-boggling, if China was willing to pay so much for even as little as a Facebook like. Nonetheless, the waste of resources is also astonishing, seeing as Fire News operated a Facebook page with only just over 5,000 likes and Fire News itself was generally little known, even among pan-Blue media, after some three years of operation.

It is fairly easy to gain followers on Facebook through paid advertisements on Facebook, even if Facebook advertisements are known to attract large numbers of bots that not actual human followers, so the low amount of followers that Fire News had on Facebook is somewhat of a mystery. Another one of the four detained New Party members, Hou Han-Ting (侯漢廷), himself has over 250,000 likes on his Facebook, a suspiciously high amount given that if he had that many followers, that would have made him a household name in Taiwan before this controversy, which he was not.

The leading figures of the Sunflower Movement, for example, who are household names in Taiwan, themselves only have several hundred thousand followers. While Hou was also a television personality, a great deal of his outreach seemed aimed at building a following in China, rather than Taiwan, as a strong voice calling for unification, which makes it further a question as to his high follower count, given that Facebook is blocked on the Chinese Internet. Hou has also leveraged on the publicity since his detention to announce political candidacy for the Taipei City Council in the time since.

Much scoffing has also occurred at the fact that, if Fire News was meant to be a clandestine operation, Wang registered the website in his own name, with the registration address for the website being that of the New Party’s central offices in Taipei. China’s Taiwan Affairs Office was reportedly the source of the funds for the “Star Fire T Project,” but even then, according to a year-end financial report produced by Fire News, while Wang’s family received some of the operation funds, at least 60,000 NTD was somehow “lost” by Wang’s father in 2015. 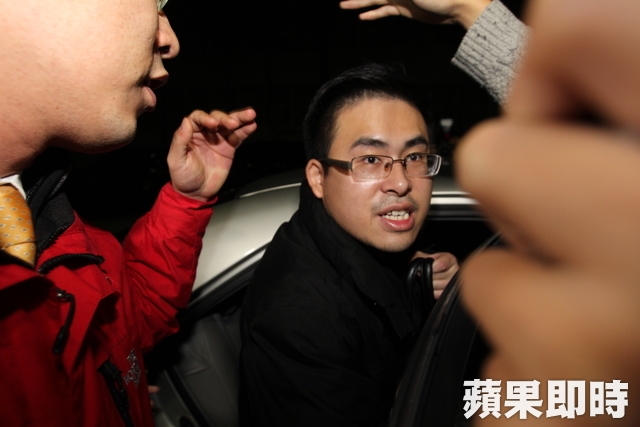 Nonetheless, Wang has struck back against such accusations, filing lawsuits against media outlets that reported on these charges, filing libel suits against the Liberty Times and SET TV. Wang also filed libel charges against television personality Clara Chou, who alleged that Wang and his family had received money from China in return for efforts to build a paramilitary organization in Taiwan, accusing Chou of leaking information from an ongoing investigation.

Wang and the other New Party members who were detained by police continue to deny such charges as false in nature, as well as continue to assert that this is an act of political persecution against them, committed by the DPP in an act of “Green Terror” far surpassing the KMT’s past “White Terror”. Of course, such charges are patently ridiculous in nature.

Wang and other New Party members actually did manage to attract some public outrage, even from post-Sunflower Movement youth activists, after their detention, because the Tsai administration did not immediately make it clear why they were detaining Wang and others. In general, for a country that went through an authoritarian period in which the police were the instruments of enforcing a one-party dictatorship, it is a healthy impulse to question arbitrary police detentions, even of one’s political enemies.

But after being released, Wang and his cohort continue to allege political persecution, never mind that this was a fairly brief detention and Wang and other New Party members remain free. During the martial law period, rather than been released after questioning, Wang could have been detained indefinitely, subjected to torture, or simply disappeared, with no information released to his family about his fate. Wang could simply be secretly executed, or even publicly executed as an example, or his corpse being dumped somewhere public for other people to find. And if, as Wang alleges, the “Green Terror” is worse than the KMT’s White Terror, where are the tens of thousands of corpses that the Tsai administration has executed in the past year and a half? 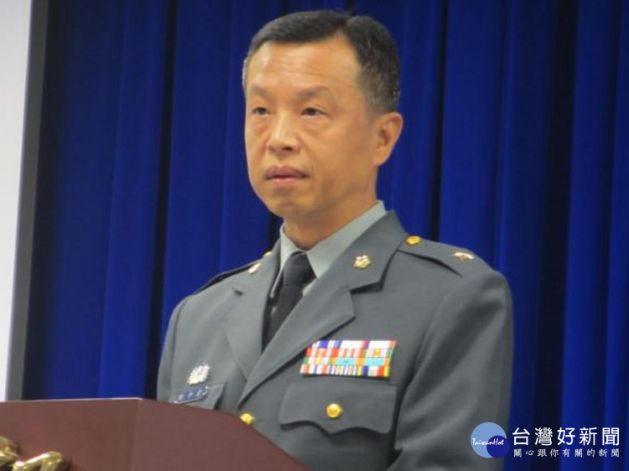 Due to difficulties prosecuting individuals for Chinese espionage because of the fact that the ROC constitution technically still takes the view that Taiwan and China are the same country, making it a logical conundrum how to pursue charges spying for the PRC with regards to ROC military veterans accused of leaking military secrets to the PRC. As such, in a fit of further irony, it may be that Wang and cohort are prosecuted on “Communist bandit” laws dating back to the martial law period passed by the KMT. Of course, in the decades from the Chinese Civil War to the present, the KMT has shifted in the direction of becoming friendly towards the CCP, its former enemy, and attempting to achieve the unification of Taiwan and China even if this means unification with the PRC.

On the other hand, the Wang case does raise issues of the limits of free speech in Taiwan, raising questions about what counts as the free expression of pro-unification views and what verges on treason. The KMT remains committed to achieving the unification of Taiwan and China, has demonstrated a willingness to sacrifice Taiwan’s interests to China many times in the past, but the DPP would indeed be accused of political persecution if it were to take action against the KMT or other pan-Blue political actors beyond a certain point.

And it is hard to see Wang’s actions as dangerous given how ludicrous China’s spying efforts apparently are. Taiwan should perhaps breathe easy that “United Front” efforts are not always dangerous in the way of cultivating pro-China gangsters to attack young Taiwanese independence activists, as occurred during the Sing! China incident on the NTU campus in Taipei, but can be hilariously ineffective.

This raises the question of to what degree to which China’s attempts to cultivate pro-unification forces in Taiwan through the Internet should be taken as a prosecutable offense. One is reminded, for example, of controversy regarding Russian interference in American elections when some of this consisted of buying Facebook ads that one imagines had little sway on any voters, but how this has become a large controversy in America. 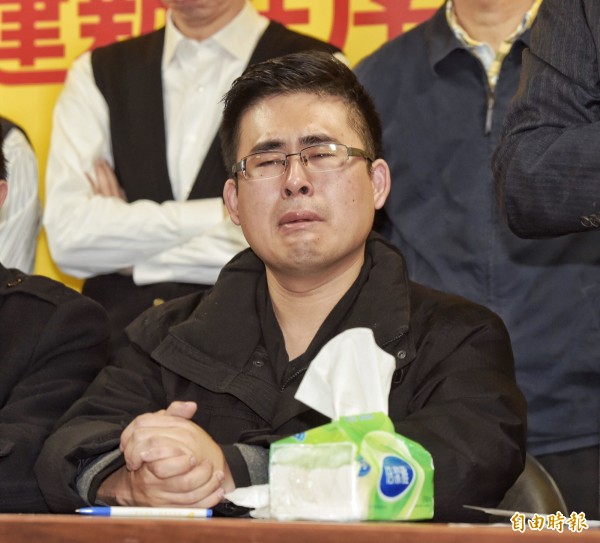 In this sense, the Wang case returns to questions facing global society regarding political interference which takes place through the Internet, except in the context of complicated cross-strait relations. For example, it will justifiably raise issues regarding whether online actions are taken as free speech if “Likes” on Facebook are used as evidence for collusion between members of the military and Wang’s nascent spying ring, as has been suggested regarding members of the military that may have worked with Wang.

Furthermore, one also imagines that after this scandal, online media with a presence in both Taiwan and China may come under increasing scrutiny—for example, publications of the contemporary pro-unification Left, who have sometimes been accused of taking money from China. Although that would not be impossible, one can easily see where this leads to a witch hunt, as well.

In general, after having been briefly sympathetic, many in Taiwan have lost patience with Wang and his cohort, such as regarding their attempts to capitalize off of the scandal in order to increase his fame and continual attempts to claim that they are being politically persecuted when, for the time being, they are innocent until proven guilty. Seeing as most in Taiwanese society seem to accept these charges against Wang and company as valid, more and more are increasingly tired of their antics and their overt political hypocrisy. Yet going forward, there will indeed be some questions regarding free speech and pro-unification views to be addressed in Taiwan.