Would the NPP Run a Candidate for President in 2020?

AN UNUSUAL SPLIT has opened up in the New Power Party (NPP), with NPP legislator Hsu Yung-ming suggesting that the party should keep its options open with regards to the idea of running a presidential candidate in 2020 elections. Hsu calls for putting the idea to a vote by the party’s general membership.

The obvious concern of the NPP suggesting such an idea is that if the NPP were to run a candidate, this would split the NPP’s vote share with the DPP, as fellow pan-Green political parties. As such, this would make it possible for a KMT candidate to win if the pan-Green vote is divided between the NPP and DPP. 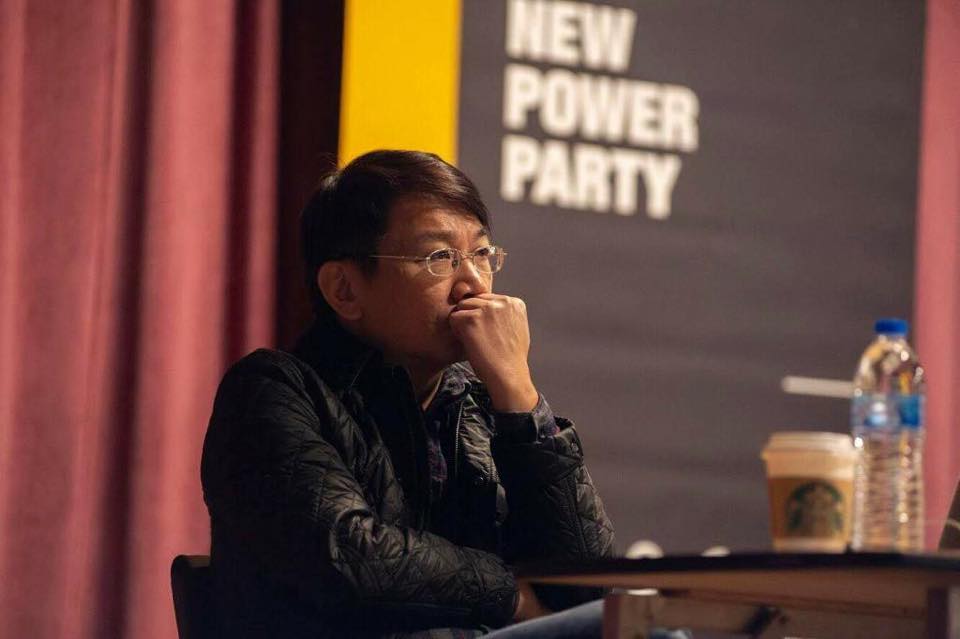 Likewise, an NPP presidential candidate’s chances of electoral victory would be low, given that the party is a small one lacking in resources, and which lacks a nationwide mobilization network in the same way that the DPP or KMT do. It would be a further question as to who the NPP would run, seeing as party heavyweights Freddy Lim or Huang Kuo-chang have expressed a lack of interest in running for president.

Indeed, given that an NPP presidential candidate would almost certainly lose, one generally suspects that if the NPP were to run a presidential candidate, the party’s self-proclaimed aspiration of eventually becoming a party able to compete on equal grounds with the DPP and KMT would be taken less and less seriously. Instead, the NPP would become seen as a fringe third party of the pan-Green camp, much as the PFP and New Party are fringe third parties of the pan-Blue camp.

Confusion within the party after Hsu’s have suggested that many members of the party do not agree with Hsu’s view that the NPP should run a presidential candidate and have been caught off guard by his assertion of this idea. Hsu previously asserted that then-party chair Huang Kuo-chang should run for president, though it would not be impossible for Hsu to assert himself as a candidate either. 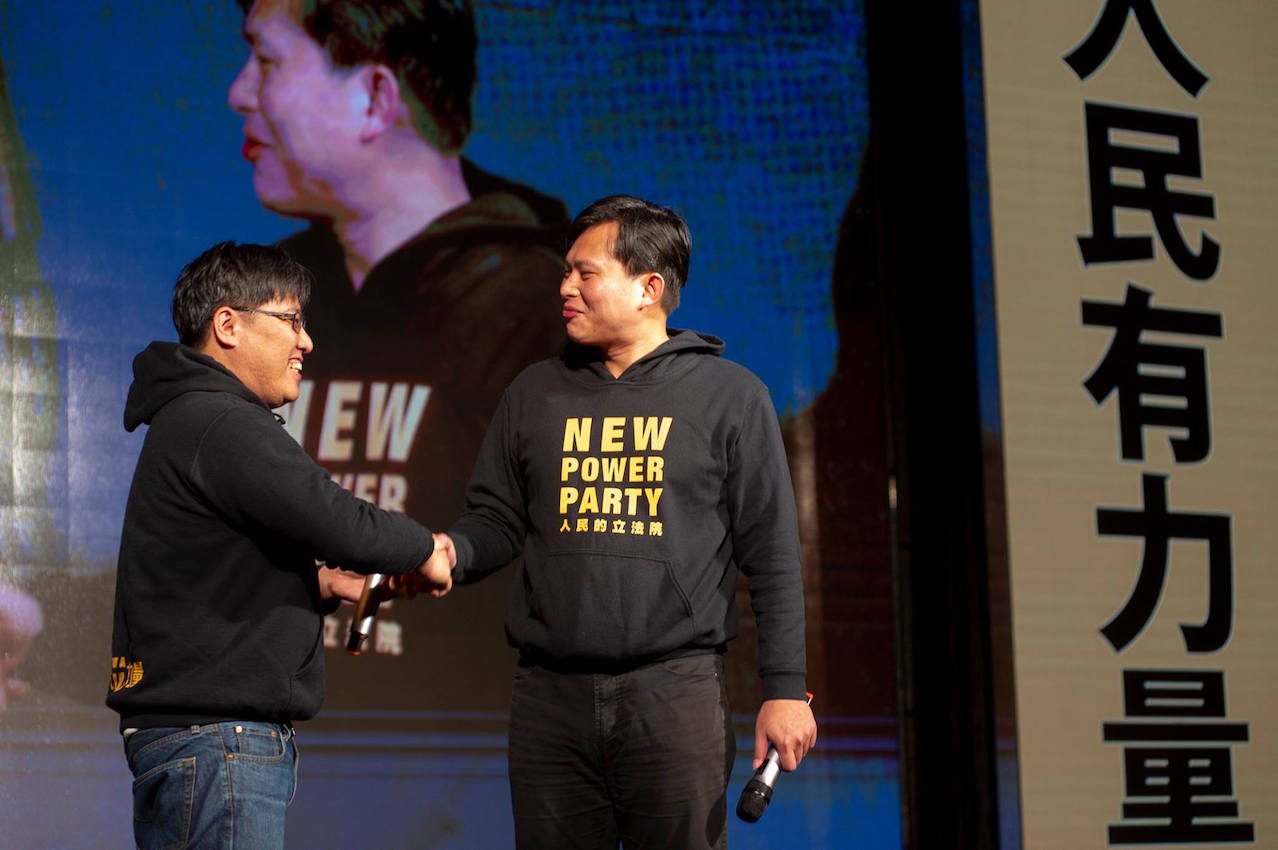 If there is a split between Hsu and other NPP members, then, this may contribute to further splits within the Third Force party. Splits already exist between Freddy Lim and Huang Kuo-chang, regarding Lim’s more moderate stance on Taipei mayor Ko Wen-je, or the NPP’s demonstrations against the Tsai administration’s changes to the Labor Standards Act in 2017, when Huang took a more aggressive stance on such issues. Prominent members of the party, such as activist comedian and politician Neil Peng, had previously left the party because of disagreements with the party leadership.

Indeed, some reports suggest that Huang is considering splitting from the NPP to form a political party with livestreaming personality Holger Chen, Chen having stated that Huang previously approached Chen about potentially running as an NPP candidate in 2020 legislative elections. The name of this new party would reportedly be “White Force,” this being a term originally popularized by Taipei mayor Ko Wen-je in what some viewed as Ko’s attempt to build a political force which would back him in a potential presidential bid during 2018 elections, when Ko was seeking reelection.

Other reports claim that Chen advocated that Huang form a new party, while Huang himself stated that there are indeed plans to form a new Third Force party called the “White Force” by a group of individuals⁠—but he is not among them, though he did try to convince one of their members to instead join the NPP. It has increasingly become a question as to Huang’s relation with the party since he left the post of party chair, with questions as to whether Huang has political disagreements with current NPP chair Handy Chiu, and further murkiness after Huang organized a rally against “red media” last week with Holger Chen, rather than the NPP as a party. It is thought that up to 200,000 may have attended this rally. 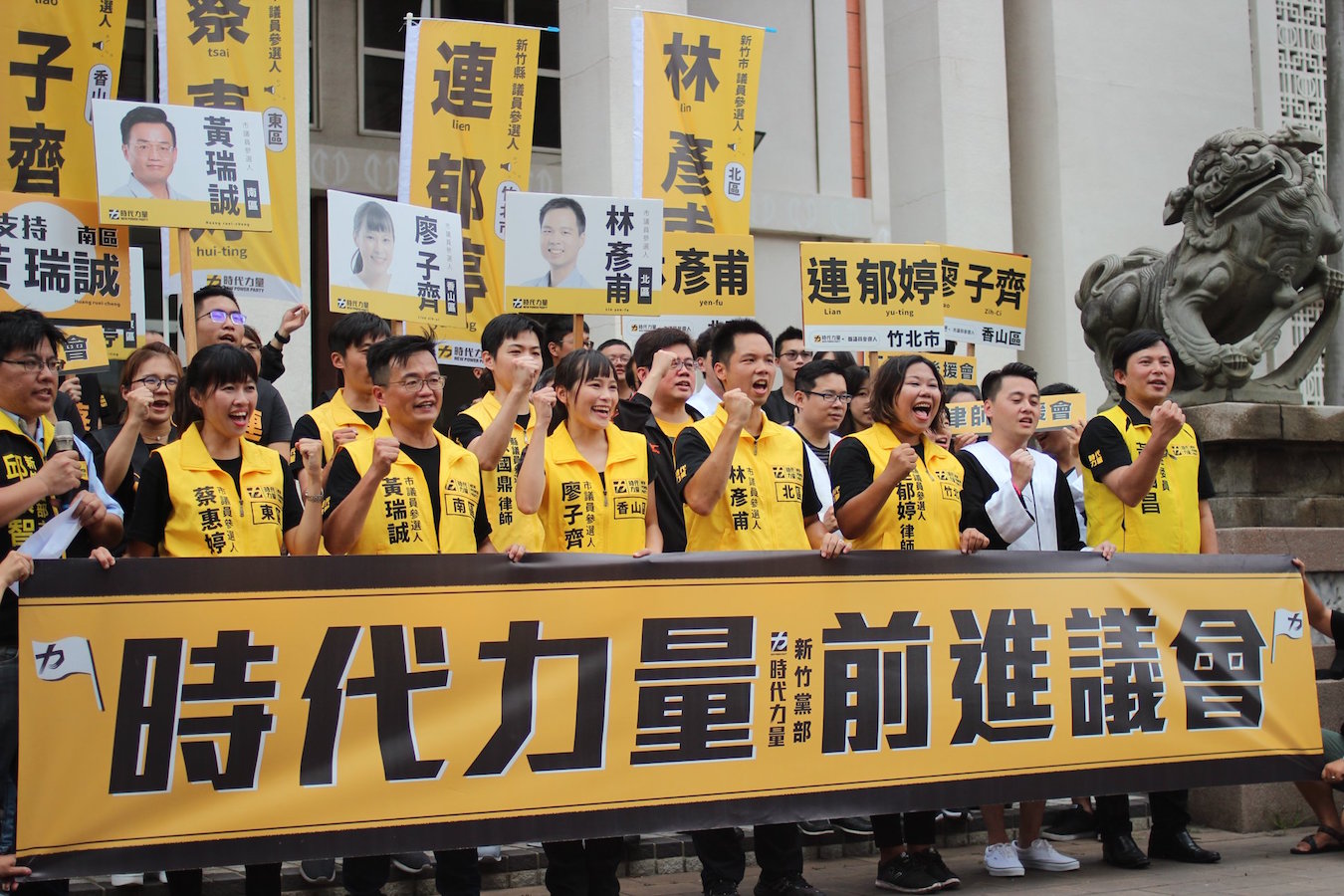 Either way, the internal dynamics of the NPP are becoming increasingly complex. This complexity can be seen as something which has gone hand-in-hand with the expansion of the party in the past year, with the attempt to shift the party leadership to a fifteen-member central committee, local representatives, and general voting by the party membership as a whole, rather than dominance by NPP chair Huang Kuo-chang and the NPP’s five legislators. With growth may come increasing factionalism within the party, something that may spell the doom for what is already a small party with limited resources.

On the other hand, it is possible that Hsu’s suggestion that the NPP should run a presidential candidate is strategic in nature, as a threat against the DPP intended to convince the DPP to make compromises to the NPP. After all, the NPP’s original five legislative seats claimed in 2016 legislative elections were won because the DPP backed out of areas in which NPP candidates ran in order to avoid dividing the vote. The NPP may be hoping to persuade the DPP to do the same this time around. Indeed, NPP legislator Hung Tzu-yung has suggested the notion of working together with other parties, though it is to be questioned whether this would be working together with the DPP or with other third parties.

This remains to be seen, however. At this juncture, it is wholly not impossible that the NPP ultimately undermines itself because of a poorly thought out electoral strategy.