DEMONSTRATIONS IN Hong Kong against the extradition bill continue, with thousands demonstrating yesterday ahead of the G20 conference scheduled to take place in Osaka, Japan from June 28th to June 29th. As such, the aim of yesterday’s demonstration was to call on members of the international community to intervene on Hong Kong’s behalf, as a way of applying international pressure to China. 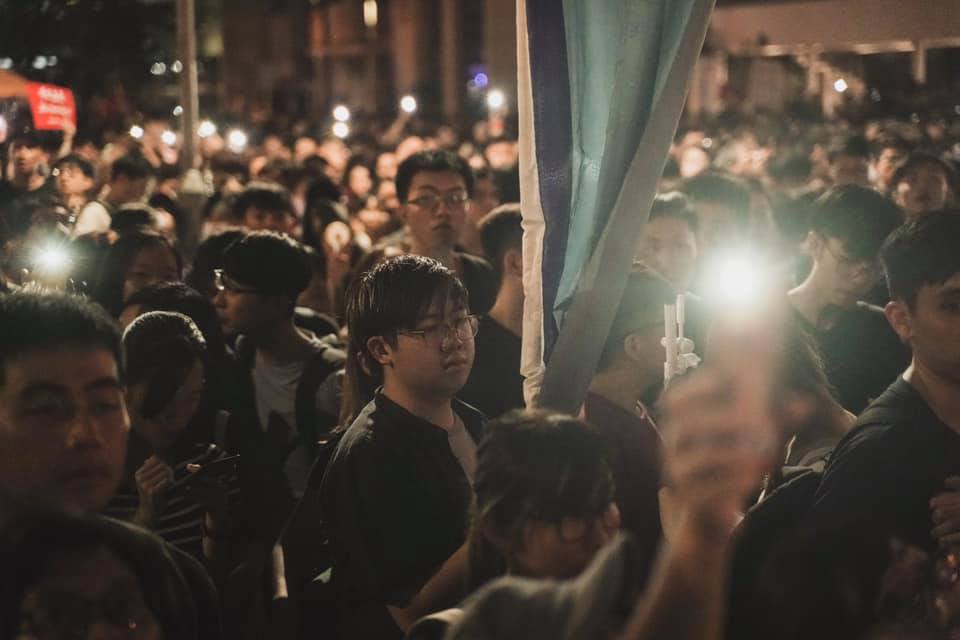 The demonstration began at 8 AM at Edinburgh Place, before proceeding to G20 consulates at 9 AM, and then to the Hong Kong Department of Justice at 10 AM to call on Secretary of Justice Teresa Cheng to resign as a way of taking responsibility for police actions involving violence against demonstrators in past weeks. Demonstrators visited the representative offices of 16 of the twenty G20 countries. A rally with similar demands was held the previous night at 8 PM. Yesterday’s demonstration was called for by the Civil Human Rights Front, which has called for the largest protest actions to date, including demonstrations involving up to two million participants.

Demonstrators broadly call for an independent investigation into the actions of the Hong Kong police, police accountability, the resignation of Hong Kong Chief Executive Carrie Lam, and a full withdrawal of the extradition bill. Demonstrators wore black and filled up streets such as Harcourt Road, Arsenal Road, Gloucester Road, and others.

In the days prior, Hong Kong residents crowdfunded 5.5 million HKD from 22,000 individuals to place ads in international newspapers including the Financial Times,  the New York Times, the Washington Post, Japan Times, and German and Japanese newspapers in order to raise awareness of Hong Kong’s plight before the G20. Crowdfunding was conducted in large part through the Internet forum LIHKG, which has come to play a large role in coordinating protests.

One notes that a similar crowdfunding campaign to take out ads in the New York Times and other international publications took place in Taiwan during the Sunflower Movement. This campaign was organized through PTT, an Internet forum popular in Taiwan. One wonders whether Hong Kong demonstrators took inspiration from Taiwan or whether this was a convergence of similar protest tactics. Indeed, one observes, too, that discourse regarding police brutality similar to that in Taiwan during the Sunflower Movement has emerged in Hong Kong with, for example, the popularity of hip-hop-derived slogans as “Fuck the Popo” or “Fuck the police” in both locations.

What has gained the most attention, however, has been that Hong Kong police headquarters in Wan Chai was again surrounded by protesters into the early morning hours. Before eventually being cleared by police actions and dispersing to various parts of Wan Chai in the early morning, Wan Chai police headquarters was blockaded, protest slogans were painted on the side of the building, and banners affixed to it. Demonstrators also sprayed security cameras with aerosol in order to prevent cameras from being used to identify demonstrators. 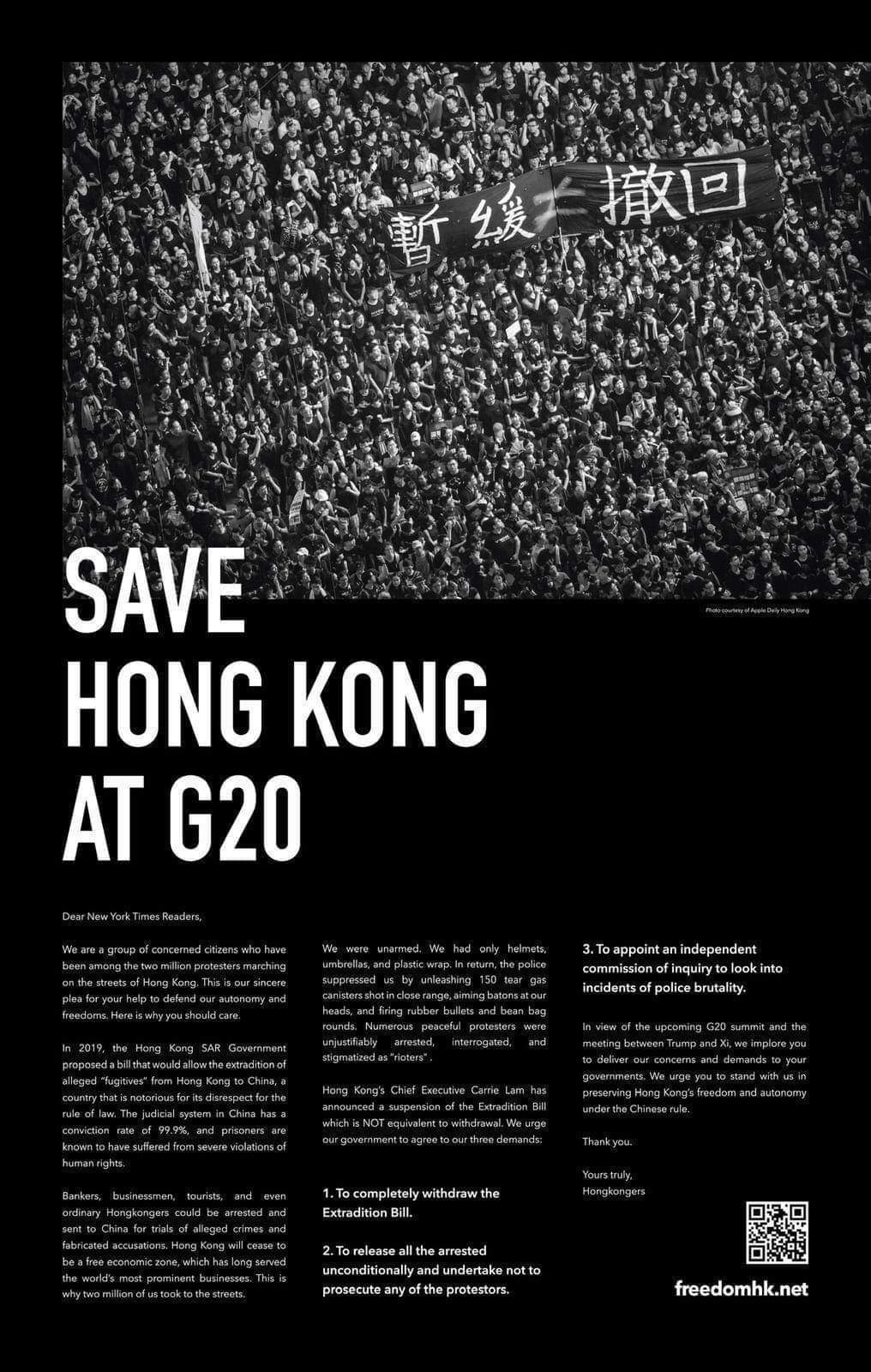 Similarly, individuals in the crowd were also accused of being plainclothes police, in particular one individual who tried to remove a protest banner calling for arrested protestors whose status is still unknown to be released. The man was confronted by the crowd and later entered police headquarters. The man in question was later identified by netizens as a Hong Kong police officer, Sum Cheung. This could have consequences down the line, seeing as a plainclothes police officer can be accused of attempting to “instigate a riot” in provoking the crowd.

Some tensions also emerged between the crowd and protest leaders such as Demosisto’s Joshua Wong, with some disputing Wong’s call for demonstrators to remain on-site until morning for actions called for by Demosisto instead of temporarily withdrawing to rest. This, too, recalls similar disputes between members of the crowd and Wong during the encirclement of Wan Chai police headquarters last week, Wong eventually calling for a referendum of the crowd to decide whether to withdraw or stay outside of police headquarters that ended up not taking place due to disruption from an ambulance.

Namely, Demosisto is at press time calling for another action to take place outside police headquarters at 10 AM and urging all demonstrators to stay outside of Wanchai police headquarters until then, while others suggest it would be a better use of time for some demonstrators to perhaps temporarily withdraw rest. Indeed, such tensions are not new in protests, with similar dynamics having taken place in Taiwan during the Sunflower Movement—most notably with the encirclement of Zhongzheng First Police Precinct on April 11th, 2014 after occupiers who refused to withdraw from around the Legislative Yuan were forcibly cleared by police. The central tension regarding this action was also the question of whether to withdraw or stay from a protest action.

In the meantime, the future course of the movement remains uncertain. Hong Kong Chief Executive Carrie Lam has kept a low public profile in past days, having made no public appearances last week. Nevertheless, leaked comments from a meeting between Lam and business leaders suggest that Lam still has no intention of fully withdrawing the extradition bill. Lam’s approval rating plummeted to its lowest ever this week, with only 32.8% approval. 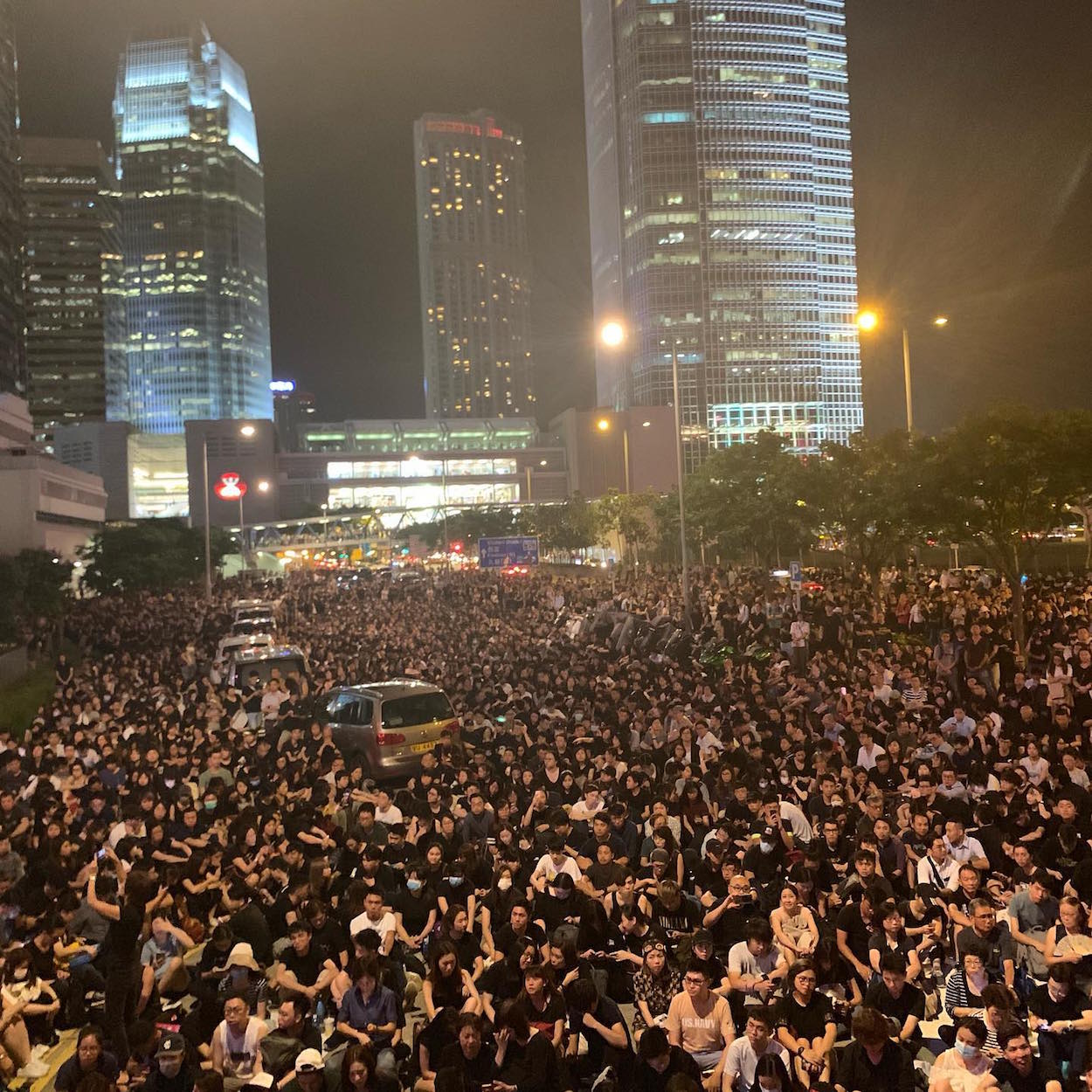 To this extent, the Chinese government will likely claim that demonstrators attempting to appeal to G20 countries is another sign of demonstrations in Hong Kong being the product of foreign intervention by outside powers. Furthermore, the Hong Kong government continues to advance policies which might provoke strong backlash from the public, including passing a law to lease Hong Kong land to the People’s Liberation Army for recreational use—and it should be questioned as to whether Chinese law will apply in this territory, as with the Hong Kong Express Rail Link current leased to China—as well as overturning a conviction against former Chief Executive Donald Tsang.

No solution remains in sight for Hong Kong, then. And it is increasingly apparent that the Hong Kong government is hoping to prolong the issue, in the hopes that demonstrations eventually lose steam.