Despite Two Million Participants in Yesterday’s March, Hong Kong Government Has Yet to Withdraw Extradition Bill 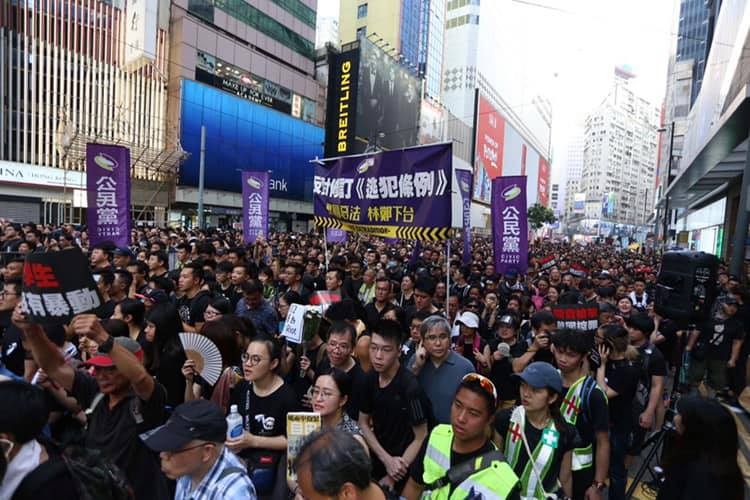 Given the large number of participants, the pace of the march was slow, with some demonstrators marching upwards of six hours. Much media attention has gone to several incidents of ambulances passing through the demonstration, with the crowd parting like the Red Sea in order to allow ambulances through. Likewise, much media attention has gone to the large flowers left outside where a 35-year-old Hong Kong man surnamed Leung fell to his death yesterday while attempt to hang a banner with a message protesting the extradition bill. A candlelight vigil was also held for the man.

After the official end to the march was called at 11 PM by the Civil Human Rights Front, the main organizer of the demonstration and last week’s demonstration, many demonstrators remained active well past midnight and into the late night, refusing to leave until the extradition bill is fully withdrawn and Carrie Lam resigns.

Hong Kong Chief Executive Carrie Lam announced on Saturday that the government would be suspending work on the extradition bill, but Hong Kongers have pointed to this as an attempt at misdirection, since a temporary suspension of the bill could simply mean that efforts to pass the bill resume at a later date. In theory, the bill could still be passed within a 12-day period or the bill could be taken up in a future legislative session.

It was possible that demonstrators who refused to leave would attempt direct action and this would see police reprisal, provoking public outrage. By 6 AM, however, reportedly only several hundred demonstrators remained on Harcourt Road in front of central government headquarters. 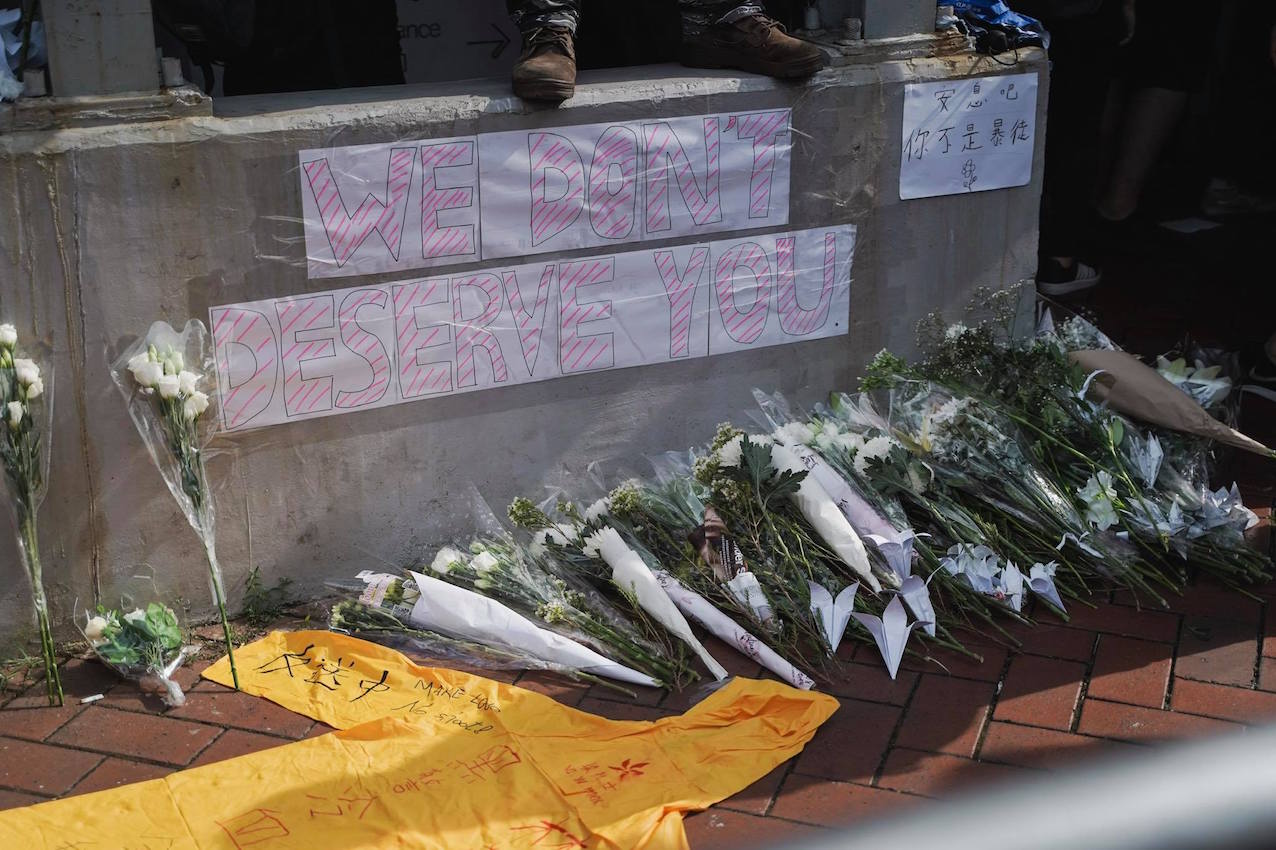 Flowers piled up in memorial for Leung, the man that fell to his death yesterday. Photo credit: Demosisto

Given the strong public backlash against police for the use of rubber bullets, tear gas, and water cannons during demonstrations last Wednesday, police did not take severe measures against demonstrators yesterday. After demonstrators broke down police barriers to take over entire roads on several occasions, police did not respond with force, and seemed to attempt to minimize their presence.

At press time, however, police are attempting to reopen roads for the start of the workday, claiming that they will attempt to persuade the few remaining demonstrators to clear the roads peacefully and that they will be allowed to continue protesting on sidewalks. Some confrontations have broken out between demonstrators and police.

More protests are expected for later today, with another call for a general strike going out. Namely, despite the mass mobilization of Hong Kongers on a historically unprecedented level, the central demands of demonstrators have not yet been met. While Hong Kong Chief Executive Carrie Lam issued a public apology yesterday— striking a very different tone than previous comments in which Lam emphasized her personal sacrifices for Hong Kong and compared protests to a child’s tantrum—neither has the bill been withdrawn nor has Lam resigned. Some have suggested that Lam’s apology reads more as though she is apologizing to Beijing instead of to members of the Hong Kong public.

Even if the bill is withdrawn, it is likely that Hong Kongers will continue to demand Lam’s resignation. Yet this raises issues about whether alternatives to Lam could be worse—after all, the Hong Kong Chief Executive is not chosen by the direct vote of the Hong Kong public, but by members of a 1,200 member election committee whose constitution slants toward the pro-Beijing camp. That being said, however, it is unlikely a general strike will genuinely take place in Hong Kong, given the short notice with which it was announced. 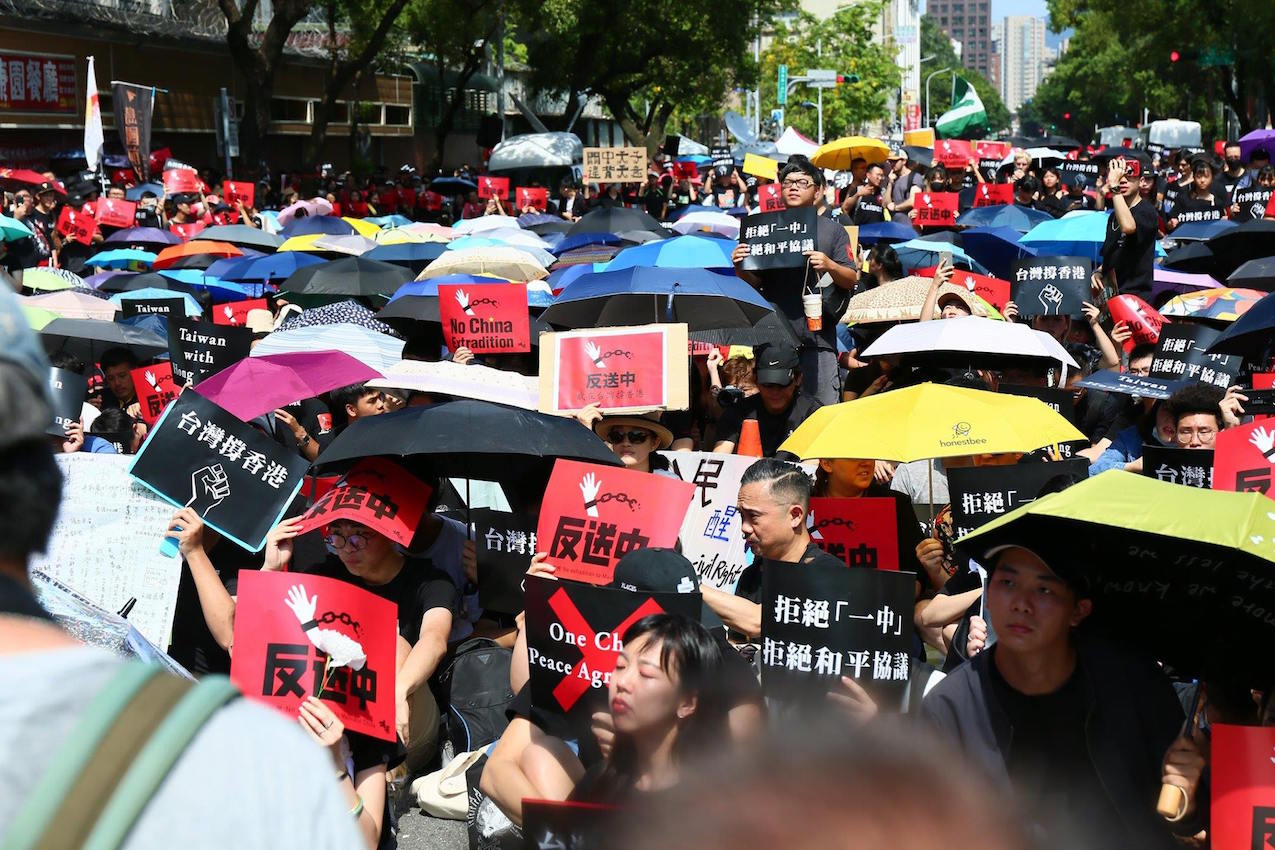 It may be that the Hong Kong government still intends to wait it out, with the hope of outlasting protests. At the same time, with close to 30% of Hong Kong residents demonstrating yesterday, mass protests can continue to be expected—and, in fact, as remarkable as it would be, with so much of the Hong Kong public already mobilized, they might even continue to increase in size. With record-breaking protests taking place on last Sunday and this Sunday, large-scale Sunday demonstrations may simply become a regular event until the bill is withdrawn.

To this extent, while the size of the current set of protests seem to imply that demonstrators have already won, some caution may still be needed. Some have suggested that, as Beijing’s lead proxy in Hong Kong, in backing down from efforts to pass the extradition bill and apologizing, Lam has handed Chinese president Xi Jinping a defeat. But If the Hong Kong government simply refuses to back down, it is still possible that force will ultimately be used to put down the demonstrations.

In the meantime, a large-scale solidarity rally for Hong Kong was held yesterday in Taipei, bringing over 10,000 out to demonstrate against the extradition bill. This is likely the largest of the global solidarity rallies held for Hong Kong to date, as organized by the Taiwan Citizen Front. The Taiwan Citizen Front is a recently formed civil society group composed of an alliance of civil society NGOs and Third Force parties that were key players in the 2014 Sunflower Movement. The solidarity rally culminates a week of consecutive solidarity rallies held in the past week in Taiwan, organized by Hong Kongers residing in Taiwan, post-Sunflower Movement activists, church groups, leftist organizations, Taiwanese living in Japan, and others. At least one solidarity rally took place per day from last Sunday to this Sunday.

Demonstrations against the extradition bill in Hong Kong and the strong response in support of Hong Kong in Taiwan has already exerted a strong effect on 2020 presidential elections. KMT presidential aspirants such as Han Kuo-yu, Terry Gou, and Eric Chu have noticeably backed away from previous comments calling for closer cross-strait relations with China. 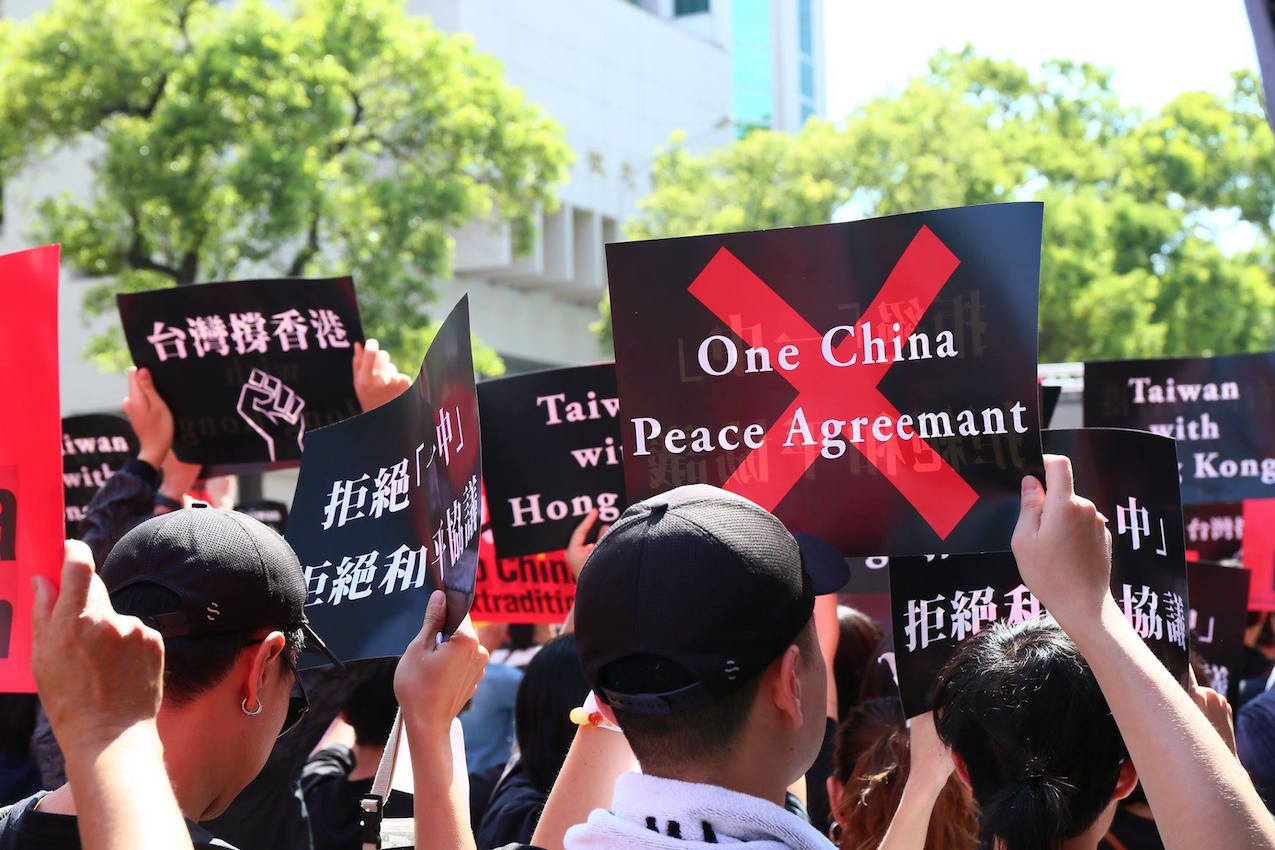 Han previously claimed to know nothing about protests in Hong Kong. Nevertheless, Han claimed on Saturday that “One country, two systems” would only take place “over my dead body”—Han mimicking a Sunflower Movement slogan in saying this—despite previously referring to the ROC as the “ROC area” in public comments about the extradition bill a few days earlier, suggesting that Han views Taiwan as part of China. Gou would in public comments refer to “One Country, Two Systems,” as having failed in Hong Kong and Eric Chu would claim in comments that the KMT has never aspired toward realizing “One Country, Two Systems” in Taiwan.

As such, at the very least, demonstrations in Hong Kong have had an effect in Taiwan. Nevertheless, it is also worth noting that despite talk from pan-Green politicians of the need for Taiwan to aid Hong Kong, few concrete action plans have yet been put forward by politicians, such as taking legal measures to allow Hong Kong asylum seekers to flee to Taiwan if they need to escape deteriorating political conditions in Hong Kong. Whether this is all talk or whether such talk will be followed up with action is still to be seen.