PROTESTS CONTINUE in Hong Kong, with demonstrations again taking place over the past weekend. This week marks the 21st week since protests began.

A Saturday rally against police brutality in Chater Garden organized by medical professionals drew over 10,000, according to organizers, while police claimed that over 2,000 attended the rally. The rally ended peacefully. However, the same day, a spontaneous rally took place in Yuen Long with the aim of “reclaiming” the neighborhood, leading police to fire tear gas at participants. 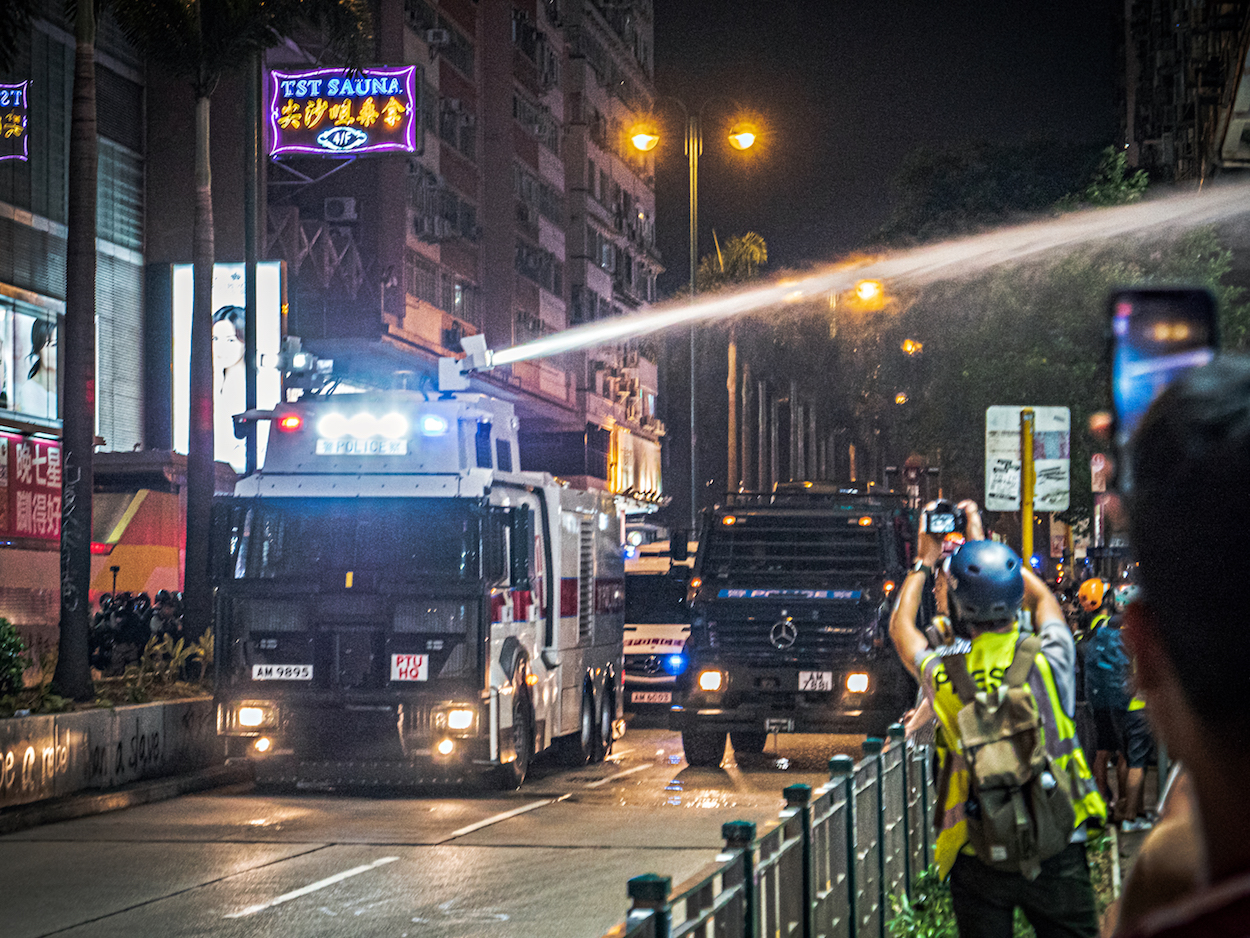 On Sunday, hundreds of demonstrators gathered in Kwan Tung to fold paper cranes to memorialize those who have died in the course of or who were injured during the movement to date. A rally at Salisbury in Tsim Sha Tsui that began at 3 PM was also attacked by police, leading to mobile clashes with police through multiple districts in Hong Kong. Clashes with police took place in Yau Tsim Mong, Mong Kok, and other parts of Kowloon, among other locations, and Molotov cocktails were thrown at a police station in Sham Shui Po.

As with past weeks, police have come under fire for abuses of power, such as conducting random searches and arrests of civilians on spurious charges, or arresting a street performer for playing the protest anthem, “Glory to Hong Kong”. In a notable incident, police will now require a group of joggers that regularly jog in the Ma On Shan Sports Ground to apply for a letter of no objection to hold a public gathering seven days in advance, pointing to the severe limits on the freedom of assembly currently enforced by the Hong Kong police.

In particular, much outrage over the weekend has focused on attacks on journalists, with police filmed forcing one RTHK journalist to remove her gas mask, and otherwise attempting to prevent journalists from using gas masks to prevent from breathing in tear gas. A reporter was shot in the leg after riot police opened fire at close range and police were otherwise filmed pointing guns at close range at demonstrators and reporters. A freelancer for the Hong Kong Free Press was detained for seven hours. This led the Hong Kong Foreign Correspondents’ Club to issue a criticism of the actions of the Hong Kong Police Force and freelance journalist Amy Ip to stage a public protest at a press conference at Hong Kong police headquarters in Wan Chai.

As has happened many times to date during the past weeks, attacks on pro-democracy politicians took place over the weekend as well. Brandon Kenneth Yip, who is running in the Tseung Kwan O district for the district councilor elections, was attacked over the weekend by a middle-aged man, although it unclear whether this was an attempt at theft or a politically motivated assault. 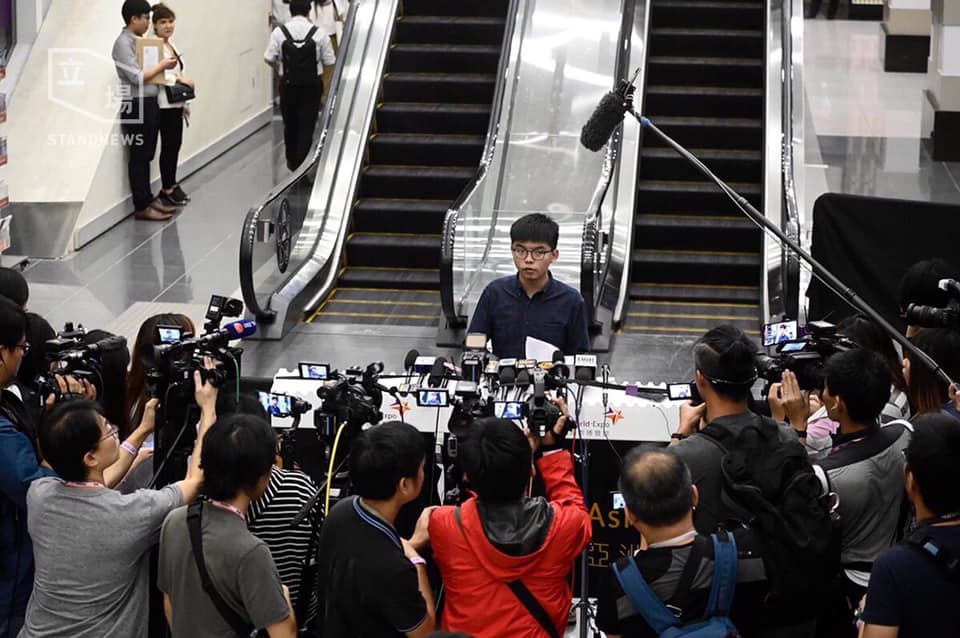 Likewise, it currently does not appear that murder suspect Chan Tong-kai, whose murder case indirectly caused the current set of protests, will be sent to Taiwan in order to face charges. This is after the Tsai administration stated that it would only accept Chan if it arrests him, rather than Chan voluntarily turning himself in. It is feared that Chan voluntarily turning himself into Taiwanese authorities could be used to justify future extraditions of Hongkongers and as a way to damage the credibility of the Tsai administration. Although the Taiwanese police traveled to Hong Kong to escort him to Taiwan, it is now claimed that Chan would only turn himself in after the 2020 presidential elections.

Some question whether the current set of protests in Hong Kong are dying down, given the lack of mass rallies in past weeks, and the possibility that the energy of the movement could be redirected toward district councilor elections or toward smaller, regularly occurring demonstrations. However, even if so, it is clear that the political situation in Hong Kong is far from being resolved.