THE APPLE DAILY printed its last edition today, with the newspaper forced to shutter after the freezing of its assets by the Hong Kong government. The newspaper also shut down its website and social media accounts at midnight yesterday, with many netizens rushing to back-up the website.

This brings an end to the twenty-six years of history for the paper, one of the last remaining pro-democracy media outlets able to operate in Hong Kong. It can be expected that the closure of the Apple Daily in a matter of mere days will have a chilling effect on Hong Kong media going forward.

In particular, the closure comes after the Apple Daily’s offices were raided by five hundred police officers last week, during which five media executives including the newspaper’s editor-in-chief, its chief operating officer, and the CEO of its publisher were arrested. Subsequently, 18 million Hong Kong dollars in funds belonging to companies linked to the Apple Daily were frozen, with banks that dealt with the Apple Daily’s resources threatened with legal punishments including jail time if they allowed Apple Daily access. 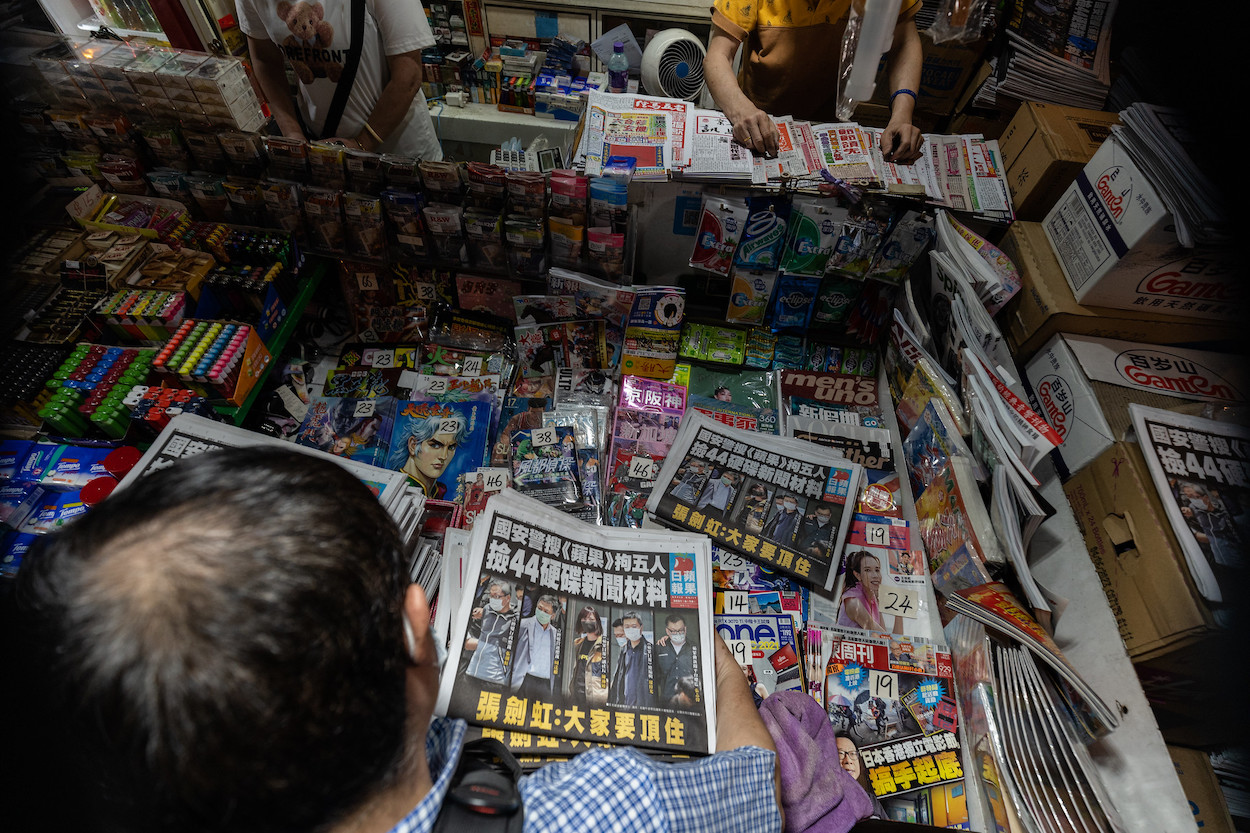 Appeals by the newspaper to the Hong Kong government to unfreeze its bank accounts were unsuccessful. The arrests and raid followed suit on the arrest of owner Jimmy Lai, whose bank accounts were also frozen in May as part of a move probably aimed at affecting the Apple Daily. Media executives at the Apple Daily were arrested with the claim that they were colluding with foreign forces and that their reports were aimed at inciting the imposition of foreign sanctions on Hong Kong, something that the international community has done claiming that this would affect China. 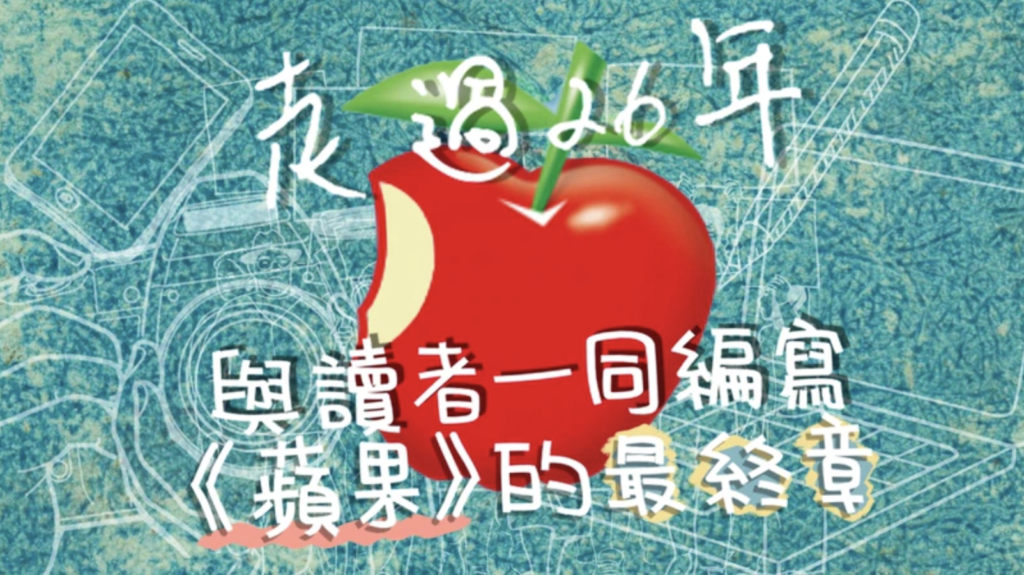 Banner posted on the Apple Daily’s website shortly before it was taken offline. Photo credit: Screenshot

Some of the last articles on the newspaper’s website reflected on the history of Hong Kong as interlinked with the twenty-six years that the Apple Daily was in operation, while also calling on Hongkongers to keep up the fight in dark times. As the Apple Daily was known for its sensationalist, tabloid news coverage, staying true to character, one of the last articles was also a farewell from the newspaper’s paparazzi team.

The shut down may have occurred prematurely because the newspaper was operating on a skeleton staff, following the company issuing an internal memo on Monday that it could not guarantee being able to pay staff and that they could quit immediately.

However, it is not out of the question that the Apple Daily decided to shut down operations ahead of time because of the possibility that the Hong Kong government would make further attempts to legally prosecute former staff of the Apple Daily. Yesterday, Hong Kong saw the first trial of a pro-democracy activist under the national security law, that of 24-year-old Tong Ying-kit.

More directly pertaining to the Apple Daily, a 51-year-old Chinese man named Yeung Ching-Kei was arrested on Wednesday on national security charges. The Apple Daily later revealed that Yeung was its lead opinion writer, publishing under the pen name Li Ping. After Yeung’s arrest, staff were told not to return to the Apple Daily’s offices, while some staff that were already at the offices were told to leave. 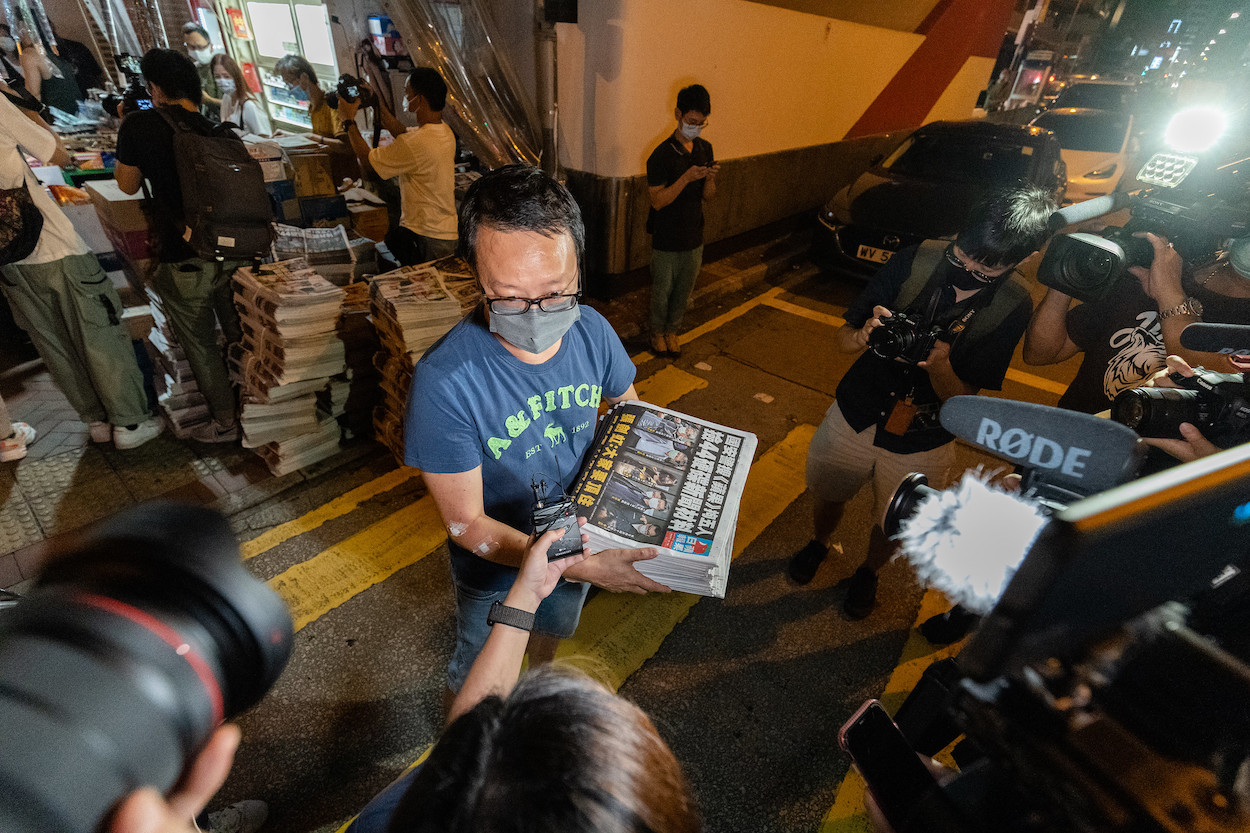 Some question whether the Hong Kong government’s media crackdown will continue. Public broadcaster RTHK, which has been highly critical of the government in its coverage, already has had archives of past programs deleted, journalists fired through contract non-renewals, and journalists fined under trumped-up charges. In particular, online media platform Stand News has been singled out as an outlet that is likely to be targeted.

Indeed, as a daily print newspaper, the Apple Daily was a major player in the Hong Kong media ecosystem. Although one expects a shift toward smaller, online platforms in the wake of its collapse, the same tactics used against the Apple Daily could be used against smaller outlets as well. Such outlets have fewer resources and legal capacity to combat legal targeting by the Hong Kong government.

For its part, Hong Kong government officials such as Carrie Lam have justified the crackdown, claiming that the Apple Daily’s actions went beyond the pale. Yet, broadly speaking, one expects dark days to be ahead for Hong Kong media.