PROTESTS CONTINUE in Hong Kong, with a series of protests yesterday culminating in demonstrators surrounding Hong Kong police headquarters in Wan Chai into the early morning hours. Demonstrations yesterday were intended to escalate events in Hong Kong, given that the extradition bill pushed for by the Hong Kong government has not been withdrawn, merely temporarily suspended, though most of the demonstrators that surrounded Wan Chai police headquarters dispersed by 1 AM.

Demonstrators set a deadline for Hong Kong Chief Executive Carrie Lam to fully withdraw the bill on Thursday afternoon. Protests on Sunday regarding the issue drew over 2 million protesters onto the streets⁠—close to 30% of Hong Kong’s total population. 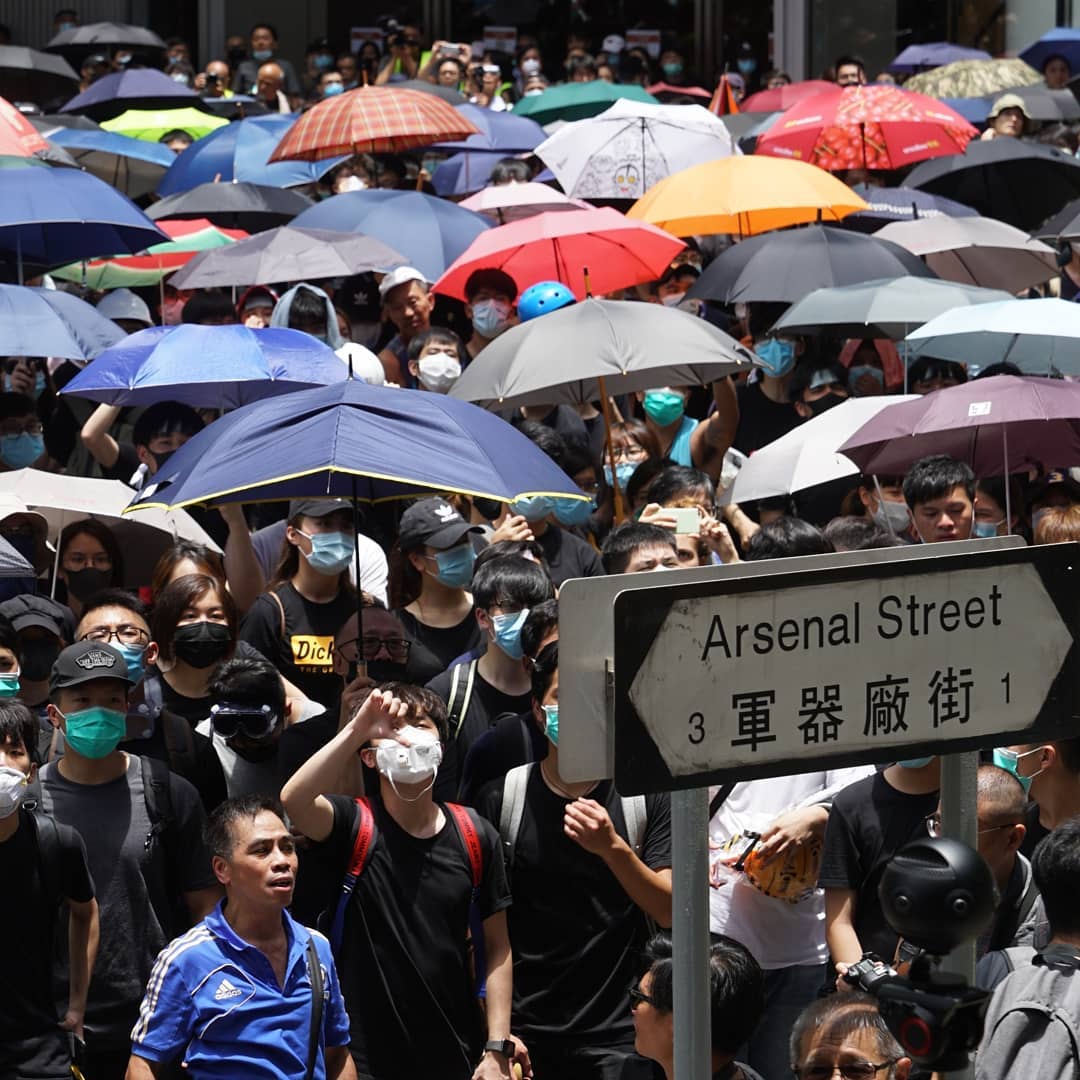 Yet though Lam has held several press conferences in the past week, leading to speculation that Lam would be announcing her resignation or the withdrawal of the bill, Lam instead has not only refused to withdraw the bill, but her apologies have generally attempted to skirt key issues regarding political responsibility for the bill. This began last Sunday, during which Lam apologized to the Hong Kong public but otherwise did little to respond to the Hong Kong public, and this has also continued with apologies made by Lam in past days. As a previous apology involved Lam crying while discussing the sacrifices she has made for Hong Kong, much mockery of Lam online in past days has revolved around Lam preparing a tissue box at her podium ahead of time during press conferences.

As with other demonstrations past weeks, yesterday’s protests were largely structureless and decentralized. Instead, various calls online for different actions to take place led to the development of other actions.

Yesterday’s demonstrations, for example, began with online calls for demonstrators to surround Hong Kong government headquarters starting at 7 AM, calls for memorialization of a demonstrator that fell to his death, and calls to “picnic, stroll, and sing hymns”⁠—namely, it has become a tactic of demonstrators to sing the religious hymn, “Sing Hallelujah to the Lord” in order to avoid being dispersed by the police, seeing as it is against the law in Hong Kong for police to forcibly disperse religious gatherings. From this, demonstrators came to occupy roads and intersections such as Harcourt Road, Arsenal Street, parts of Gloucester Street, and to surround Hong Kong police headquarters in Wan Chai. 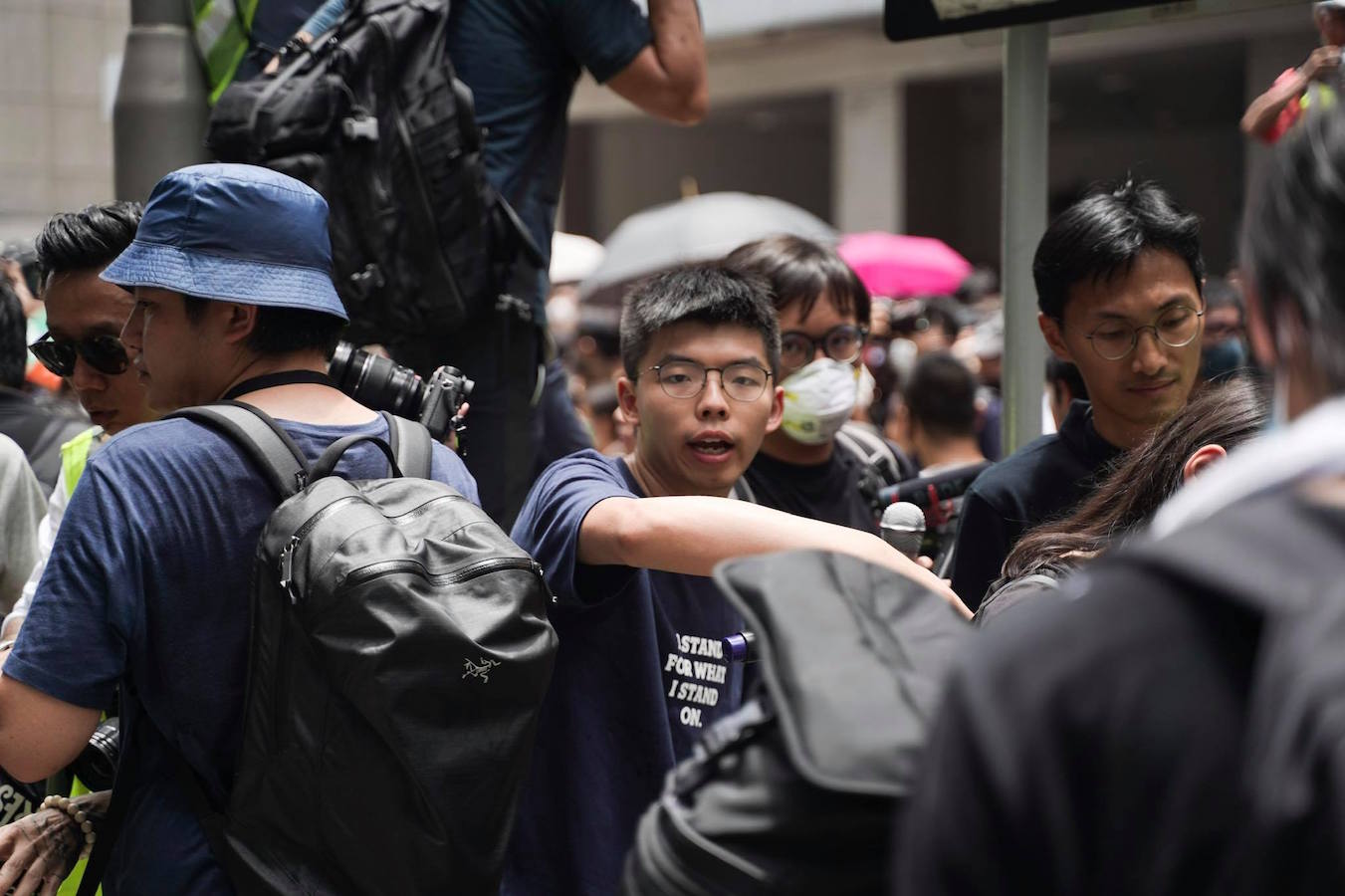 Joshua Wong in front of the crowd in Wan Chai. Photo credit: Demosisto/Facebook

Despite demonstrations to date remaining primarily leaderless, with known social movement leaders and pan-Democratic politicians refraining from trying to step in and lead the movement, tensions seem to be on the rise between participants in mass action and established leaders. Demosisto convenor Joshua Wong⁠—who was released from jail on Monday on good behavior⁠—and pan-Democratic legislator Lam Cheuk-ting were among those to urge calm from protesters, attempting to dissuade them from forcibly escalating by occupying Hong Kong police headquarters. At one point, Wong called for a referendum from the assembled people about whether to stay outside police headquarters or leave, but this did not take place due to an ambulance which was attempting to enter police headquarters. As such, it may be that questions about the role of leaders in a supposedly leaderless movement are on the rise.

In the meantime, it remains to be seen if the Hong Kong government will simply continue to shrug off the demands of demonstrators. Demonstrators call for the resignation of Hong Kong Chief Executive Carrie Lam, an independent investigation into the police violence which took place last week, for the release of those arrested during the demonstrations last week, for demonstrations last week not to be labeled as a “riot,” and for the extradition bill to be withdrawn.

The Hong Kong Bar Association has been among those to call for an independent investigation. Amnesty International, likewise, has released footage verifying police violence in past weeks. Yet the Hong Kong police has to date rejected calls for an investigation. Nonetheless, splits may be emerging in the pro-Beijing camp, with some voices calling for caution. Earlier this week, LegCo speaker Andrew Leung called for the similarly controversial National Anthem Bill to be tabled during the current legislative session, having earlier called for a delay on the extradition bill. 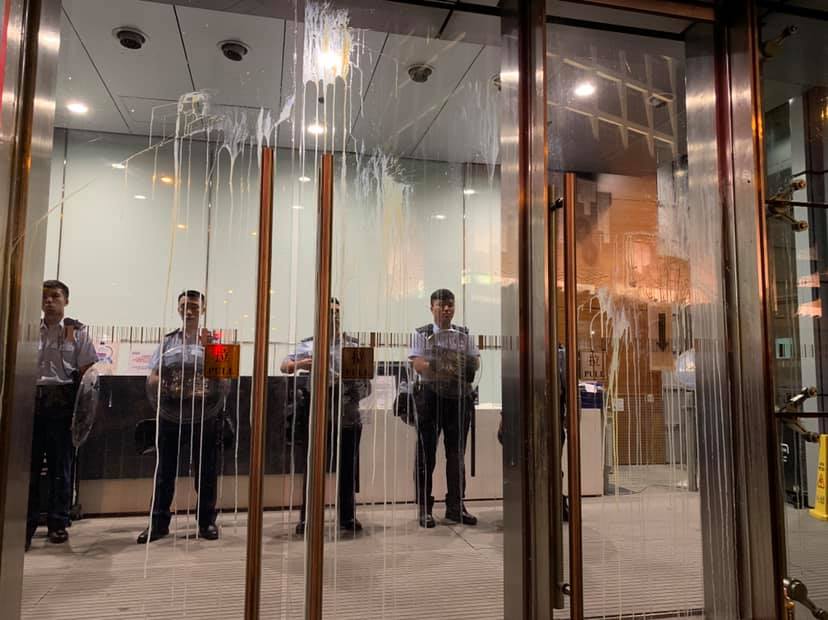 Demonstrations will clearly continue in Hong Kong, then, in the coming week. It seems unlikely that the current set of protests will end unless Carrie Lam resigns, even though Lam resigning would only mean Lam being replaced with another pro-Beijing politician. To this extent, it still remains a question as to whether the government response could possibly involve an escalation of force⁠—the most dire possibility being the People’s Liberation Army being deployed in Hong Kong⁠—instead of backing down.