A WAVE OF arrests has taken place in Hong Kong over the past week. Three former leading members of the now-disbanded Demosisto were the latest to be arrested, with Joshua Wong, Agnes Chow, and Ivan Lam pleading guilty yesterday to charges related to a protest that took place last year. Wong, Chow, and Lam are 24, 23, and 26 respectively.

Wong pleaded guilty to organizing and inciting the protest, Lam pleaded guilty to incitement, and Chow pleaded guilty to inciting and participating in the protest. Because of the three guilty pleas, the three were immediately sent to jail for sentencing. It is possible that they could be jailed for up to five years. Demosisto was formed after the Umbrella Movement from Wong’s previous group, Scholarism, as a youth-oriented political party but the group announced its disbandment earlier this year to avoid members being targeted under the national security law. 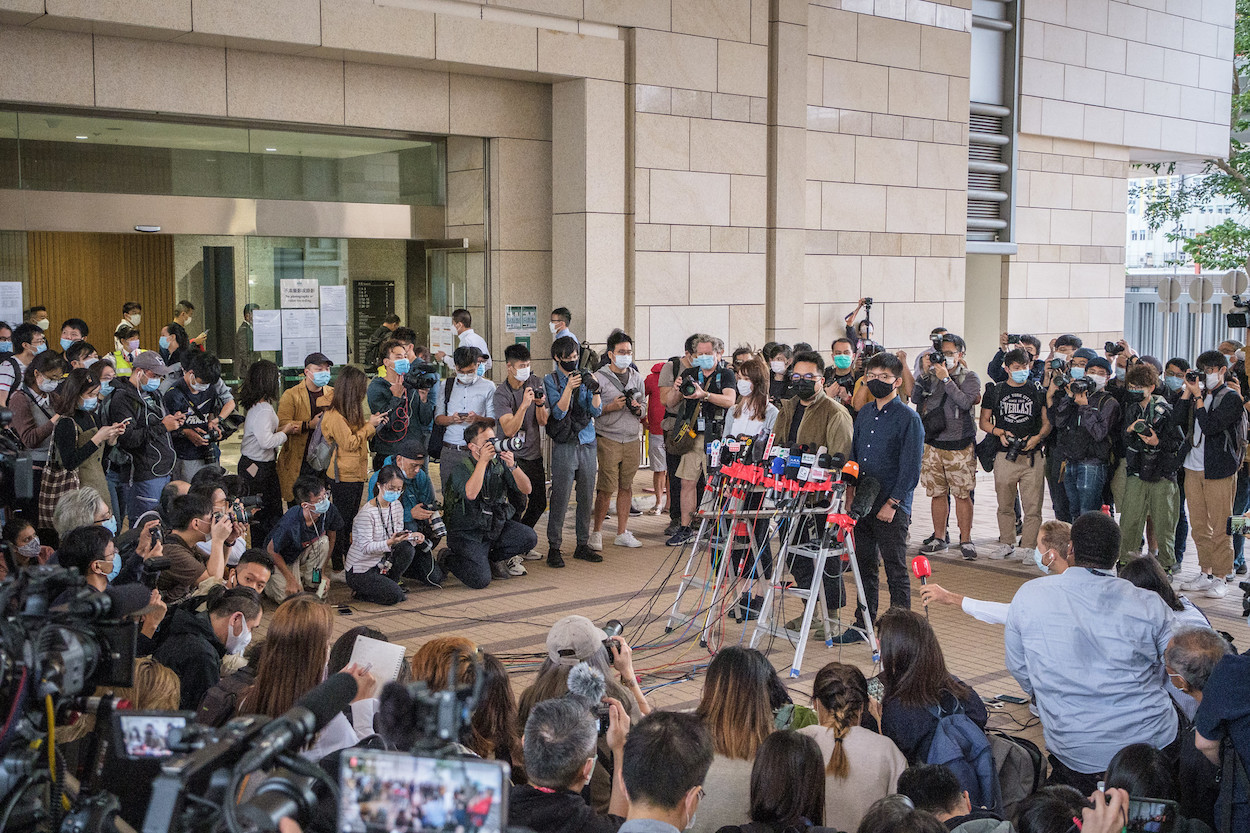 Wong, however, stated in public comments that he faced relatively light charges from early on in the protests that have taken place in Hong Kong over the past year and on Twitter sought to redirect attention to the plight of twelve Hongkongers currently imprisoned in China after attempting to flee to Taiwan. The twelve Hongkongers, the youngest of which was sixteen and the oldest of which was thirty-three, were intercepted by the Chinese coast guard, then detained without access to lawyers.

Wong had stated that, as Hong Kong’s most internationally known dissident, it was anticipated that he would eventually be targeted by the national security law passed in June. Wong has faced previous arrests this year, such as in May and September, but the severity of charges against Wong are increasing. Wong has cited being abused during previous stints in jail, including being interrogated while forced to squat naked.

Another recent arrest had to do with efforts by Hongkongers to flee to Taiwan. Wan Yiu-sing, an online radio DJ better known as Giggs on the Internet radio channel D100, was arrested along with his wife and assistant on charges of money laundering and violating the national security law. Giggs was accused of raising funds to assist Hong Kong protesters fleeing to Taiwan, his radio program having often focused on protest-related issues and openly crowdfunded to support protesters.

More generally, the media is coming under increasing scrutiny from authorities in Hong Kong. Bao Choy, a journalist for public broadcaster RTHK, was arrested earlier this month and prevented from communicating with colleagues. Choy was arrested on charges of making false statements under the Road Traffic Ordinance for searching for information on cars in a publicly accessible database, while investigating cars near where attacks by individuals thought to be gangsters on protesters in Yuen Long last July took place. 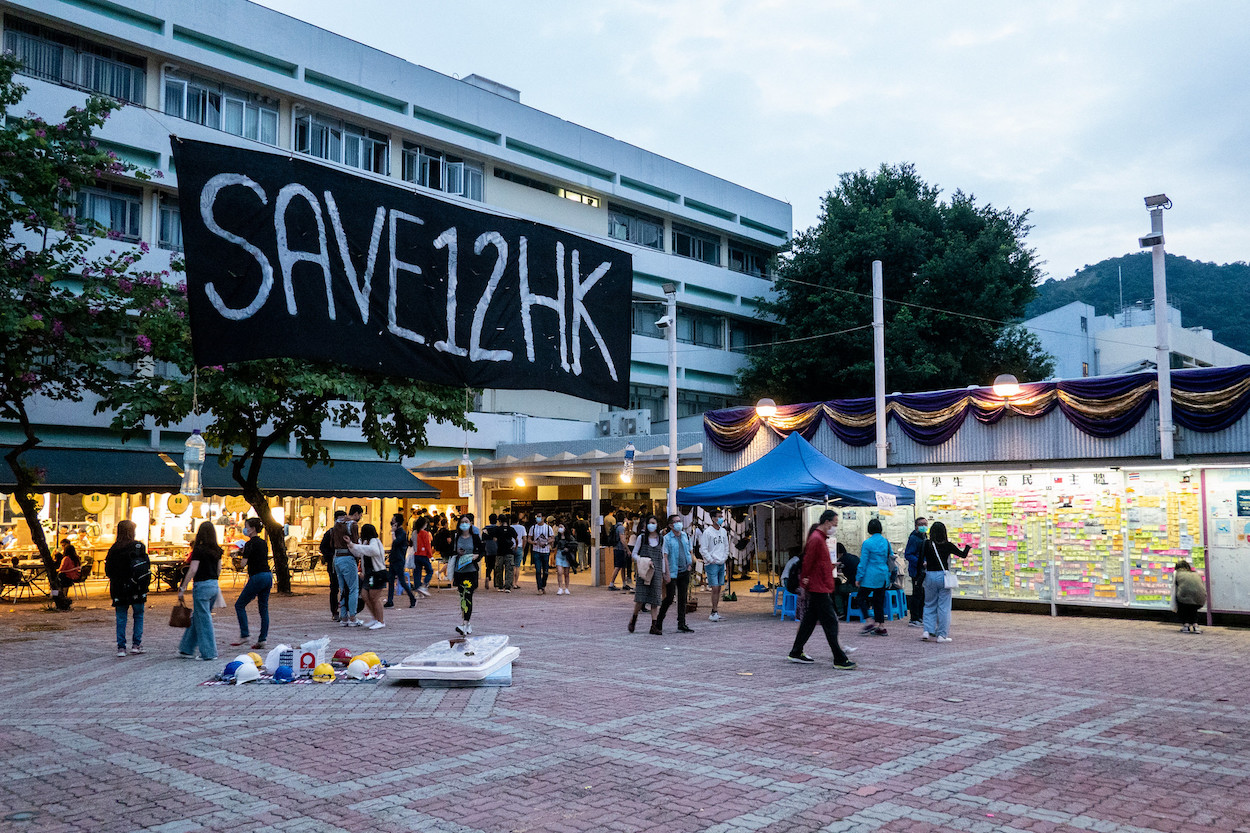 Through conducting these searches, Choy was hoping to identify the attackers. The fact that the Hong Kong government is legally prosecuting journalists carrying out investigative reports is likely to have a chilling effect on the media going forward. Previously, RTHK was reported as having reopened an investigation into journalist Nabela Qoser, known for her confrontational questioning of Hong Kong Chief Executive Carrie Lam at press conferences, after having suspended her for three years on probation as a civil servant, then extended this probation by another 120 days.

Three former pro-democracy legislators, Ray Chan, Eddie Chu Hoi-dick, and Ted Hui, were also arrested earlier this month over charges related to throwing a foul-smelling liquid in the legislature during two incidents earlier this year as an act of protest. The incidents took place in May and June.

With the apparent foreclosure of electoral means of resistance, pan-Democrats resigned as a means of forcing the issue, in order to avoid gradual attrition by the Hong Kong government. Yet it is the case that even after their resignation, Hong Kong legislators will continue to face charges regarding past acts of protest. 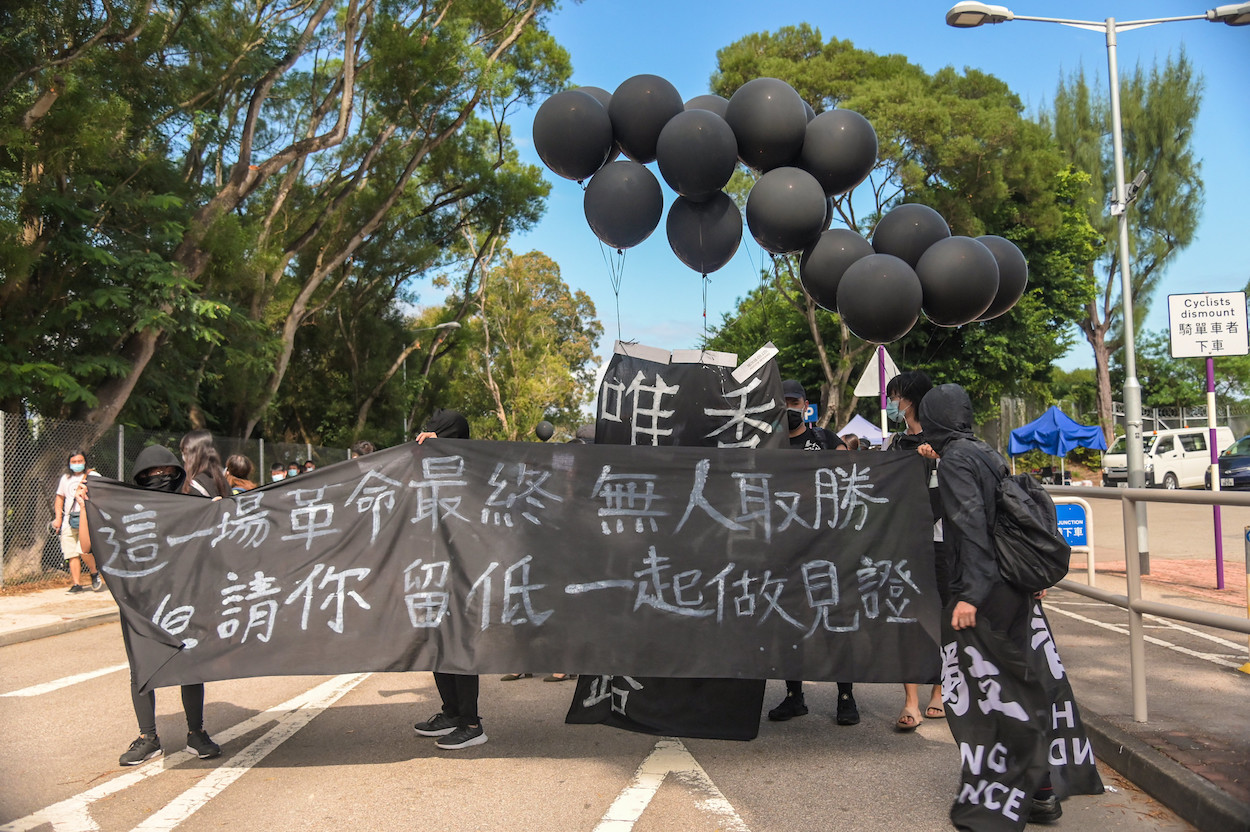