“DO YOU AGREE that Hong Kong is part of China? If yes, then what’s wrong with the central government revising the national security laws where it sees fit? Without any doubt, China is more sensible [than the US] in its foreign policy and relationships with other countries. Threatening, finger-pointing, and prejudice are never our things.”

“White and black people alike are having their businesses looted, destroyed, and lives are being lost. We all bleed the same color! Enough is enough with racism on both sides!”

The algorithmic gods at Facebook saw fit to present these posts to me over the past week, one from a Chinese former classmate and the other referenced in a post by a friend in the US. Reflecting on the news cycle over the past week, it has become clear that two radically different socio-political contexts can nevertheless share imbricated degrees of myopia and ethnocentrism. Hypernationalist, visceral reactions have been strategically abetted by the political agendas of both countries’ authoritarian leaders. One thrives on Han chauvinism; the other’s political oxygen is white supremacy. 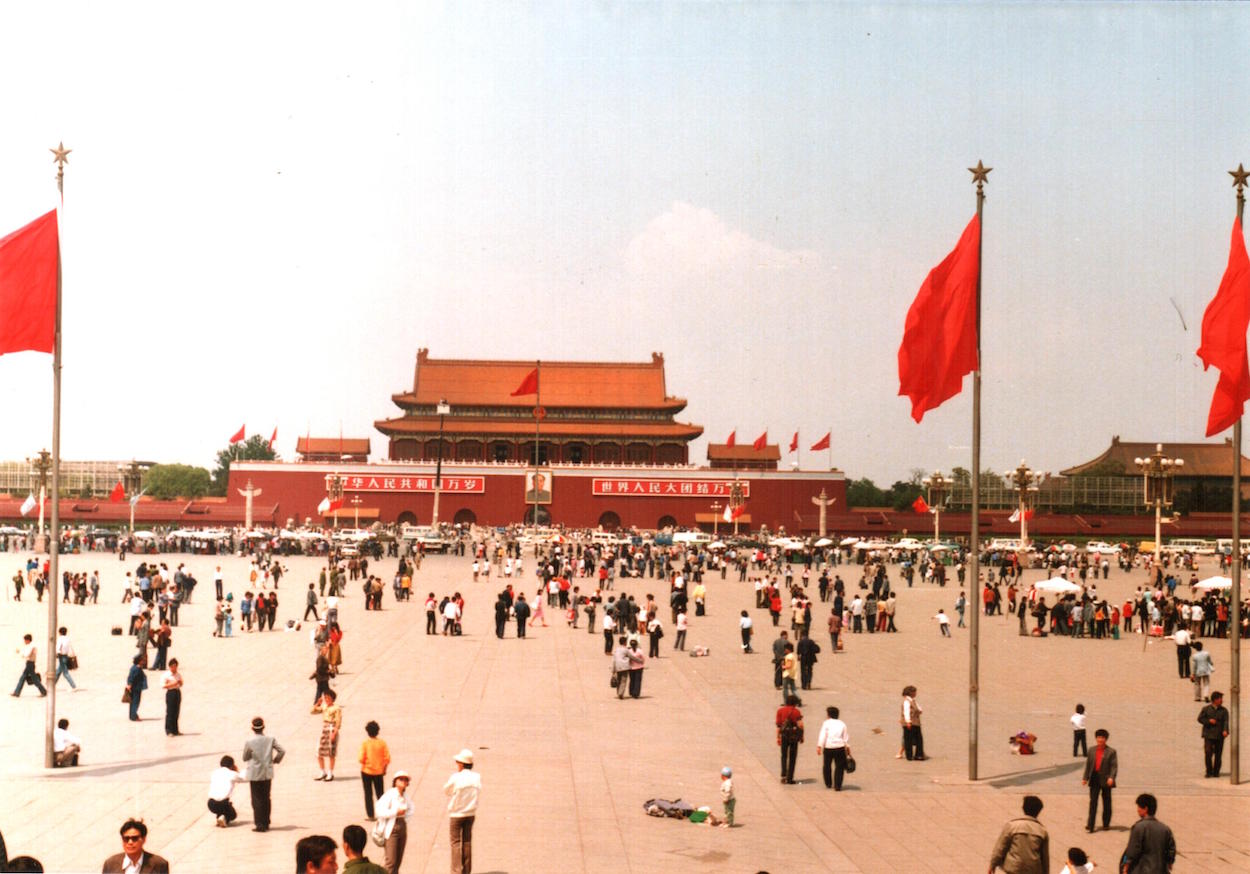 In The People’s Republic of Amnesia: Tiananmen Revisited, Louisa Lim methodically lays out the myriad ways the Chinese Communist Party (CCP) has erased, suppressed, and systematically dismantled all public memory and official acknowledgment of the massacre of Chinese students fighting for democratic reforms. The crackdown on protesters that culminated on June 4th, 1989 (or “6/4” as it’s remembered in Chinese) was not limited to Beijing; Chengdu and other cities around China also experienced concomitant student uprisings, as Lim’s painstaking field research details. But all these years later why does this still matter? In her afterword, Lim ponders this question by quoting Lu Xun, a leading figure in China’s reformist New Culture Movement, who, in recalling a previous massacre in Tiananmen Square from 1926, wrote: “This is not the conclusion of an incident, but a new beginning. Lies written in ink can never disguise facts written in blood. All blood debts must be repaid in kind: the longer the delay, the greater the interest.”

Ninety-four years later, with the fight for self-determination in Hong Kong suffering an unprecedented blow by Beijing the very same week that protests calling for racial justice erupted in US cities following the neo-lynching of George Floyd in Minneapolis, Lu Xun’s words ring perpetually prophetic and heuristic apropos our current malaise. As University of Minnesota professor Aren Aizura opined earlier this week: “In this pandemic, after so much gratuitous Black death from COVID, in Trump’s eerie light which reveals every white supremacist ‘bug’ of the nation-state as a feature, people are done”. Similar words could be penned to describe the feelings of indignation and desperation that millions of disenfranchised Hong Kongers are currently experiencing, not to mention the intensified decimation and disappearances of China’s human rights lawyers, citizen journalists, and other critics of the CCP under Xi Jinping.

Trump’s neofascist rhetoric and autocratic hankering are intolerable; and Xi’s assault on Hong Kong’s autonomy, his concentration camps (let’s not euphemistically depict these abuses as mere “re-education”) for Uyghurs in East Turkestan (what the CCP insists be called “Xinjiang”), and suppression of Tibetans in CCP-occupied territories are demonstrably horrific human rights violations. Democratic systems, however—even when they produce demagogues like Trump—are vastly preferable to unitary states that have a preemptive kill switch for civil society hardwired into them. As one Chinese netizen critically reflected: “Injustice and inequality are everywhere. What we should reflect on is this: how can their [American] footage against police brutality be shared without censorship?” The ability to publicly express and organize against state injustices is ultimately our best hope for working toward a better world. “Mistakes can be made in the name of democracy, but corrections can also be made in the name of democracy,” Tiananmen protest leader Wu’er Kaixi reflected last year. The lesson of 1989’s uprisings for freedom in China is that the more despotic rulers try to silence human oppression the more we should fight for open societies.

Whether it be young black men targeted in disproportionate numbers amidst white revanchism led by Trump or Hong Kong students beaten and arrested by security forces implementing a reign of terror engendered by Xi’s trampling of the city’s Basic Law, we must look past nationalistic rhetoric that obscures dark legacies of American and Chinese empire and policies of state violence that continue to operationalize in the present. If we believe that the killing of Breonna Taylor and George Floyd matters, then we must also believe that Alex Chow Tsz-lok and Luo Changqing’s deaths equally matter, albeit in different ways. Racial justice in the US and political justice in Hong Kong are two sides of a similar coin. The problem, as historian Catherine Chou recently pointed out, is what she calls “the Taiwan-ification of Hong Kong in the liberal American imagination: Trump gestured positively towards it, so it must be suspect.”

Western Leftists supporting justice for black communities must also not quiver in support of democratic struggle in Hong Kong. And Western conservatives supporting Hong Kong must also shed their racial blinkers and repudiate white nationalism with anti-racist action. The two are not mutually exclusive positions. One can genuinely disdain everything Trump stands for while still acknowledging that supporting Hong Kong’s self-determination and the continued defense of Taiwan against CCP threats does not make one a “China hawk” nor a “Cold War” hardliner. Such dichotomous thinking is naïve and misguided. It also smothers the aspirations and voices of Tiananmen that struggle to still be heard today. 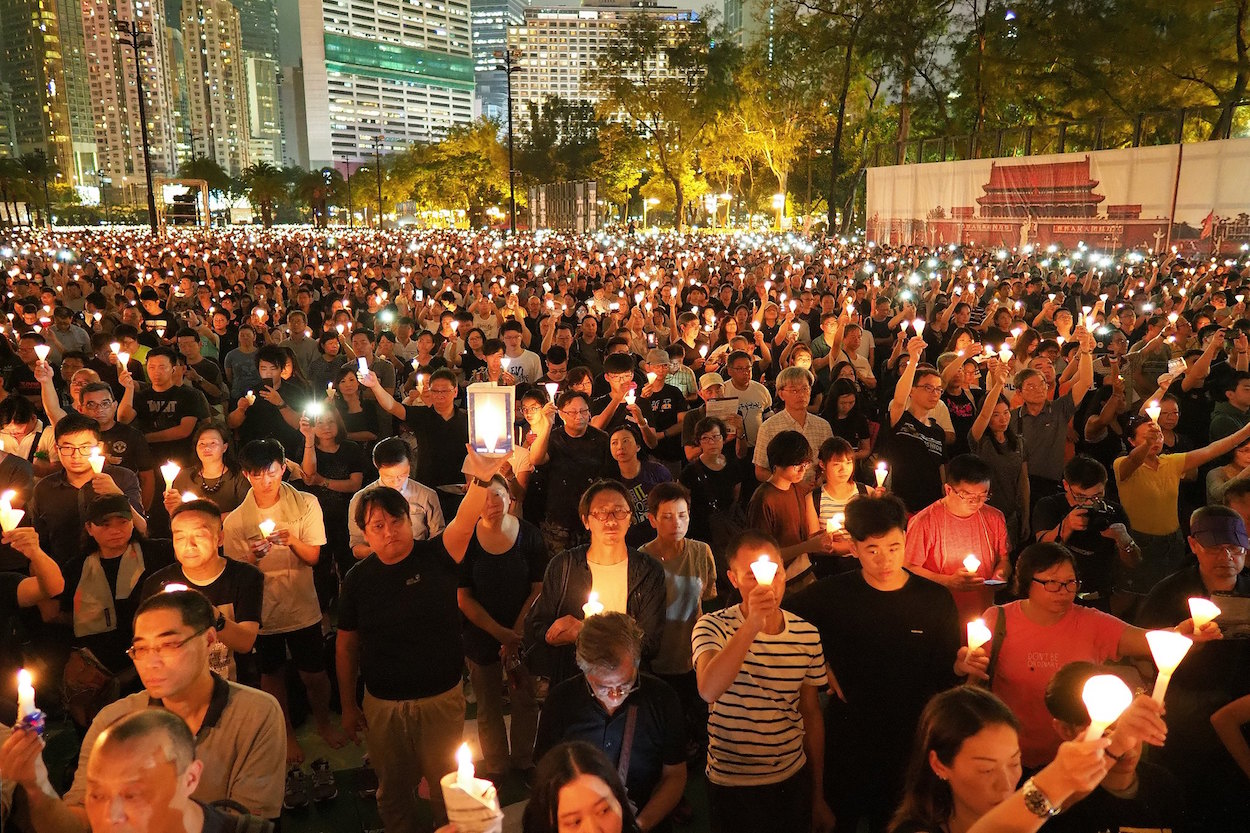 We can and must stand in solidarity with the people of Hong Kong and Taiwan who bravely resist Chinese imperialist incursions (one real and 27 years premature, the other a constant threat) upon their homelands just as we can and must also show our support for black communities engaged in collective dissent in Minneapolis and other cities across the United States. Zhongnanhai in Beijing and the White House in DC are occupied by highly divisive figures. The difference is that the one has made himself emperor for life of a one-party-state while the other has an expiration date that will be decided by the people. Xi and Trump, although possessing similar penchants to wield unbridled power, preside over very different political systems; one enables and the other seeks to restrain (albeit not always successfully). Both clearly have massive problems, but the two systems are not equal.

COVID-19 has provided a convenient pretext for Hong Kong’s police to ban the city’s anticipated annual Tiananmen candlelight vigil this year; many locals believe it was a political decision to appease the CCP. Yet today, Taiwanese will gather in Taipei and Kaohsiung to remember Tiananmen’s massacre and also Hong Kong’s struggle; their country’s defensive democracy—perhaps the only Sinophone example of good governance—is the model we should be paying attention to, not the US under Trump nor China under Xi and the CCP. As Lim reminds us “history loops endlessly in on itself…cycling from one generation to the next, propelled by the propensity to embrace amnesia.” Resisting the nescience of uncomfortable historical injustices—whether they be in Tiananmen Square or the backroads of Mississippi—and lending our voices and concrete action in support of democratic struggles for self-determination, dignity, and human rights protections, from Minneapolis to Hong Kong to Taipei and Beijing, must be what animates the progressive mind in the age of COVID, Trump, and Xi.