On Saturday, demonstrators gathered outside of Central Government headquarters to commemorate the firing of tear gas by the Hong Kong police on September 28th, 2014. Anger against the police use of tear gas on September 28th, 2014 was one of the major events that precipitated the 2014 Umbrella Movement, which saw its fifth anniversary this week. The Civil Human Rights Front, which called for a rally in Tamar Park to commemorate the Umbrella Movement anniversary, claims that 200,000 to 300,000 participated in the rally. 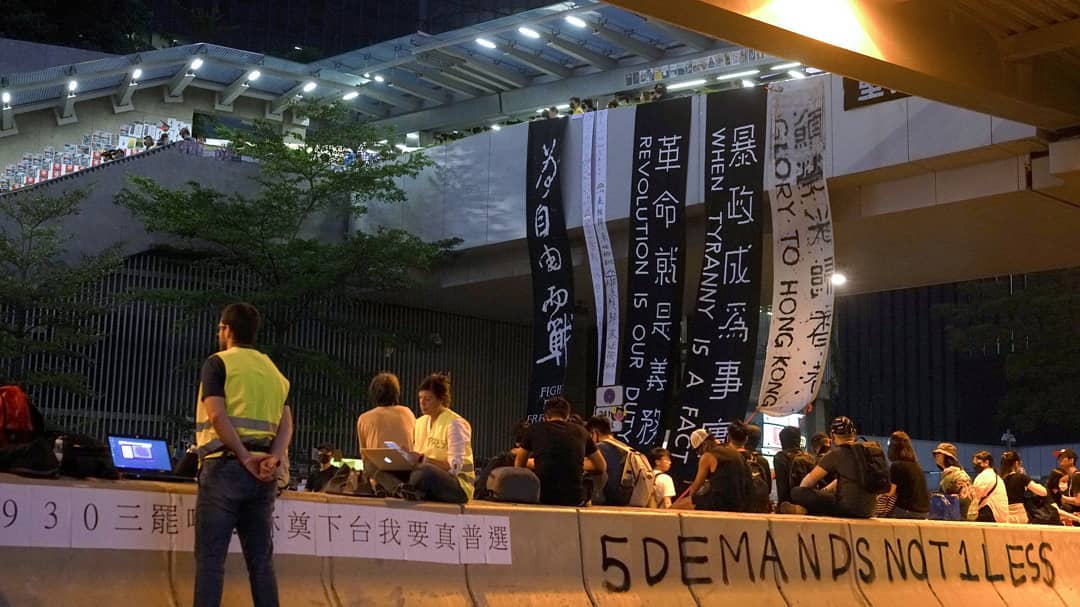 But clashes with police eventually erupted, with demonstrators charging police at the Central Government Headquarters, pointing laser pointers at police, and throwing bricks. Traffic on roads such as Harcourt Road were temporarily blocked as a result of being occupied by demonstrators. Police pepper-sprayed demonstrators and opened fire with water cannons. Water cannons contained a blue fluid, in order to mark off those who had been participating in demonstrations, and police conducted random searches and detentions of pedestrians on the MTR and on buses.

Police violence escalated to another level altogether on Sunday. Demonstrations were planned to take place in Hong Kong alongside a global day of action, consisting of a planned march from the Sogo in Causeway Bay to Central Government Headquarters.

However, police began using pepper spray, firing tear gas, and using water cannons from the early afternoon onward. Police were filmed applying enough force to a protester’s back that he complained of being unable to breathe, twisting a protester’s arm with enough force that he lost consciousness, and police fired a live round into the air in Wan Chai.

A number of violent acts took place against journalists. An Indonesian journalist was shot in the eye with a rubber bullet and, in a widely circulated image, a smiling policeman was photographed pepper-spraying a journalist. There are reports of journalists being shot with rubber bullets, attacked with batons, or pepper-sprayed.

While demonstrators threw Molotov cocktails and set fires, individuals dressed as protesters suspected to be undercover police were seen entering the Wan Chai police station along with police, shortly after fires broke out at the Wan Chai MTR station. This would suggest that some of these actions were undertaken by agent provocateurs.

On Sunday, lawmaker Eddie Chu was pepper-sprayed by police at close range and Labour Party member Stanley Ho Wai-hong was attacked by masked men with batons.

With demonstrations for Chinese National Day anticipated to be large, this is likely the reason for the sharp uptick in police violence in the past two days. Reports indicate that travelers from Taiwan are being searched at the Hong Kong International Airport for protest equipment, as it is anticipated that Taiwanese will travel to Hong Kong in order to participate in the protests. American academic Dan Garrett, who testified to Congress on the situation in Hong Kong, was also blocked from entering Hong Kong. 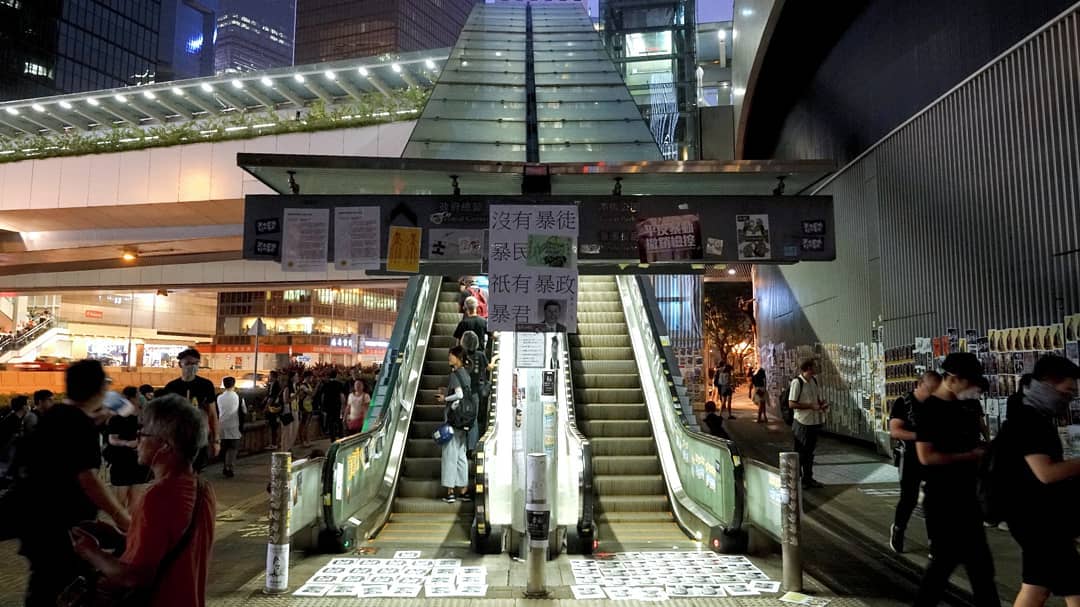 Hong Kong Chief Executive Carrie Lam, however, will not actually be present in Hong Kong during Chinese National Day. Lam will instead be leading a delegation to Beijing, seemingly contradicting what Lam stated to be her National Day plans during a dialogue session with members of the Hong Kong public. To this extent, the flag-raising ceremony for Chinese National Day has been relocated indoors, given that holding the ceremony outdoors would invite protest.

While demonstrators remain undeterred, one expects police violence to reach new levels on Chinese National Day. Hong Kong police have themselves suggested that they could potentially open fire on demonstrators going forward, although the Hong Kong police continue to be dogged by allegations that their actions have already led to deaths in the course of the movement, just that these deaths have been covered up.

Much remains uncertain before Chinese National Day, then. With a planned large-scale rally called for by the Civil Human Rights Front likely to be banned, it is likely that smaller rallies will instead take place across Hong Kong.