Ultra-Left Or Neoconservative? The Paradoxical Politics Of Coolloud

COOLLOUD HAS declared itself to be one of the most dedicated, independently funded leftist media in Taiwan. Traditionally, they have reported on social movements and protests that were seldom covered by the mainstream press. However, with the rise of independent media in the recent years, the political direction of Coolloud has increasingly become a position of opposition against the so-called “mainstream” social movements in Taiwan instead of right-wing forces or the state. Ironically, what is considered “mainstream”—LGBTQ reforms, gender equality education and policy, Taiwanese independence—are precisely defined by Coolloud’s vanguard position in a manner which contrasts with actual social reality. For instance, writers in the Coolloud milieu have called the Sunflower Movement patriarchal, nationalistic, and ultimately conservative, disregarding the progressive political spaces that the movement has opened up. In a sense, it is difficult for readers to understand whether their opposition is originated from a genuine intention to advance radical reflection, or just a desire to exercise its political and moral superiority by naming all other social movements as conservative in nature. 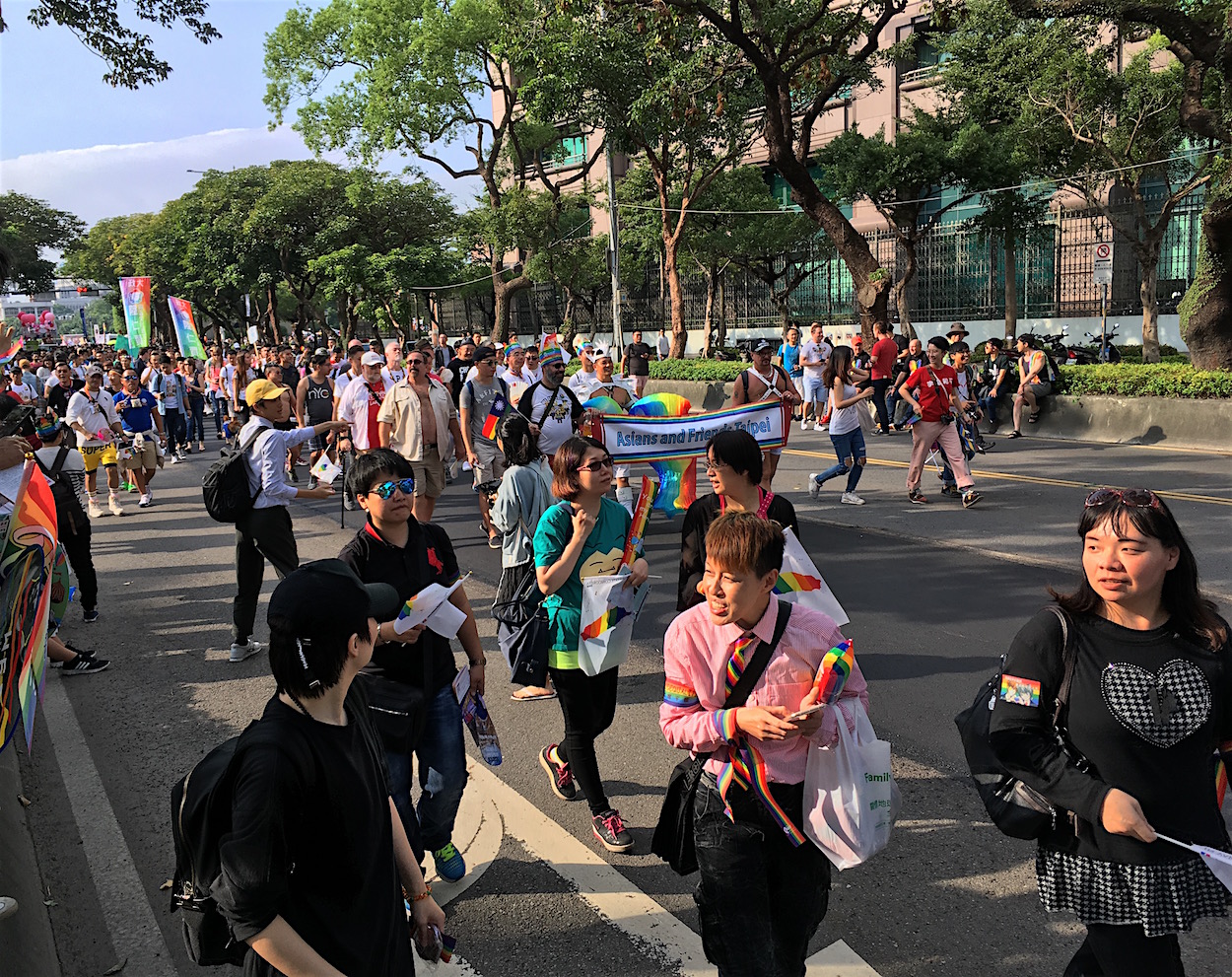 This seems to be a particularly unreasonable political move on Coolloud’s part, because the statement of Protect the Family Alliance contains extremely homophobic and false information. For instance, the coalition’s statement against the Taipei LGBTQ Parade explicitly links the recent NTU acid attack incident between a gay couple that had recently separated (台大潑酸事件) as an example of how the present sex education containing advocacy for “sexual liberation” have failed the youth. They have also repeatedly invoked transphobic statements that reject people’s right for gender self-determination, and insisted on naturalizing the links between one’s gender and genitalia. Coolloud had previously brushed off their publication of conservative press releases as a way to provide both sides of the perspectives, but we find that in doing so they have indeed taken a decisive political turn away from most of the LGBTQ rights groups as well as the interests of LGBTQ communities. This ultimately leads one to question whether Coolloud seeks to position itself in an ultra-left position relative to other left-leaning groups or whether this is a sharp turn rightwards neoconservatism. This very much mirrors how neoconservatives in America or other contexts began as leftists, but then began to move sharply right in reaction to changes in their social contexts.

Intellectual Elitism Towards A Conservative End

IRONICALLY WITH the early neoconservatives in America in the late 1960s and early 1970s, who were in large part centered around the magazine Commentary and included individuals such as Irving Kristol and Daniel Patrick Moynihan, it was the emergence of the New Left and its advocacy of sexual liberation which led individuals who formerly considered themselves leftists to be frightened by this new generation of leftists. This led to their political shift to advocating for the preservation of traditional, conservative values such as defense of the institutions of the family and marriage and uncritical support for American empire. In part, many of these early neocons had probably not been serious about their leftist views from the beginning, but had simply embraced leftism as an intellectual fashion or radical chic. This may not be too different from Coolloud’s own shift in direction, despite their stance against the whole concept of the family.

Coolloud seems primarily to be reacting against the wave of Taiwanese social movements after the Sunflower Movement, which may not exactly be revolutionary, but for the majority, are left-oriented, progressive, and lean towards support of same-sex marriage as well as in the direction of Taiwanese independence. As such, we see Coolloud writers and editors take intellectual stances positioning Coolloud against the dominant trends of Taiwanese social movements. As a result, Coolloud has taken to strongly emphasizing its pro-unification views, including publishing articles containing uncritical support for the Chinese party-state, despite their claims that such position comes from a leftist stance. The double standard of their political argument is evident when they often neglect the problems of Chinese nationalism yet are always highly critical of Taiwanese nationalism.

A recent article about Hong Kong in Coolloud by Tang Lin King (鄧健苓), for example, asserted that China was the “motherland of socialism” (社會主義祖國), never mind China being one of the countries most grotesquely exploitative of workers in the world, its leaders being economic and political elites who have inherited their wealth and political power from their parents, and the Chinese Communist Party being the largest enemy of the Chinese working class. Sounding not unlike propaganda from a Chinese state organ, the article went further to dismiss concerns about arrests of youth dissidents in Hong Kong, the forced disappearance of political dissidents, and the forcible disqualification of legislators, claiming that the government of Hong Kong has, in fact, never been more democratic. So, too, regarding the issue of gay marriage, likely, Coolloud felt the need to react against the dominant trends of Taiwanese social movements. 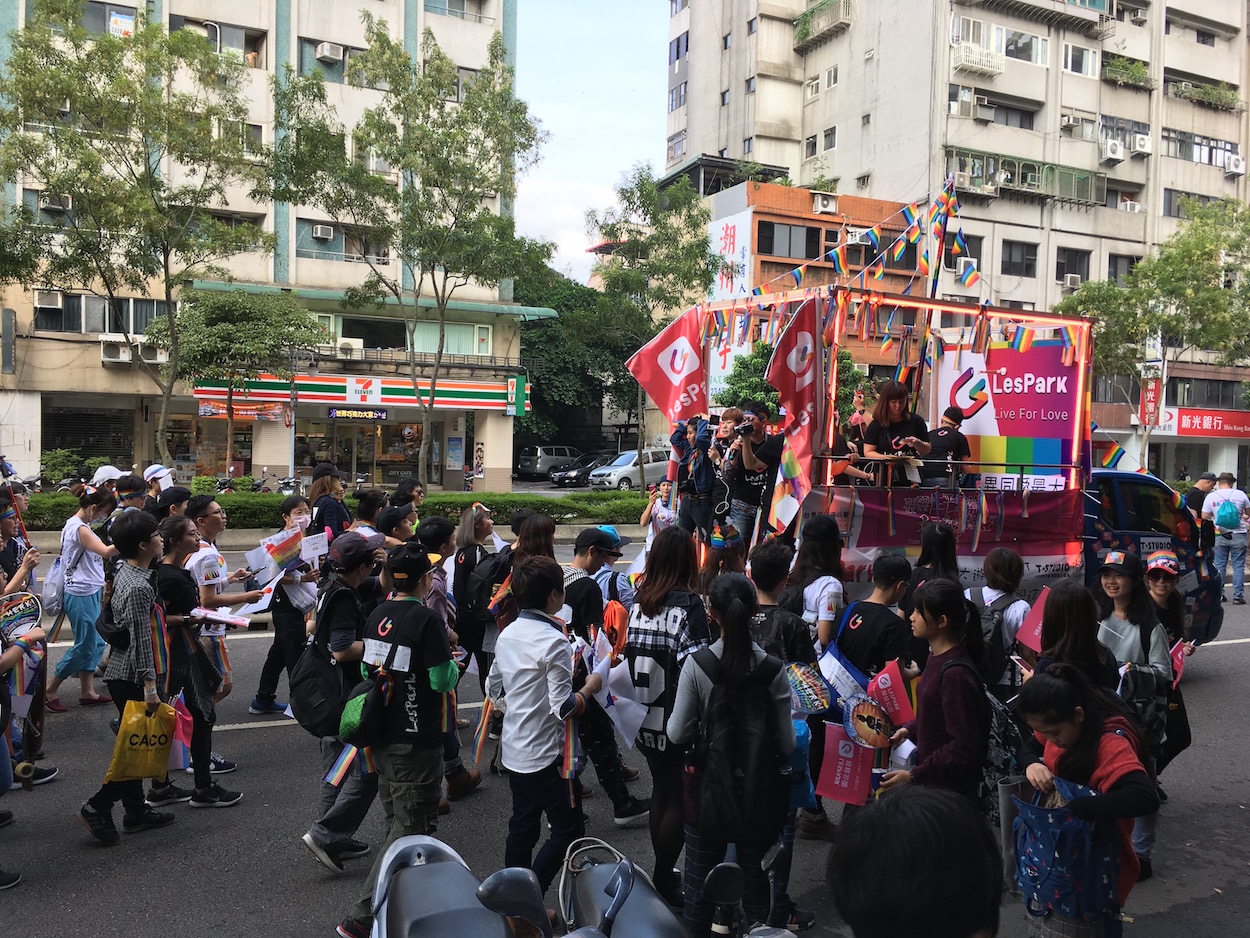 This willingness to publish articles by the “Protect The Family Alliance” likely indicates that Coolloud and its intellectual clique probably did not care about the social issues they claimed to care about, but likely was simply seeking a sense of wanting to be smarter than everyone else. Coolloud enjoyed positioning itself to a further left position than “mainstream” queer groups. However, was this actually just wanting to carve out a place of moral superiority for themselves exclusive to all other groups? Or is it about provoking a genuine and productive critique? We suspect that their intention often is the former rather than the later. Perhaps unsurprisingly, Coolloud has rejected most of the LGBTQ and gender-related reforms pushed for by marriage equality advocates, such as same-sex marriage and sexual harassment policy, as conservative, yet without stating any alternatives they would prefer. Their position on LGBTQ issues, while seemingly radical, is nihilistic at best and neoconservative at worst.

COOLLOUD’S CONTROVERSIAL stances, including embracing the Protect the Family Alliance as somehow “radical” in its critique of gay marriage, never mind its blatantly reactionary nature, then, would be a desperate attempt to distinguish themselves from other LGBTQ groups. This strategy they take on is much more about distinguishing their intellectual clique from others, rather than actually proposing an alternative, workable queer politics in the context of the obstacles that the Taiwanese LGBTQ communities face. As such, they cling to left-wing stances when they are in the minority, but when society actually moves to the left, then they shift to the right in order to position themselves somewhat in a morally and intellectually superior–yet ultimately politically conservative position–to the mainstream. What Coolloud may be after is simply to accumulate social and cultural capital for their intellectual clique more than anything else, rather than to genuinely engage with and push discussion social issues in a more radical direction.

And, indeed, whatever Coolloud’s claim that it is merely seeking to show both sides, it is quite telling that Coolloud previously often claimed as a radical stance that they did not believe in the neutrality of news. Coolloud from the beginning was very selective about who they allowed themselves to serve as a platform for, shying away from posting pro-independence views from a leftist perspective, and passing over issues which went against their worldview. Coolloud was likewise silent when individuals sharing their pro-unification viewpoint came under fire, such as offering little commentary on the Hsia Ling-Ching controversy at Fu Jen Catholic University (夏林清). 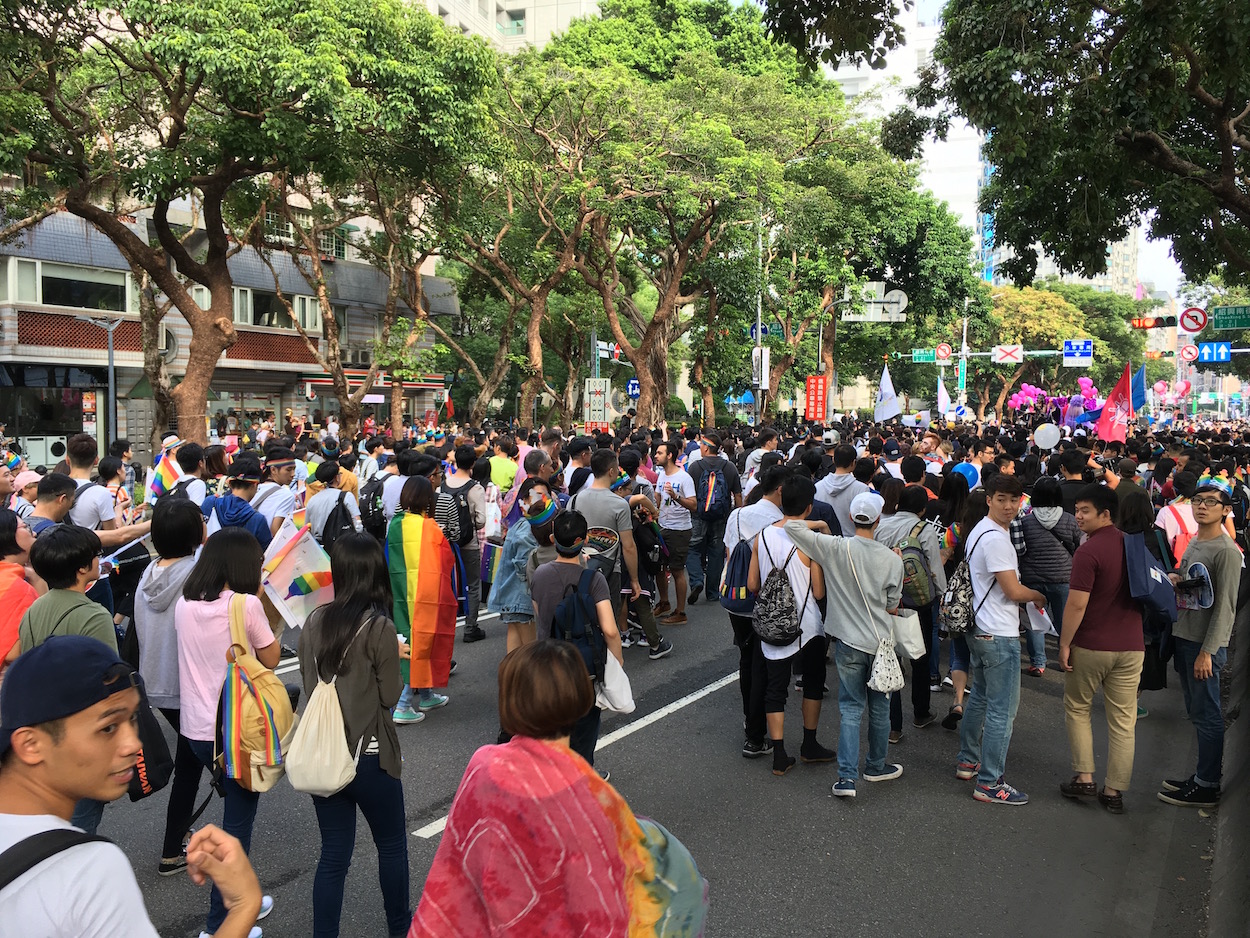 However, even if Coolloud increasingly marginalizes itself from the mainstream of Taiwanese social movements in the time of increased participation in social movements after the Sunflower Movement, one imagines that public criticism will do little to damp their viewpoints. Coolloud will likely go on publishing within the narrow echo chamber of its intellectual clique, but widespread criticism and outrage from other social movement participants will reinforce their sense of being a persecuted minority and, in that way, reinforce their sense of moral and intellectual superiority. It may be that this is all they wanted and hoped for to begin with. This is in fact, a kind of self-proclaimed radicalism that goes nowhere. As left-leaning creators of media, we are in no illusion that any press will take a single set political and intellectual stance, and the diversifying of voices in media theoretically will benefit the democratization of a society as whole. However, we argue that the kind of ultra-left politics that Coolloud upholds is, in fact, moving rapidly toward a familiar form of neoconservatism with a queer facade.