THE RAPE SCANDAL at Fu Jen Catholic University that began in April of this year continues to unfold, with recently removed university dean Hsia Lin-Ching coming under fire for her handling of the case. Hsia, a Dean at the school and professor in the Department of Psychology, has been criticized for a recent appearance on the political talk show FaceNews in which she sought to defend her actions in handling the case. Some see this as improper given that that the case is still unfolding.

The rape incident took place at a graduation party in 2015 between students, but controversy broke out after Hsia was accused online by the boyfriend of the rape victim of attempting to cover up the incident. This was by first urging the victim not to report the incident to the police and not to file a complaint with the gender equality committee of Fu Jen Catholic University. Reportedly, Hsia feared the incident would damage the reputation of the Department of Psychology, stating “This incident might be the straw that breaks this department’s back”.

The FaceNews program on which Hsia appeared

Hsia has also been criticized for seeking to handle the rape scandal through a working group she convened, rather through the proper legal procedures to handle cases of rape. It is reported that the use of the smaller working group may have been part of an attempt at group therapy, which is also controversial because it exposes the victim’s issues to a large group of unrelated individuals. The victim’s discomfort with the situation may have been what led to accusations against Hsia by her boyfriend.

Though the case dates from April, outrage has ensued in the last month over the victim later posting an apology to all involved parties for her actions, including Hsia, with many feeling angered that the victim of a rape incident was driven to apologize despite being the victim of the case. Some have also suspected it may have been because the victim was forced into making an apology, or that social pressure could have led her to feel compelled to make the apology.

YET HSIA’S attempt to resolve the situation through a working group and not seeking an outside third party seems to add weight to the charge that Hsia sought to keep the case under wraps. The cover-up would be to avoid damaging the reputation of Fu Jen Catholic University’s Department of Psychology for becoming involved what could be perceived as a scandalous incident involving alcohol and sex. If so, this would be despite that Fu Jen Catholic University’s Department of Psychology presents itself as one of the most gender progressive psychology departments in Taiwan. Hsia is herself known for her reputation as a feminist and is thought of as one of the anchors of the department.

Hsia’s use of a smaller working group has been criticized for lack of public accountability in handling sensitive and legal issues such as rape. When criticized on such grounds by commentators on FaceNews, Hsia claimed that this method was what the victim herself requested as a means of resolving the incident, notwithstanding accusations that the victims may have felt pressured into accepting this way of handling the case. As with the apology, some have suggested that she may have felt pressured into accepting this form of group therapy given the inherently uneven relationship between professors and students. Hsia also emphasized that she believed the apology was not forced and urged individuals to take the victim’s expressed regret at her actions at face value. 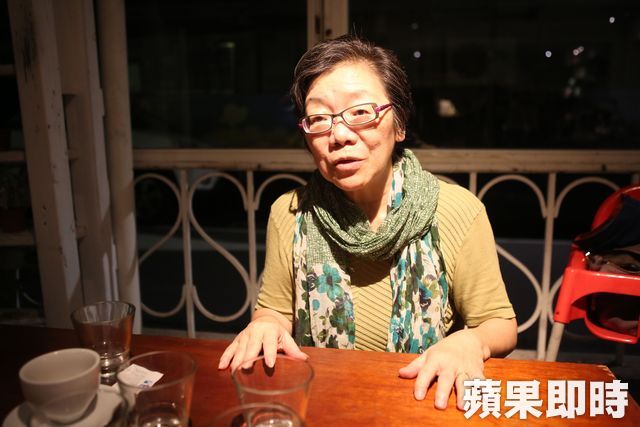 Hsia has generally been criticized in failing to regard the feelings of the victim and other students with sensitivity. This would be through seemingly attempting to portray the incident as a case of out-of-control sexual lust by students in public Facebook posts, as well as failing to take into account that the victim may be feel further hurt through Hsia’s very public attempts at defending her actions. Indeed, it was also raised on FaceNews that the rape victim’s boyfriend, who made the initial accusation against Hsia on Facebook, has since temporarily withdrawn from Fu Jen Catholic University. Hsia did not know why he had withdrawn, did not seem to think it was her business, and was then criticized for her disregard of his circumstances by FaceNews commentators, seeing as he was the victim’s boyfriend and as a responsible teacher she should have looked into it. Obviously, Hsia may begrudge him for causing the controversy through his accusations against her on social media.

Hsia’s evident defensiveness about her actions has not played well with many members of the public. Hsia has lashed out in particular at online netizens who have criticized her action, claiming not to understand the ways of the Internet, and that this is demagoguery stirring up popular sentiment against her. Hsia, who has defended her actions many times through statements posted through her Facebook account, has stated that her new research interest for future academic inquiry is online bullying through social media.

Pro-Independence Versus Pro-Unification Politics In the Background of the Case?

BUT IT WOULD be that another dimension of this case is related to independence/unification politics. Hsia, an influential figure in academia, is often thought of as a figure of the pro-unification Left which calls for unification with China on self-proclaimed leftist grounds. This political position would not be surprising given Hsia’s background, her father being a famous KMT military official, her brother being the well-known pro-unification Left scholar Hsia Zhu-Jiu, and her husband Zheng Cun-Qi serving as Taipei Minister of Labor under Ma Ying-Jeou’s mayorship after a history of labor activism.

By coincidence, Chu, the boyfriend of the rape victim who accused Hsia of attempting to cover up the rape incident is a Chinese student studying in Taiwan. During a press conference in which Hsia defended her actions in June, Hsia seemed to accuse Chu of stirring up trouble and then slipping back to China after making accusations against her, Chu apparently having returned to China after posting his accusations on social media.

Some found it hypocritical that Hsia would raise the specter of China to attack Chu, as a Chinese student, when this was convenient for her, despite her otherwise pro-China views. If Hsia has lashed out against online netizens for criticizing her, Internet discourse tends to overwhelming pan-Green rather than pan-Blue, and many of Hsia’s critics have been post-Sunflower youth activists. 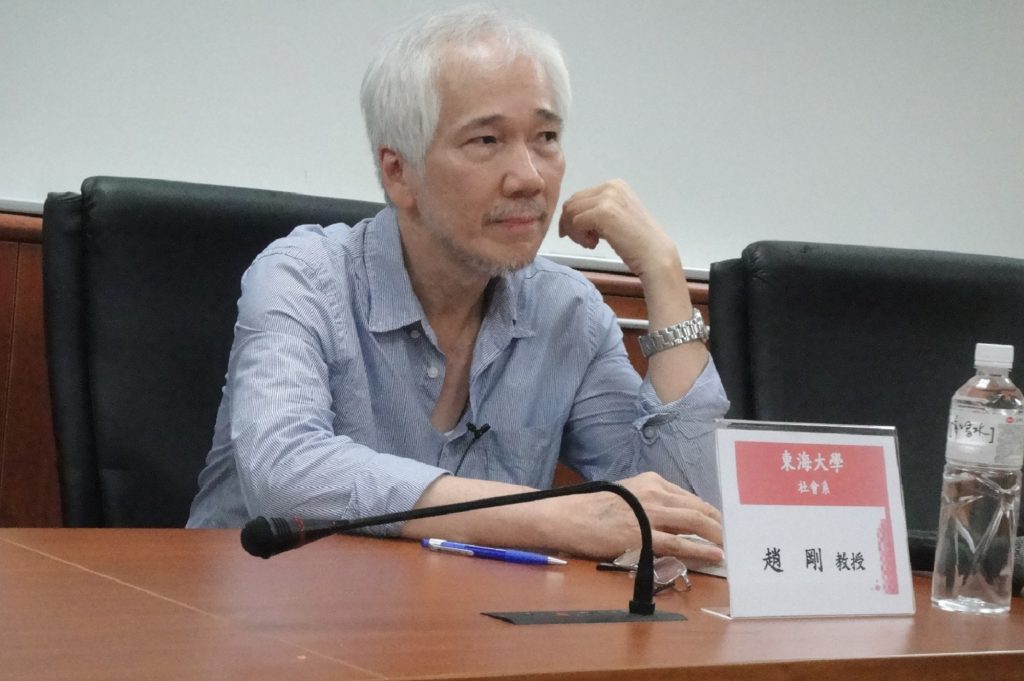 As such, some have suggested that there is an undercurrent to criticisms of Hsia, which is that this case has provided the opportunity to carry out longstanding academic grudges against Hsia for her pro-unification views. Hsia’s influential academic status may not normally allow such views be expressed openly. Indeed, some pro-unification Leftists in academia are influential academics who hold vast sway in their fields. Despite begrudging their uncritically pro-China views, many younger academics who are otherwise closer to pro-independence positions fear to do not openly express criticism of such senior academics for fear of suffering consequences in their careers. Thus, some commentators have pointed out that independence/unification politics is an underlying dimension to recent anger against Hsia and the controversy reflects a generational shift in left-leaning academia, even if few would claim that the handling of a rape case has any inherent link to independence/unification politics.

Indeed, given the leftist views of Hsia and other involved parties, the place of radical politics in Taiwan is one of issues at stake in the Fu Jen rape scandal. For example, Miao Poya of the Social Democratic Party would write an editorial in the United Daily News rebutting claims that Hsia’s poor handling of the rape case indicates the impracticality of “anarchism”, Miao stating that anarchism’s assertion of “no government” does not mean no social order whatsoever. Miao has weighed in on the case several times in the past and previously expressed disappointment at Fu Jen’s handling of the case.

It may be that this whole affair is reflective of the further moral decay of the pro-unification Left. Fresh out of a widely discussed literary debate with Zhu Youxun reflective of conflicting views about Taiwan and China, Zhao Gang, a hardliner of the pro-unification Left, would later wade into the Hsia controversy. In a Facebook post, Zhao expressed anger against the “right-wing Taiwanese independence activists” attacking Hsia on the Internet, much as he had been recently criticized by many netizens during his online debate with Zhu Youxun. What has seen censure is that Zhao would come to Hsia’s defense purely on the basis of her pro-unification views and because many of her critics are pro-independence, never mind that the irresponsible handling of a rape case has little to do with independence/unification politics. 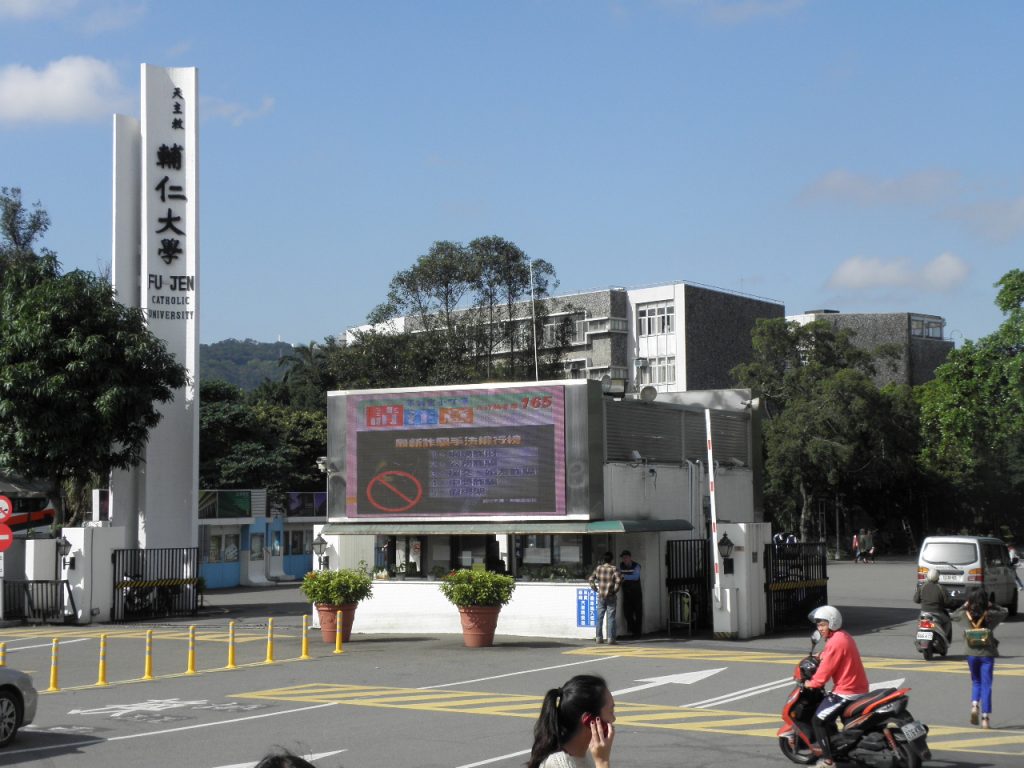 Yet, returning to the actual question at hand, how the situation will be resolved and whether justice will be found for the victim remains to be seen. Certainly, Fu Jen’s mishandling of the case points to a host of a problems with the institution that need to be addressed. More broadly, the case may suggest broader problems with how Taiwan’s educational system handles incidents of sexual violence, a problem not exclusive to Taiwan but one which has seen much discussion globally in recent years.