THE INDIGENOUS OCCUPATION in the 228 Peace Memorial Park was dismantled by Taipei city authorities earlier today. The occupation had stood for over 1,800 days, close to five years.

The principal organizers of the occupation were noted Indigenous singer-songwriter Panai Kusui, her husband Istanda Husungan Nabu, also a musician, and documentary filmmaker Mayaw Biho. The occupation called for the return of Indigenous traditional territories held in private hands.

Namely, while the Tsai administration promised Indigenous communities that it would return Indigenous traditional territories once it took office, this only consisted of traditional territories that were publicly owned. Around 1,000,000 hectares of land were not returned, though 800,000 hectares of land were. Additional issues that Indigenous groups were critical of were due to the inadequate consultation of Indigenous community members themselves, seeing as they know the boundaries of their land best. 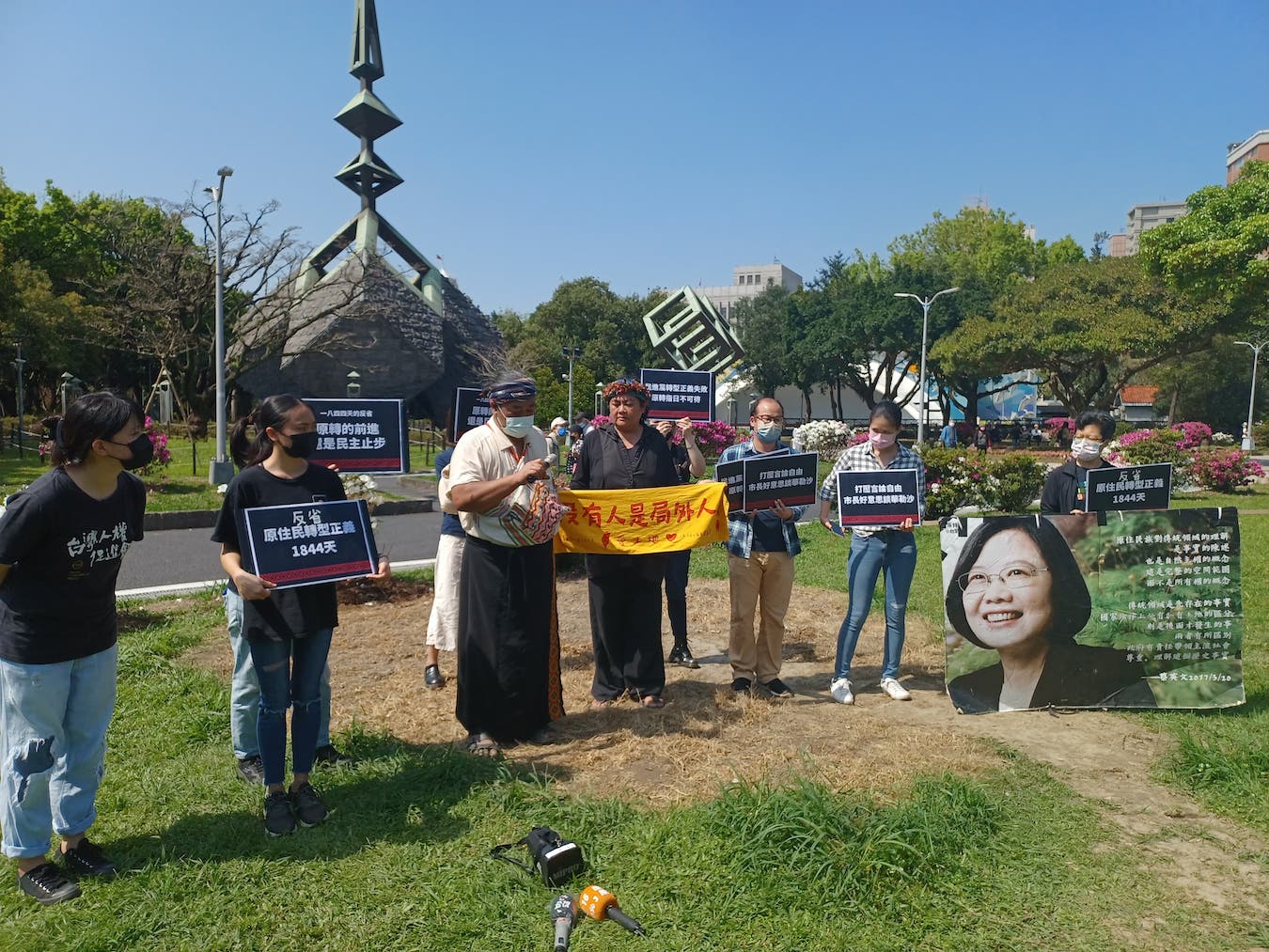 As such, there have been many years of protests by Indigenous groups that saw Tsai as failing to live up to her campaign promises. These protests were particularly intensive in the summer of 2017, when the occupation started. The occupation originally was located on Ketagalan Boulevard but after efforts by the police at eviction, it eventually shifted to the NTU Hospital MRT station, and then the 228 Peace Memorial Park, where it remained since. It is worth remarking on that police actions directed against the occupation featured large proportions of police to protestors compared to majority Han protests, pointing to racially motivated policing practices.

Indeed, despite a historic apology by Tsai to Indigenous on behalf of the ROC state on August 1st, 2016, this was protested by Indigenous groups. For one, Indigenous groups were critical of the fact that the apology took place behind closed doors. Panai herself performed at Tsai’s presidential inauguration, but soon after was protesting her administration’s policies.

Other issues stemmed from incidents in which the strictures of the ROC state ran up against Indigenous cultural practices, such as the Tama Talum incident, involving the persecution of an Indigenous hunter for hunting game for his elderly and infirm mother. The case would have resulted in a jail sentence of three-and-a-half years for Tama Talum, with the Council of Grand Justices deciding against acquitting him. He was only prevented from serving jail time due to that President Tsai Ing-wen issuing a pardon for him, as the first pardon of her presidential administration, but this failing to change laws governing Indigenous hunting. 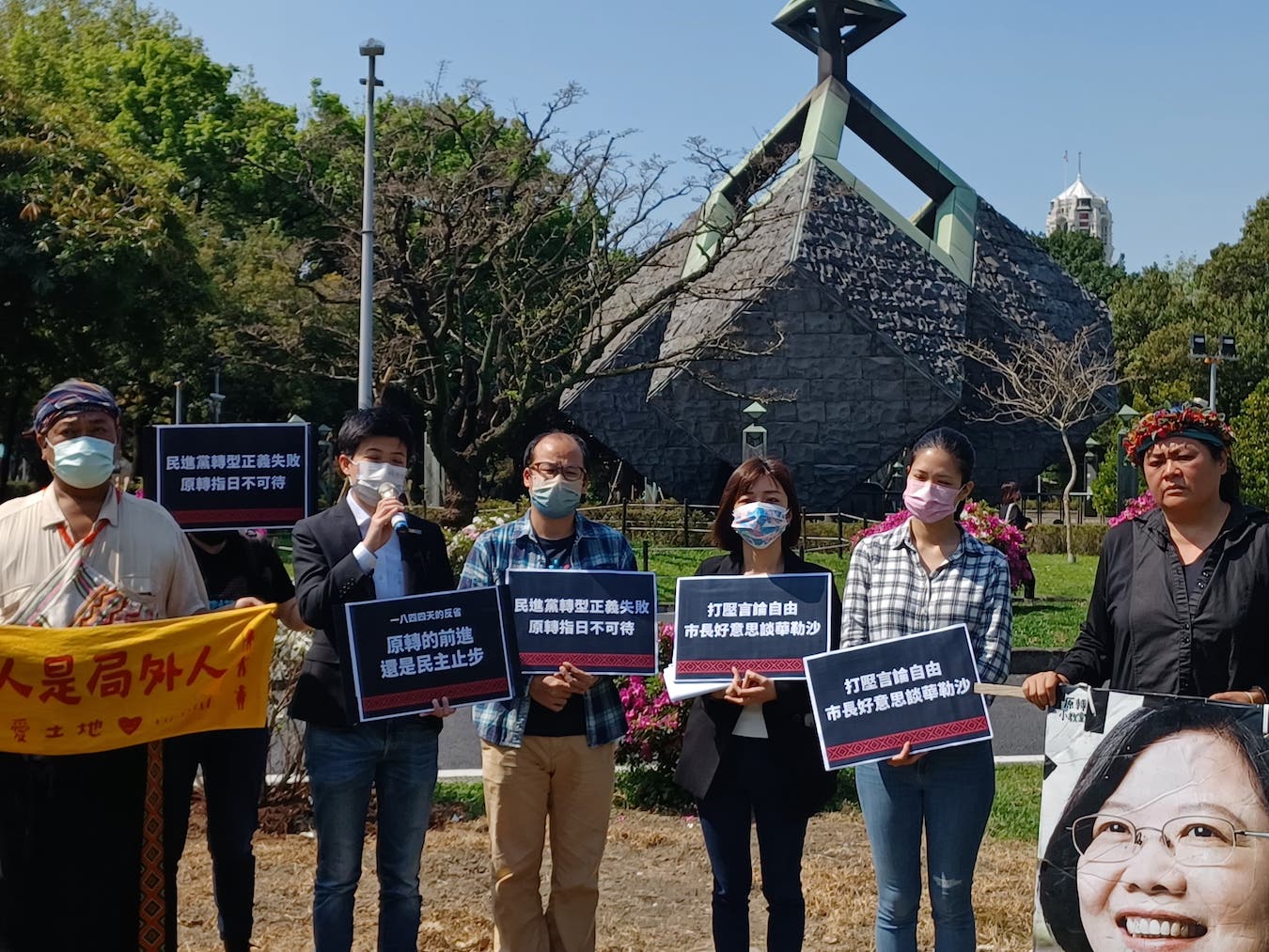 There are further issues regarding lack of recognition for Pingpu groups, and broader socioeconomic inequality continues to affect Indigenous communities, with disparities in resources compared to urban areas. Stereotyped and prejudiced views of Indigenous continue to also be pervasive, as reflected in the performance that preceded Tsai’s inauguration reenacting Taiwanese history, which referred to Indigenous as having “primitive and uncultivated customs” that required civilizing by western missionaries.

The dismantling of the Indigenous occupation in the 228 Peace Memorial Park comes as something of a surprise when Taipei city authorities were otherwise willing to tolerate it for years. In the last few years, there were less events held at the occupation, though some educational activities continued to take place, and Panai at one point recorded an album on Ketagalan Boulevard. Indigenous activists were critical of the actions of the Taipei city government and Ko Wen-je’s mayoral administration, when the Tsai administration had comparatively made more concessions. It is something of a question as to what Ko’s mayoral administration intended to achieve through dismantling the occupation.

Facing an eviction threat from the city government and with police ready to disassemble the tent, Panai and other organizers of the occupation voluntarily dismantled it themselves, this hardly being the only threat that the occupation has faced in past years. Nevertheless, while the occupation may be over for now, the issues raised by it are far from resolved.