TAIWANESE PRESIDENT Tsai Ing-wen pardoned Indigenous hunter Tama Talum yesterday. This was Tsai’s first use of the presidential pardon during her two terms as president, as well as the seventh time that the pardon was used in ROC history.

Talum, a Bunun man around 61 years old, was arrested in 2013 and convicted in 2015 for illegal hunting and violating firearms laws after shooting a Formosan serow and a Reeve’s muntjac. Talum was hunting for his elderly mother, currently 99-years-old, who has difficulty eating store-bought meat and is used to eating wild game. 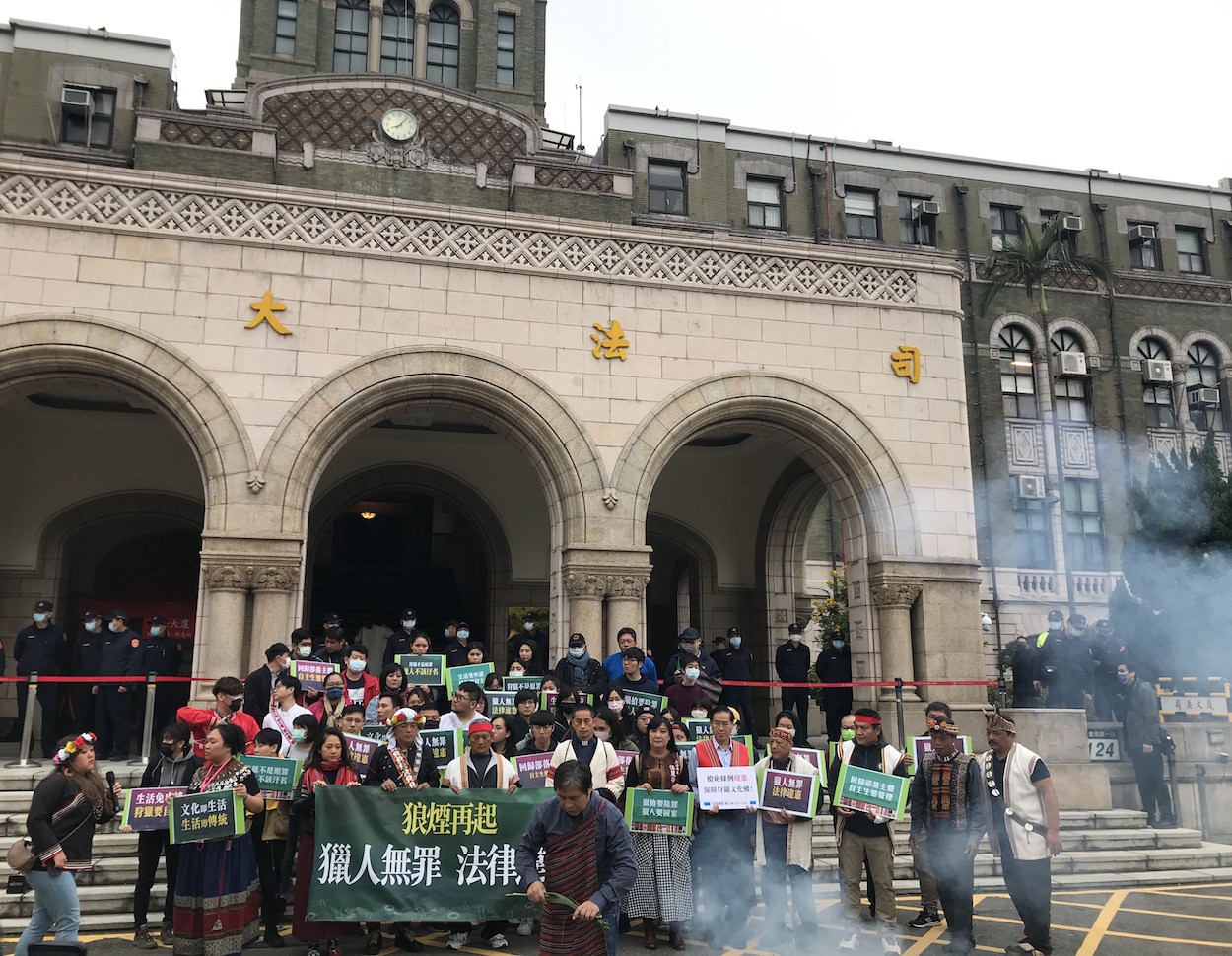 Protest about the case by Indigenous groups outside of the Judicial Yuan in May. Photo credit: Brian Hioe

Under ROC law, Indigenous hunting was only permitted using frontloading “handmade” rifles, with the claim that this prevents such rifles from being used for other purposes. Indigenous hunters themselves, however, pointed to the fact that such rifles were often old, hard to repair, and could be dangerous as a result, as well as that they resulted in slower, more painful deaths for the animals being shot.

Following the Supreme Court ruling, Tama Talum would have again faced charges, resulting in the possibility of Talum being sent to jail. As such, it is probable that Tsai pardoned Talum in order to try and minimize the backlash from Indigenous groups that would occur if this happened. Although Tsai issued a historic apology to Indigenous on behalf of the ROC state in 2016, Tsai has been criticized for failing to return Indigenous traditional territories that were not in public hands. Tsai also promised to resolve the Tama Talum case—which has dragged on for close to ten years—as a campaign promise in 2016. The Tsai administration has also been accused of inaction on Indigenous name recognition, despite the recent “Salmon Chaos” showing how easy it is to change names on official government documents. 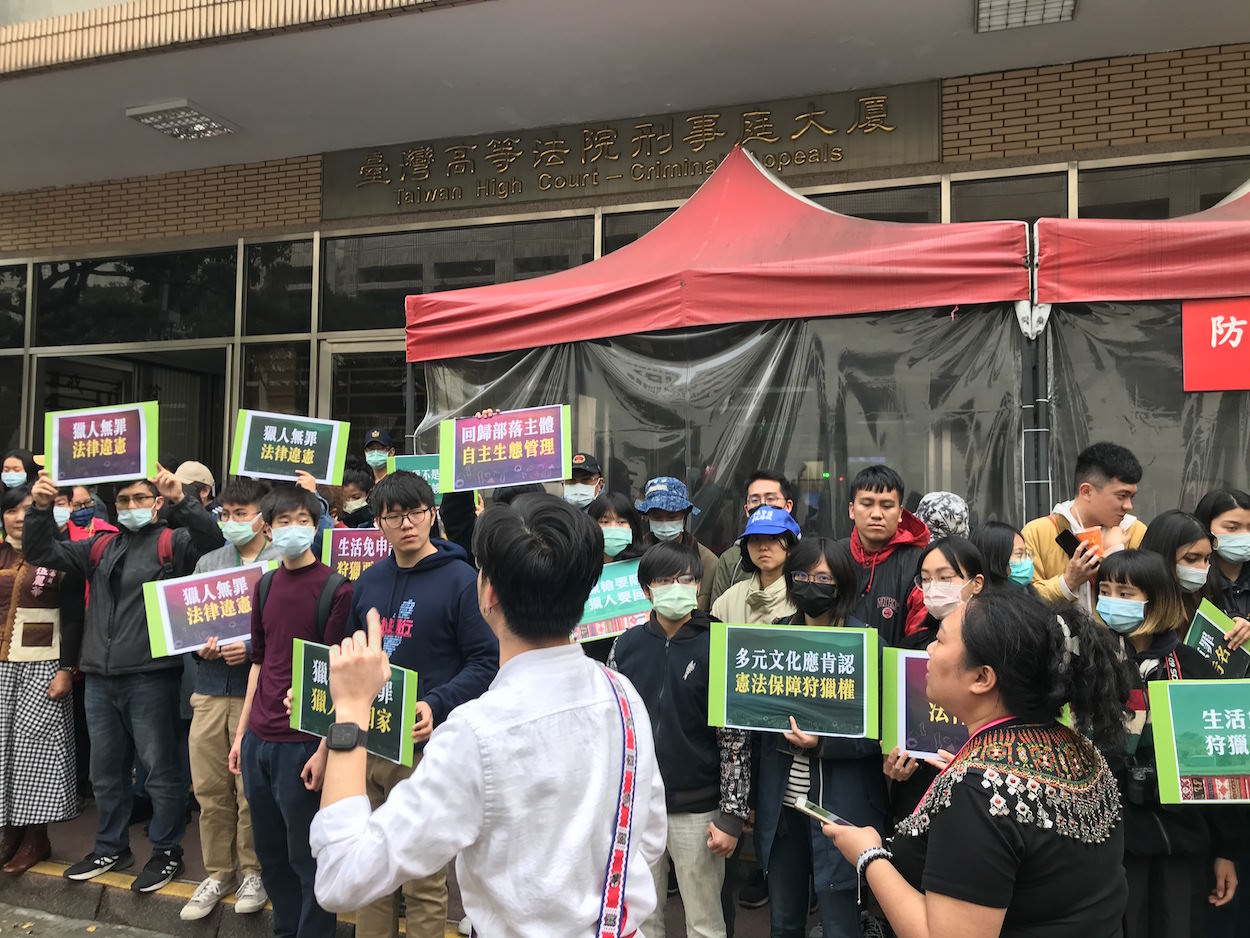 Too little, too late, in some sense from the Tsai administration then. While Tama Talum himself was pleased to hear of his pardon, advocates have noted that the pardon does not change the recent Supreme Court ruling. Legally, Talum is still guilty for his actions, as noted by the Supreme Court yesterday—Talum is pardoned from serving his sentence, but verdicts from the lower appellate courts still stand, meaning that procedure still must be followed, and the case has not been closed.

Similarly, there continue to be cases of Indigenous hunters that are snared by ROC laws regulating hunting—the Tama Talum case is merely the most famous case in the past decade. Individuals carrying out the same or similar actions as Talum could still be found guilty and jailed under current laws. As Savungaz Valincinan, one of the most well-known members of the Indigenous Youth Front stated, there could still be “thousands” of Tama Talums in the future.

Indeed, after the ruling by the Supreme Court earlier this month, Talum stated that he would continue hunting until he died. One can easily imagine a situation in which Talum himself would fall afoul of ROC laws once again. In this sense, the issue is far from resolved.