Eviction Of Indigenous Vendors In Chingchuan Touches Upon Broader Issues

THE EVICTION last week of indigenous vendors outside a former residence of Zhang Xueliang in Chingchuan, Wufeng Township near Hsinchu raises a number of issues. Namely, indigenous vendors have operated outside the residence for twenty years. Many vendors, who are primarily middle aged to elderly, have no other means of livelihood if they are forced to relocate. 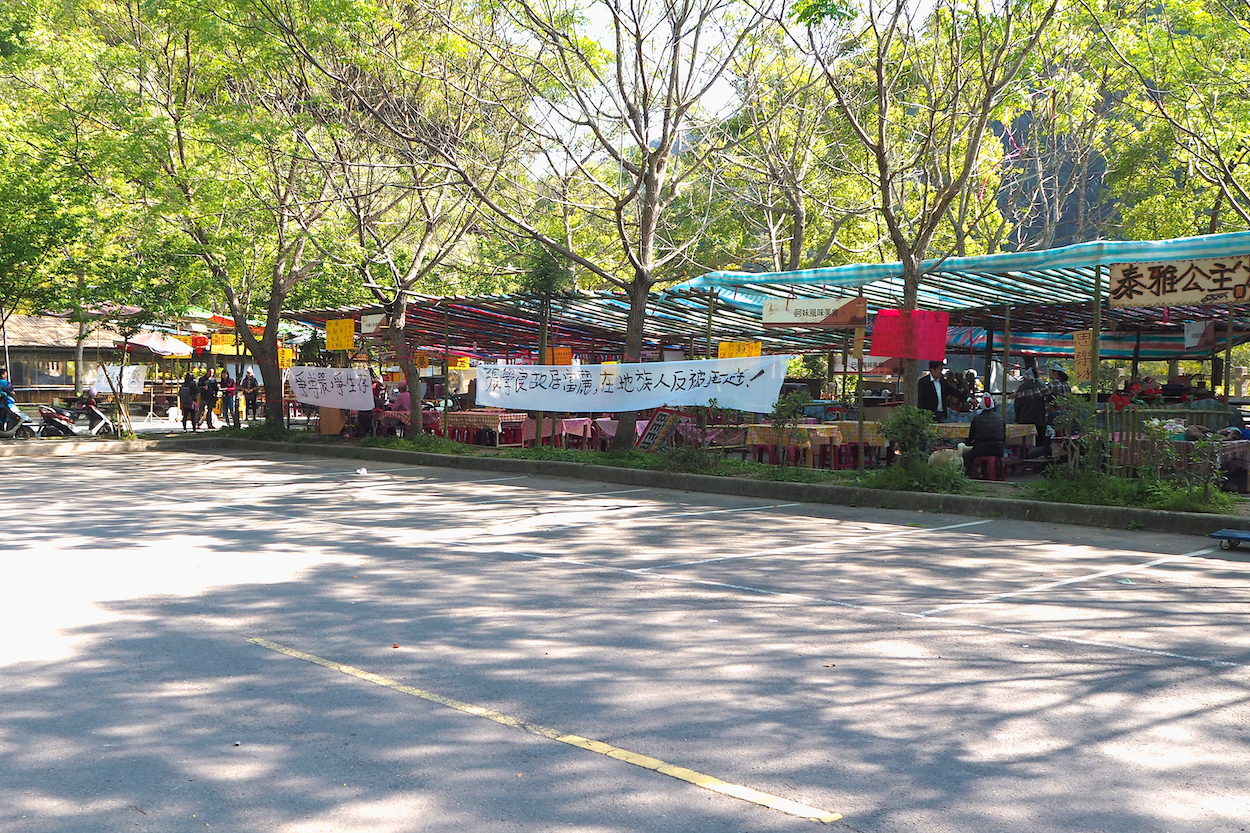 Township officials claim that indigenous vendors are illegally occupying the land their stands are on, a parking lot, and that this defies Article 82 of the Road Traffic Management and Penalty Act, which stipulates penalties for road blockages. Indigenous vendors, however, claim that it is instead the township officials which is violating the spirit of the law and that the township government did not properly conduct assessments for land occupancy.

Indigenous vendors also claim that the eviction defies the Indigenous Basic Law. With this claim, indigenous vendors may be hoping to suggest their cause is not dissimilar to upon other incidents in which governments attempt to apply laws to indigenous groups even if this is contradictory to the Indigenous Basic Law, such as with regards to the arrest of indigenous for hunting in protected areas when this should be protected under the law, most famously in recent years following the arrest of Tama Talum, a fifty-four year old man at the time of his arrest who was arrested while attempting to provide food for his elderly mother. 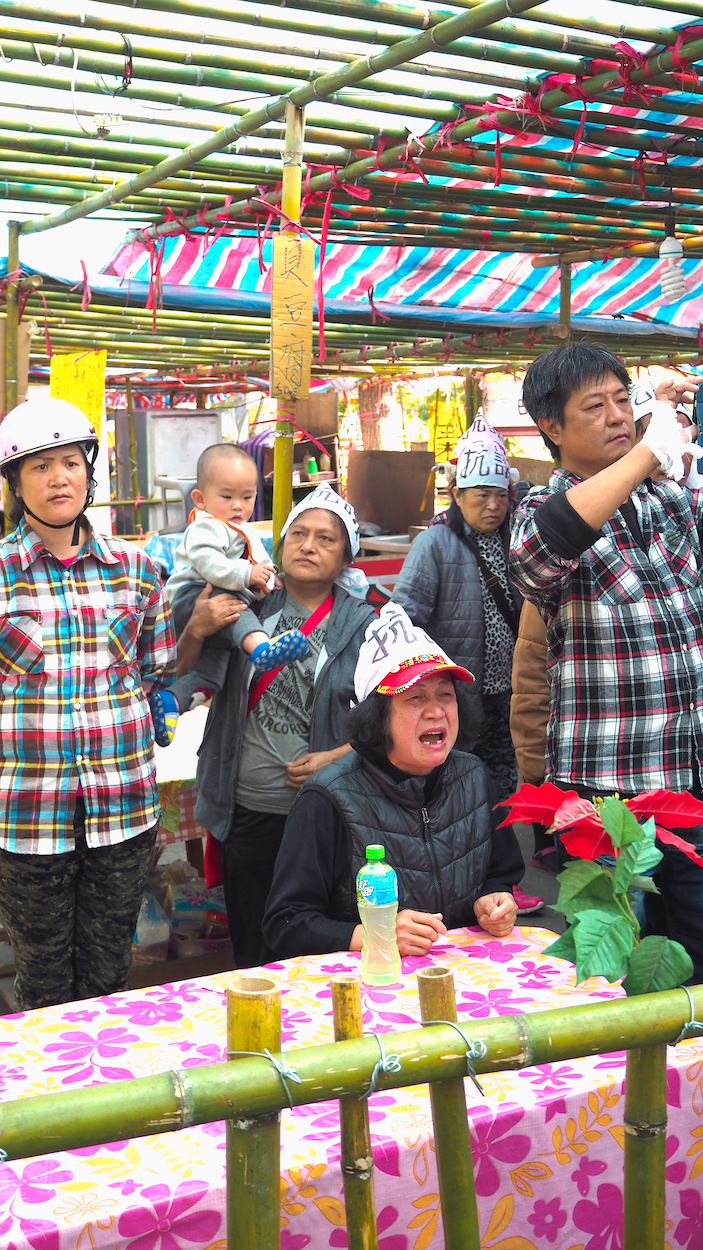 In particular, while ten indigenous vendors operated on the spot, the township government’s relocation plans for them call for only allowing seven to continue operating. It has been an object of criticism as to what the selection criteria as to why three vendors will not be allowed to continue operating.

The township government claims that indigenous vendors have the opportunity to be allocated and in accordance with the Spatial Planning Act. However, indigenous vendors criticize the township government for failing to take into account the specific local conditions under which they were operating, much as with other incidents regarding land distribution for Taiwanese indigenous, including with regards to indigenous traditional territories. Although a local councillor attempted to intervene and negotiate with police, this was unsuccessful. 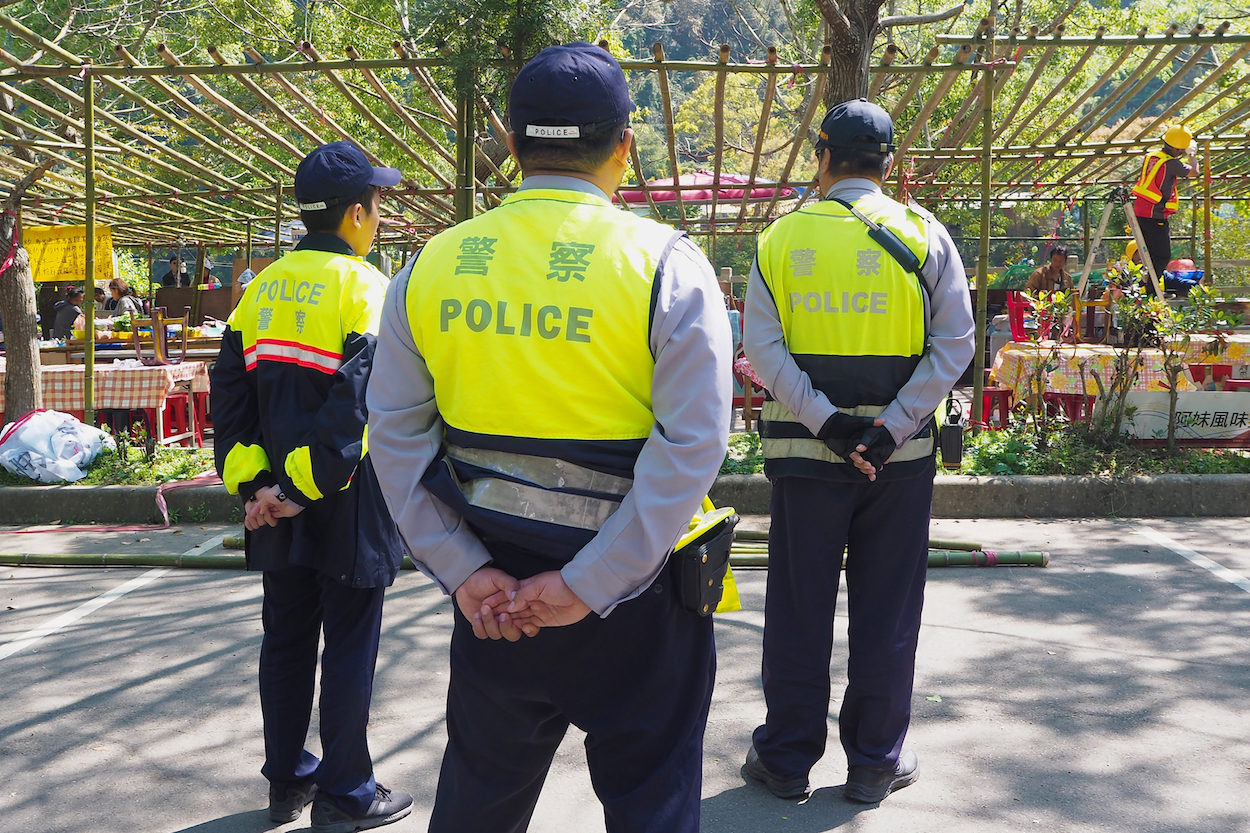 The issue of indigenous traditional territories has been an issue more or less since the Tsai administration took office, with indigenous demonstrators criticizing the Tsai administration’s returning only those indigenous territories which were publicly held and not those privately held. Among those demonstrating include initial supporters of Tsai Ing-Wen such as indigenous singer-songwriter Panay, who has organized along with other indigenous activists such as her husband and fellow singer-songwriter Nabu and documentary filmmaker Mayaw Biho and occupation on Ketagalan Boulevard that was later moved to Exit 1 of the NTU Hospital Station due to police action and partially dismantled by police in the last week, although indigenous activists remain present on-site.

As with indigenous demonstrators protesting the enforcement of hunting restrictions against indigenous, demonstrators regarding the traditional land rights issue cite the conflict between the ROC juridical system and indigenous traditional knowledge and ways of life. And, as should go without saying, issues regarding the ROC government forcing indigenous occupants off of land touches on unresolved historical issues regarding settler colonialism in Taiwan, with the four hundred years of indigenous being off of their lands or restricted to certain areas that has followed since Han settlement of Taiwan and which continues in the present, and the poor economic conditions which disproportionately face indigenous compared to their Han counterparts. 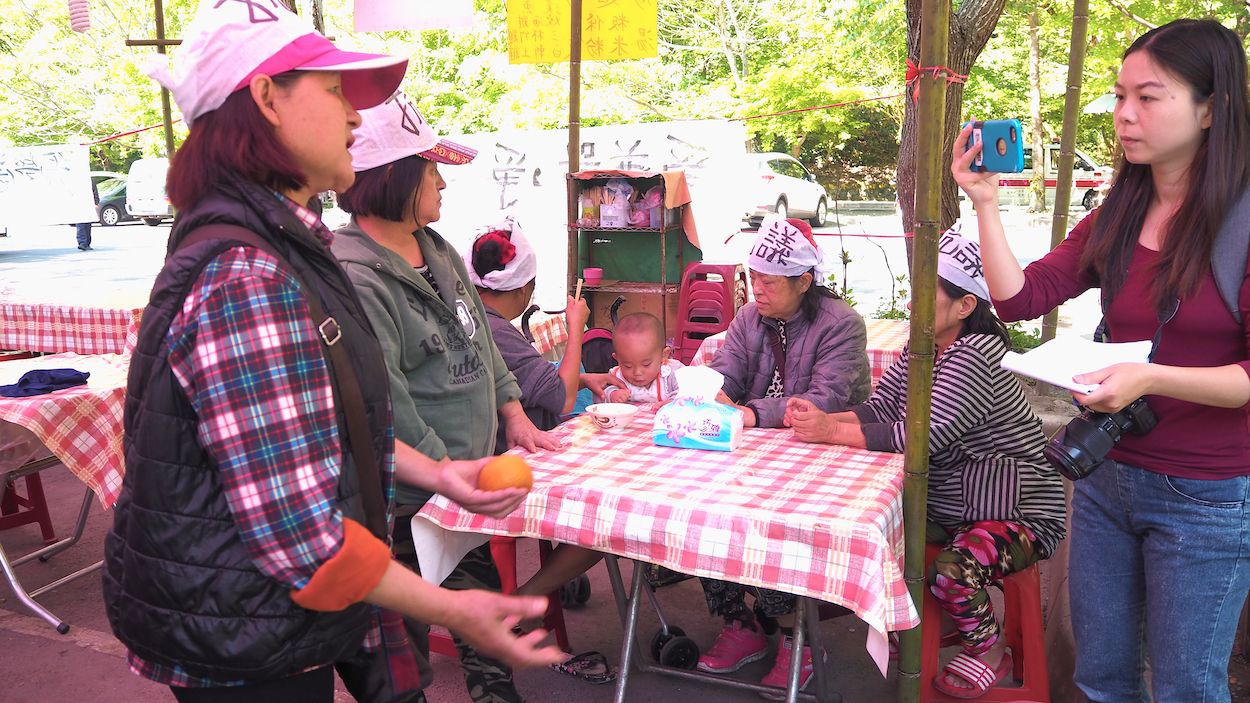 Stall owners speaking to the media about the effects the eviction would have on their livelihoods. Photo credit: Tobie Openshaw

The Chingchuan eviction case certainly touches on many of these issues, particularly seeing as indigenous vendors sell their wares or food outside of a former residence of Zhang Xueliang, a former Chinese warlord that came over with the KMT when the KMT came to Taiwan as a prisoner of Chiang Kai-Shek. It perhaps reproduces the structural inequalities and unsettled colonial history facing Taiwanese indigenous, then, that indigenous vendors in Chingchuan make their living primarily by selling the products of their labor to Han tourists that come to visit this former residence of Zhang Xueliang.

The symbolic import of this should be readily apparent. And in this way, while calls for justice for Chingchuan vendors will continue, this should only point to the large host of historical issues which needs to be settled in Taiwan in order to realize transitional justice for Taiwanese indigenous as means to make amends in some form for four hundred years of Han colonialism.