THE ANNUAL TAIPEI-SHANGHAI FORUM took place online for the second year in a row, given the current COVID-19 pandemic. Compared to past years, there was probably less fanfare than before. This is not only because of the online format, but because of the way that the forum is tied to Taipei mayor Ko Wen-je’s political career, as a Ko initiative. That being said, there was some controversy about the cost of the 1,390,000 NT expense of the forum, when it was expected that the forum would be cheaper this year due to the online format.

As part of the online forum, Taipei mayor Ko Wen-je met virtually with his counterpart, Shanghai mayor Gong Zheng. As has now become ritualistic at the yearly forums, Ko reemphasized his view that there is “one family on both Taiwan Straits with a common destiny.”

Ko was originally elected to Taipei mayor in 2014, despite having no previous political career. Instrumental in his election victory was the endorsement of the pan-Green camp, which decided to back Ko instead of running a candidate of its own after a primary. 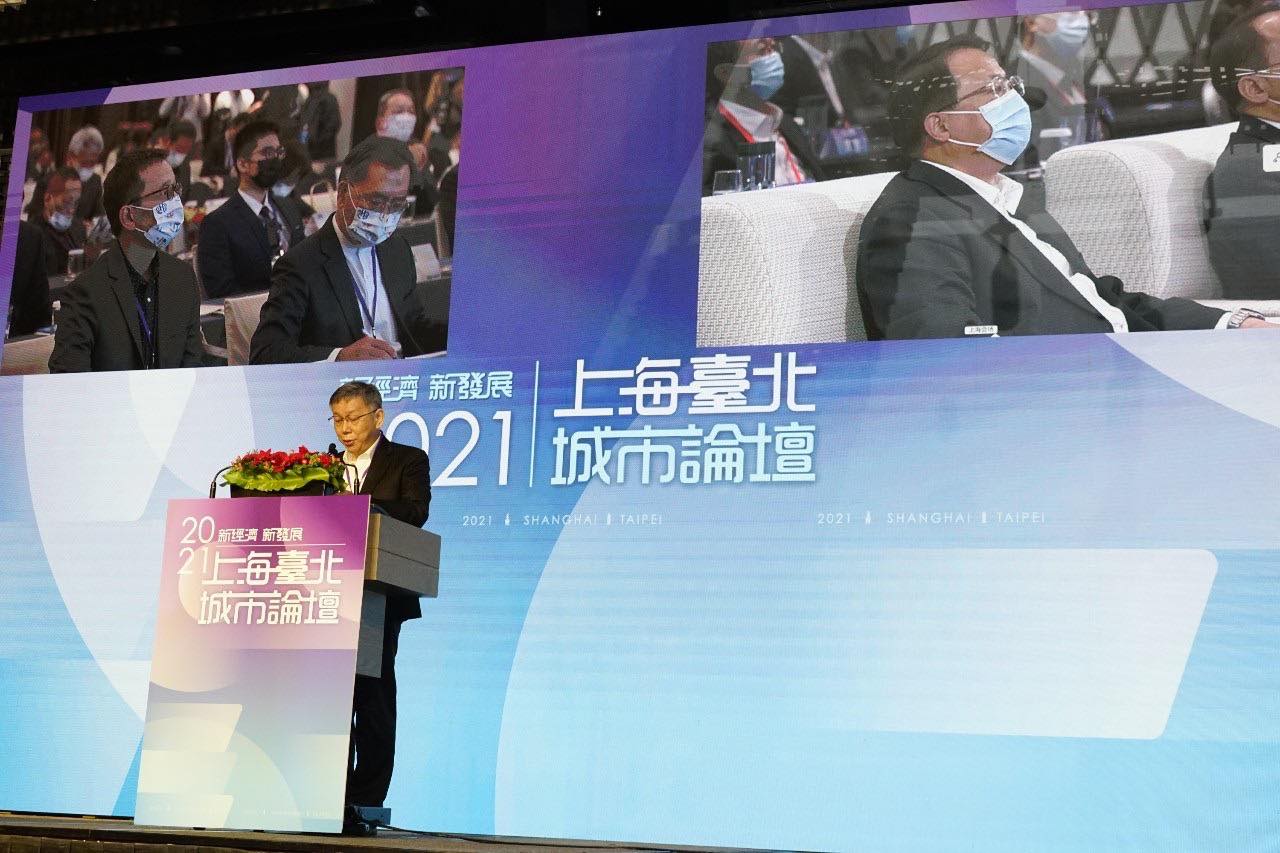 Nevertheless, Ko has increasingly drifted toward the pan-Blue camp since 2014. Instrumental in this was Ko’s push for conducting city-based exchanges between Taipei and Shanghai, during which Taiwan was framed as part of China. This led to particular controversy following attacks on pro-independence National Taiwan University students by pro-unification gangsters, when the former were protesting an event held as part of the exchanges in September 2017 on the university campus.

Ko defended the exchanges even in spite of the incident, which he largely shrugged off, claiming that they were necessary for pragmatic economic reasons. Yet Ko is now seen as compromising on Taiwanese sovereignty. Since his initial election victory, Ko has also become increasingly close with pan-Blue heavyweights including former KMT majority speaker Wang Jinpyng and FoxConn CEO Terry Gou. Politicians of the Taiwan People’s Party that Ko formed in the lead-up to 2020 elections are mostly drawn from pan-Blue politicians with backgrounds in the KMT or New Party.

The Taipei-Shanghai Forum probably garnered less attention this year, with Ko’s term as Taipei mayor set to end in 2022, and questions about what Ko’s political future will be going forward. Ko has long suggested that he might try and run for president. But public criticism of Ko for his handling of the COVID-19 outbreak that broke out in May has led Ko to be increasingly unpopular in Taiwan, despite the fact that polling once suggested that he was Taiwan’s most popular politician.

What is notable, however, about the Taipei-Shanghai Forum, is the rhetoric coming from Shanghai. Shanghai mayor Gong Zheng vowed a safe environment for Taiwanese firms in China, following China imposing Far Eastern Group and Asia Cement close to 14 million USD last month. Although the fines were for a number of violations ranging from labor issues, environmental violations, machine and fire safety, land usage, and taxes and China may have meant to fine the companies for violations anyway, the Chinese government framed this as a measure directed against companies supportive of Taiwanese independence.

It is true that the Far Eastern Group is a donor to the DPP, though one notes that the company also donates to the KMT. Since then, Far Eastern Group chair Douglas Hsu has emphasized in public comments that he opposes pro-independence views.

In the past, the Chinese government has suggested that it might ban advocates of Taiwanese independence and their family members from traveling to China or conducting business in China. Although it would be difficult drawing up a list of all those who support Taiwanese independence, China has primarily taken action against a few prominent public figures who likely would not have tried to travel to China anyway, such as Premier Su Tseng-chang, Minister of Foreign Affairs Joseph Wu, and Legislative Yuan president Yu Shyi-kun. 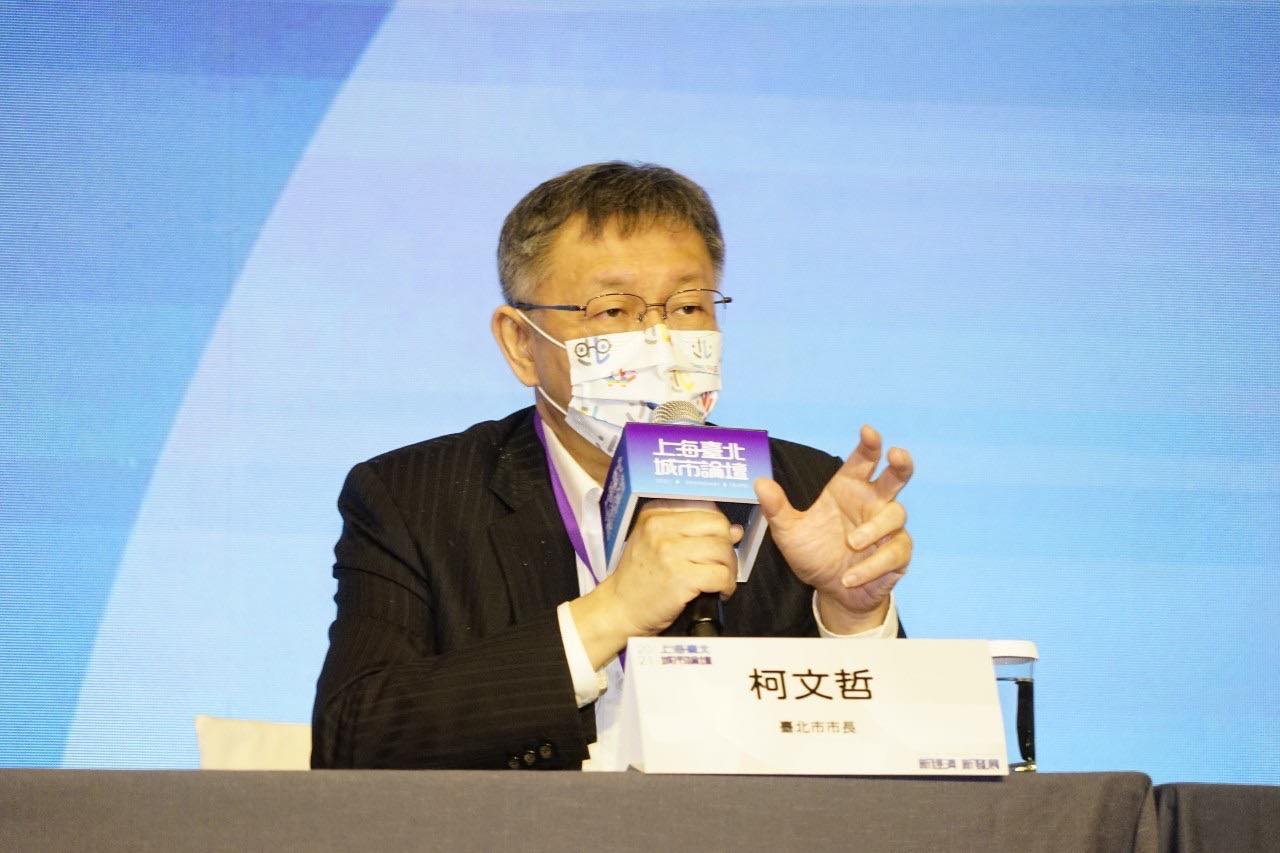 Gong Zheng’s comments, then, suggested a safe environment for Taiwanese businesses in China if they cooperate with Chinese authorities’ views on cross-strait relations. It is possible that this may become a line of argumentation taken up by Ko and his TPP, in politically leveraging on the claim that they can maintain a stable business environment for Taiwanese businesses in which they will not be targeted for their views.

If anything, this is simply an updated version of the KMT’s traditional claim to be the only political party in Taiwan able to maintain cross-strait relations, a claim used to justify why it should hold political power. Nevertheless, it is increasingly clear that Ko’s TPP is no different than the KMT in many respects. This may prove an obstacle for it politically in the future, if it is unable to differentiate its platform from the KMT, and the two political parties have too similar political bases.