IT PROVED SURPRISING last week when current KMT chair Johnny Chiang was named to the Time 100 Next 2021 list, a list of up-and-coming leaders named by Time Magazine. That is, the precise question facing Chiang is whether he will be consigned to irrelevance if he loses his reelection bid in the upcoming KMT chair election.

As such, it proves somewhat unusual for Chiang to be named to the list at this late stage in the game—such an assessment might have made more sense when Chiang initially won the KMT chair election in March of last year, promising to change the party’s pro-China image and to win back young voters. While according to the article, “[Chiang] knew [the KMT] needed to move away from their aging base and attract a new generation of voters,” the issue facing the KMT at present is that the rest of the party does not seem to realize this, making Chiang’s marginalization increasingly likely.

Although a specific date for the chair election has not yet been named, it is expected to take place in July. The precise slate of opponents that will be faced by Chiang is still unclear, but there has been much discussion about Jaw Shaw-kong throwing his hat into the race and declaring his intention to run. 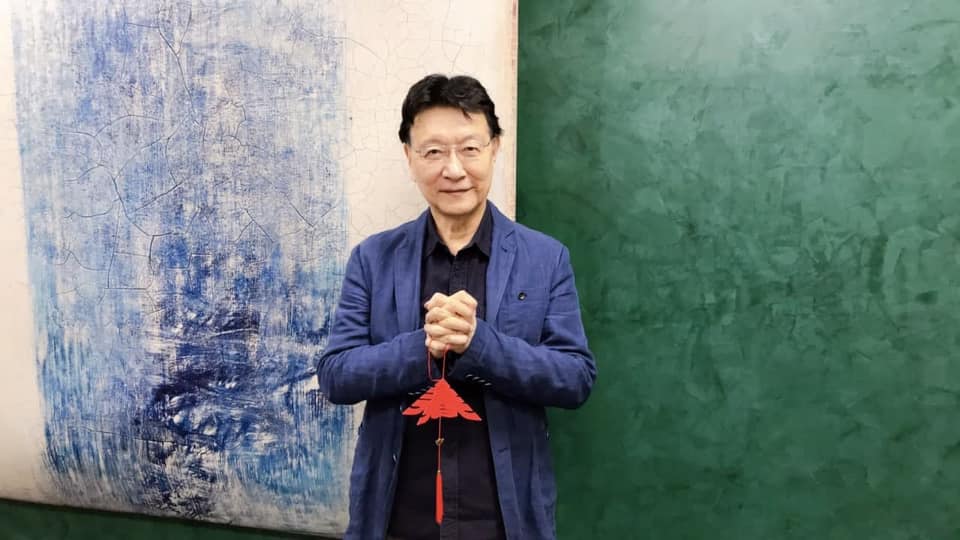 Jaw, a media personality and the chair of the Broadcasting Corporation of China (BCC), was previously a rising star in the KMT in the 1990s. Jaw broke from the party, however, in order to align with the New Party, which split from the KMT in the 1990s because of its perception that the mainstream KMT was drifting away from the fundamental core values of the party.

Some questions remain regarding the legality of Jaw running for office as chair of the BCC due to laws forbidding media workers from running for office while continuing to serve in their positions, but the DPP is likely to try and avoid the perception that it is cracking down on political opponents. Either way, Jaw proves a natural opponent for Johnny Chiang, as a traditionalist hardliner to be juxtaposed to Chiang’s efforts at reform within the party.

Jaw asked to rejoin the KMT earlier this month, stating that former Kaohsiung mayoral candidate Han Kuo-yu had approached him and suggested that he should run for chair of the KMT. Chiang’s weak position within the party should be self-evident from the fact that he had no other choice but to make way for Jaw, not only allowing Jaw to rejoin the party, but naming him to the KMT’s Central Standing Committee—effectively clearing the way for his opponent to challenge him.

Namely, when Chiang was originally elected as chair of the KMT, he proposed reforms such as jettisoning the 1992 Consensus to shed the KMT’s pro-China image. However, this encountered resistance from more traditional quarters of the KMT, with former president Ma Ying-jeou coming out of retirement to take a more proactive role in the party to block Chiang’s efforts at reform. Despite Ma’s low popularity when he left office in 2016, Ma’s strong position within the party at present is probably due to the fact that he was the last leader of the KMT to hold presidential office, and because subsequent party leaders have fared much worse than Ma in terms of attracting popular support. 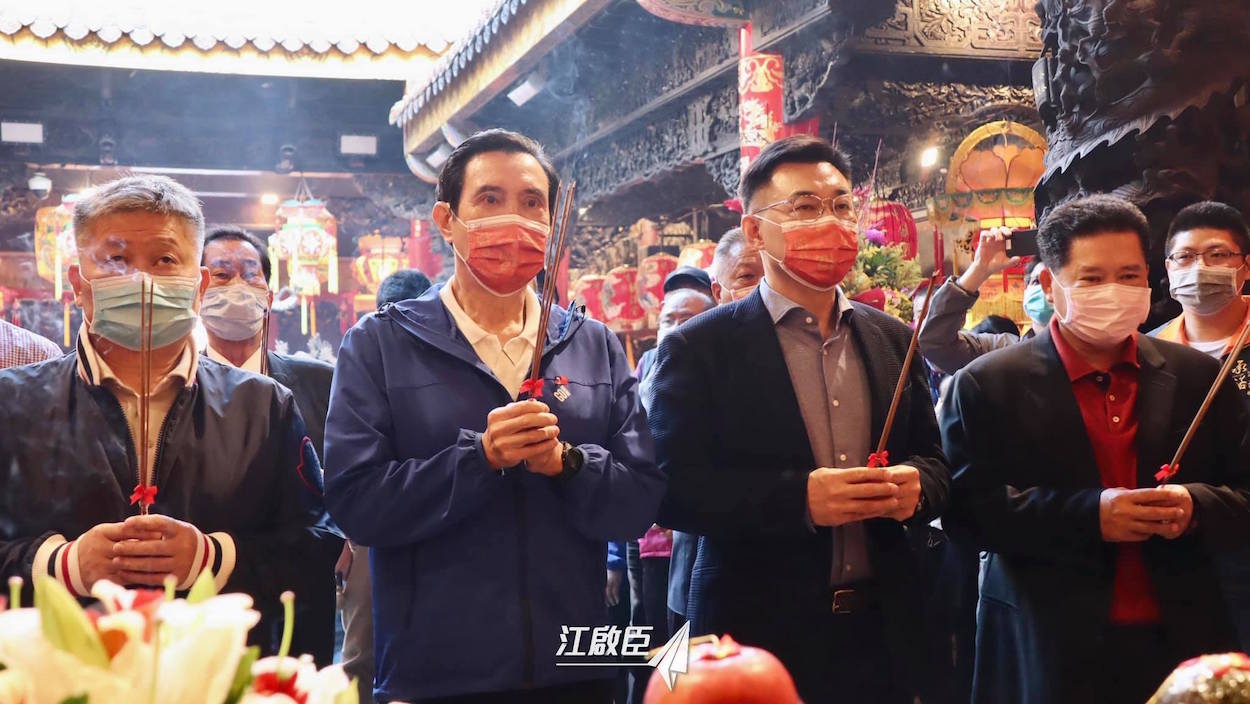 There is speculation that Chiang might align with former KMT chair and presidential candidate Eric Chu in his reelection bid. Chu is generally viewed as another moderate within the party, who is comparatively less pro-China, and who was angling to attract the support of young people during his bid for the KMT’s 2020 presidential nomination. But Chiang is likely to face competition from ideological hardliners in the party.

By citing support from Han, Jaw is likely angling for the support of deep Blues within the party, including strong supporters of Han Kuo-yu. Given his background in the deep Blue New Party, Jaw will likely be welcomed by such individuals. Much speculation previously revolved around the possibility of Han running for KMT chair. So it is to be seen as to whether Han takes a more proactive role in backing Jaw or another candidate—or if he were to decide to throw his hat into the race himself.

Ma has made a number of public appearances with Chiang, particularly regarding attempts by the KMT to attack the DPP regarding the issue of ractopamine-treated pork imports from the US. At the same time, it is also to be seen whether Ma would take a more proactive stance against Chiang in a re-election bid—in the past, speculation has suggested that Ma himself might seek to run for party chair. Other possibilities are that perennial contenders for leadership positions in the KMT would try to enter the chair race or seek to influence the outcome of the race. This could include former majority speaker Wang Jinpyng, historically seen as the leader of comparatively pro-localization forces in the KMT, though increasingly pushed aside by other politicians in past years.

Looming over the chair election is the question of who will be the KMT’s presidential candidate in 2024, when current president Tsai Ing-wen’s term ends. In 2020, the KMT made changes to internal rules that previously stipulated that the KMT’s presidential candidate would also serve as its party chair. It is generally believed that such changes were made in order to prevent Han Kuo-yu from becoming chair of the KMT, due to distrust in Han’s unpredictable political behavior by the party establishment.

For the sake of both the reforms and the legacy of the @kuomintang, I will run for reelection as #KMTChairman. As Chairman, I will be a #KMTKingmaker in the upcoming elections to make #Taiwan and the #ROC a better, more vibrant #democracy! pic.twitter.com/83ImN6H1d9

Tweet by Johnny Chiang touting himself as a “kingmaker”

In the absence of further revisions to its internal rules, the KMT’s next chair will not be its presidential candidate. But contenders for the position of party chair will likely be increasingly questioned regarding who they would plan on running for the KMT’s presidential candidate. Certainly, Johnny Chiang has himself brought up the question, stating that the KMT needs a “kingmaker” as party chair to produce a strong candidate—obviously suggesting that he would be such a kingmaker.

Some have suggested that current New Taipei City mayor Hou You-yi, currently one of the most popular politicians in Taiwan, would be a strong presidential candidate for the KMT. Nevertheless, given the KMT’s current internal strife, Hou has notably kept his distance from the rest of the party at present. And the KMT might pass over Hou, a relatively junior politician, as a party that has long prioritized hierarchy in its choice of who takes up leadership positions. This remains to be seen.