Han claimed last week during a press conference that if elected as president, he would increase tourism numbers to Taiwan in order that 20 million tourists visit Taiwan annually by 2028. As Taiwan saw 11.1 million tourists in 2018, this would effectively be to double the number of tourists within the next eight years. 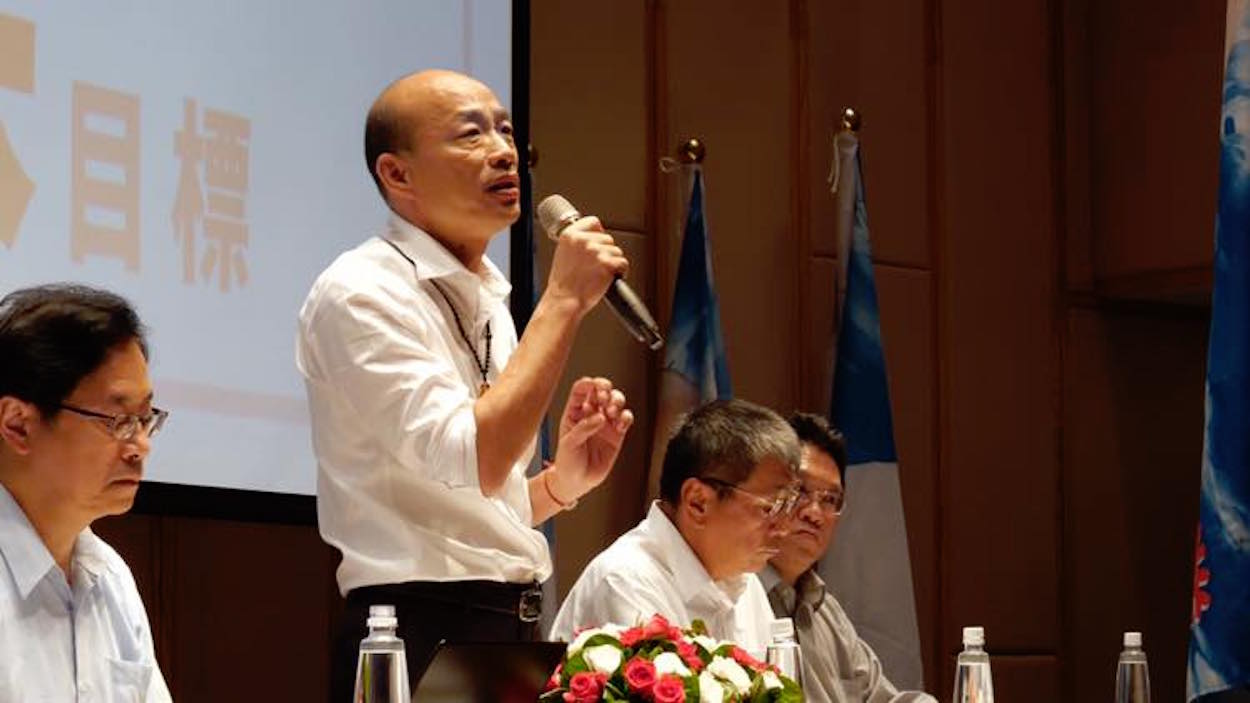 In particular, Han has claimed that he will accomplish this goal by negotiating with the Chinese government to allow for both individual and group tours from China. The number of Chinese tourists to Taiwan dropped from 4.1 million in 2015 to 2.7 million in 2018, given restrictions on visits to Taiwan imposed by the Chinese government as a means of economically hurting the Tsai administration. It is not impossible that the Chinese government would allow for increased Chinese tourism if Han was elected, as a way of benefiting Han. In order to provide for easier transportation between Taiwan and China, Han also pledged to establish ferry services between Taiwan’s outlying island of Penghu and Fujian province in China.

Taiwan usually sees increases or decreases in tourist numbers by no more than one million per year. Han’s goal would require the ambitious goal of increasing the number of tourists to Taiwan by one million every year. However, doubling the amount of tourists that visit Taiwan is likely to cause large disruptions and could strain Taiwan’s public infrastructure.

To this extent, Han has been scoffed at by members for the public for some of his suggestions to increase tourism, such as installing flag platforms on peaks above 3,000 meters and holding flag-raising ceremonies daily. Han would be attempting to appeal to the ROC nationalism of many of his supporters with this claim, but this notion has been criticized as unrealistic and a waste of public expenditure. As a result, Han later denied ever having made this claim. 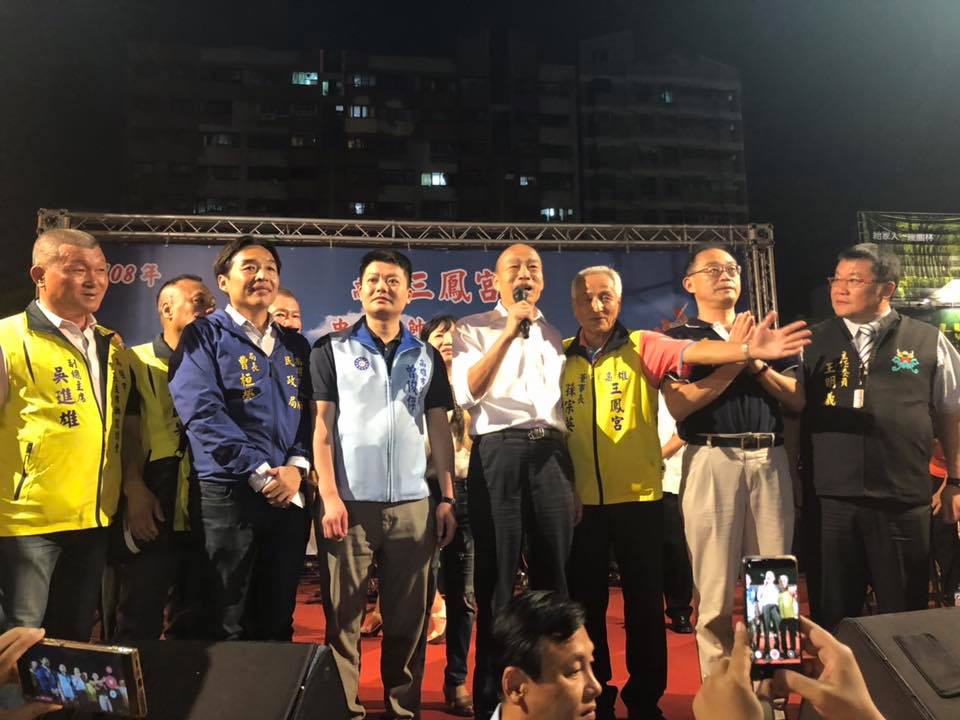 Lastly, Han was criticized after making a campaign promise that, as president, he would fund one year of free study abroad for all Taiwanese students as part of efforts to internationalize Taiwan. Han later retracted this promise after this plan was criticized because it would cost 136 billion NTD per year and 540 billion NTD every four years, though the Han campaign later claimed that this funding could be reallocated from the Forward-Looking Infrastructure Bill.

Indeed, this plan reminds of a similarly outlandish claim by FoxConn CEO Terry Gou during the KMT presidential primary debates that, if elected as president, he would provide for the care of all children in Taiwan until age six. Gou did not specify where the source of funds for this would be, though one suspects that this would not be coming from his personal wealth as Taiwan’s richest man.

Promising welfare state policies to voters would likely just be for the sake of winning votes, without any actionable plans on the part of KMT politicians. As if to confirm this, Han stated earlier this month that he would repeal the Tsai administration’s 2017 changes to the Labor Standards Act—not to restore the thirty years of labor reforms that they undid, but in order to allow bosses to force their workers to work more.

At the same time, one expects that it will not bother Han supporters that their preferred candidate frequently makes and retracts unrealistic campaign promises, much as Han’s record as Kaohsiung mayor also demonstrated a pattern of Han not acting on the campaign promises he made during 2018 elections. The Han campaign has demonstrated creativity in its campaigning through the release of a new social media app for Han supporters, although some question whether the app is intended to gather data on its users for the sake of election campaigning, or could serve as a means of digital election interference. How successful Han’s campaign will be remains to be seen. 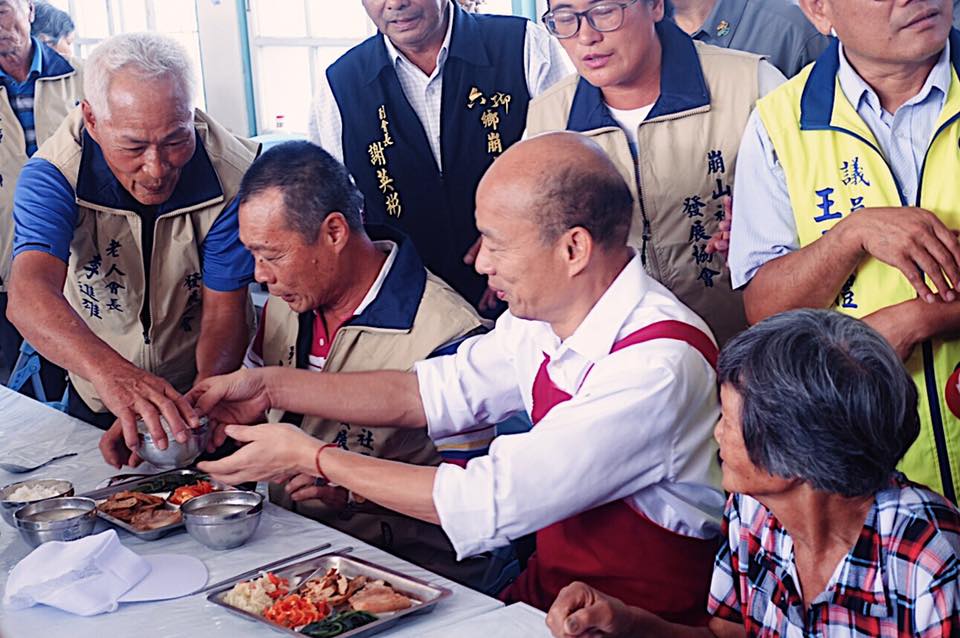 Earlier this month, Han raised eyebrows by taking three months off as mayor in order to campaign, while also not resigning his position as mayor of Kaohsiung—likely intending to return to be Kaohsiung mayor if his presidential campaign is unsuccessful. That being said, organizers of a recall campaign against Han as Kaohsiung mayor were successful in reaching the threshold of 300,000 signatories needed for a recall vote to take place. While the recall vote is unlikely to be successful, at the very least, it can prove damaging to Han’s credibility during presidential campaigning.