Han Kuo-yu Confirmed as the KMT’s Presidential Candidate, But Fractures Remain Visible in the Party

HAN KUO-YU was confirmed as the KMT’s presidential candidate on Sunday at the party’s National Congress, although an unusual development was the simultaneous announcement that a KMT president would not simultaneously serve as the chair of the party going forward. Indeed, this seems to be a sign that the KMT party establishment is hoping to limit Han’s ability to influence the party, despite being willing to allow Han to potentially become the next president of Taiwan. 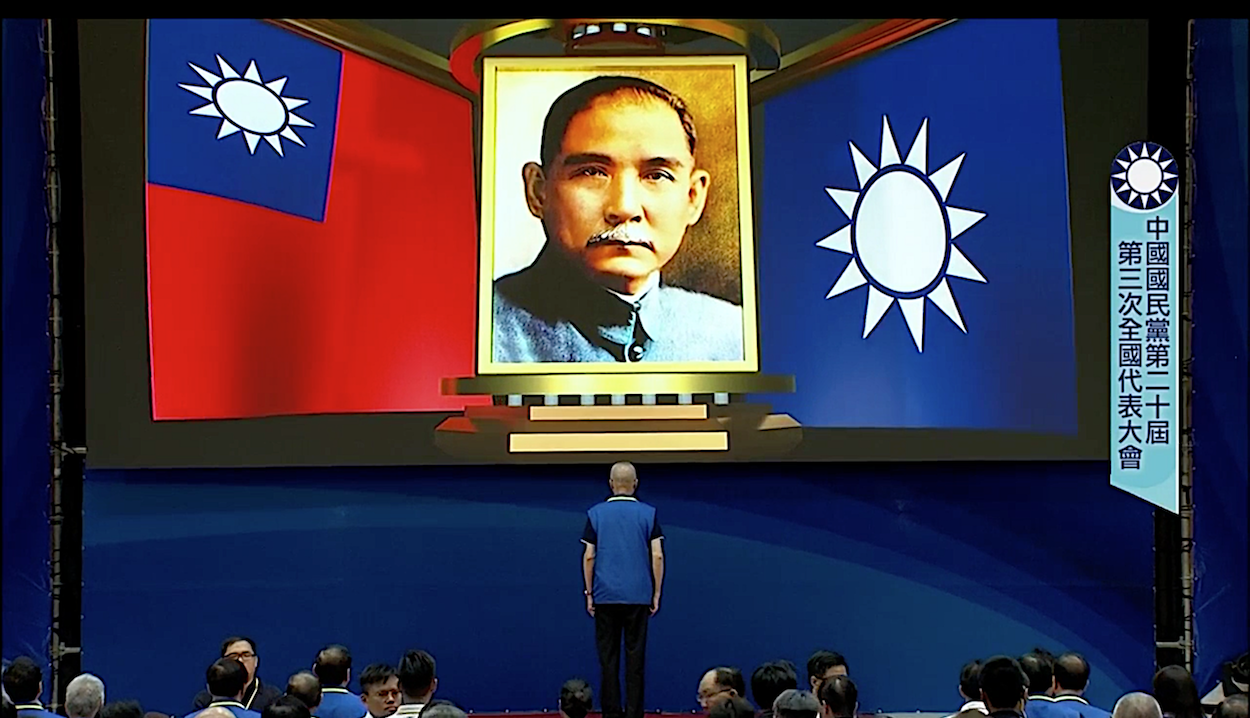 In the event of a Han presidency, Han would very likely still be able to strongly influence the choice of becomes the next KMT chair, and it is possible that Han could still be able to strong-arm, out-maneuver, or co-opt whoever is KMT chair in order to become the de facto leader of the party. Terry Gou, Han’s main competitor in KMT presidential primaries, previously intimated that Han would seek to name Want Want Group chair Tsai Eng-meng as KMT chair. Tsai, Taiwan’s second-richest man and a rival of Gou’s, Gou being Taiwan’s richest man, backed Han by commanding his media empire to constantly report on Han, with news coverage of Han reaching 70% on some days.

Ironically, Han actually ran for KMT party chair as a long-shot candidate in 2017, suggesting that he may have always had high ambitions within the party. Otherwise, Han’s unsuccessful run may have simply been aimed at boosting his political standing within the party, perhaps hoping to replicate the model of Hung Hsiu-chu, a previously obscure politician that became a superstar overnight by refusing to stand down in the KMT presidential primaries and unexpectedly winning the primaries. Being allowed to run as the KMT’s Kaohsiung mayoral candidate in a race that he was originally viewed as unlikely to win was likely something that only took place because of Han’s previously running for KMT chair.

As KMT chairs serve four-year terms, current chair Wu Den-yih, who was elected in 2017, is to serve until 2021. Wu could potentially run for reelection. However, Wu has not proved a particularly strong leader for the KMT with any innovative guiding vision, and the possibility of Wu being replaced by a Han proxy or another KMT politician is high.

That being said, many questions remain about whether Han’s presidential candidacy will provoke splits within the KMT or not, as well as whether any of the candidates who lost out to Han in presidential primaries will seek to run as independents. The absence of New Taipei mayor Hou You-yi at the National Congress despite the National Congress taking place in Banqiao, New Taipei, for example, has not gone unremarked upon, and comments by Hou to media afterward seem to suggest that the absence was deliberate. Gou, too, was absent, with much speculation about whether Gou will return to the KMT. 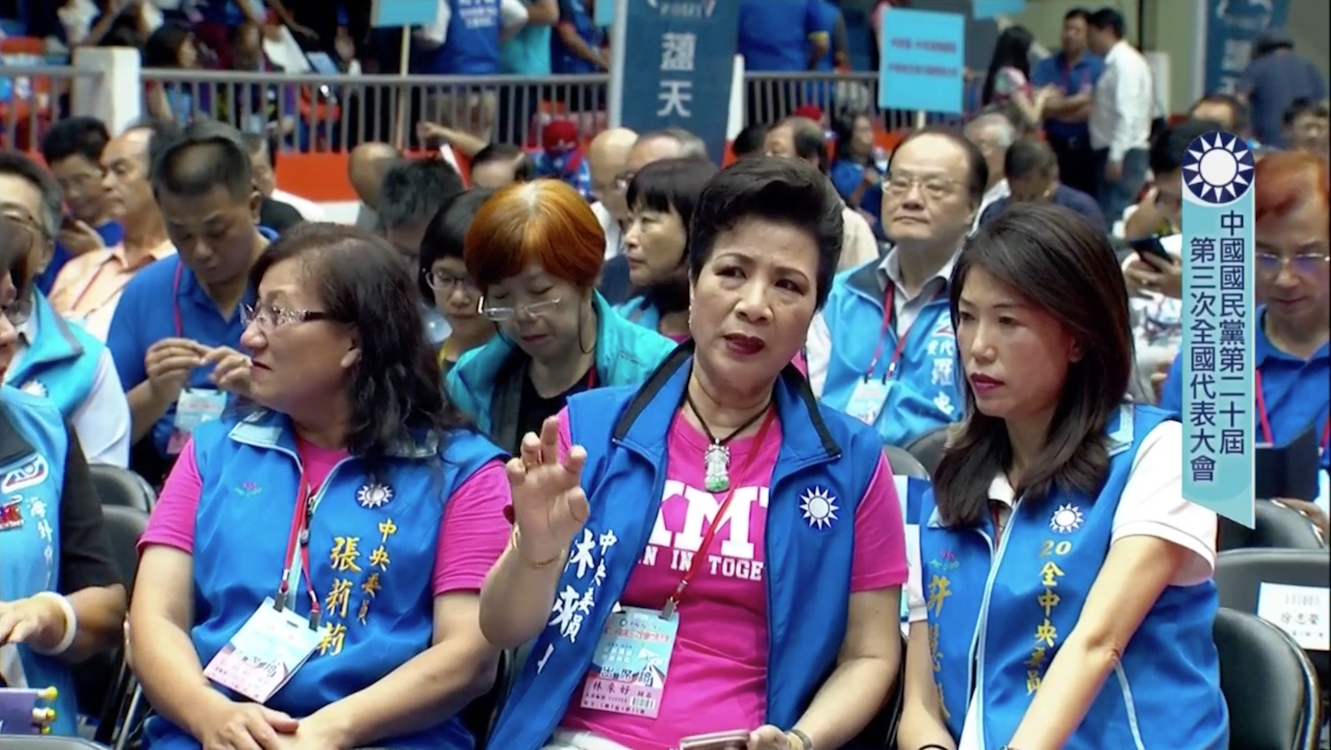 Han’s independent political base separate from that of just the KMT allows him considerable ability to pressure the party leadership. No other KMT presidential candidate would have been able to command crowds of tens of thousands for a rally declared on short notice, for example, as occurred in June, and then to hold a series of rallies nationally. Han also benefits from what is thought to be Chinese election interference on his behalf, with Han generally viewed as China’s preferred candidate during KMT presidential primaries.

The pan-Blue camp could become split, however, if Terry Gou were to use his considerable wealth to finance an independent run. It is speculated that Gou could potentially align with Taipei mayor Ko Wen-je for a joint ticket, an idea that Ko seems open to so far, at least in public comments. Former KMT legislative speaker Wang Jinpyng or PFP chair James Soong have also been touted as potential running mates for Ko. Ko seems set to run after announcing the formation of the Taiwanese People’s Party (台灣民眾黨) earlier today, with speculation that he will team up with Gou.

Han has, if anything, proved to be an unpredictable candidate, one prone to frequent gaffes and controversies, raising the possibility that his popularity could see a sudden downturn at any time. Although Han continues to be highly popular among older demographics, support for Han by younger voters has noticeably declined in the last half-year. 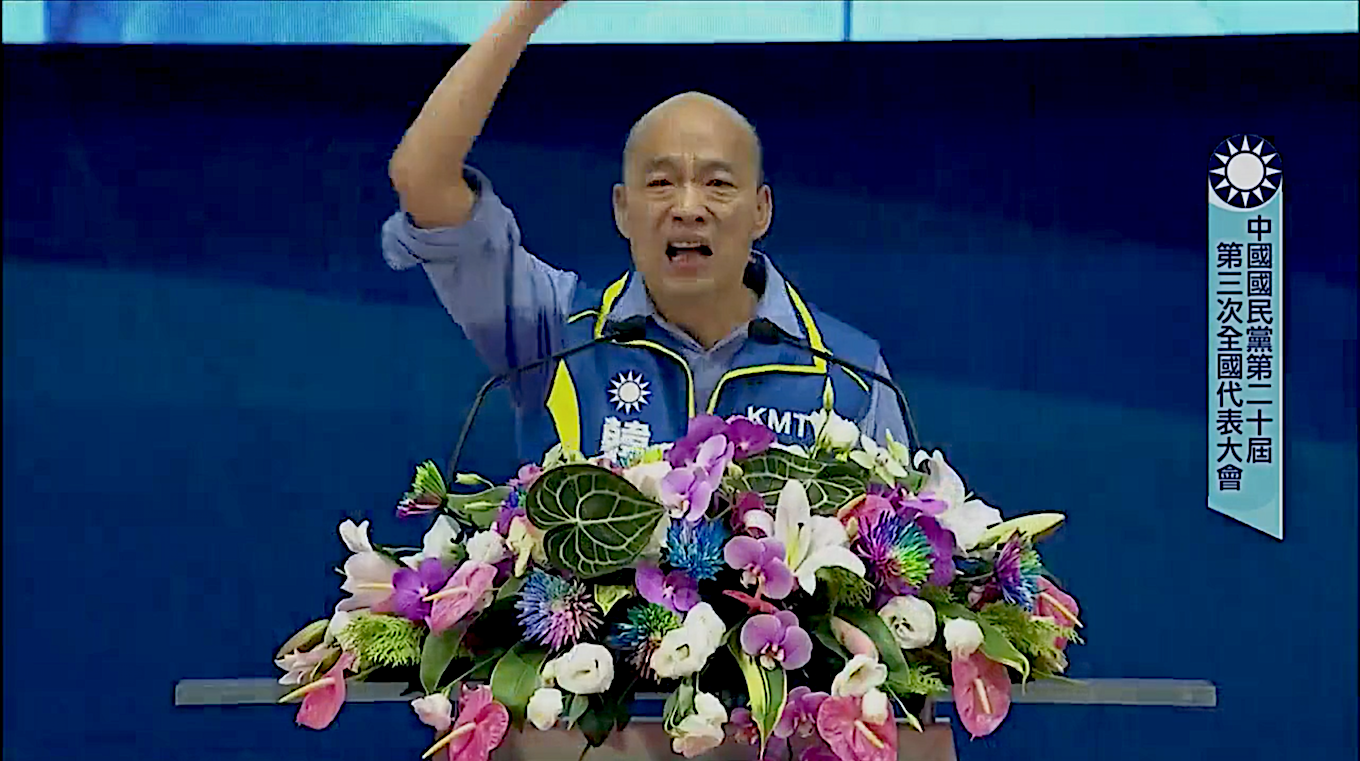 It is not impossible that if Han runs aground as a candidate, he could be replaced by someone else, likely Terry Gou if Gou does not decide to first run as an independent. And if Han were to refuse to withdraw as the KMT’s presidential candidate, this could lead to further splits within the KMT.

As such, internal fractures in the KMT do not seem to have been healed with Han named the KMT’s presidential candidate in the wake the party’s presidential primaries. The possibility that such fractures will, in fact, continue to grow is quite large.