COMMENTS BY Taipei mayor Ko Wen-je at the Taiwan People’s Party’s (TPP) first national congress last week are telling about the current political orientation of the party, as well as the challenges it faces going forward. Ko raised eyebrows by calling for a ‘Silent Revolution” in Taiwanese politics at the party congress, a pointed criticism of the Tsai administration indicative of the party’s pan-Blue leanings. At the same time, Ko did not lean as heavily into pan-Blue rhetoric as much as he did during the TPP’s founding one year ago. 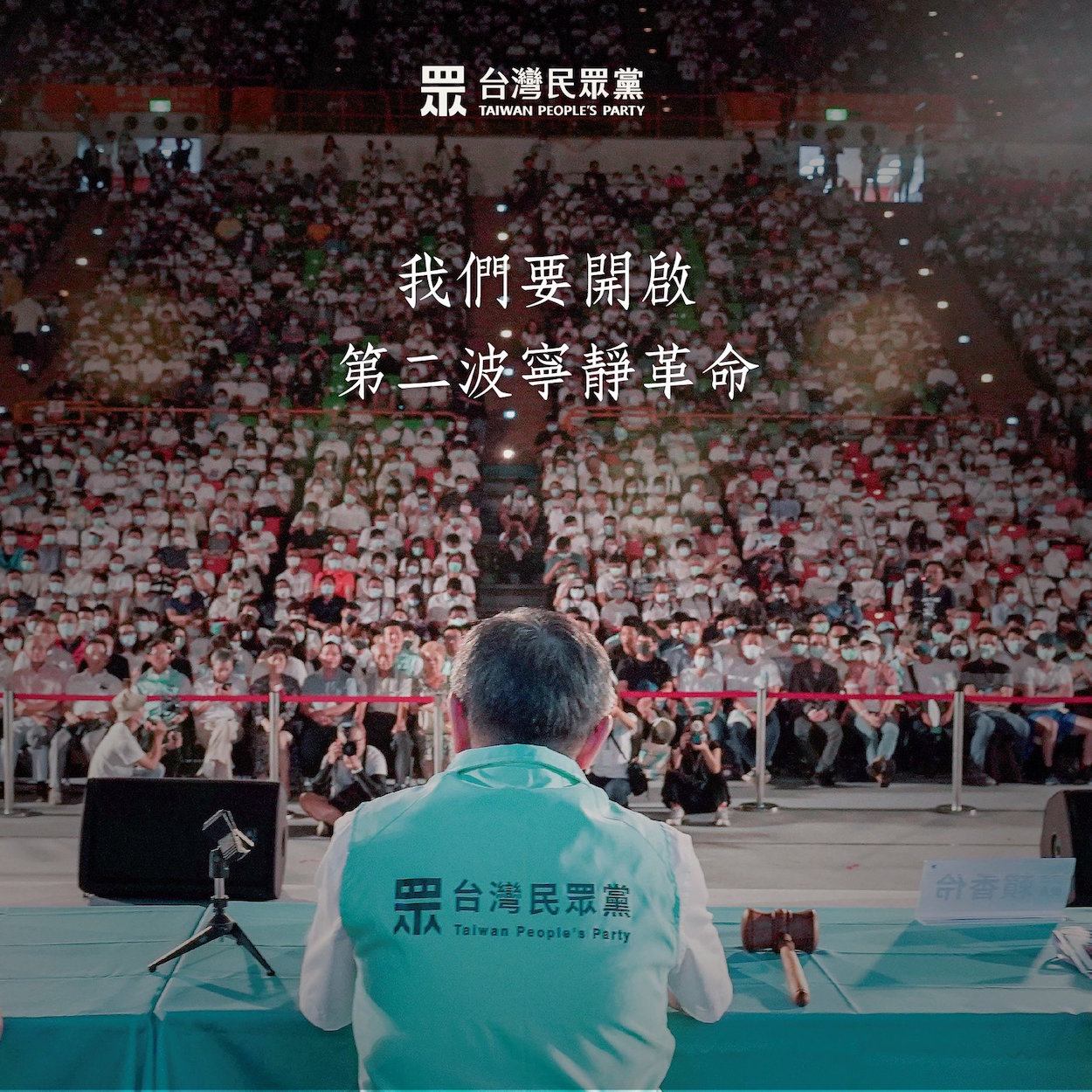 This did not prove an issue on the day of the congress, seeing as 5,141 TPP members attended the congress. The congress was held on the first anniversary of the party’s founding, on August 6th last year. The TPP takes its name from Chiang Wei-shui’s political party during the Japanese colonial period with the same name; August 6th is Chiang, as well as Ko’s birthday.

Ko’s comments were, to a large extent, shaped by the death of former president Lee Teng-hui the week before the congress. Ko claimed that Taiwan was in need of a second “Silent Revolution” in politics, to advance beyond the deadlock of pan-Green versus pan-Blue political parties. According to Ko, this was a means to further Taiwan’s democratization, in achieving a just and equal society, carrying on the work of the Taiwanese democracy movement in overturning the “Ten-Thousand Year National Assembly.”

In his speech, Ko leaned heavily into technocratic tropes, claiming that the party sought to achieve more efficient fiscal regulation of Taiwan, to promote economic growth and practice effective governance. In this sense, Ko claimed that the TPP sought to move beyond pan-Blue and pan-Green partisanship through achieving rational governance that was not colored by political concerns. Ko also claimed that the TPP would seek to provide oversight over both major political parties in Taiwan.

To this extent, Ko defended the cross-strait exchanges that he has carried out with China, claiming to be defending the interests of taishang and promoting flexible international exchanges to increase Taiwan’s space in the international sphere. Ko’s city-based cross-strait exchanges with China, in which Ko frequently refers to Taiwan and China as “One family on both sides of the straits” (兩岸一家親), have been controversial in past years. 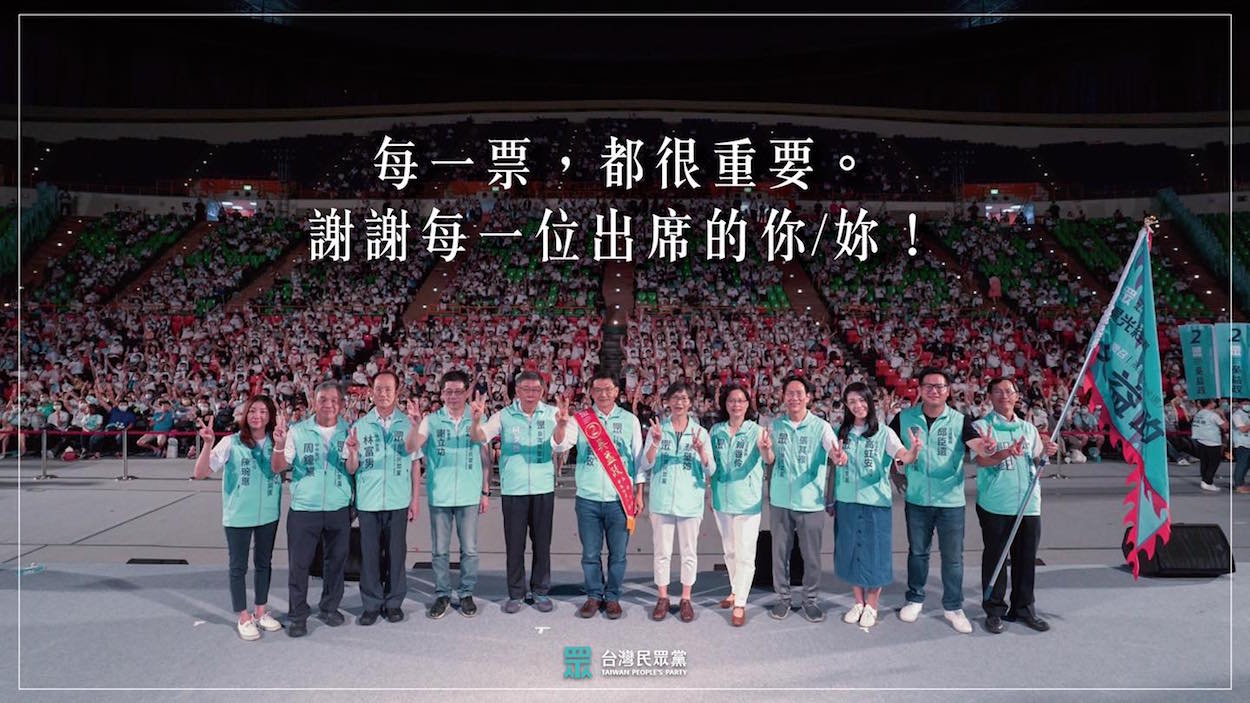 These exchanges have been one of the major reasons why Ko became increasingly alienated from the pan-Green camp. Ko was initially elected into office in 2014 with the support of post-Sunflower Movement youth activists, who advocated moving beyond the partisan mudslinging of the pan-Blue and pan-Green camps. But in the years since, Ko is seen as having drifted closer to the pan-Blue camp. This occurred due to Ko’s cross-strait exchanges and because of public appearances by Ko with pan-Blue politicians including “White Wolf” Chang An-lo, a former killer of political dissidents during the White Terror period, People First Party (PFP) chair James Soong, and others. Ko’s latest cross-strait exchange with China was conducted last month by video conference, seeing as the ongoing COVID-19 pandemic makes travel between Taiwan and China difficult.

Moreover, although Ko Wen-je’s TPP claims to be a political party beyond the partisan divisions of pan-Green versus pan-Blue politics, its legislators are primarily drawn from pan-Blue backgrounds, ranging from former labor activist Lai Hsiang-lin to former FoxConn executive Ann Kao.

Ko was clearly trying to attack the Tsai administration by claiming that there was a need for a second “Silent Revolution” in Taiwanese politics with the Tsai administration in power. But compared to Ko’s comments during the TPP’s founding meeting, Ko was less emphatic on trying to appeal to traditional demographics of the pan-Blue camp. In 2019, Ko linked what he claimed to be Taiwan’s national decline to the “destruction of the civil service” (文官制度破壞) since 2000. 2000 was the first time that a DPP political administration took office, during Chen Shui-bian’s first election victory as the first non-KMT president in Taiwanese history. Comments by Ko seemed to be an attack on the DPP’s efforts at pension reform, seeing as the DPP has sought to undo the generous pensions awarded to civil servants, members of the military, teachers, and police as a reward for political loyalty by the KMT during its one-party rule, Ko hoping to appeal to these groups.

The TPP has often sided with the KMT in its political stances over the past few months, attacking Chen Chu’s nomination as chair of the Control Yuan, or calling for Minister of Health Chen Shih-chung’s replacement. Yet Ko’s comments strike as attempting to come off as less unabashedly pan-Blue, indicating how Ko continues to make efforts to appear as though he island the TPP are genuinely neither of the pan-Blue or pan-Green camps. 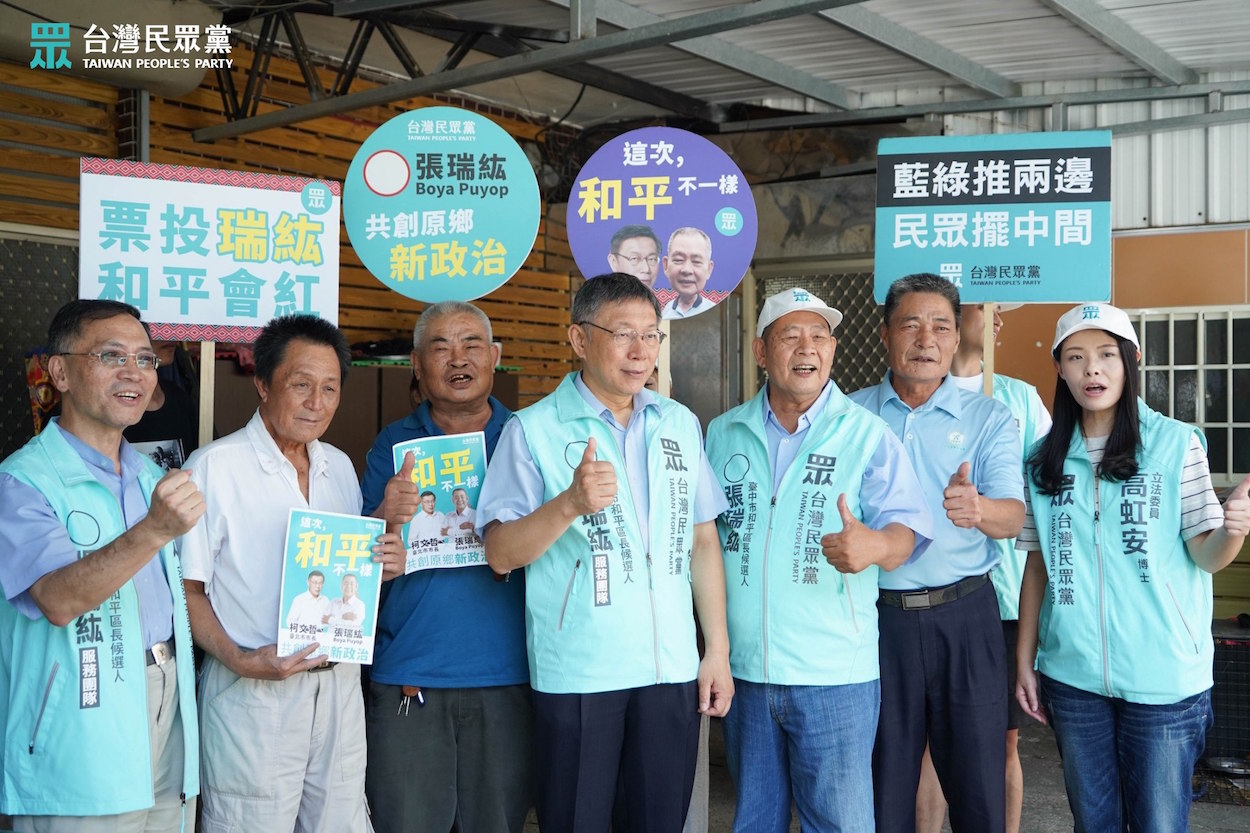 For example, despite his recent cross-strait video conference exchange with China last month, Ko has been condemnatory of the actions of the Hong Kong and Chinese governments after the arrest of the Apple Daily’s senior leadership and the police raid of its office yesterday. Nevertheless, Ko has also referred to the Tsai administration’s cross-strait policy as “provocative” of China and stated that Taiwan should “remain silent” regarding Xi Jinping’s efforts to achieve the political annexation of Taiwan through the formula of “One Country, Two Systems”.

Tactics by the TPP indicate that it is continuing to try and make inroads into places where the grip of the DPP seems to have weakened, such as by running PFP city councilor Wu Yi-jheng in the Kaohsiung mayoral elections. The TPP likely realizes that Wu will not win the election, but hopes to boost its standing in southern Taiwan by running Wu.

It is possible that compared to last year, when Ko was focused on winning over members of the pan-Blue camp that were jaded with the KMT, the TPP is now more focused on trying to win over the traditional party base of the DPP, in trying to build a political base of supporter in southern Taiwan. But even if Ko sought to play a delicate balancing act in his comments, the TPP’s legislative caucus generally has sided with the pan-Blue camp more often than not in past months. This may undercut attempts to win over pan-Green voters. This remains to be seen.