AN ONLINE VIDEO conference to commemorate city-based cross-strait exchanges between Taipei and Shanghai was held late last month. City-based cross-strait exchanges have taken place under the auspices of Taipei mayor Ko Wen-je since 2016. The meeting was held on July 22nd, with proceedings on the Taipei side taking place at the Regent Taipei, while proceedings for the Shanghai side took place at the Shanghai International Convention Center.

The video conference was the sixth cross-strait exchange that has taken place to date. The video conference meeting drew less attention than other cross-strait exchanges that have taken place in the past, however. This is likely because it did not involve any physical travel between Taipei and Shanghai by Ko or any Taiwanese or Chinese government officials, given the ongoing COVID-19 pandemic. 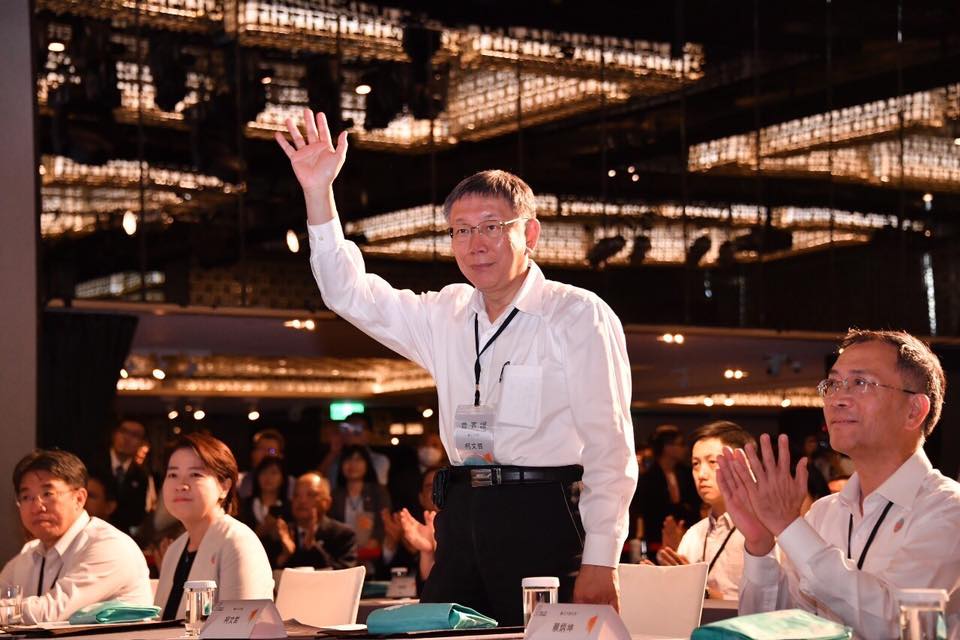 As with past cross-strait exchanges, Ko again affirmed his view that “There is one family on both sides of the Taiwan Straits” (兩岸一家親). Ko also raised the notion of the “Five Mutual Agreements” (五個互相) that Ko first began to articulate as a formula for cross-strait relations during an interview with Chinese state broadcaster CCTV on March 30th, 2015. These state that “Mutual recognition, mutual understanding, mutual respect, mutual cooperation, and mutual compassion” (互相認識、互相了解、互相尊重、互相合作、 互相諒解) should serve as the basis for cross-strait exchanges. In the course of the exchange, both sides pledged mutual assistance to combat the ongoing COVID-19 pandemic, to develop the economy, and to protect the environment.

Although Ko was elected into office in 2014 with the support of post-Sunflower Movement youth activists, in the years since Ko has provoked controversy with his city-based cross-strait exchanges with Shanghai and for his strengthening ties with the pan-Blue camp. Ko has stated many times in the course of cross-strait exchanges that he views Taiwan and China as “One family on both sides of the Taiwan Straits” who share a “common destiny.”

In conducting cross-strait exchanges, Ko is sometimes accused of seeking to win the political support of the Chinese government. In the years since 2014, Ko has also caused controversy many times for making public appearances with pan-Blue politicians such as former gangster “White Wolf” Chang An-lo, who conducted political killings for the KMT during authoritarian times, and James Soong of the PFP.

As such, Ko is increasingly thought of as a figure of the pan-Blue camp. While the political party that Ko formed last year, the Taiwan People’s Party, claims to be beyond pan-Blue and pan-Green political distinctions, the party’s five legislators are primarily drawn from pan-Blue backgrounds.

It proves interesting that Ko Wen-je has continued to carry out cross-strait exchanges with Shanghai in the midst of the COVID-19 pandemic. In particular, the Tsai administration has enjoyed high approval ratings in past months because of its successful handling of COVID-19. The COVID-19 pandemic has also seen upticks in Taiwanese identity trends, seeing as Taiwan was one of the few nations that was able to successfully prevent the spread of the pandemic without needing to resort to expansive lockdowns. 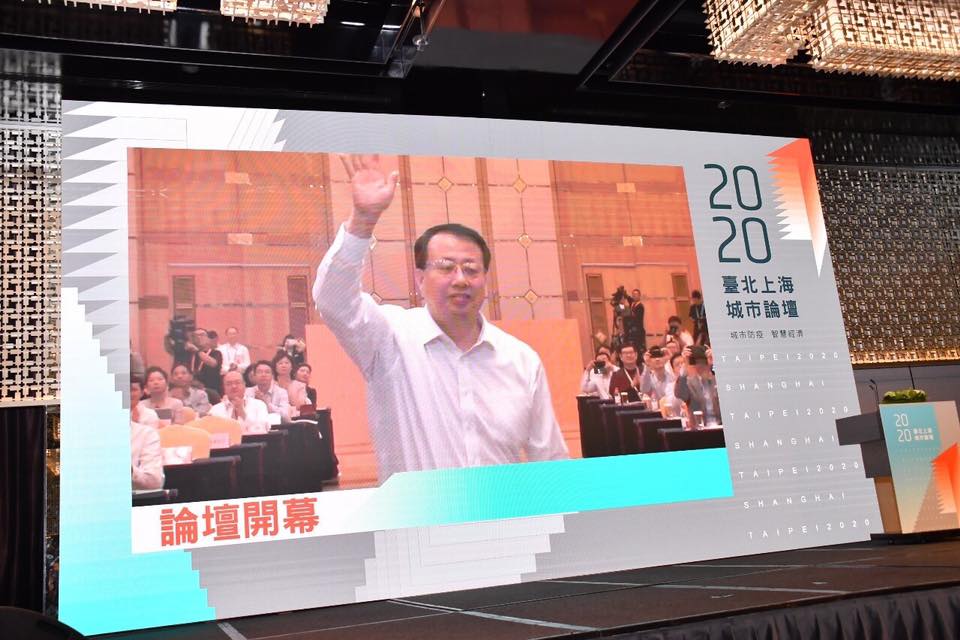 The Shanghai side of the exchange, calling in by video conference. Photo credit: Ko Wen-je/Facebook

Ko’s TPP has, likewise, attempted to search for issues with which to attack the DPP during the COVID-19 pandemic. This also includes attacking the DPP’s economic stimulus programs, as well as regarding the issue of repatriation for Taiwanese that had given up their Taiwanese citizenship in lieu of Chinese citizenship, calling for the replacement of highly popular Minister of Health and Welfare Chen Shih-chung.

But the potential for miscalculation by Ko and the TPP in trying to attack the DPP on an issue that is not likely to win public support is high at present. Leaning too heavily into promoting cross-strait exchanges now would likely lead to public backlash against the TPP. Yet the party’s actions suggest that it may, in fact, go along with broader pan-Blue trends—so in the absence of other issues to attack the DPP, it will likely try and grab onto cross-strait issues or issues regarding the economy.