DESPITE THE DPP passing the pension reform bill for public servants, teachers, and military veterans it has struggled to push through legislature for some time, one expects that challenges to the bill will continue in the future. This will occur on two fronts. Firstly, the KMT has announced that it plans to seek legal challenges to the bill, with claims that the bill is unconstitutional. Secondly, one does not expect demonstrators against pension reforms to go away any time soon.

Pension reforms for public sector workers are needed in order to save Taiwan’s pension system from going bankrupt in the near future. In particular, the 18% preferential savings rates paid to pensioners is controversial. This is why pension reform is needed. Likewise, at a time of low salaries across the board for Taiwanese workers, retired public sector workers can still make more than the average monthly salary. This proves why pension reform is probably an issue supported by the public, in spite of the loud discontents of demonstrators against pension reform. 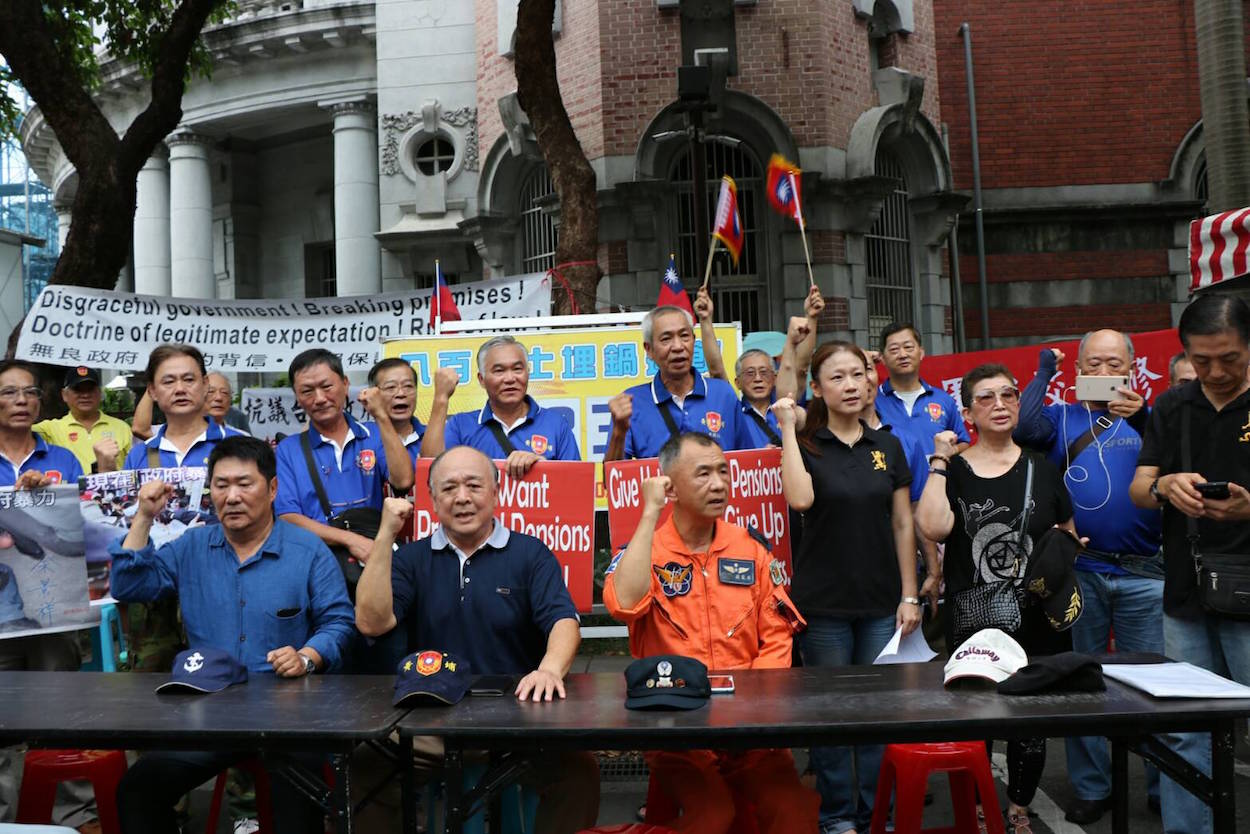 It is to be questioned whether the KMT opposing pension reforms will actually be a successful strategy for it in 2018 local elections, seeing as it has been demonstrated in the past that the majority of the public supports pension reforms. The KMT is banking on the political base of public servants, teachers, and members of the military to support it, but this is not substantial enough of a base for it to be reasonable for the KMT to stake as much political capital on the issue at the risk of alienating other political bases as it has.

Either way, one expects protests by the self-proclaimed “800 Heroes”’ veteran groups to continue. Namely, a number of deep Blue causes are mixed together with opposition to pension reforms from the “800 Heroes”, including ROC nationalism, nostalgia for past authoritarianism, and pro-unification views. Despite vowing a “final” set of protests before the pension reform bill was to pass, the emergence of this deep Blue political force may have come from the issue of pension reforms, but it will not be going away anytime soon. 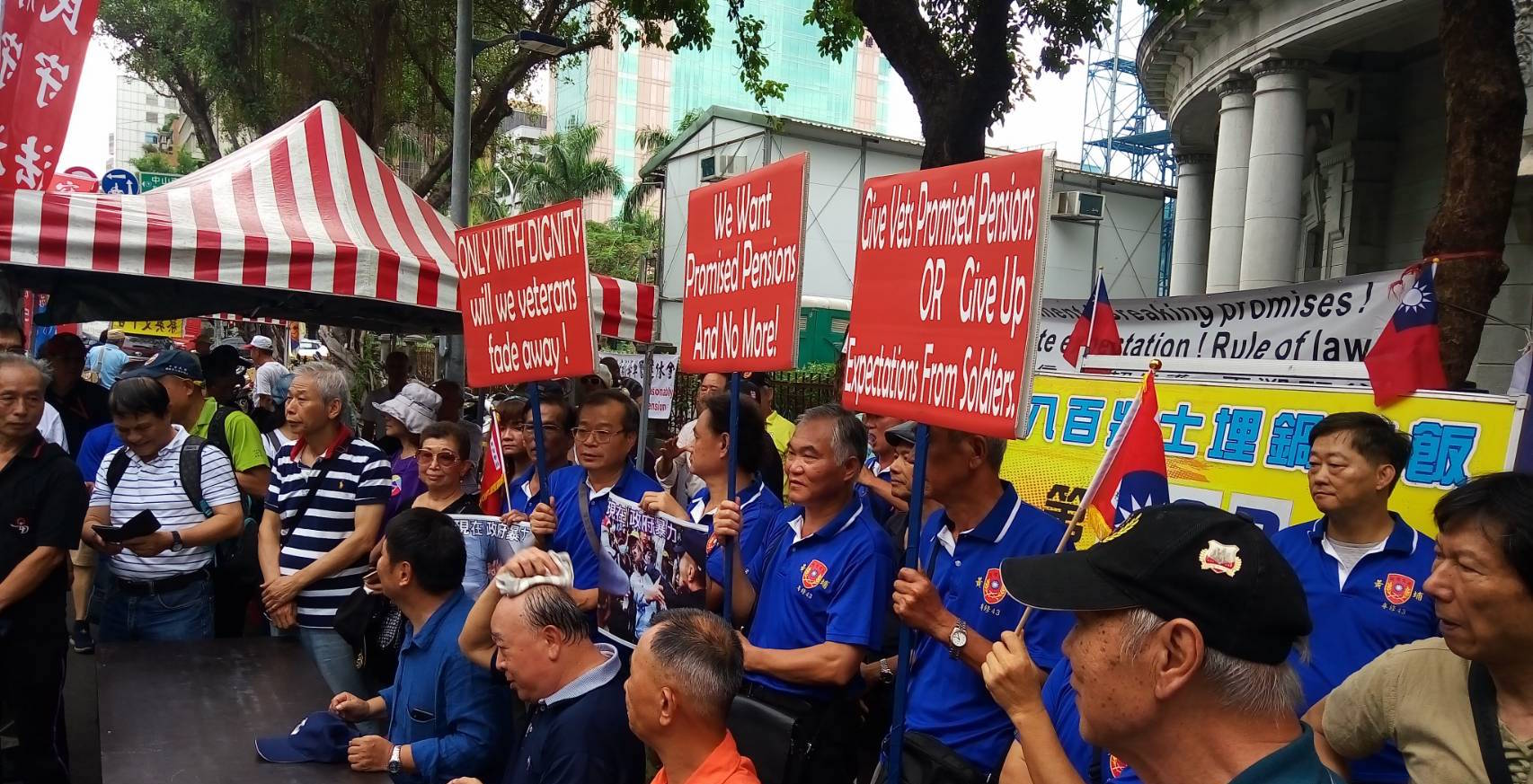 Similarly, after a member of the “800 Soldiers” fell off of the roof during an attempt to climb into the Legislative Yuan, the man later died from his injuries because the reaction of his cohorts was not to call an ambulance right away, or to not move him, as should be done in the case of falls into the ambulance arrives. Instead, the reaction was to try and shake him awake—this all occurring in spite of the fact members of the “800 Heroes” are former military personnel who should know how to treat injuries.

Otherwise, the optics of the “800 Heroes” has also not proved helpful for their cause. Attacking journalists at protests—as occurred several times during demonstrations held by the “800 Heroes”—proves deeply questionable when making journalists of all political stripes hesitant to cover protests for fear of being attacked makes them hesitant to cover their causes in a sympathetic light. Hilariously, members of the “800 Heroes” later attempted to make amends by designating special clothing for members of the press to wear at protests, though this was scoffed at by many journalists. 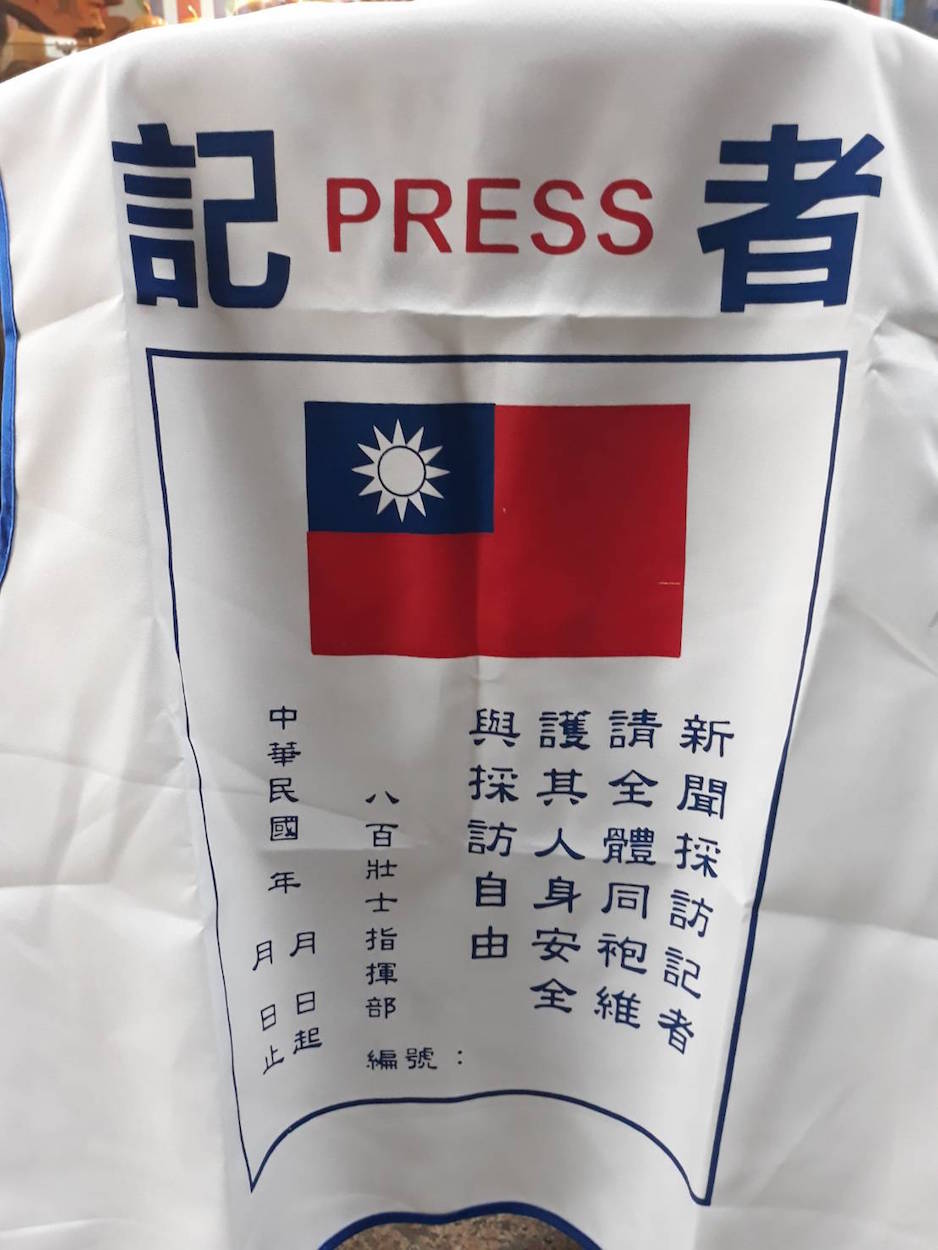 Clothing for journalists during protests provided by members of the “800 Heroes.” Photo credit: 八百壯士捍衛權益/Facebook

Similarly, the pro-China viewpoints of the “800 Heroes” have not helped, particularly given how out of touch they are with reality—such as claiming that China treats its military veterans better than the DPP, when contemporary protests by veterans China have resulted in the outright use of force by the Chinese government against military veterans.

The pension reform issue, then, may ultimately prove one which may backfire for the KMT. The KMT may be choosing the wrong hill to die on if it decides to continue to make this an issue.