MORE TROUBLES are ahead for the NPP, with the departure of the party’s two Taipei city councilors in the wake of corruption allegations against former party chair and legislator Hsu Yung-ming that emerged earlier this month. 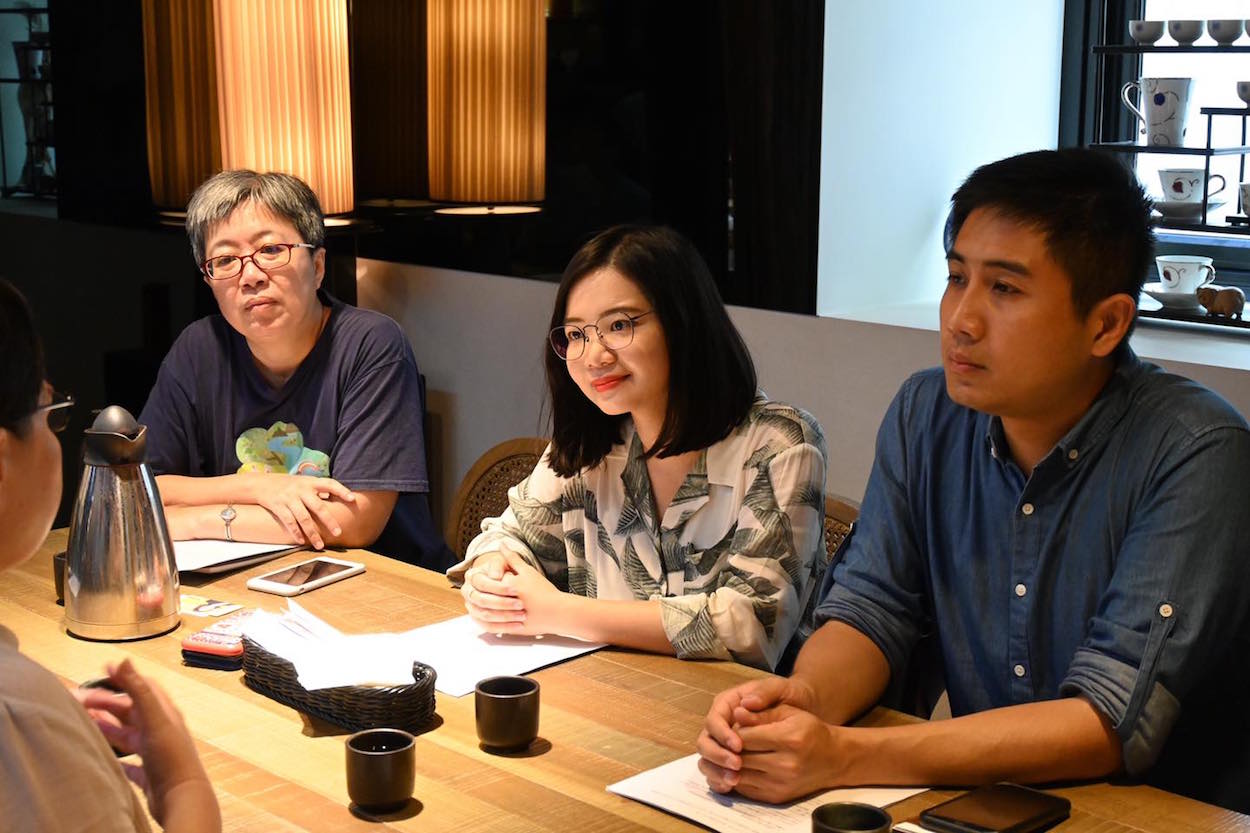 Hsu is accused of accepting bribes from former Pacific Distribution Investment Company Chairman Lee Heng-lung (李恆隆). Lee has been charged by the authorities with bribing six current and former legislators in order to lobby for changes to the law. Lee hoped that these legal changes would allow him to win his battle for ownership over the Pacific SOGO chain of department stores against the Far Eastern Group. It is still unclear if Hsu accepted bribes, although Hsu made a verbal commitment to Lee during a meeting. Alongside Hsu, one current and former DPP legislator, one independent legislator, and two KMT legislators are accused of taking bribes. Hsu has since resigned from the party.

This is not the first time that high-ranking NPP members have faced charges of corruption. Legislator Kawlo Iyun Pacidal was abruptly removed from her post in July 2019 after charges of inappropriately obtaining 4 million NT in government funding for two NGOs run by an assistant of hers. Some controversy has ensued regarding that Kawlo Iyun was abruptly removed from her post and expelled from the party, while the party has emphasized the need for due process for Hsu, indicating different treatment of the two cases.

Similar to Hsu’s accused involvement in an ownership struggle over Pacific SOGO, former party chair and legislator Huang Kuo-chang also recently raised eyebrows through becoming involved in an ownership struggle regarding Tatung Company, one of Taiwan’s most recognizable appliance brands. Huang sided with one faction in the Tatung ownership struggle after that faction nominated him as a candidate for independent director of the company, leading to accusations that he may have received kickbacks in return for support—it was also questioned that despite being a former Sunflower Movement leader, Huang sided with a company faction accused of having illicit investments in China.

In particular, generational tensions between the younger and older members of the party have been accentuated by the corruption allegations against Hsu. Huang and Lin stated that they viewed the party as having drifted from its original ideals as why they decided to leave the party. The NPP was, after all, a third party founded after the Sunflower Movement that sought to carve out an independent path from the DPP and KMT alike, in order to establish a “new politics” free of the corruption and vested interests that pan-Blue and pan-Green politicians have frequently become mired in during past decades. 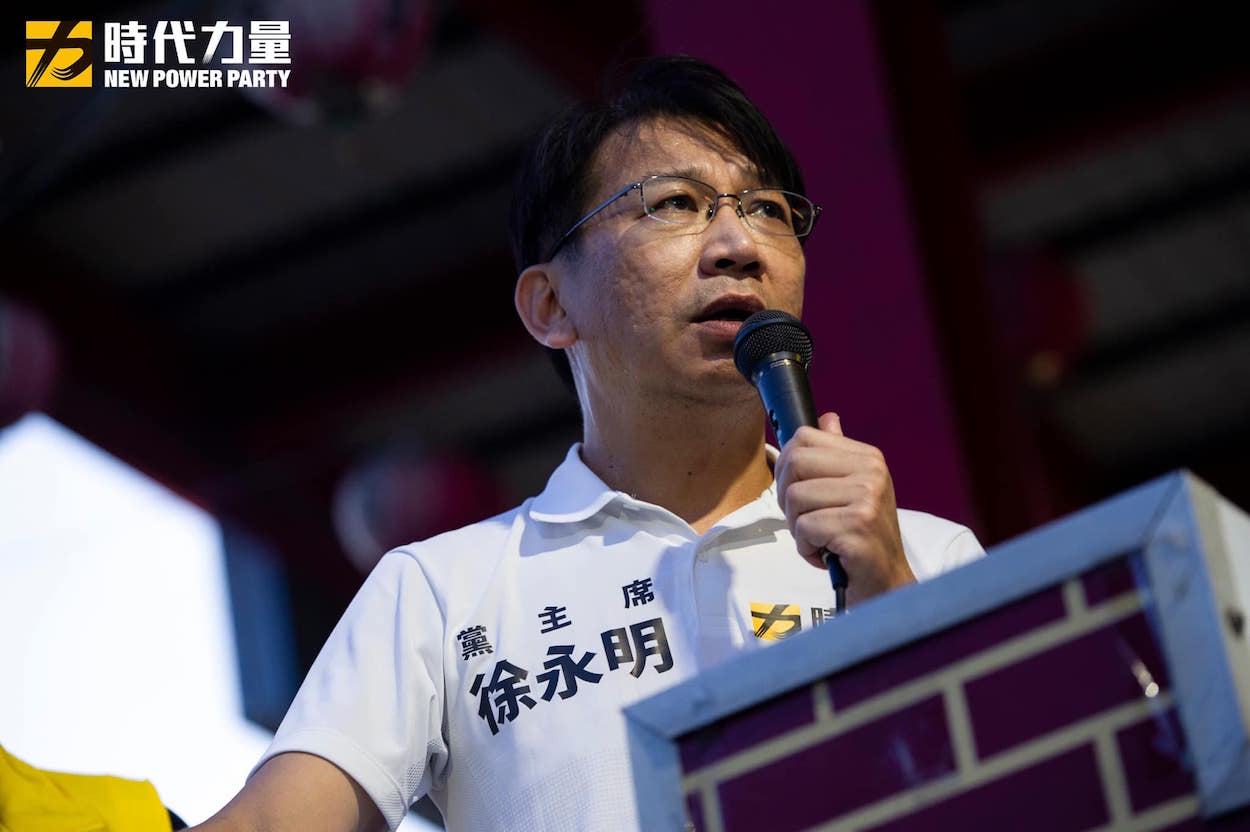 Internal conflicts within the party became highly visible prior to 2020 elections, with tension in the party about whether it should openly endorse Tsai Ing-wen or not. Younger city councilors were among those to push for endorsing Tsai while the party’s leadership, who were primarily legislators in their forties, was not in favor of this. Then-legislator Huang Kuo-chang and his ally, Hsu Yung-ming, were seen as voices strongly opposed to endorsing Tsai.

The party leadership’s refusal to endorse Tsai Ing-wen led to the departures of legislators Freddy Lim and Hung Tzu-yung shortly after Kawlo Iyun’s removal from her position as legislator, reducing the party to two legislators. This also resulted in the resignation of Handy Chiu as party chair, though Chiu did not depart the party. Lim and Hung subsequently struck out as independents allied with the DPP, though only Lim was successful in his 2020 election bid.

In the leadership vacuum after Chiu’s resignation as party chair, Taipei city councilor Sabrina Lim ran for party chair, endorsed by Meredith Huang and others. If Lim had won, this would have signaled that the NPP was turning over a new leaf after its corruption scandals and the deadlock within the party regarding endorsing Tsai by allowing the party’s younger voices to take center stage. However, Hsu was instead voted as party chair by the NPP central committee, resulting in Lim’s eventual departure from the party, as well as the departure of Wu Cheng, another influential voice within the party. Lim currently continues to serve as a city councilor in Taipei as an independent. 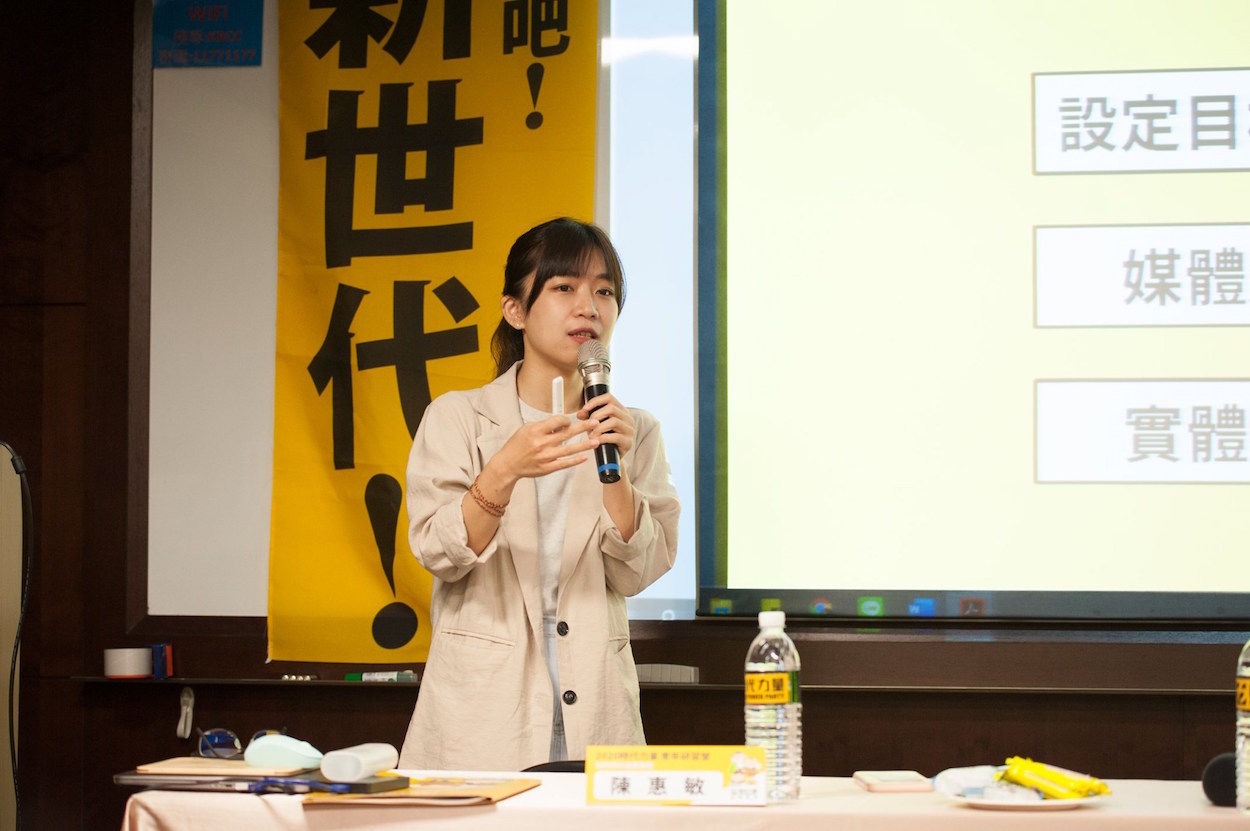 The departure of Meredith Huang and Lin Ying-meng will be a severe blow to the NPP, seeing as its Taipei city councilors are among the NPP’s most prominent politicians outside of its legislators, given the disproportionate focus on Taipei by Taiwanese media.

It is to be questioned as to whether there will be further departures from the party. Leading figures of the party such as Kaohsiung city councilor Lin Yu-kai (林于凱), Changhua county councilor Wu Wei-da (吳韋達), Keelung city councilor Chen Wei-zhong (陳薇仲), Taipei party director Chen Zhi-min (陳志明), and Kaohsiung party director Chen Hui-min (陳惠敏) publicly appeared to support Hsu after court appearance by him on Wednesday. The five were previously members of the NPP’s central committee until their resignation earlier this week. As such, at least three of the NPP’s city councilors still support Hsu.

A major factor will be whether Kaohsiung city councilor Huang Jie (黃捷) decides to stay with the party or not. Huang Jie, along with Meredith Huang and Lin Ying-meng, were among those most critical of the party leadership after the allegations against Hsu emerged, and she is likely the party’s most widely known city council member outside of its Taipei city councilors. Huang Jie has indicated in comments that she does not plan on resigning from the NPP, stating that she still sees worth in the party continuing to exist, even if staying in the party may be more difficult than leaving it.

In comments posted on social media, Meredith Huang criticized the NPP leadership for resorting to mudslinging against her and other younger members, stating that this was another factor for her departure. Lin Ying-meng stated in comments on Facebook that because she had been close to Freddy Lim in the party in the past, she had faced accusations of being a spy for Lim within the party. 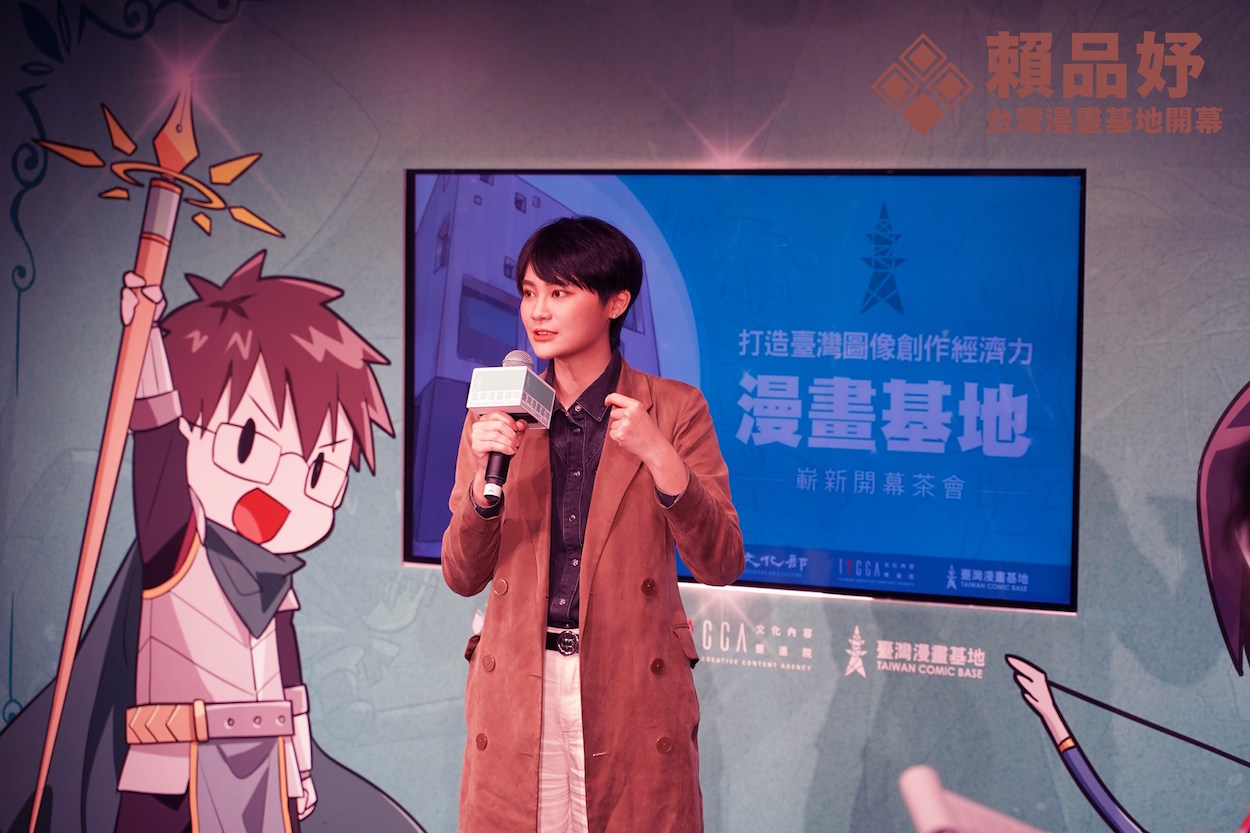 DPP legislator Lai Pin-yu also weighed in on Facebook. Lai, along with Meredith Huang and Wu Cheng had been influential figures during the Sunflower Movement. Lai had previously worked in Freddy Lim’s office during his time in the NPP. After Lim’s departure from the party, she ran as a DPP candidate in Xizhi—Huang Kuo-chang’s district—defeating the NPP candidate, Lai Chia-lun (賴嘉倫), Huang’s former office director, who ran instead of Huang after Huang decided not to seek reelection.

Lai echoed comments by Meredith Huang and Lin Ying-meng, asserting that older leading figures of the Sunflower Movement had engaged in mudslinging against younger participants, stating that the manipulation of young people by such “teachers” went as far back as the Sunflower Movement. Lai was likely referring to Huang Kuo-chang in such comments.

Meredith Huang and Lin Ying-meng departing the NPP could potentially save them politically, in cutting ties with the sinking ship of the NPP, and preventing them from being dragged under by it. Some have questioned whether they will align with Freddy Lim. Lim is close to all of the NPP’s Taipei city councilors, having led the party’s Taipei electoral efforts 2018, and they retained strong ties with Lim after his departure from the NPP.

Public comments by Lim on social media have hinted at the possibility of electoral cooperation between him, Meredith Huang, Lin Ying-meng, Wu Cheng, and Sabrina Lim. Hsiao Hsin-cheng, another of the NPP’s five 2018 Taipei city councilor candidates, assisted Lim during his reelection bid and also still maintains ties with Lim. 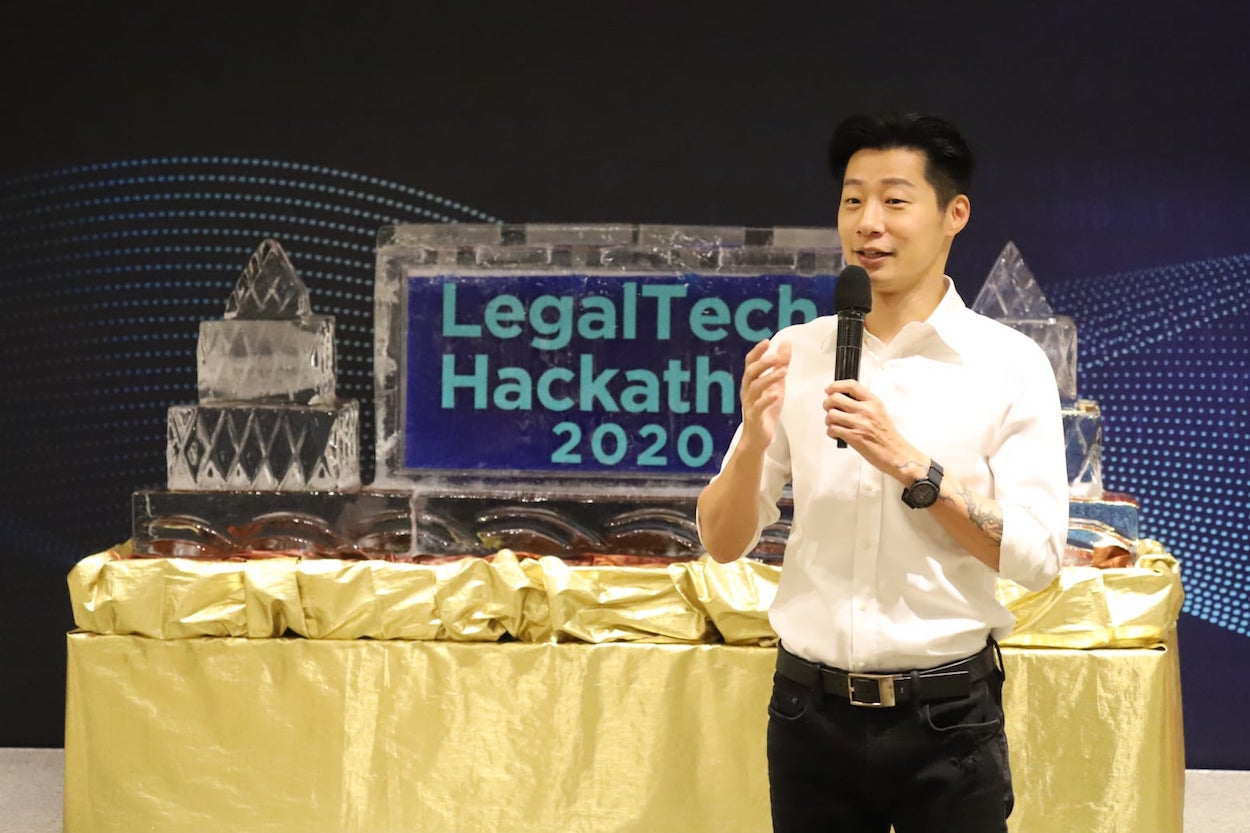 Some have questioned whether the TSP, the other of the post-Sunflower Movement “Third Force” parties that currently has representation in the legislature, will benefit from splits in the NPP. The TSP currently has one legislator in the Legislative Yuan, Chen Po-wei. The TSP could potentially draw in jaded NPP supporters.

However, the TSP has historically struggled in electoral runs, having only ever been able to elect Chen to office, and the party has a weaker organizational basis outside of southern Taiwan. It is somewhat unlikely that the TSP would accept former NPP politicians into its fold, given many years of bad blood between both parties, seeing the TSP adopted a strategy in past years of cooperating with the DPP and was highly critical of the NPP for potentially splitting votes in the pan-Green camp by refusing to endorse Tsai or work with the DPP.

Either way, even if the NPP sees a wave of departures from younger city councilors, one generally does not expect that these younger politicians will disappear from the political scene, seeing as they represent a generational cohort of Taiwanese politicians. If they do not join a new political force formed by Lim, departing the NPP could open the path to their joining the DPP, or serving as independents allied with the DPP. 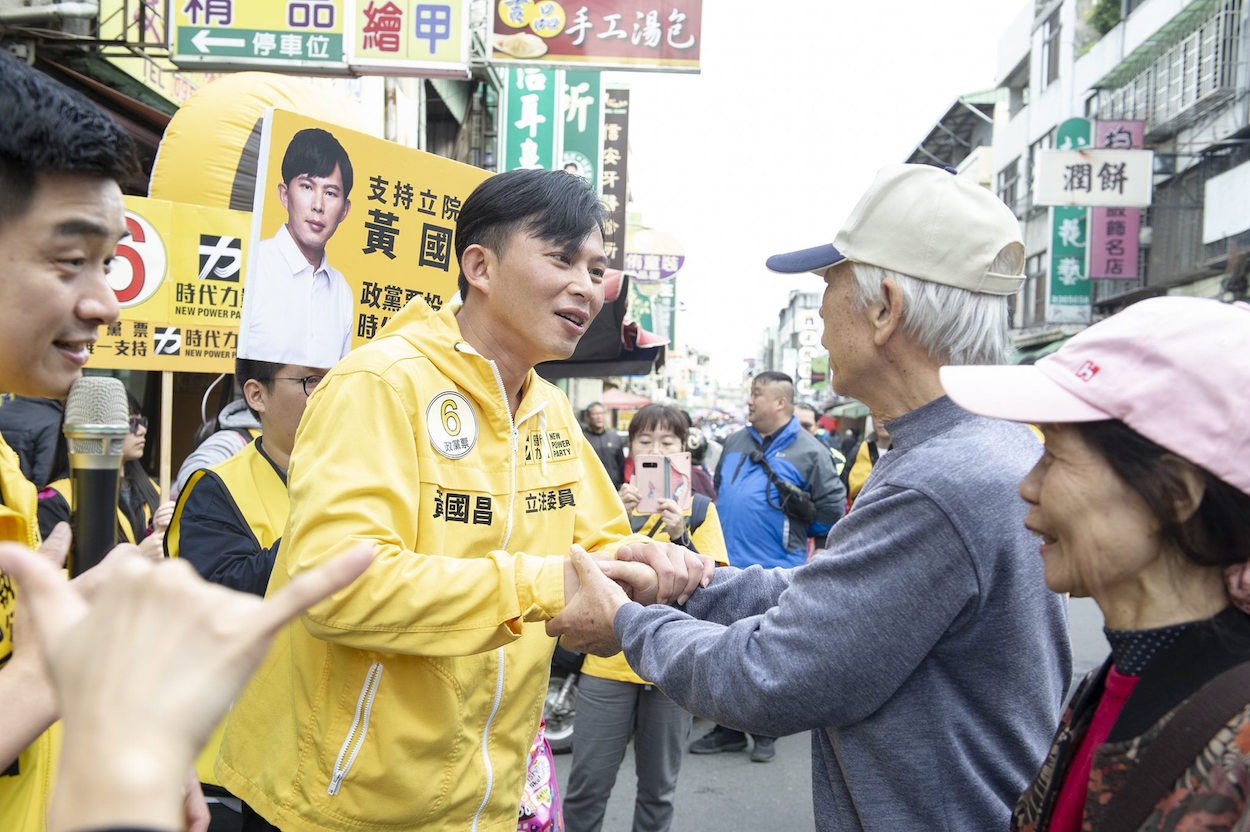 One expects much the same for the older leadership of the NPP. Even if the NPP were to disintegrate, the political careers of such individuals will likely continue as well. For example, though Huang Kuo-chang currently no longer serves as a legislator, he is still part of the NPP. Yet Huang flirted with the possibility of starting his own political party along with livestreaming personality Holger Chen (陳之漢) in the past, or aligning with Taipei mayor Ko Wen-je.

If the NPP were to dissolve, Huang would likely be courted by Ko Wen-je’s TPP, which is known to demographically have a similar support base to NPP voters, and which also claims to be a party beyond pan-Blue and pan-Green distinctions. Although Huang was sharply critical of Ko in the past, something that put him at odds with Freddy Lim within the NPP, he has notably grown friendlier to Ko in past years.

The future of the NPP, then, remains up in the air. It now proves a significant question as to whether the party will survive the coming electoral cycles at all.