AN ONGOING corruption probe into a group of pan-Green and pan-Blue politicians accused of taking bribes in a case related to the ownership of the Pacific SOGO department store chain has the potential to be a major corruption scandal faced by the DPP under the Tsai administration. 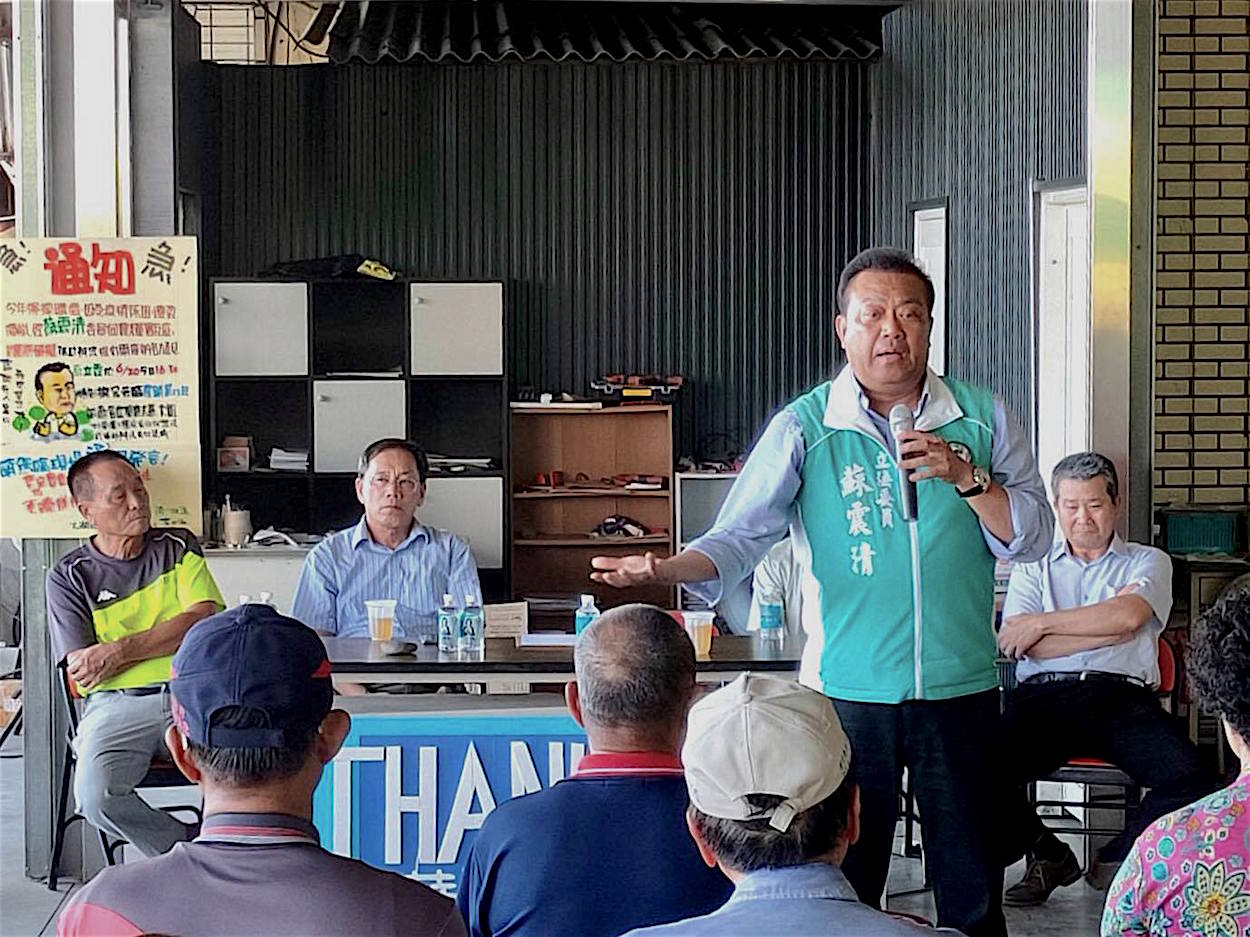 Pacific Distribution Investment Company manages SOGO and Lee is currently locked in a legal battle with Far Eastern Group over ownership of SOGO. The lawmakers were accused of taking bribes from Lee in return for assistance in the ownership struggle over SOGO.

The first major corruption scandal faced by the DPP during the Tsai administration involved cigarette smuggling by members of the National Security Bureau during a trip by Tsai to America and overseas Caribbean allies of Taiwan in July 2019. It was feared at the time that the incident would hurt Tsai’s chances at reelection, seeing as this occurred in the lead-up to 2020 presidential elections. Tsai was accused of having either been blind to a major smuggling incident taking place on an unofficial diplomatic trip to major allies of Taiwan or having willingly allowed for this to happen.

However, this ongoing corruption probe has the potential to be more damaging to the Tsai administration, given links between the case and the upper echelons of the DPP. Su Chen-ching is the nephew of Presidential Office secretary-general and former Legislative Yuan majority speaker Su Jia-chyuan. Although Su claimed in a statement that he had been free of corruption in his thirty years of serving as a politician, Su has already tendered his resignation as Presidential Office secretary-general, stating that he did not wish to trouble Tsai. In comments today, Tsai called on DPP officials to avoid graft and to maintain a clean political record.

In the wake of the scandal, the KMT likely has more ammunition for its claims that the Tsai administration is corrupt. Apart from the cigarette smuggling scandal, the KMT recently sought to prevent former Presidential Office secretary-general Chen Chu—a veteran politician of the Taiwanese democracy movement—from taking up a post as head of the Control Yuan. The KMT claimed that Chen had been corrupt during her twelve years as Kaohsiung mayor from 2006 to 2018, continuing a trend of accusing former democracy movement activists of being politically corrupt. 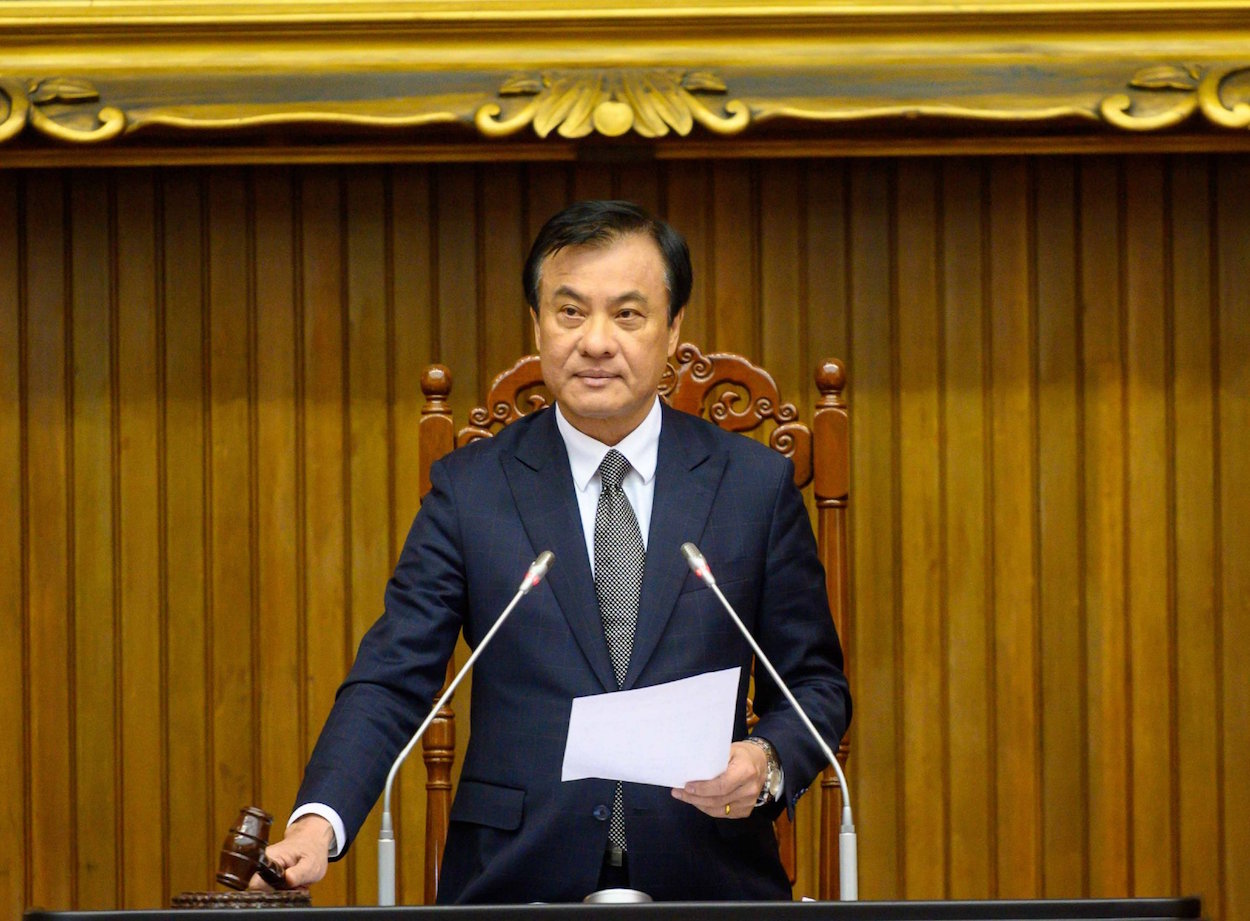 The KMT has also recently sought to attack Su Jia-chyuan and Su Chen-ching by claiming that they had traveled to Indonesia in 2017 without reporting this to the relevant government bodies. The KMT claimed that a diplomatic telegram from Taiwan’s representative office in Indonesia stated that Su Chen-ching had traveled to Indonesia along with high-level officials of Taiwanese state-run enterprises in order to meet with members of the Indonesian government in August 2017, while failing to notify the Ministry of Foreign Affairs (MOFA) or Ministry of Economic Affairs (MOEA) of this. According to the KMT, Su Jia-chyuan then later joined his nephew in traveling to Indonesia in September 2017 to conduct further meetings, while refusing coordination with MOFA or MOEA. Su was then the majority speaker of the Legislative Yuan.

In response to media, MOFA said it had no records of Su Jia-chyuan or Su Chen-ching traveling to Indonesia in 2017, but did not comment on the veracity of the diplomatic telegram. More recent corruption charges against Su Chen-ching will likely add weight to the KMT’s accusations, however.

Indeed, the KMT has faced a number of corruption cases in past months, implicating KMT city councilors, former legislators, and others. But given that the KMT has faced so many cases in past months and news of pan-Blue corruption is, in fact, a regular feature of the news cycle, a major corruption case in the pan-Green camp is likely to see wider coverage. As the ruling party, the DPP is bound receive greater scrutiny regarding corruption scandals. The KMT will ignore that two of its legislators were also implicated in the case.

In particular, the case will be a stumbling block to the NPP, which has suspended Hsu Yung-ming from his position as chair and named current legislator Handy Chiu as its acting chair until the next set of chair elections. Younger politicians within the NPP such as Taipei city councilor Meredith Huang have called on Hsu to explain his actions and for Hsu to be suspended from party positions until an investigation clarifies what took place. 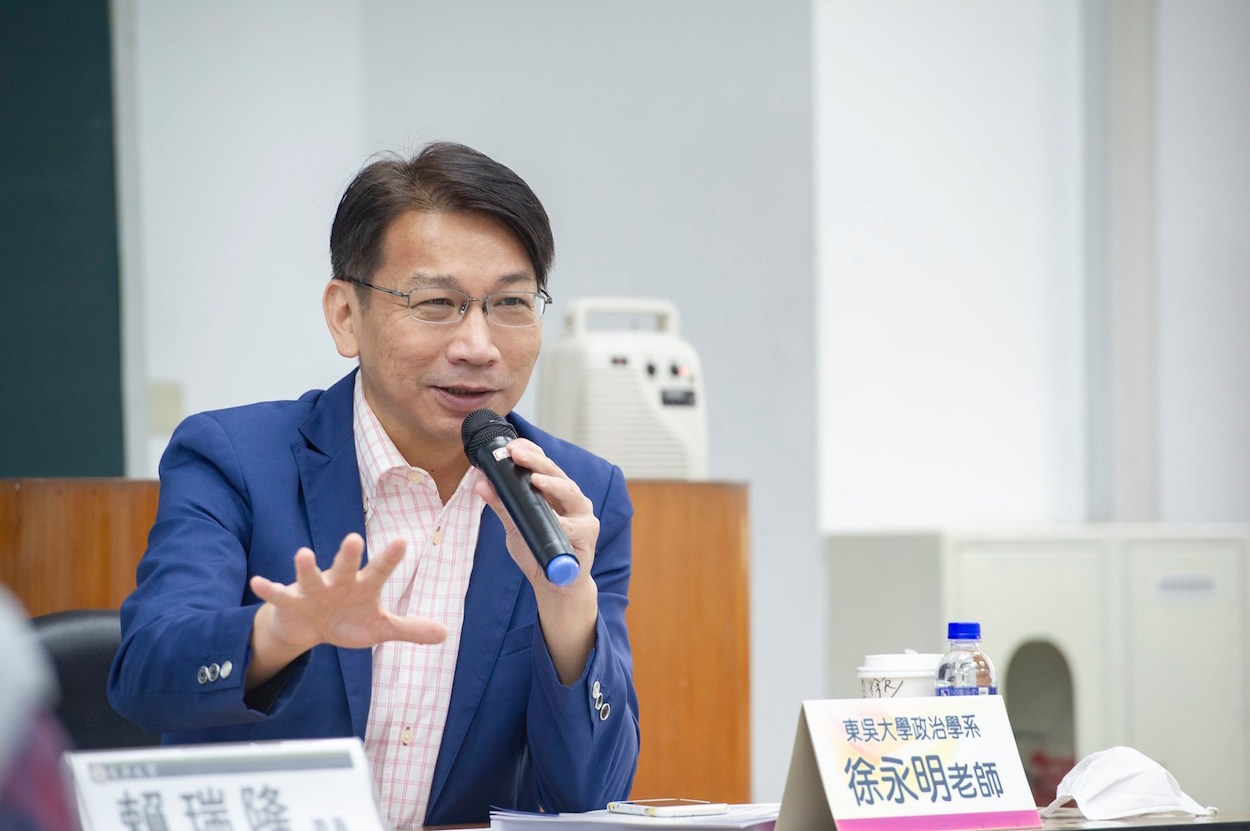 Hsu is a former member of the DPP, having joined the NPP in 2016 after the DPP passed over nominating him as a legislative candidate in Taichung. This may explain his ties with DPP politicians.

The NPP previously already suffered a corruption scandal in late July and early August 2019, with legislator Kawlo Iyun removed from her post after charges of improper usage of public funds. However, the previous incident involving Kawlo Iyun’s removal as legislator was quickly overshadowed by news that NPP legislators Freddy Lim and Hung Tzu-yung would be departing the party over its initial refusal to openly endorse Tsai Ing-wen in 2020 elections. Indeed, Hsu became party chair in August 2019 in the wake of Lim and Hung’s departure, something that led to outrage within the party seeing as the party’s central standing committee passed over younger voices that called for endorsing Tsai in favor of Hsu.

But, as a result, corruption charges against Hsu will damage the NPP’s image as a party free of the traditional taint of corruption in Taiwanese politics, as a youth-led party that emerged from the 2014 Sunflower Movement. Contributing to this perception will also be former NPP party chair and legislator Huang Kuo-chang’s involvement in an ownership struggle over Tatung Company. Tatung is one of Taiwan’s most recognizable appliance brands.

Huang sided with one faction of Tatung stockholders after being named as a candidate for an independent director position on the board, leading to accusations that he was being paid off by Tatung Company board members—what also raised eyebrows was that, despite Huang’s key role in the 2014 Sunflower Movement, the Tatung faction that Huang sided with was seen as more pro-China. Huang later failed to be elected to the board as an independent director, but the case is now under investigation by the Financial Supervisory Commission, seeing as the Tatung faction that Huang was opposed to prevented board members from voting with the claim that they had violated the Act Governing Relations between the People of the Taiwan Area and the Mainland Area because of investments in China. 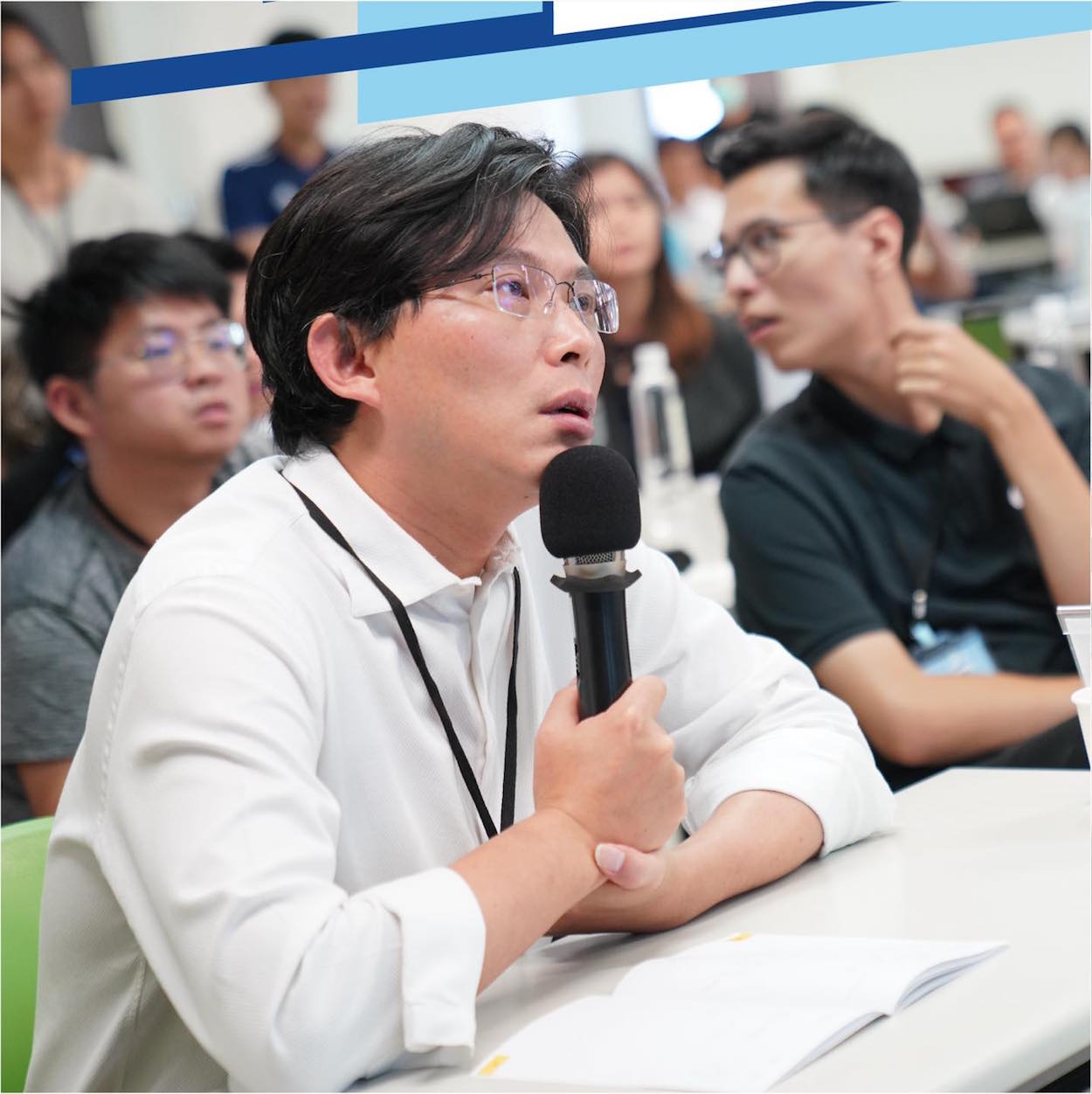 Huang’s actions are notably similar to Hsu’s, in having become involved in an ownership struggle over one of Taiwan’s largest and most well-known companies. Though Huang has condemned corruption in public comments after news of the incident, Hsu and Huang have long been seen as allies within the NPP, with both seen as among the stronger voices within the party opposed to endorsing Tsai Ing-wen in the lead-up to the 2020 presidential elections.

Younger elements of the NPP that previously found themselves in conflict with Hsu and Huang, primarily city councilors, will likely have their position within the party strengthened by the scandal. Although the NPP only has three legislators after the results of 2020 elections, the NPP currently has sixteen city councilors. At the same time, the scandal could prove permanently damaging to the party’s image. This is up in the air.