After Record-Setting Pride Parade, Silence From Media And Politicians

by Brian Hioe and Kevin Hsu

LATE OCTOBER, over 123,000 people took to the streets for Taipei’s annual pride parade, marking the fifteenth anniversary of the event and its largest-ever turnout. In contrast, reactions from leading politicians and media outlets were noticeably muted.

Coverage of Taipei Pride 2017 made the front page only in the English-language Taipei Times. None of Taiwan’s Chinese-language newspapers featured the parade on their front pages, on an otherwise slow news day.

The event has put Taiwan on the map globally, attracting LGBT visitors from Japan, South Korea, Singapore, and the United States, but the vast majority of marchers on Saturday were local Taiwanese, as are most supporters of LGBT rights throughout the year. The strong presence of Taiwanese civil society—organizations, university groups, companies, and political parties—affirms that gay marriage concerns not only expatriates, but is deeply felt by many Taiwanese citizens. 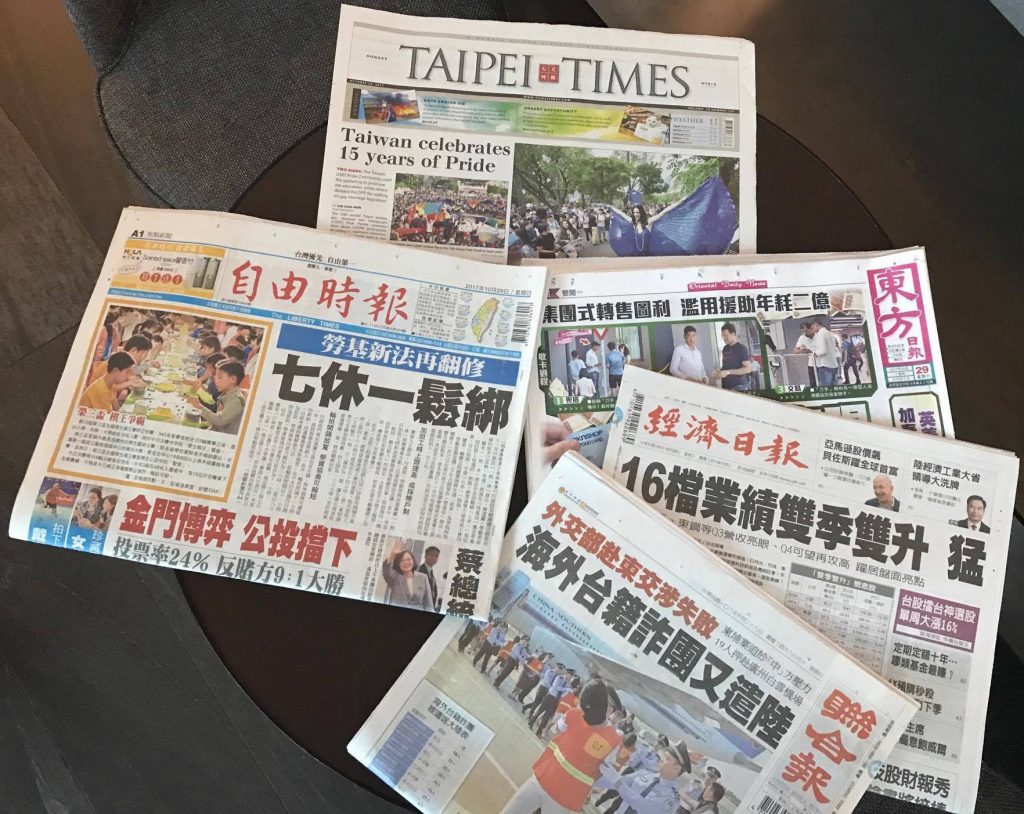 Responses from the nation’s leaders have also been lacking. President Tsai Ing-Wen and the recently-inaugurated premier William Lai only issued brief statements on Facebook on the marriage interpretation. These were a far cry from Tsai’s inspirational and public support of marriage equality during her 2015 campaign.

Both their statements primarily stressed that the relevant government organs would act in accordance with the ruling by the Council of Grand Justices. Lai said that the Executive Yuan would soon put forward its own versions of the gay marriage bill, while Tsai emphasized the need to respect the constitutional system in Taiwan. Legislative Yuan majority speaker Ker Chien-Ming made no public statement on Pride at all; he had previously orchestrated the reversal of the DPP caucus’ support for gay marriage.

For Taiwan, which desperately seeks attention from the international world, the silence on Pride and gay marriage is deeply ironic—especially when international news organizations such as Reuters and AFP carried the story. The Tsai administration also often differentiates Taiwan from China on the basis of Taiwan’s progressive and liberal politics, including gay marriage. During international events when Taiwan is on the world stage, such as the Taipei 2017 Summer Universiade, rainbow iconography is regularly trotted out.

While the government frets over formal diplomatic relations—Tsai happened to embark on a trans-Pacific tour of several island allies the same day as Pride—gay marriage and LGBT rights have proven to be an especially resonant issue for many diplomats in Taiwan. Representatives from 15 representative offices, including Australia, Austria, Belgium, Canada, Denmark, Finland, France, the Netherlands, Spain, Sweden, the United Kingdom, the European Union as a whole, and the United States joined the marchers. 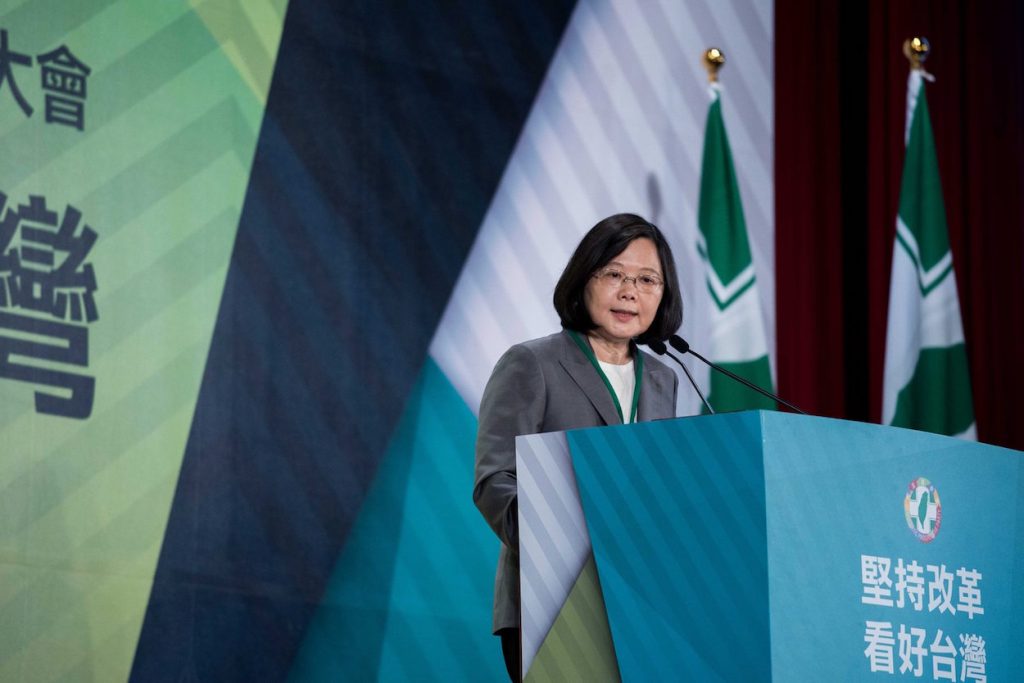 To confront the problem of brain drain, the Taiwanese government has said it hopes to increase tourism to Taiwan, attract foreign talent, and persuade citizens to stay. Marriage equality and respect for the fundamental rights of the LGBTQ community could be important factors in creating a welcoming environment attractive to foreigners. Moreover, as the case of Silicon Valley highlights, diversity and tolerance help create an ecosystem for innovation that makes companies more innovative and competitive.

Taipei Pride draws visitors from across the region, and a more tolerant Taiwan also presents unique opportunities for LGBT tourism, fitting in with government initiatives to wean Taiwan off its economic dependence on China. Thus, the broad silence from media and politicians, and the continued inaction on completing the final steps toward gay marriage, are puzzling.

Despite a mandate from the Council of Grand Justices to act within two years, the DPP-led legislature has not yet revised the Civil Code to enshrine same-sex marriage. Instead of seizing the opportunity to advance Taiwan’s democratic legacy, numerous legislators remain petrified by a minority of constituents—though an admittedly vocal one—who are opposed to gay marriage. The advent of local elections in 2018 also seems to have put the issue into stasis. 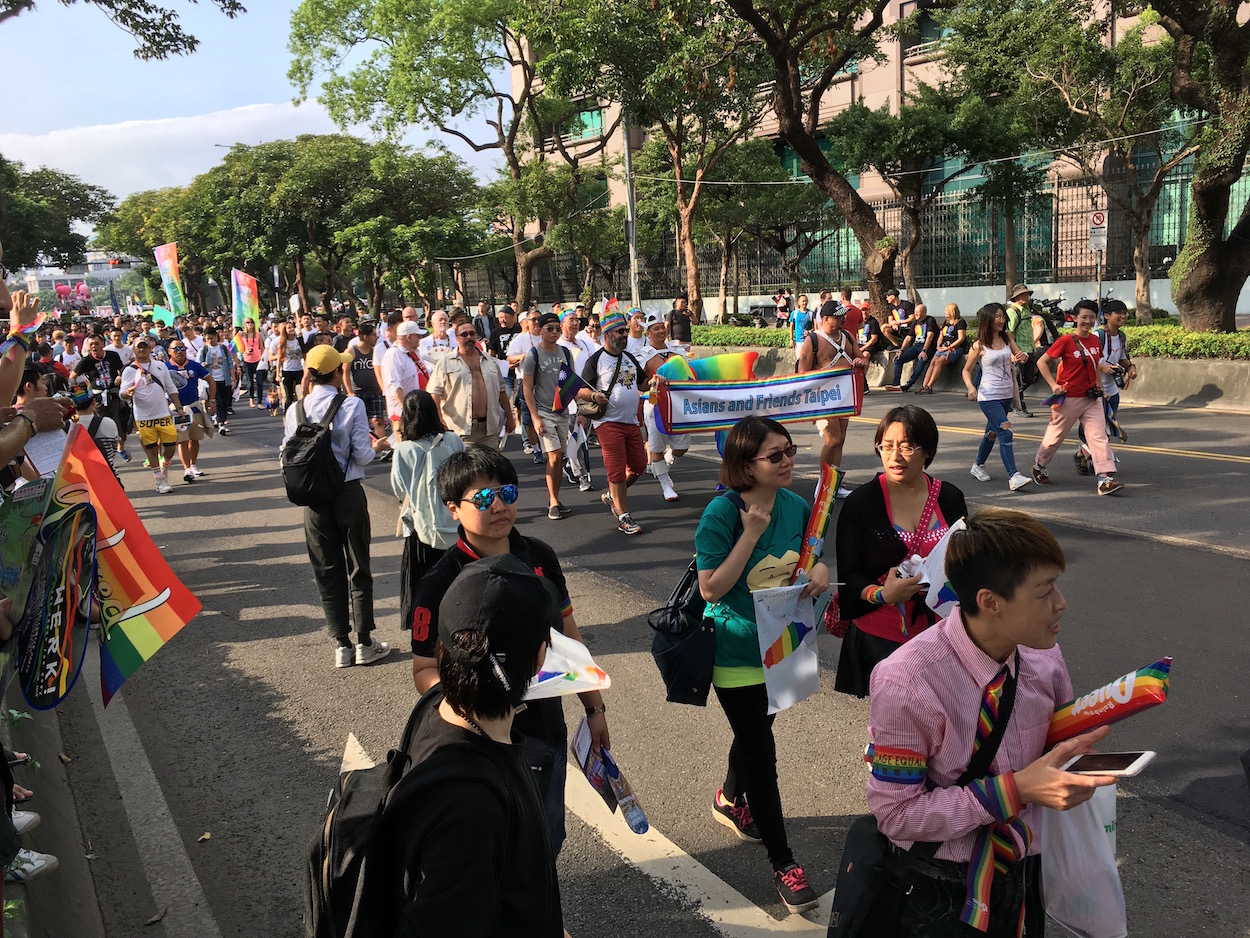 While the Legislative Yuan could claim a constitutional obligation to legalize gay marriage and deflect any fallout onto the judiciary, DPP legislators seem afraid to touch the issue altogether. The pan-Blue camp, aside from individual KMT legislators such as Jason Hsu, appears largely opposed to gay marriage, while progressive legislators such as Huang Kuo-Chang of the New Power Party are currently facing a recall vote over Huang’s consistent support for gay marriage.

Taipei’s Pride event was another bright spot for the LGBT community in Taiwan in 2017, but unfortunately, with silence from most media outlets and politicians, marriage equality still faces an uncertain future.

Brian Hioe was one of the founding editors of New Bloom. He is a freelance writer on social movements and politics, occasional translator, and currently a Democracy and Human Rights Service Fellow at the Taiwan Foundation for Democracy. A New York native and Taiwanese-American, he has an MA in East Asian Languages and Cultures from Columbia University and graduated from New York University with majors in History, East Asian Studies, and English Literature.

Kevin Fan Hsu is Lecturer in Urban Studies and co-founder of the Human Cities Initiative at Stanford University. He crafts innovative educational experiences with a social mission through his studio, Skyship Design.