STUDENT DEMONSTRATORS held a press conference outside of the Ministry of Education today, criticizing the announcement by the ministry yesterday that, while students from foreign countries enrolled in degree programs will be allowed to return to Taiwan, Chinese students will be excluded. 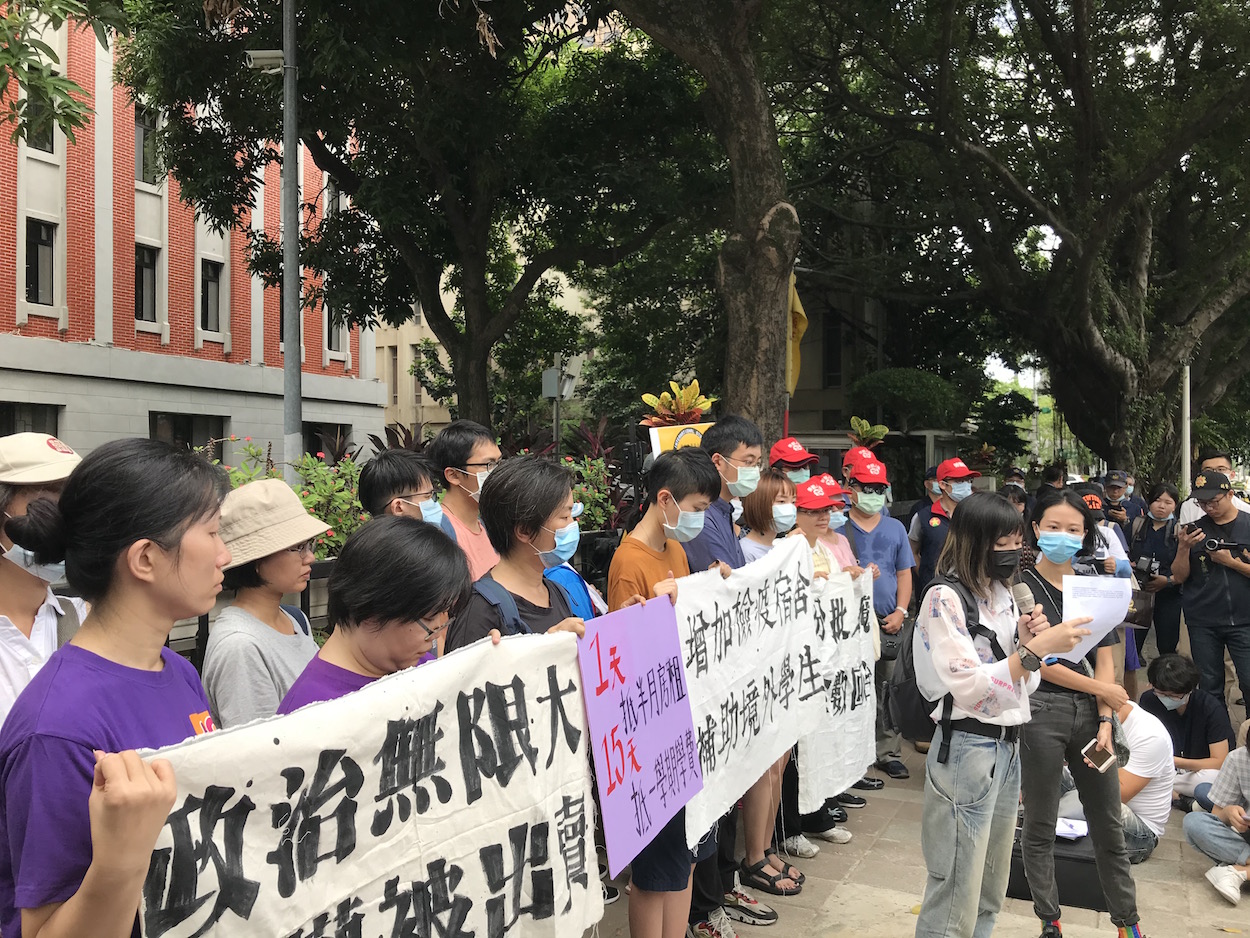 As this sudden about-face in policy was only announced yesterday, some Chinese students had already bought plane tickets and made arrangements to return to Taiwan, only for the government to suddenly change course. It is believed that around 16,000 international students still have not returned to Taiwan, which includes 5,000 Chinese students. 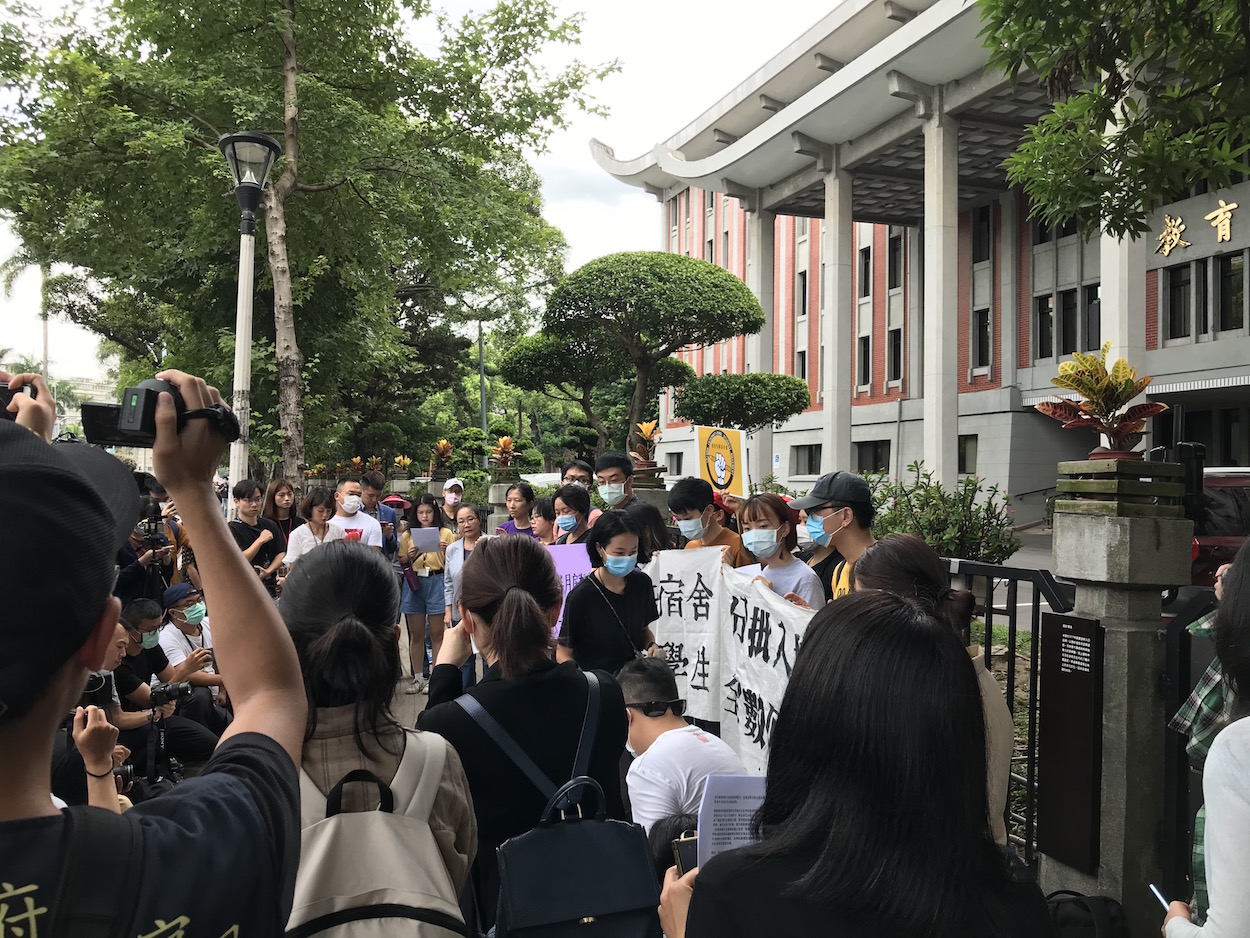 The Ministry of Education claimed that “cross-strait considerations” were the reason that Chinese students were not allowed to return to Taiwan. Nevertheless, the Ministry of Education has not stated what these “cross-strait considerations” are. As raised by speakers at the press conference, while there have been controversies in the past regarding the Chinese government’s displeasure with Taiwanese public universities for containing the word “National” (國立) in their university names, this is an issue that goes back to 2006, and is not likely to be the reason for Chinese students suddenly being prevented from returning to Taiwan.

More generally, international students being allowed to return to Taiwan only took place after months of demonstrations by students calling attention to that Taiwan had sufficient quarantine capacity for students to return to Taiwan if they returned in waves. International student groups such as the Taiwan International Student Movement (境外生權益小組 or TISM), which organized the press conference, gathered relevant statistics in order to demonstrate this, following which some university administrations stated that they supported international students returning to Taiwan in waves. Yet in response to the announcement yesterday, the heads of universities such as Shih Hsin University and Ming Chuan University have so far demurred on the matter in comments.

Members of TISM stated that Chinese students and other international students are being denied the opportunity to stay in Taiwan and interact with their Taiwanese counterparts because of political reasons, and raised that Chinese students in Taiwan have friends, families, personal relationships, pets, jobs, and homes that they have been uprooted from. Two speakers at the press conference who were academics brought up discriminatory policies against international students in America under the Trump administration, as this raises comparisons that reflect poorly on the Tsai administration. It was also raised that Taiwanese have proven discriminatory against Chinese, as in thousands of comments lashing out at a Hong Kong student, LaLa Lau, after she criticized the policy on Facebook.

Students at the press conference also called for more measures to be taken to assist international students that have returned to Taiwan and made to undergo quarantine. Students pointed to that universities should have the facilities to allow for quarantines to take place on campus, but have preferred that students be quarantined on campus. 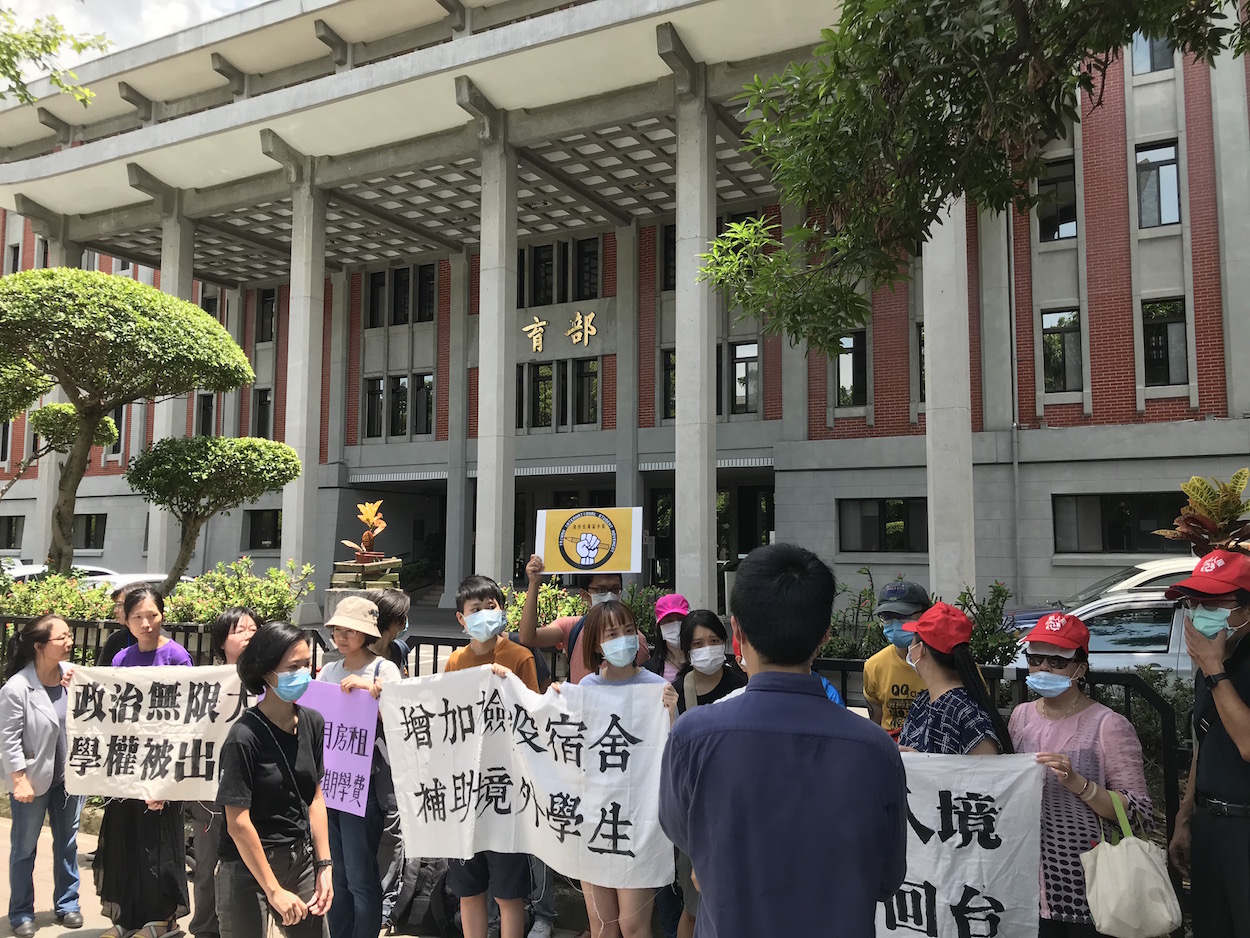 According to data collected by TISM, 70% of students have to pay 2,000 NT per day for quarantine, and 30% of international students have to pay more than 2,000 NT per day. Consequently, one day of quarantine is around half a month’s rent for many students, while fifteen days of quarantine is the same cost as a semester’s tuition. TISM and representatives of the Oppose the Commodification of Education Alliance (反教育商品化聯盟) called on the Ministry of Education and universities to provide measures to assist students, rather than simply exploit students for their tuition money. It was raised by speakers at the press conference that students from Southeast Asia may be disproportionately affected by quarantine costs.

Indeed, in theory, all students should be cleared of COVID-19 after undergoing a fourteen-day quarantine period, regardless of nationality. Likewise, while China may be the origin of the COVID-19 pandemic, China is far from the most dangerous heavily affected country right now, having lower cases than the United States, currently the world leader in COVID-19 cases, with the world’s highest death toll from COVID-19. Even if it is possible that the Chinese government is falsely reporting statistics, the United States adds tens of thousands of new cases daily, but is among those countries whose students will be allowed to return to Taiwan. It proves a clear case of political discrimination against Chinese students by the Tsai administration to refuse to allow them to return to Taiwan.

One notes, too, that the Tsai administration has generally had a poor record regarding Chinese asylum seekers in Taiwan, marooning two asylum seekers for over one hundred days in Taoyuan International Airport in 2018 and 2019, and having been known to persuade Chinese dissidents to return to China, where they subsequently disappeared. The Tsai administration has also failed to take action regarding the ongoing case of twenty-two-year-old Chinese asylum seeker Lee Jia-bao, a Chinese college student studying in Taiwan. 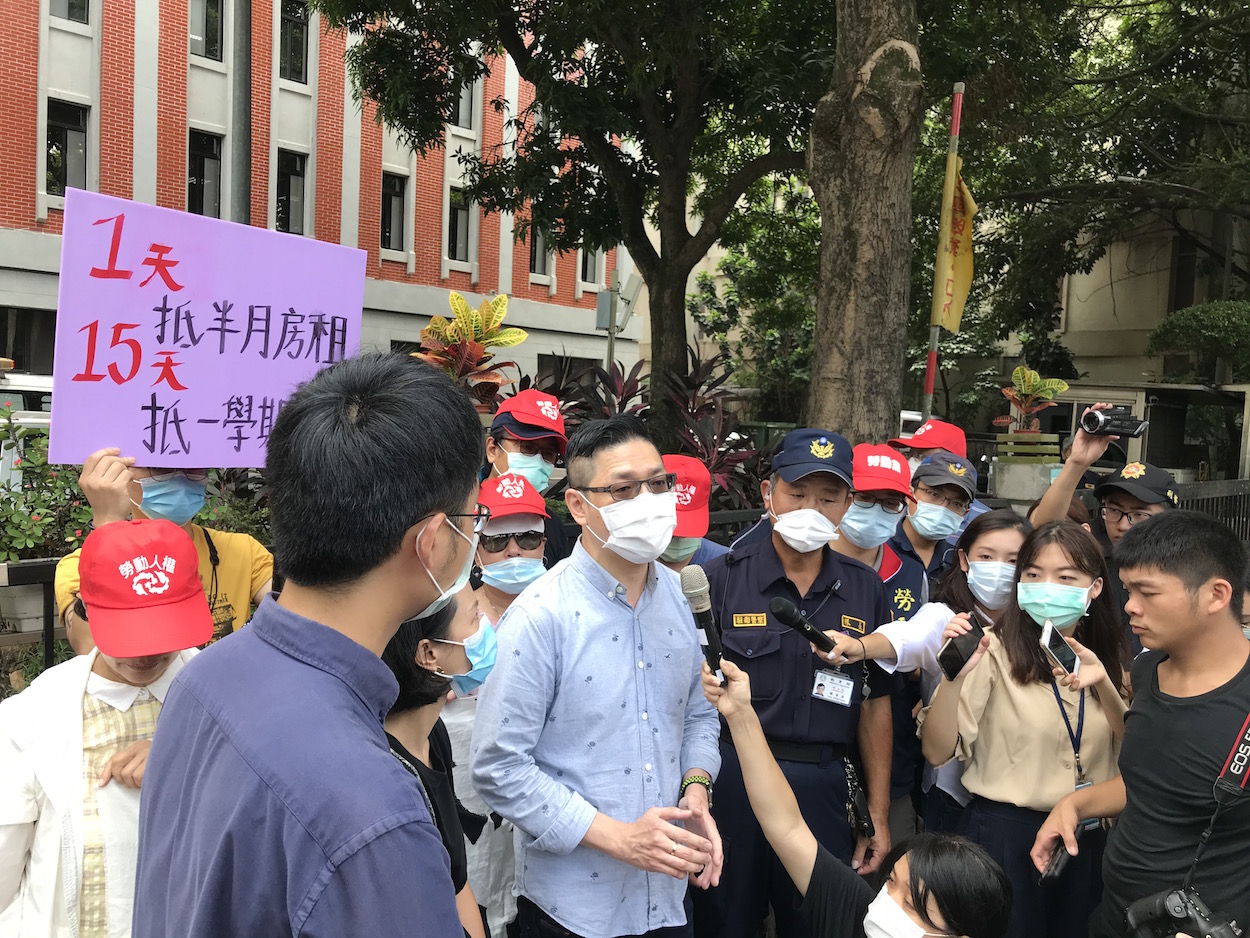 Representative of the Ministry of Education at the press conference. Photo credit: Brian Hioe

It is to be seen if there will be sufficient public pressure to force the Tsai administration to reverse course on the matter. Yet one expects that some Chinese students will be permanently discouraged from returning to Taiwan, seeing as the Taiwanese government could always suddenly reverse course again, and they would not have the guarantee of similar incidents occurring further in their education.