AN UNUSUAL POLITICAL controversy has broken out regarding the Tatung Company, one of Taiwan’s most recognizable brands. Tatung primarily produces electronics and appliances and is sometimes thought of as Taiwan’s most recognizable appliance brand. The controversy is unusual because of the involvement of political figures such as former NPP chair Huang Kuo-chang and Economic Democracy Union convener Lai Chung-chiang (賴中強), both of whom are lawyers that were involved in civil society activism in the years prior to the 2014 Sunflower Movement and who were major figures during the movement.

Raising eyebrows, earlier this week, Tatung moved to block some shareholders from participating in a vote to determine the chair of the company’s board. Immediately before the vote, it was announced that some shareholders would be blocked from voting because they had violated the Act Governing Relations Between the People of the Taiwan Area and the Mainland Area and the Business Mergers and Acquisitions Act. In other words, some shareholders were prevented from participating in the vote because of accusations that they had illicit business connections with China and that they were being backed by Chinese investors. 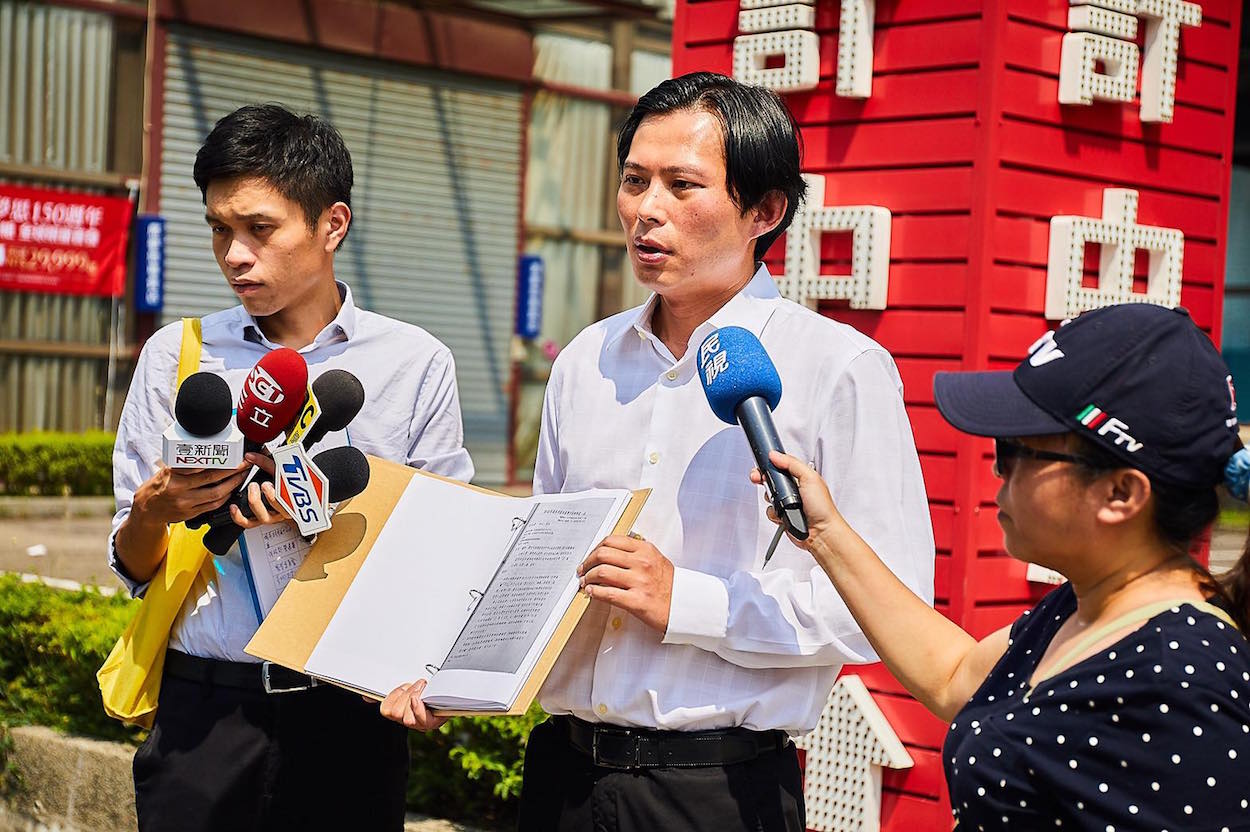 This was the first time in Taiwanese history that shareholders were prevented from voting in a publicly listed company. The result of the vote led to Lin Kuo Wen-yen (林郭文艷) being reelected as chair and the company management’s six preferred director candidates being elected. Three independent directors that the company management had nominated were also successfully elected. In taking these actions to invalidate shareholders’ voting rights, Tatung was represented by Lai Chung-chiang as its lawyer.

A group of shareholders led by Shanyuan Group Chairman Wang Kuang-hsiang (王光祥), a magnate in the construction industry, accuses Tatung’s management of invalidating 53% of the voting shares of the company to ensure Lin Kuo’s reelection. This group of shareholders did not secure any of their preferred nominations for Tatung’s board, one of which was Huang Kuo-chang, who was nominated for an independent director position.

A total of 27 shareholders were prevented from voting, including three firms that are part of the Shanyuan Group, and eight foreign investors. One investor who was prevented from voting, surnamed Cheng, was accused of acting as a proxy for Chinese investors to buy Tatung shares, something that would violate the Act Governing Relations Between the People of the Taiwan Area and the Mainland Area, seeing as sectors of Tatung involving construction and publishing are not allowed to accept Chinese investment. 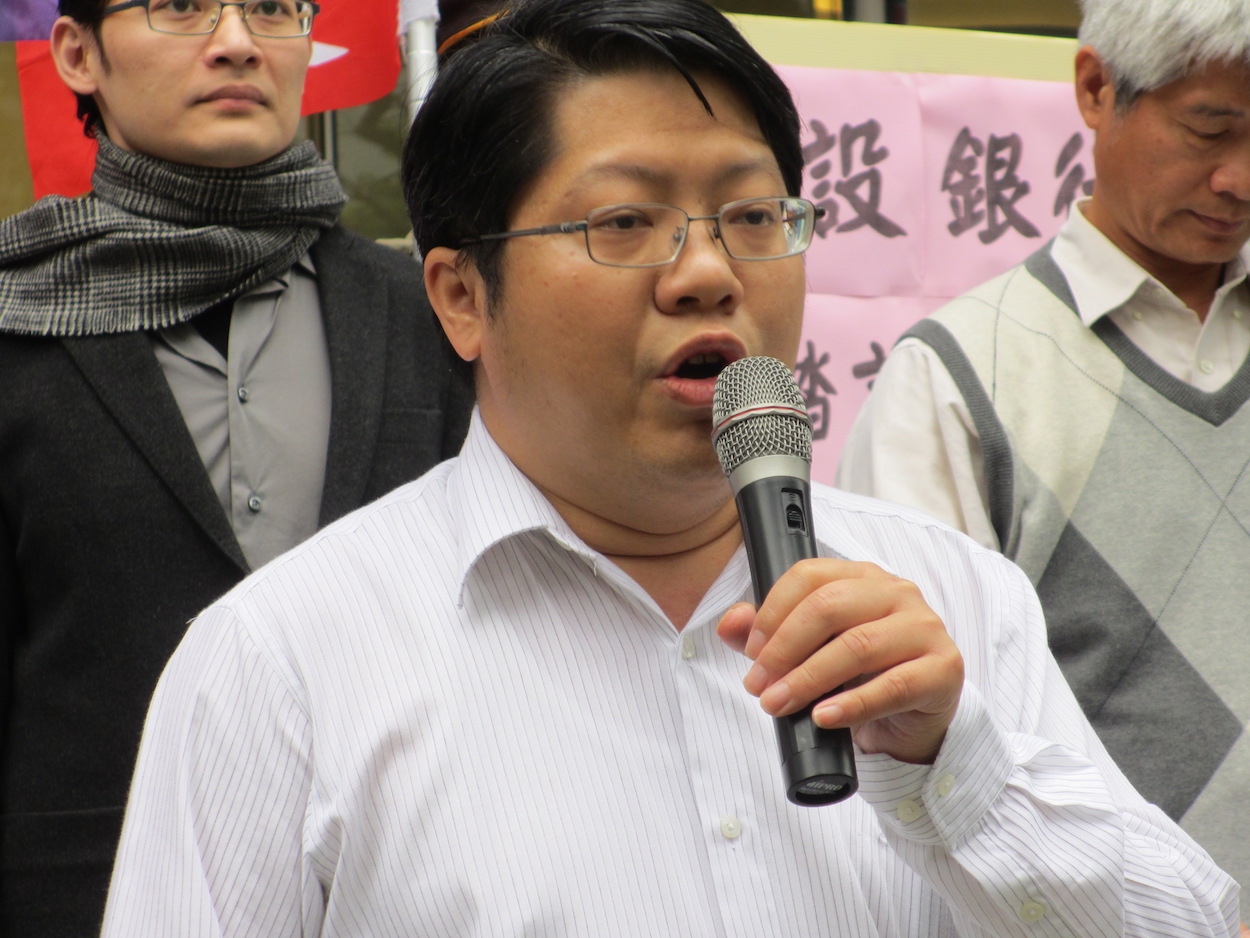 The case is now under investigation by the Securities and Futures Bureau and Ministry of Economic Affairs. It has been noted that if 53% of votes were connected to Chinese investment, a majority of Tatung’s shareholders were implicated in illicit funding from China. The Securities and Futures Investors Protection Center, a group which represents the interests of shareholders, has condemned the voting process. Tatung’s shares plunged after the vote, dropping more than 10%, and, with the company seen as having not given a satisfactory explanation for why it changed its voting process, the company was changed to a full-delivery stock on the Taiwan Stock Exchange.

Tatung has been embroiled in a number of scandals in past years. Previous chair Lin Wei-shan was sentenced to eight years in jail in 2017 for violating the Securities Exchange Act, on the basis of embezzling corporate funds and for aggravated breach of trust, and several of the company’s units were delisted because of poor economic performance last year.

Many found it surprising for former NPP chair and legislator Huang Kuo-chang to take up a nomination to run for independent director of Tatung once he left his legislative post, Huang having decided not to run for reelection in 2020.

Some accused Huang of having politically sold out, in some sense, by taking up a corporate position after the apparent end of his political career. Likewise, the investors led by Wang Kuang-hsiung were seen as having nominated Huang for independent director to mitigate his company faction’s pro-China image.

By contrast, Lai Chung-chiang was representing Tatung as its lawyer. Consequently, some have taken the view that this represents a conflict between Huang and Lai, who worked together in the course of the Sunflower Movement. The Sunflower Movement was in itself a reaction against the Cross-Strait Service Trade Agreement, which would have allowed for Chinese investment in Taiwan’s service sector industry.

It may not be unusual that Lai Chung-chiang was taking a stance against Chinese investment in Taiwanese companies through his actions, but some have been critical of Huang and the NPP for apparently defending investors accused of acting behest of Chinese capital, based on procedural wrongdoing in the voting process. Much remains to be cleared up regarding the controversy, then.