THE DPP HAS still made no moves to establish any formalized process for applying for asylum in Taiwan despite a high-profile visit in the last week to Taiwan by key protest figures from Hong Kong such as Joshua Wong, Lester Shum, and Eddie Chu.

Wong, Shum, and Chu stayed in Taiwan for several days, meeting with DPP government officials and giving public speeches. During the visit, apart from thanking Taiwanese for their material support of the demonstrations in Hong Kong to date, as in contributions of gas masks and safety helmets, the three also asked Taiwanese government officials to make provisions for asylum seekers from Hong Kong.

Wong called on Taiwanese to organize a demonstration before Chinese National Day on October 1st. This is likely with the tactical aim of pressuring the Chinese government by illustrating how Taiwanese are concerned with current events in Hong Kong and how harsh actions against Hong Kong will further push away Taiwan. However, asking Taiwan to pass formalized asylum procedures for Hong Kong asylum seekers seems to have been one of the primary reasons for the visit to Taiwan by the three. 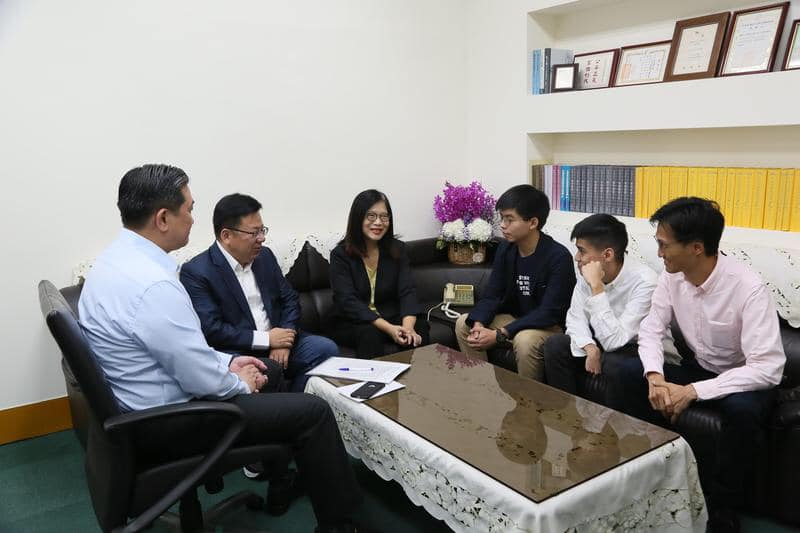 Despite a meeting between Wong and DPP secretary-general Cho Jung-tai, the response of DPP government officials was that individuals seeking asylum in Taiwan will continue to be processed on a case-to-case basis.

Indeed, perhaps pointing to why provisions for asylum need to be made in Taiwan, after returning to Hong Kong, Wong was subsequently detained by the Hong Kong government for violating the terms of his bail agreement, seeing as Wong is currently facing jail time on charges connected to the current demonstrations rocking Hong Kong. Wong is not a leader of the current set of protests, which are primarily leaderless and unstructured. Yet the Hong Kong government may not grasp this fact, believing that by targeting the key leaders of the 2014 Umbrella Movement, which was centered around key leader figures such as Wong, it can put an end to the current set of protests.

Wong’s response was that he believed a mistake had been made by the Hong Kong courts, seeing as Wong had already informed Hong Kong authorities of travel plans to not only Taiwan but also the United States and Germany. It is not impossible that the Hong Kong government deliberately allowed Wong to travel to Taiwan with the full intention of pursuing charges against Wong for doing so once he returned.

One notes that Wong’s travel plans to the United States and Germany involve travel to countries that potentially could make provisions for Hong Kongers seeking asylum, particularly regarding the latter, which already granted asylum to two Hong Kong activists.

Yet claims by Cho, premier Su Tseng-chang, and other so-called experts that using Taiwan’s existing legal provisions are sufficient and, in fact, preferable to passing a formalized asylum application process are not only unconvincing but strike as an attempt to evade the issue. 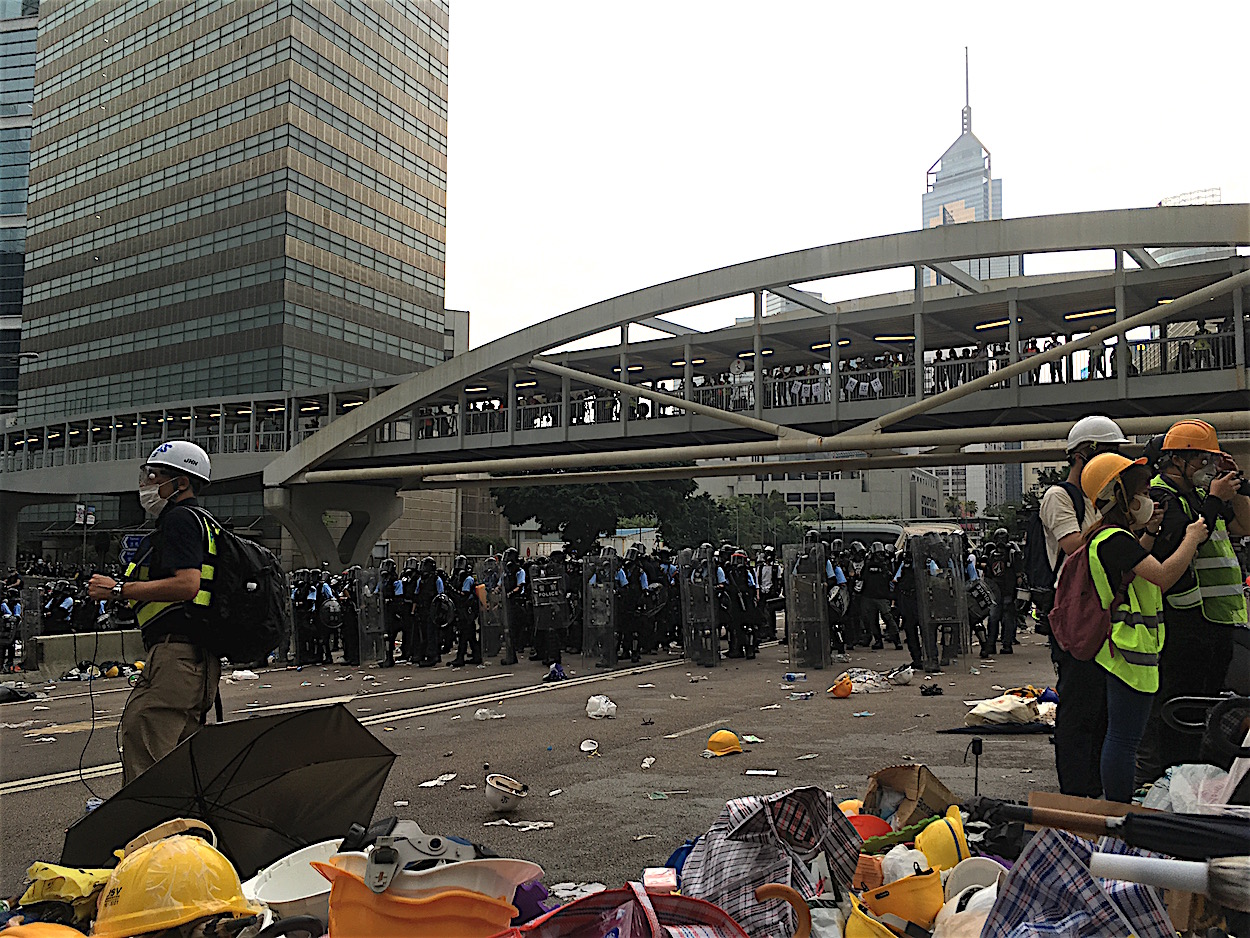 One notes that concerns about Chinese infiltration from allowing Hong Kong refugees into Taiwan, one of the primary reasons cited as to why there should not be changes made to existing laws, seem to neglect the obvious point that it is already relatively easy for Chinese nationals to enter Taiwan as tourists, students, or spouses of Taiwanese citizens. In fact, passing a formalized asylum process would be a better means of evaluating whether asylum seekers are genuine or not rather than conducting asylum evaluations on an entirely ad hoc basis for each individual case.

This has been true of Lee Ming-che, the human rights activist and former DPP party worker who has been imprisoned by China for over two years, as well as in the more recent case of Lee Meng-chu, a Taiwanese activist who disappeared after entering Shenzhen following participating in protests in Hong Kong. The latter case has not been raised in any substantive way by the Tsai administration apart from requesting that China clarify Lee’s whereabouts.

The Tsai administration has attempted to redirect Hong Kongers seeking residency in Taiwan to existing immigration procedures. However, existing visa immigration procedures will likely only allow wealthy Hong Kongers with enough resources to secure residency through entrepreneurship visas to escape to Taiwan, rather than allow young protesters facing up to a decade or more of jail time to escape to Taiwan.

With the rapid arrival of over thirty young Hong Kong activists in Taiwan after major protest actions such as the July 1st occupation of the Hong Kong Legislative Council, some of which since appear to have gone underground, the issue of asylum for Hong Kongers should not actually be discussed in terms of whether formalized asylum procedures should be passed for future Hong Kong activists seeking asylum in Taiwan. 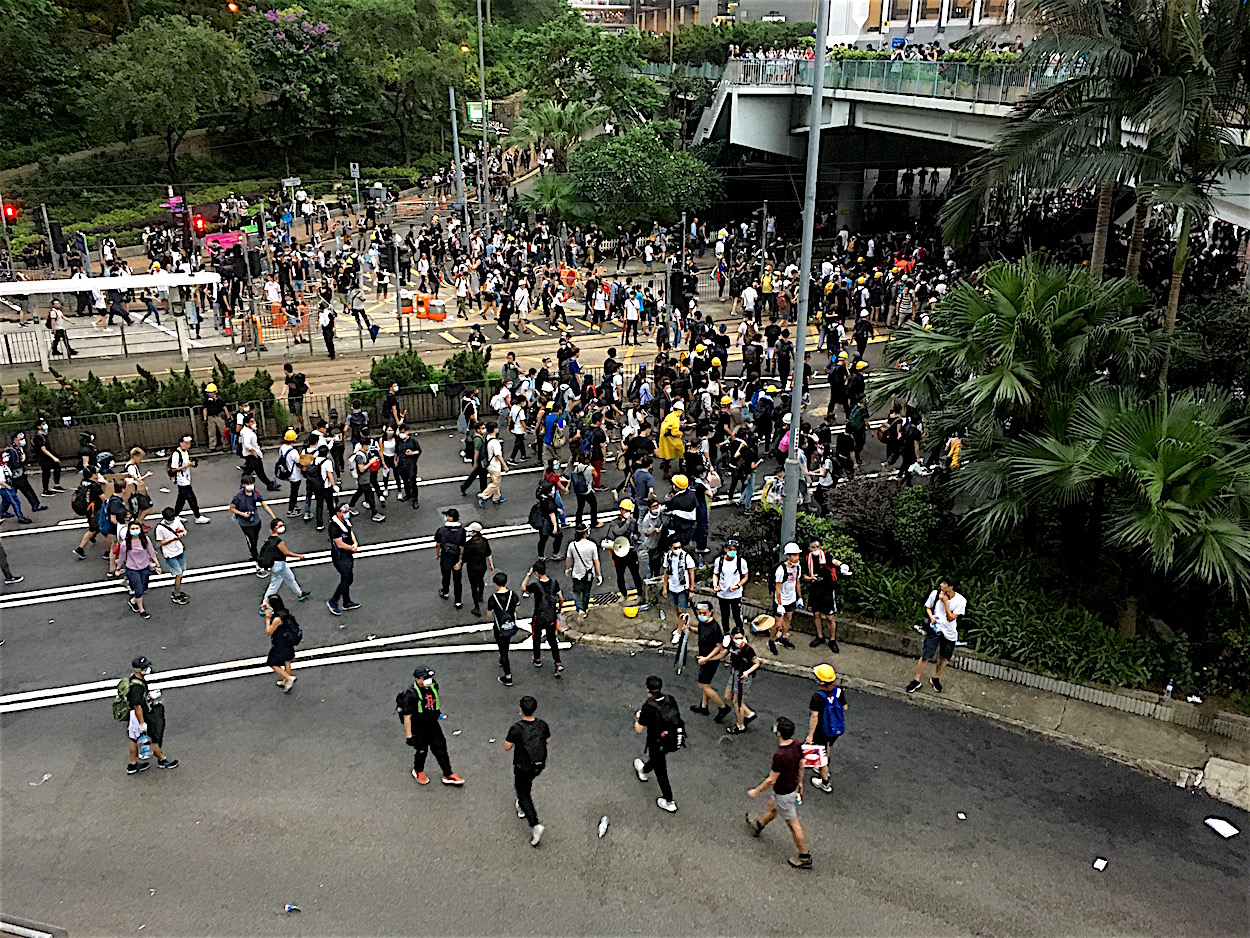 Rather the issue should be discussed in terms of young protesters, who may already be in Taiwan, potentially having arrived with little understanding of visa procedures or awareness of Taiwan’s lack of asylum procedures. Some may not even be eighteen years old, as with many of the demonstrators to date. Would the Taiwanese government seek to subject the international world to the spectacle of deporting such individuals back to Hong Kong to face years in jail?

One notes that key figures of the Sunflower Movement and Umbrella Movement actually knew each other for years before either movement broke out, with exchanges between Hong Kong and Taiwan protest leaders having taken place across the last decade. The DPP recently appointed Sunflower Movement student leader Lin Fei-fan as its deputy secretary-general, Lin having been among those who met with Wong during his visit to Taiwan, and the DPP is running a number of young candidates with close ties to civil society in 2020 presidential elections.

Such individuals in the DPP are not yet at positions high enough where they can determine policy for the party as a whole. But at the same time, given the Tsai administration’s inaction, one wonders if that all these years of claiming solidarity between Taiwan and Hong Kong may have simply been talk, more than anything else.