OUTRAGE HAS BROKEN out in Hong Kong after the sentencing of Edward Leung in Hong Kong to six years in prison for his role in the events known as the “Fishball Revolution”. Leung was sentenced on charges of rioting and inciting violence.

Leung, who is 27 years old, originally faced up to ten years in prison. Alongside Leung, Lo Kin-man was sentenced to seven years in jail and Wong Ka-hui was sentenced to three and a half years in jail. Leung was already facing one year in prison on a previous set of charges and he will need to serve both terms subsequently. As a result, according to activist and reporter Kong Tsung-gan, a total of 25 people have been sentenced to a total of seventy-one years in prison in connection with the Fishball Revolution.

As for Leung himself, Leung appeared calm at the time of his ruling and has released a statement expressing that he is not too sad about his ruling, and urging continued commitment to the pursuit of democracy in Hong Kong. Leung has also asked for members of the public to feel free to write him letters while he is in jail.

In truth, Leung’s sentencing is nothing surprising. China and its proxies in the Hong Kong government have long been seeking to make an example of Hong Kong youth activists. 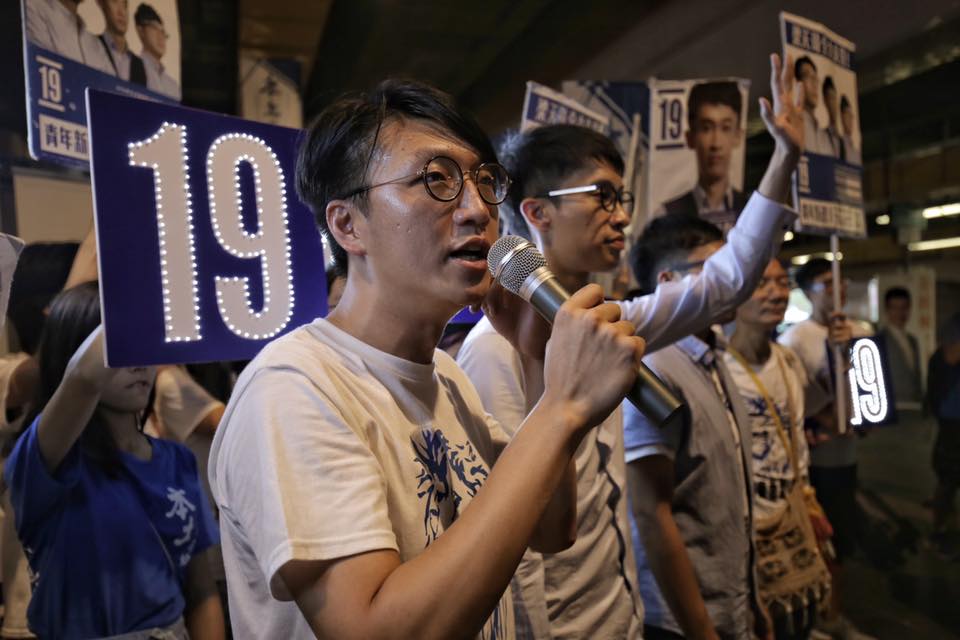 This was originally observed with regards to Joshua Wong, Alex Chow, and Nathan Law, prominent youth leaders of the Umbrella Movement, with the Hong Kong government challenging the original ruling in which Wong and Law were sentenced to community service and Chow made to serve a three week prison stint. A new judicial review made in September 2016 would instead sentence Wong, Chow, and Law to six, seven, and eight months in jail respective, but this was later overturned through a successful appeal at the Court of Final Appeals.

In particular, Leung is the most well respected and considered the most intellectually sophisticated of Hong Kong’s localists, who differ from mainstream Umbrella Movement leaders in urging outright independence from China instead of simply a high degree of autonomy. Localists rose to prominence in the wake of the Fishball Revolution, which broke out in an incident in Mong Kok during the Lunar New Year in February 2016 after police attempted to clear hawkers that traditionally sold their wares during new year celebrations.

Leung and other localists attempted to run for public office in 2016 Legislative Council elections that year (LegCo), Leung announcing his candidacy shortly before the Fishball Revolution broke out. However, Leung would become the first of a series of candidates that the Hong Kong government did not allow to run for office, citing Leung’s advocacy of Hong Kong independence as violating Hong Kong’s Basic Law. 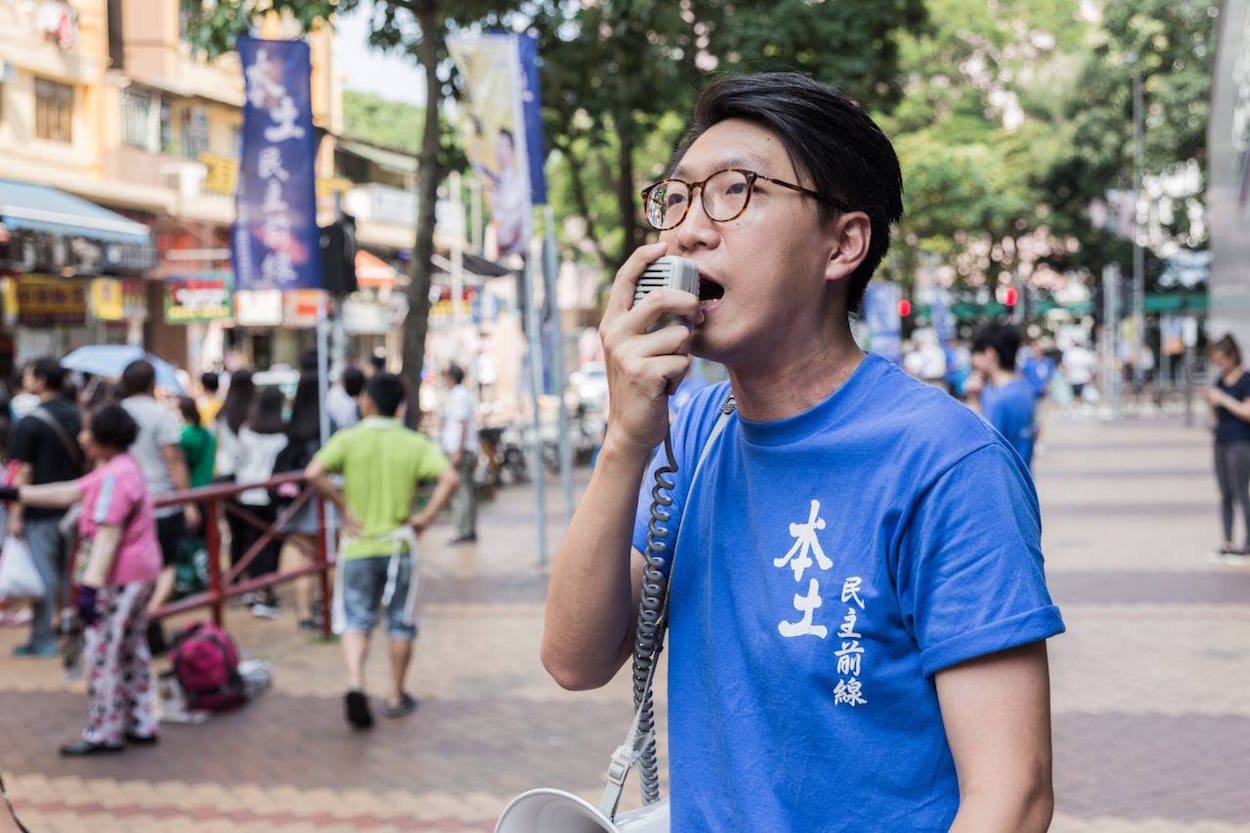 In spite of Leung’s ban, other localist candidates would be successful in winning seats in LegCo before being disqualified as legislators due to protest actions they made during their oath-taking ceremony. Despite the fact that China and the Hong Kong government had taken the drastic step of invalidating the election victories of democratically elected legislators, resulting public debacle was seen as reflecting badly on the localists and ultimately proved damaging to their reputation, which may be why China sees it as permissible to use Leung and other participants of the Fishball Revolution as an example. Namely, it could be that China sees Leung as high profile enough that sentencing him will prove discouraging of future protests in Hong Kong, while also seeing localists as having a disgraced enough reputation that imprisoning Leung will not provoke insurmountable public backlash.

In truth, China’s actions will simply further demonstrate that political freedoms in Hong Kong related to freedoms of political belief, expression, and electoral victories are no more. It is now clear that China will resort to jailing political critics for many years.

On the contrary, China could perhaps break down distinctions between more mainstream activists in favor of a higher degree of autonomy for Hong Kong and more radical, localist activists. After Joshua Wong, Alex Chow, and Nathan Law were condemned to prison, one observed something of a rapprochement between the Umbrella Movement mainstream and localists, seeing as the both sides were brought together in the face of larger threats from China. The same may occur after Edward Leung’s imprisonment, seeing as while mainstream Umbrella Movement activists have had their differences with Leung and other localists in the past, they have rallied in support of Leung after his imprisonment. Leung would seem to gesture towards this in his statement after his sentencing, calling on advocates of democracy in Hong Kong to practice democracy in their own social movement practice, in order to discuss ideas and political differences in a democratic manner. 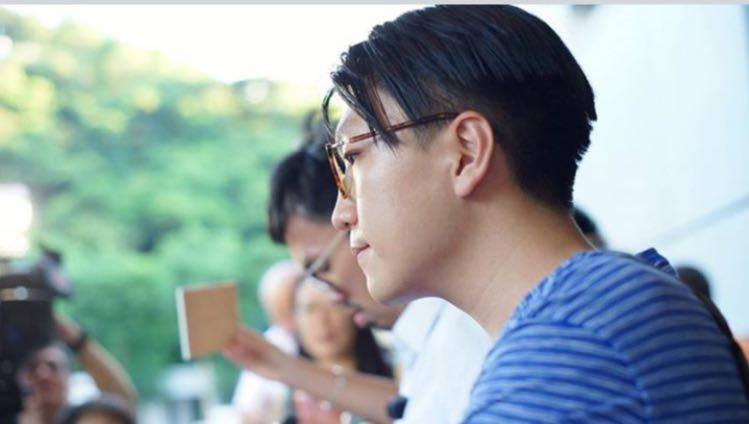 And through imprisoning Edward Leung, China may have once again miscalculated, since Edward Leung will be increasingly be perceived as a political martyr going forward—even by those who may have disagreed with his stances and those of other localists in the past. In this way, with his sentencing to jail, China may have unwittingly increased Leung’s influence. Leung has proven a charismatic figure capable of mobilizing large amounts of people in the past; it is to be remembered that if Leung had been allowed to run in 2016 LegCo elections, it is widely thought that Leung would have won.

But political martyrs only prove influential if they are able to stir others to action. This is what remains to take place in Hong Kong, then.