A NEW TREND can be discerned in recent news coverage of Taiwan by pro-China media and pro-China commentators that act as the unofficial spokespersons of the Chinese state. This would be to claim in some way that the rising tide of pro-independence views in Taiwan and the growing strength of independent Taiwanese identity has reversed itself, pointing to exciting new figures taking the political scene by storm who are staunchly unification.

One observes this tendency in rosy coverage of the former killer of political dissidents, “White Wolf” Chang An-Lo, by Chinese academic Yun Xia in The Diplomat, as well as a glowing profile of Taiwanese 19th National Congress delegate Lu Li-An by Tammy Tam in the South China Morning Post. Both are claimed to be figures who can be role models for Taiwan, Hong Kong, and other countries which China views as separatist from itself. 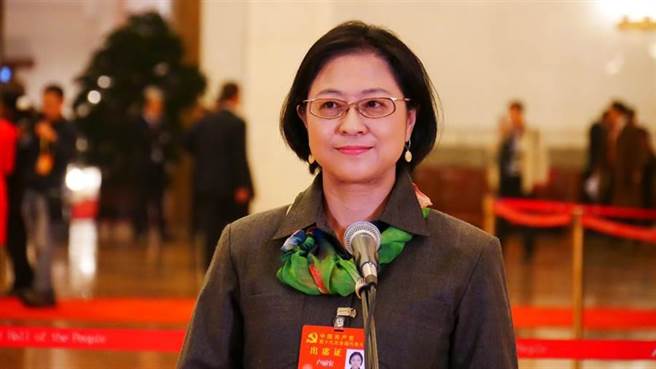 Usually what is passed over in this genre of article is the complete political irrelevance of these figures. Indeed, few serious commentators of any political stripe would claim that “White Wolf” Chang An-Lo is a significant political figure in Taiwan. Apart from the fact that Chang once carried out political assassinations for the KMT, Chang’s reinvention of himself as a staunchly pro-China politician after his return to Taiwan following some decades in exile largely seems to be a way for Chang to maintain a spot for himself in the public spotlight. Chang also seems unlikely to win over any new followers given the large amount of public outrage which has been provoked by his followers’ use of violence against demonstrating pro-independence students.

Other articles in the same vein claim that, for example, Sunflower Movement leaders are now working in China, attempting to claim that this is part of a larger trend affecting Taiwanese society, never mind the clear lack of any ability to substantiate these claims. Sometimes the target audience for these sorts of articles claiming that there is a new trend towards unification is actually Hong Kong and not Taiwan, with the claim that Taiwan provides a useful counter-example for those in Hong Kong that wish to pursue independence.

Indeed, one expects few in Taiwan to actually believe such articles. Those who might believe such articles live outside of Taiwan. In this way, China hopes to discourage those who see Taiwan’s de facto independence as an example to be aspired towards, as in Hong Kong. Moreover, China wishes to spread the perception among the international world that current trends leaning towards independence have reversed themselves, in the hopes that this will discourage members of the international community from supporting Taiwan.

As in the example of Yun Xia’s article on Chang An-Lo, there are no shortage of nationalistic academics willing to voice the propaganda of the Chinese government as fact, lending their academic credibility to China’s national interests. With The Diplomat, likely the publication attempting to adhere to some liberal sense of publishing pluralistic viewpoints was what allowed for the publication of Yun’s piece on Chang, or it may have been that The Diplomat was taken in by Yun’s academic credentials. And seeing as China has the economic resources to acquire media outlets that were formerly highly esteemed, such as the South China Morning Post, China can coast off of the former prestige of such outlets in order to pass off propaganda as fact. As such, China’s propaganda strategy will be one difficult to counter.