AN UNUSUAL AMOUNT of conflict has broken out in the course of Dajia Mazu Pilgrimage this year. The Dajia Mazu Pilgrimage is viewed as Taiwan’s largest religious pilgrimage, drawing tens of thousands annually. In the course of the pilgrimage, a palanquin containing a statue of the sea goddess Mazu, who is popularly worshiped in Taiwan and Fujian, travels from the Jenn Lann Temple in Dajia, Taichung to the Fengtian Temple in Xingang, Chiayi.

However, political concerns are often salient with regard to the pilgrimage. For example, the Dajia Mazu Pilgrimage is often seen as slanting toward the pan-Blue camp and has strong associations with pan-Blue organized crime. The current head of the Jenn Lann Temple is former KMT legislator Yen Ching-piao, widely known as a gangster. Yen’s son Yen Kuan-heng was recently the KMT’s candidate in the by-election to fill the seat formerly occupied by Taiwan Statebuilding Party legislator Chen Po-wei after his election recall, though Yen was defeated by the DPP candidate, Lin Ching-yi. The Yen family can be seen as an example of the intersection of organized crime, electoral politics, and religion in Taiwan.

Although past years have seen smaller events, due to fears that the event could lead to the spread of COVID-19, the Dajia Mazu Pilgrimage is a massive event, attracting worshippers, elaborate parade trucks, and even corporate sponsors. The Dajia Mazu pilgrimage was allowed to proceed this year despite the recent uptick in cases, although like other religious events, COVID-19 measures were required.

By contrast, the Baishatun Mazu Pilgrimage, which is Taiwan’s longest religious pilgrimage and travels from the Gongtian Temple at Baishatun, Tongxiao, in Miaoli, to the Chaotian Temple in Begang, Yunlin, is perceived as more associated with the pan-Green camp. As such, the Baishatun Mazu Pilgrimage routinely sees visits from high-profile pan-Green politicians such as President Tsai Ing-wen, Premier Su Tseng-chang, and Vice President William Lai.

The most noteworthy incident to take place during the Dajia Mazu Pilgrimage this year involves “White Wolf” Chang An-le. A former gangster once seen as the leader of Taiwan’s Bamboo Union gang, Chang was responsible for political assassinations for the KMT during the authoritarian era, most notably in the murder of Taiwanese American journalist Henry Liu in California in October 1984. That the murder took place on American soil and involved the killing of a citizen later to the FBI to become involved.

Since returning to Taiwan after time imprisoned abroad and in exile in China, Chang has since reinvented himself as a pro-unification politician. However, as the head of the Chinese Unification Promotion Party, Chang is still seen as responsible for acts of violence that have taken place against pro-independence activists.

As it is believed to be auspicious for the Mazu palanquin to pass over worshippers, organized crime groups sometimes fight for this to take place, particularly around a street overpass in Changhua. Though the palanquin is usually guarded by significant numbers of riot police, Chang has sometimes stormed the palanquin with followers at times.

This year, due to COVID-19 measures, the perimeter of the palanquin required a vaccine pass to enter near. In a bizarre incident, Chang claimed to police that he had been granted permission by the temple for the palanquin to pass over him, but was denied entrance. This was not due to Chang being unvaccinated with the required three doses of vaccinations, but only having the “Yellow Card” issued by central health authorities, rather than the event-specific vaccine pass issued by temple authorities. 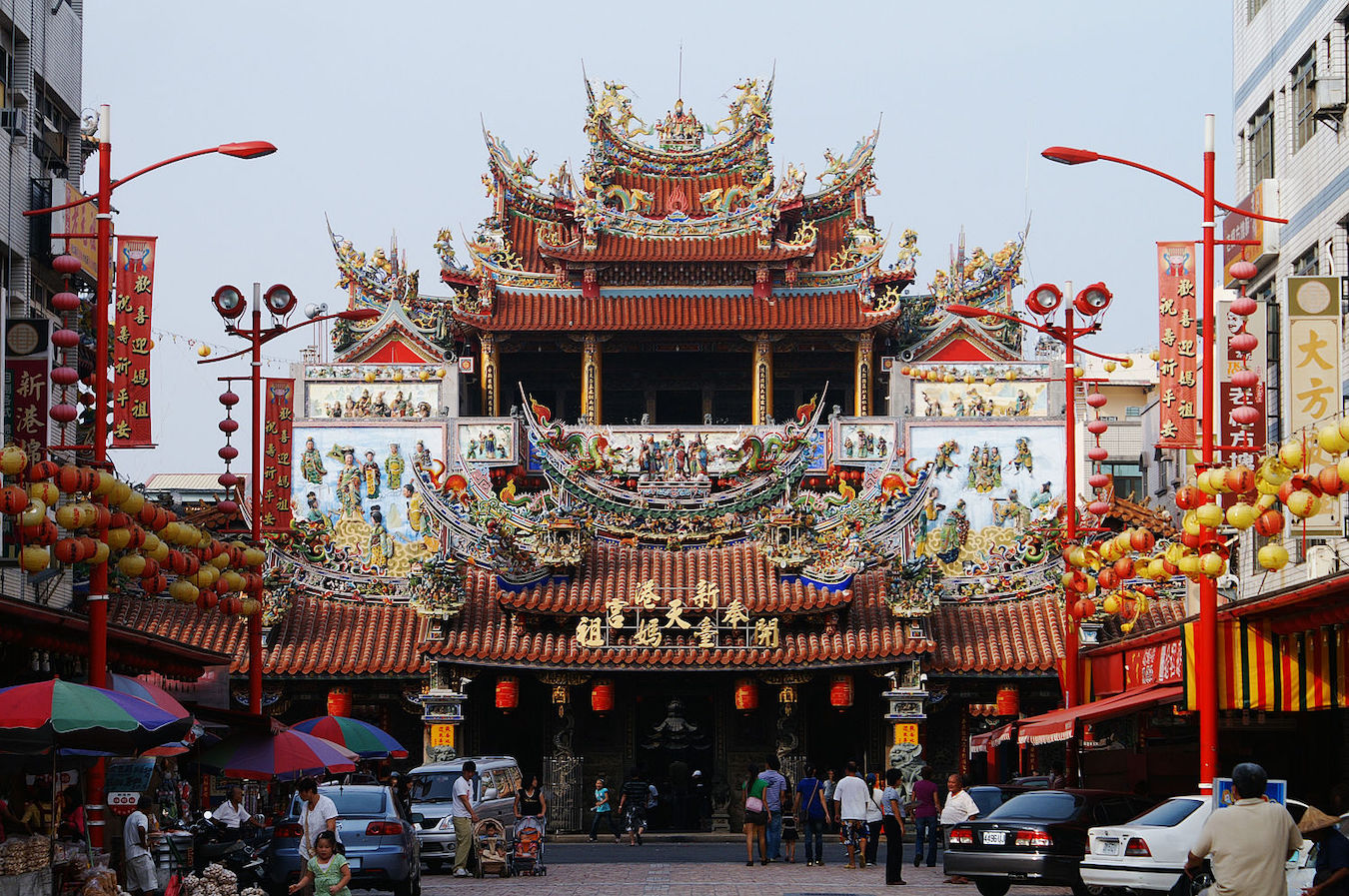 Subsequently, Chang was involved in a confrontation with the police. The ensuing scuffle injured three police officers. After the confrontation, Chang’s adopted daughter and her husband were arrested, and only released on 200,000 NT and 150,000 NT bail. Actress Bella Chang later also came under scrutiny for defending Chang on social media.

In another unusual incident, one of the temple troupes that traditionally carries a metallic “Centipede Troop” dragon as part of the pilgrimage also went on strike for 5.5 hours, due to the heavy manpower needed to carry it. Such strikes have become increasingly common in past years, seeing as the dragon requires 228 individuals to carry, with children sitting on the dragon. Apart from that sometimes there is insufficient manpower to carry the dragon, and the salaries of troop members have been cut by 5,000 NT for the current pilgrimage. The temple troupe, the Xuejiajiang, is one of the few remaining troupes in Taiwan to maintain the “Centipede Troop” tradition.