Retaliation Against Efforts To Investigate Chinese Spying In Taiwan?

CHINESE SPYING efforts in Taiwan have been under closer scrutiny in past months. This can be observed in several incidents. This includes an official investigation into Wang Ping-chung and several other young spokespersons of the New Party for efforts to establish a Chinese spying ring in Taiwan in collaboration with Chinese exchange student Zhou Hongxu, and what is highly likely to be the Chinese financing of “White Wolf” Chang An-Lo Chinese Unification Promotion Party (CUPP), though Chang denies this. 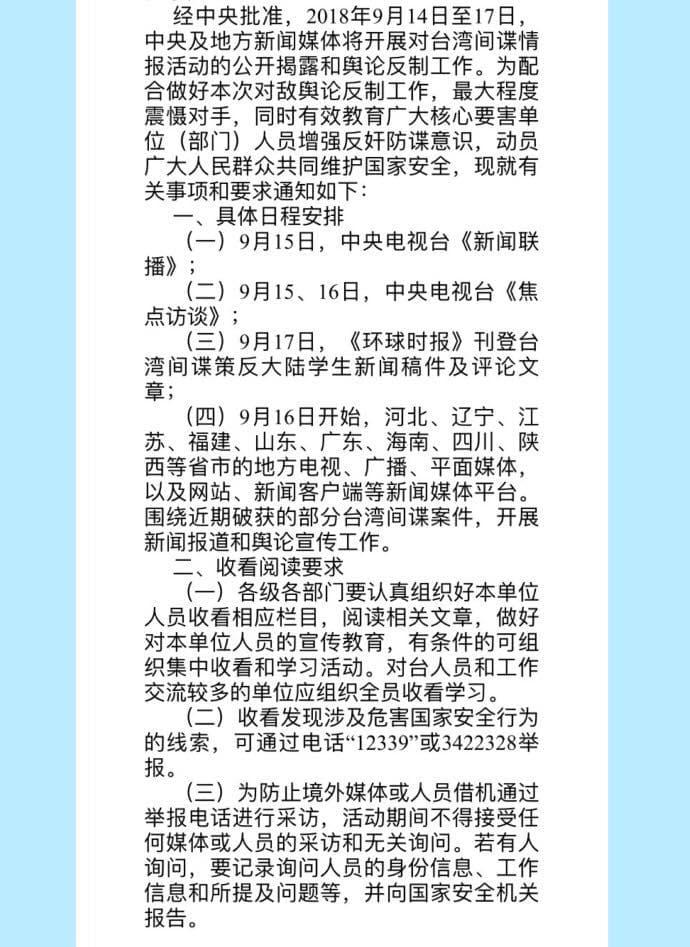 An Al-Jazeera documentary on Chinese influence in Taiwan would also be released in the past month, becoming a hotly discussed topic as a front-page article in some newspapers. The documentary would reveal the pro-unification Chinese Concentric Patriotic Association (CCPA) has ties within the Taipei city police, claims to be compiling a list of supporters of Taiwanese independence living in China, and is politically monitoring Chinese students studying in Taiwan in order to make sure that they do not step out of line. In the wave of backlash against the CCPA after the release of the documentary, this would lead the CUPP to announce that it would subsequently be distancing itself from the CCPA, despite that the two groups were previously allied, with frequent interchanges between members.

However, it proves highly ironic that the Chinese government has taken steps to respond to actions by Taiwan in the past week by accusing Taiwan of engaging in spying efforts in China. This has been a coordinated effort from state-run media, as observed in leaked media directives from China’s central propaganda department outlining that state-run media would between September 14th and 17th conduct a series of reports about what was claimed to be Taiwanese spying efforts in China. This was to take the form of television reports on the CCTV programs Xinwen Lianbo on September 15th and on Focus Report (焦點訪談) on September 15th and 16th, and news reports in the Global Times on September 17th, as well as reports from prefectural governments including Fujian, Guangdong, Sichuan, Liaoning, Jiangsu, Shandong, Hebei, and others.

Subsequent television reports would cite, among other things, claims that over one hundred Taiwanese spy cases had been caught in China, claims that both male and female Taiwanese spies had engaged in efforts to seduce Chinese students studying in Taiwan with knowledge of sensitive fields related to defense or technology. This also included claims that Taiwanese spies were cultivating young Chinese students studying in Taiwan in the hopes that they would eventually end up high-placed positions in China in order to manipulate them. As such, such reports would urge caution regarding Taiwanese efforts in China. 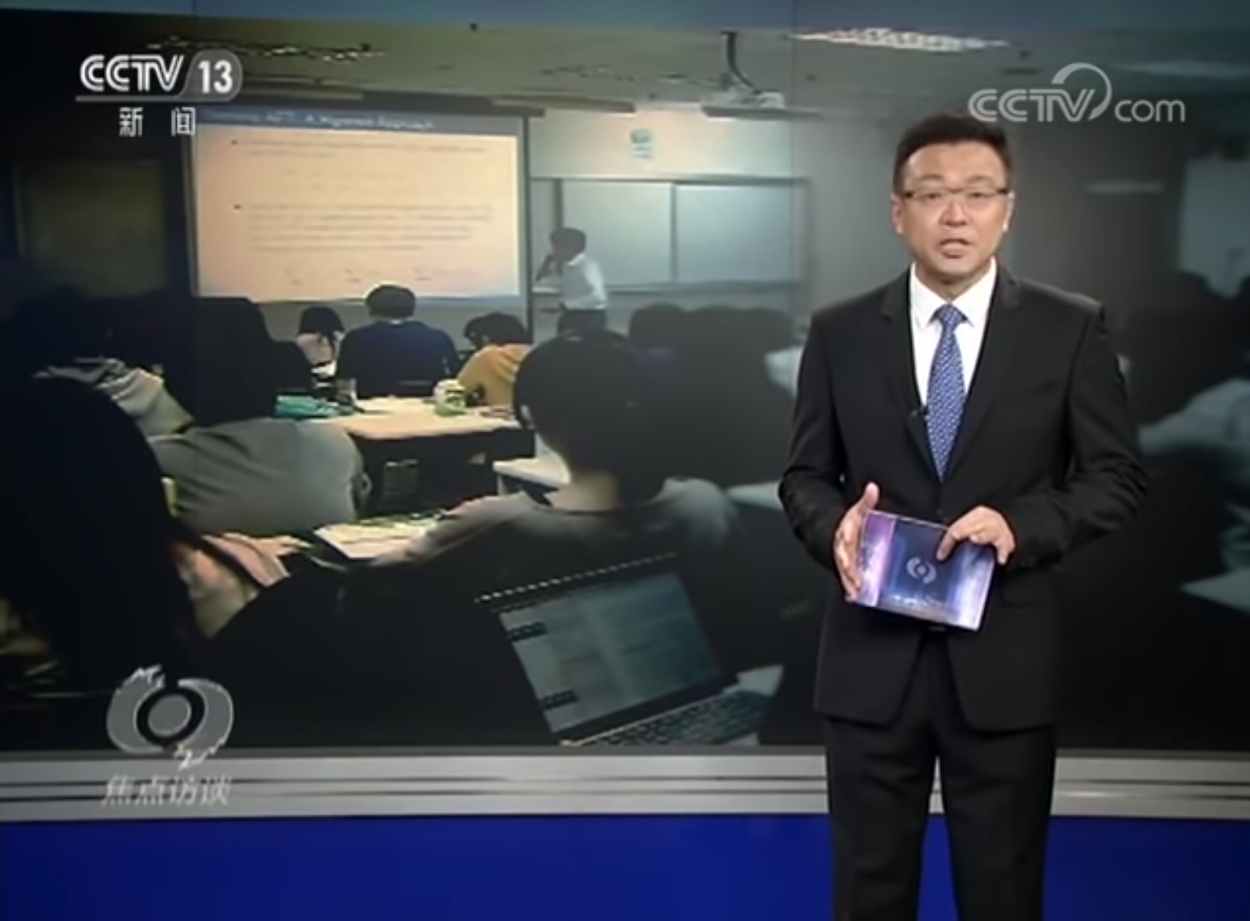 One observes that China’s claims regarding Taiwanese spying in China resemble the CCP’s other recent warnings against foreign, western spies, including claims that western spies would resort to seduction or claim to be researchers, academics, journalists. It is unknown as to what the specific impetus for China’s sudden spate warnings against purported Taiwanese spying effort was, however. For its part, the Tsai administration has denied that it recruits Chinese as spies, a claim which is somewhat dubious given past spying efforts on China by the ROC government in decades past. One also observes that the Hong Kong-based South China Morning Post, increasingly a Chinese propaganda organ, has also put out reports in the same timeframe as these Chinese state-run media reports claiming quite fancifully that Taiwan is becoming a surveillance state, never mind that this is true of China in the present.

Before the release of the reports from CCTV and the Global Times, some in China thought that spying accusations could be intended to smear the ongoing Shenzhen Jasic struggle, which the Chinese government has attempted to paint as being the result of foreign interference, rather than a struggle which developed as a product of genuine labor discontents within China. While such attempts have primarily involved attempts to claim that Maoist student activists involved in the struggle have suspicious ties to Hong Kong, which is close to Shenzhen geographically, this recently also attempted to point to ties between Chinese student activists and Taiwan. Namely, one of the involved students, Yue Xin, previously visited Taiwan and took a photo with Tsai Ing-Wen in 2015, which was used to claim that she was a supporter of Taiwanese independence—something that involved activists have denied.

The Al-Jazeera documentary in question

It is to be seen whether mark that the Chinese government may intend to take restrictive actions against Taiwanese in China with the justification that they were spying for Taiwan. China could in the near future arrest more individuals and put them to trial, as it did with Taiwanese human rights advocate Lee Ming-Che for his communications over Wechat with Chinese citizens about Taiwanese democracy, in order to try and frighten Taiwan. While Lee so far remains an isolated case, China may take to targeting other Taiwanese with a history of political activism that live or work in China—or even may just be transiting through China. This remains to be seen.