THE HONG KONG Court of Appeal handed down jail sentences today to Joshua Wong, Nathan Law, and Alex Chow for participation in the 2014 Umbrella Movement protests, sentencing Wong to six months in jail, Law to eight months in jail, and Alex Chow to seven months in jail. The three were leading figures of the Umbrella Movement, Joshua Wong having been the leader of the Scholarism student group of secondary school students opposed to “patriotic education” instituted by the Hong Kong government and later the founder of the Demosisto political party. Public anger over Wong’s arrest after protest actions in which he and other students clashed with police were instrumental in sparking the Umbrella Movement’s occupation of various public spaces in Hong Kong. Law and Chow are both former secretary-generals of the Hong Kong Federation of Students and similarly were prominent figures during the Umbrella Movement, not only for protest actions, but also engaging in a televised debate with government officials such as then-Chief Secretary for Administration Carrie Lam, who is now Chief Executive of Hong Kong. 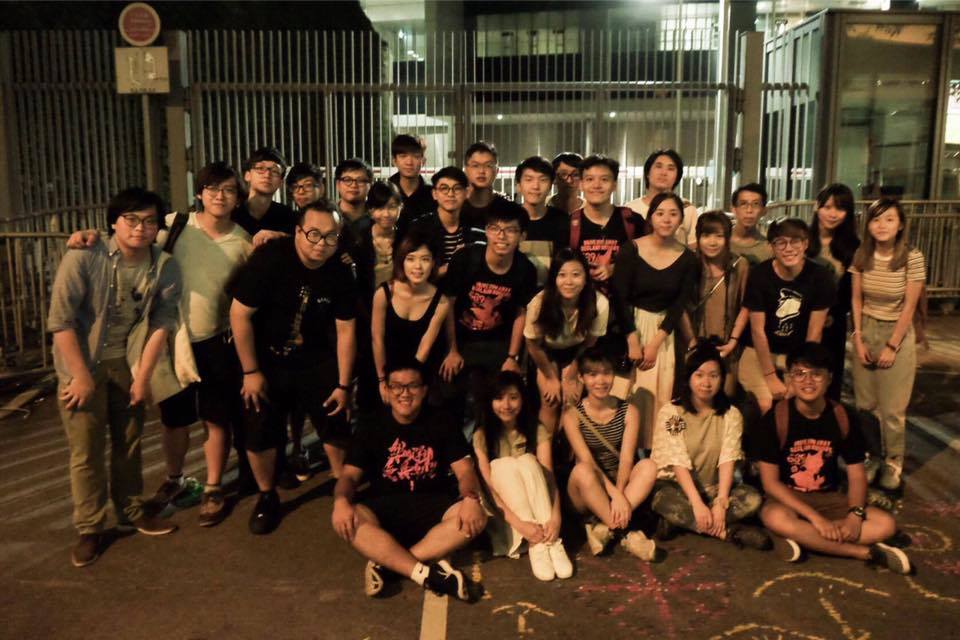 In the days leading up to the verdict, Wong, Law, and Chow notably stated that they expected to be jailed. Wong, Law, and Chow were convicted of unlawful assembly charges last July, with Wong receiving 80 hours of community service, Law receiving 120 hours of community service, and Chow receiving a three week prison sentence. None of the three had previously been convicted of any crimes. However, finding this sentence too light, the Hong Kong Department of Justice appealed the sentence earlier this month and the current decision more or less amends a relatively light punishment to a severe one. As such, Wong, Law, and Chow rallied yesterday with former Scholarism members and supporters in anticipation that this might be the last time they would be able to meet for some time.

And among Hong Kong youth activists, it is not only Wong, Law, or Chow who have been sentenced to jail recently as well through an amendment of previously light sentences. 13 activists who attempted to storm Hong Kong’s Legislative Council were sentenced to jail on Tuesday for a demonstration against a controversial 340 million HKD funding plan to develop Hong Kong’s New Territories pushed through by a forced vote at a meeting in which no pan-Democratic legislators were present by Finance Committee chair Ng Leung-sing. 12 of the activists received 13 months imprisonment, while one was sentenced to eight months in jail, this amending previous sentences in which defendants received between 80 and 150 hours community service. Among those convicted were Land Justice League convenor Willis Ho, Ivan Lam of Demosisto, and League of Social Democrats vice chair Raphael Wong Ho-ming. Before the sentencing today, Wong stated that this ruling offered a negative precedent for their own ruling, adding weight to the view that he, Chow, and Law would probably be jailed. Youth activists who were previously planning on studying abroad may have their educations affected as a result of the detention. Likely deliberately, the length of the sentence also means that youth activists who were planning on running for office, including Wong, who was planning on running for office once he turned 21, will now be unable to, seeing as by Hong Kong law, those imprisoned for more than three months will be barred for running for office for five years.

Rule of law is evidently broken in Hong Kong, law having long since become a disciplinary tool for China to crack down on political dissent. We can observe this in the fact that legislative candidates for Hong Kong’s Legislative Council are first vetted before running for office for political views that Beijing might disagree with, such as advocacy for Hong Kong independence, which led to localist candidate Edward Leung being denied candidacy in elections for Hong Kong Legislative Council. Then, after winning office successfully, Hong Kong legislators might still be disqualified from office if Beijing decides this must take place, even if they have already served in office for a period of time. 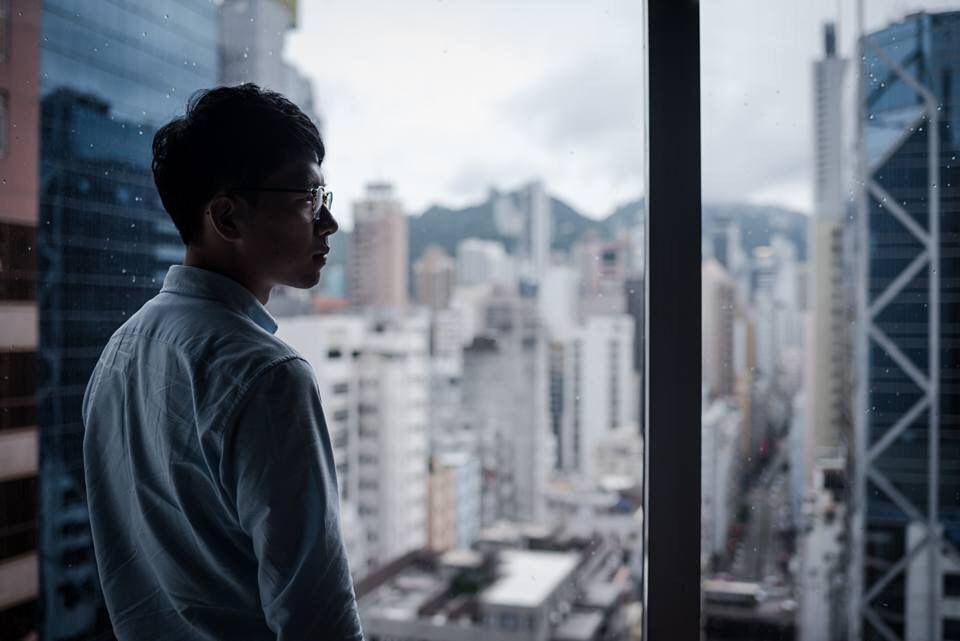 This was what led to the legislative disqualifications of Baggio Leung, Yau Wai-Ching, Nathan Law, Edward Yiu, Lau Siu-Lai, and veteran pan-Democrat lawmaker “Long Hair” Leung Kwok-Hung earlier this year. While Leung and Yau were disqualified without taking up their political positions, although having already moved offices into the Legislative Council building, the latter four were allowed to serve for some months before being disqualified. While Leung, Yau, Law, Yiu, Lau, were new lawmakers who took office after political activism, the disqualification of Leung notably removed a veteran lawmaker who had been in office for over a decade. Disqualified lawmakers still face heavy legal fees which they may be unable to pay.

In general, despite past appeals to the sanctity of the Hong Kong Basic Law as a way to uphold Hong Kong’s democratic freedoms, as it is a provision of the Basic Law that Beijing has the final say in its interpretation and interpretation can be retroactive in nature, one suspects that Hong Kong’s legal system would in the end, have come to consist of kangaroo courts favoring Beijing anyway. Indeed, judicial interpretation from Beijing served as the legal basis for disqualification of Hong Kong lawmakers. As such, past appeals to rule of law in Hong Kong may have been too much wishful thinking, although how flexible Hong Kong law has become to Beijing’s will is still shocking.

But political violence is also on the rise in Hong Kong. The jailing of Wong, Law, Chow, and other Hong Kong youth activists is preceded by the arrst Howard Lam Tsz-kin, a member of the Hong Kong Democratic Party, alleging to have been kidnapped by Chinese security agents for planning to send an autographed photo of Lionel Messi to to Liu Xia, the widow of Chinese Nobel Peace Prize winner Liu Xiaobo, who recently died, and having 21 staples driven into his thighs in the shape of a cross. Lam is now facing charges, arrest, and possible jail time for irregularities in his story and accusations that Lam lied about his story. But regardless of the truth or falsehood of Lam’s claims, Wong, Law, and other activists calling for democratic freedoms in Hong Kong have faced physical threats and violence from pro-Beijing mobs, with attacks on Wong and Law taking place at Hong Kong Airport after a trip to Taiwan.

One also expects the Hong Kong police to act as force backing up rule by Beijing, as observed in incidents during the Umbrella Movement in which 7 police officers beat democratic activist Ken Tsang, apparently not realizing that this had been caught on camera. Indeed, as observed in the kidnapping of Hong Kong booksellers who published booksellers critical of the Chinese government and televised confessions of guilt accompanying their reappearing in China, detentions, which would have only been possible with the cooperation of the Hong Kong government. Hong Kong has become a place where political dissent can lead to outright abduction by China and extrajudicial imprisonment. 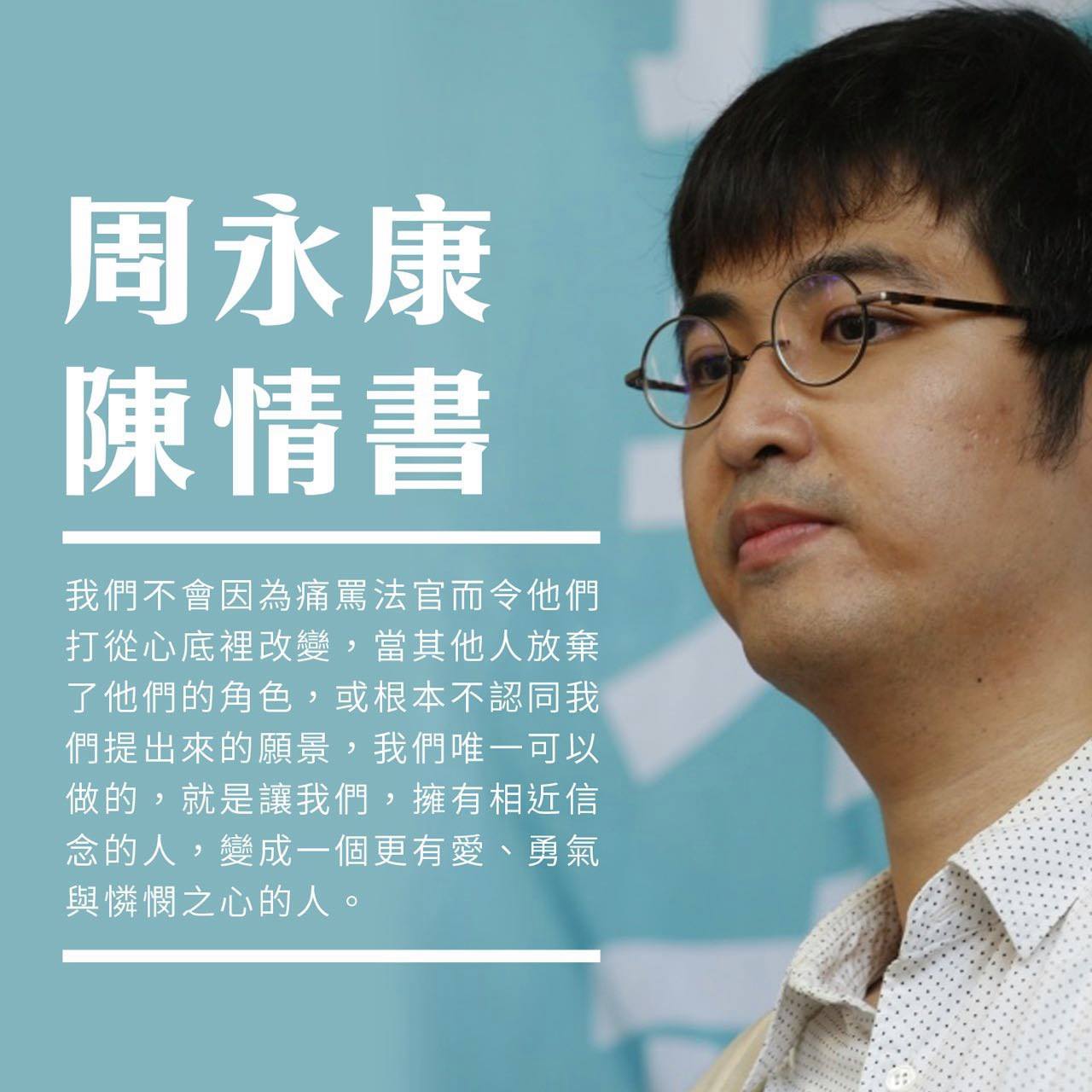 Or not. China has in recent times proven wholly willing to shrug off international criticisms, as observed in the death of Nobel Peace Prize winner Liu Xiaobo while in detention as a Chinese political prisoner for his signing and circulation of the Charter 08 manifesto against lack of democratic freedoms in China. The last time a Nobel Peace Prize winner died while a political prisoner was in the case of Carl von Ossetsky, the winner of the 1935 Nobel Peace Prize, who died in a Nazi German prison camp. Obviously, such comparisons look quite bad for China, but China shrugged this off anyway, claiming that other countries had no business butting into its affairs and even releasing doctored video to try and discredit claims that it had treated Liu poorly in jail. The whereabouts of Liu Xia, Liu Xiaobo’s widow, remain unknown, Liu likely also remaining in Chinese detention.

Yet protest may be the only way now for Hong Kong to make its voice heard in any way in the international sphere. This may lead to more arrests and, in fact, the possibility has even been raised that China is making preparations to establish the legal grounds for using military force to crush future demonstrations in Hong Kong by carving out legal spheres of influence within Hong Kong. But, either way, Hong Kong residents will need to express that they will not take current events sitting down, as passive sheep to be led to a slaughter. The alternatives to silence are far worse.