Disqualification Of Legislators Demonstrates Farce Of Democracy In Hong Kong

WITH THE disqualification of four pan-democratic lawmakers from Hong Kong’s Legislative Council, or LegCo, democracy has taken another blow in Hong Kong. With the loss of four seats for the pan-democratic camp, the pan-democratic camp no longer has veto power in the legislature, meaning that they no longer have the ability to block the actions of the pan-Beijing camp. But more terrifying still is that Beijing evidently intends to continue disqualifying legislators from Hong Kong’s legislature at will if they resist Beijing’s will.

The four disqualified legislators include legislators both young and old, longtime legislators and new legislators. While Nathan Law, Lau Siu-Lai, and Edward Yiu were new legislators who won seats in LegCo following the entrance of post-Umbrella movement activists into legislature, “Long Hair” Leung Kwok-Hung is a longtime fixture of the pan-democratic camp. In all, the four legislators represent over 180,000 votes.

But the legal case against the four recently disqualified legislators dates back to the same incident and at the time the Youngspiration duo were invalidated from their positions, it was feared that Law, Lau, Yiu, and Leung would be next. This brings the total number of disqualified legislators to six, but it is feared that up to ten legislators could be affected due to protest actions during their oath taking ceremonies or charges faced by them during the Umbrella Movement.  As there is a precedent in Hong Kong for legislators using their oath-taking ceremonies as an opportunity for protest statements and being allowed to retake their oaths anyway, it seems likely that few of the affected legislators expected this to occur.

In truth, despite much hand-wringing about Beijing’s actions as marking the end of democracy in Hong Kong in media coverage about the disqualification, many events in the course of 2016 LegCo elections have been seen as marking some kind of final endpoint for the demise of Hong Kong democracy, and after all any of these events, democratic freedoms subsequently deteriorate further. By this point, such arguments had been made regarding the fact that candidates seen as advocating Hong Kong independence disqualified from running in LegCo elections to begin with, as in the case of Edward Leung of Hong Kong Indigenous, the fact victorious candidates such as Baggio Leung and Yau Wai-Ching were disqualified from LegCo, and now that a further four legislators have been disqualified. Yet, outside of legislative politics, the kidnapping of five Hong Kong booksellers who published tabloid-style books critical of the Chinese government, with the Hong Kong government going out of its way to try and paper this over, already illustrates how Beijing’s authoritarian rule defies any semblance of rule of law. And with past attacks by pro-Beijing mobs on Law and other individuals, the use of violence is increasingly on the table for Beijing as a form of intimidation.

Consequently, Beijing will need to organize at least six by-elections to replace disqualified legislators. This could be a potential issue for Beijing, seeing as how Beijing handles by-elections could provoke anger from the public depending on heavy-handed its actions are. The fact that the Hong Kong judiciary justified the disqualification of legislators based on the legal precedent set by the Standing Committee of the National People’s Congress’s interpretation of the Hong Kong Basic Law, the Standing Committee having the right of final interpretation over the Hong Kong Basic Law, this may lead also Hong Kong activists to steer away from the strategy they have sometimes stuck to in the past of calling for universal suffrage as a provision of the Hong Kong Basic Law. Again, either way, it should be clear at this point that rule of law in Hong Kong only proves a weapon of Beijing and that, at the end of the day, there is no way in Hong Kong to use the law as a way of staving off of Beijing. 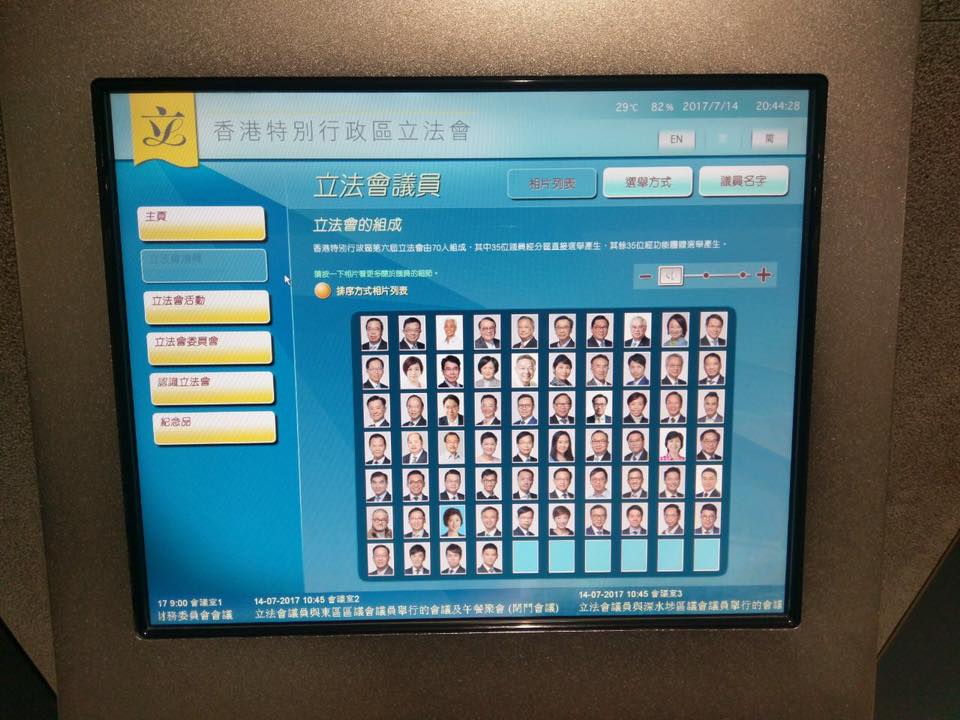 Image shared by Joshua Wong on Facebook showing that the disqualified legislators have already been removed from the LegCo website. Photo credit: Joshua Wong

But what next for Hong Kong? Hong Kong has in many ways to have returned to the political apathy which seemed so unbreakable before the breakout of the Umbrella Movement. Yet it was the widespread sense of broken democratic institutions which only served Beijing which led people to take to the streets in protest as their only way of politically expressing themselves. Subsequently, however, Hong Kong activists took to running for office in order to translate the spontaneous energy of the movement into something more lasting.

Nevertheless, with electoral means of political participation once again blocked, will this motivate the Hong Kong people to take to the streets once more? That remains to be seen. It could be that the kidnapping of Hong Kong booksellers and the increasing use of violence by allies of the pro-Beijing camp against those critical of China has a chilling effect in Hong Kong. For further mobilization to occur will require overcoming fear from Beijing’s use of intimidation then, perhaps.