After The Death Of Liu Xiaobo, What Now For China’s Democracy Movement?

WITH THE DEATH of Liu Xiaobo yesterday at age 61 from cancer which would have been treatable had he not been detained by China, China has seen international condemnation for what many see as its killing of the Nobel Peace Prize Winner. Liu, China’s most prominent prisoner of conscience, was awarded the Nobel Peace Prize in 2010 for his longtime struggle for human rights in China, including the writing and circulation of the Charter 08 manifesto calling for freedom of expression and democratic rights in China, which was modeled after the Czechoslovakian Charter 77 during the Cold War. Liu died in a hospital while under guard.

Having been arrested in December 2008 and sentenced to 11 years imprisonment, Liu was the third Nobel Peace Prize Winner to win the prize while in detention, the first being Carl von Ossietzky, the 1935 winner of the Nobel Peace Prize, and the second being Aung San Suu Kyi, the 1991 winner. The last time a Nobel Peace Prize winner was effectively killed by an authoritarian regime was Ossietzky’s death in 1938, seeing as he died in a prison camp in Nazi Germany. Obviously, the comparisons do not reflect well on China. 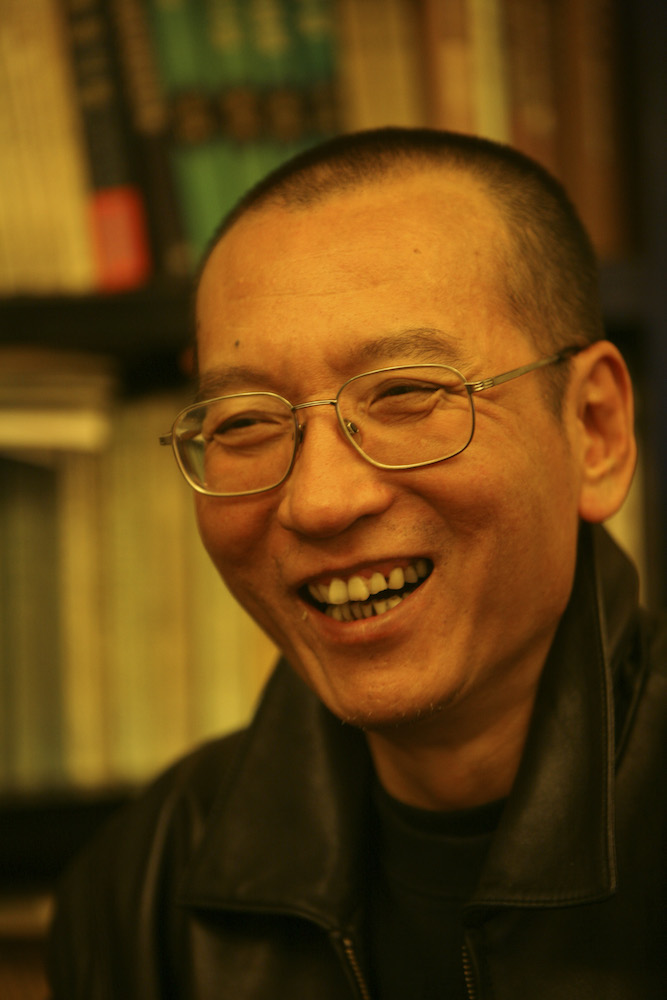 Nevertheless, this was far from Liu’s first jail stint. Having been a visiting scholar at Columbia University in 1989 when the Tiananmen Square protests broke out, Liu returned to China and embarked of human rights activism which marked the rest of his life. Liu was subsequently imprisoned from June 1989 to January 1991, May 1995 to January 1996, October 1996 to 1999, for charges ranging from instigating counterrevolutionary behavior to disturbing social order.

As a result, Liu spent a total of about fourteen years in jail by the time of his death. However, Liu was only released last month on medical parole when his cancer was already in a terminal condition. Although Liu wished to seek treatment abroad, he was not allowed to leave China before his death, despite experts affirming that Liu was then fit enough to travel. Liu’s cancer diagnosis would have been treatable had treatment began at an earlier stage, but this evidently was not allowed by China. China attempted to allay criticism after his release by releasing a video showing a man purported to be Liu receiving world-class medical care while in jail, expressing gratitude to his captors as he did so, something which was seen as a heavy-handed propaganda effort by China.

And so China has hit back at international critics by claiming that Liu’s death is none of their business, as well as that Liu was a criminal who sought to stir up subversive elements against the state in collaboration with foreign powers and that he was “led astray by the West”. Apart from that Liu’s criticisms of China on human rights grounds were troublesome for the party-state, China seems to have largely perceived Charter 08 as an attempt to foment open rebellion against the government. Liu’s death also comes on the same day that four more elected lawmakers in Hong Kong were disqualified from legislature, meaning that the pro-democratic camp no longer has veto power in Hong Kong’s Legislative Council. This includes post-Umbrella movement activists such as Nathan Law of Demosisto and longtime democratic activist “Long Hair” Leung Kwok-hung and totals individuals who received more than 180,000 votes. One wonders if this timing was in order that Liu’s death would overshadow events in Hong Kong and China would be able to push through a number of acts which would otherwise lead to public censure, a way of using the bad publicity for China following Liu’s death to get a number of acts which would lead to international condemnation all over at once, in a period in which China would see international condemnation anyway.

With the circulation of Charter 08 and speeches and writings by Liu after his death, Liu’s ideas are more discussed than ever. In truth, many of Liu’s views were highly conservative, including support for the Iraq War, the actions of George W. Bush as president of America, calls for western colonialism of China probably meant more as a provocation than anything, and defense of the War on Terror in vaguely Islamophobic terms. One generally suspects that Liu highly idealized and romanticized even the negative aspects of the West, as can be seen in Charter 08. Nevertheless, this does not diminish Liu’s call for democracy and human rights in China, his steadfast willingness to stand for democracy and human rights even if it meant imprisonment or death, and it remains a tragedy for him to die as such. Likewise, engaging with Liu’s ideas seriously proves a greater form of respect for Liu’s courage than attempting to paper them over.

But what now for the democratic movement in China? After Liu’s death, memorials have taken place in Hong Kong, Australia, the United States, and other locations outside of China. Taiwanese president Tsai Ing-Wen has also condemned China and vowed to help China achieve democracy, having previously offered to provide medical assistance for Liu. Calls have also followed for the release of Liu Xia, Liu’s wife, and to allow her to leave China, Liu Xiaobo’s reunion with Liu Xia while near death being an event which has received a great deal of international attention.

Unfortunately, it is ironic that Liu’s death comes at the time of a global retreat for human rights advocacy, with America, the major world power has historically pushed for human rights as a way of advancing its soft power, backing sharply away from human rights advocacy under the Trump administration. Likewise, the democracy movement is at present severely weakened in China as a result of resurgent authoritarianism under the president of Xi Jinping. Some label present circumstances in China as the most repressive period since the Cultural Revolution and Xi the most powerful Chinese leader since Deng Xiaoping. Consequently, it seems unlikely that there will be a renewed mass movement for democracy in China as spurred by Liu’s death and, unsurprisingly, the CCP will do its best to minimize the circulation of information about either Liu’s life or death. Reportedly, information about Liu Xiaobo’s death already cannot be seen on WeChat or the Internet in China. 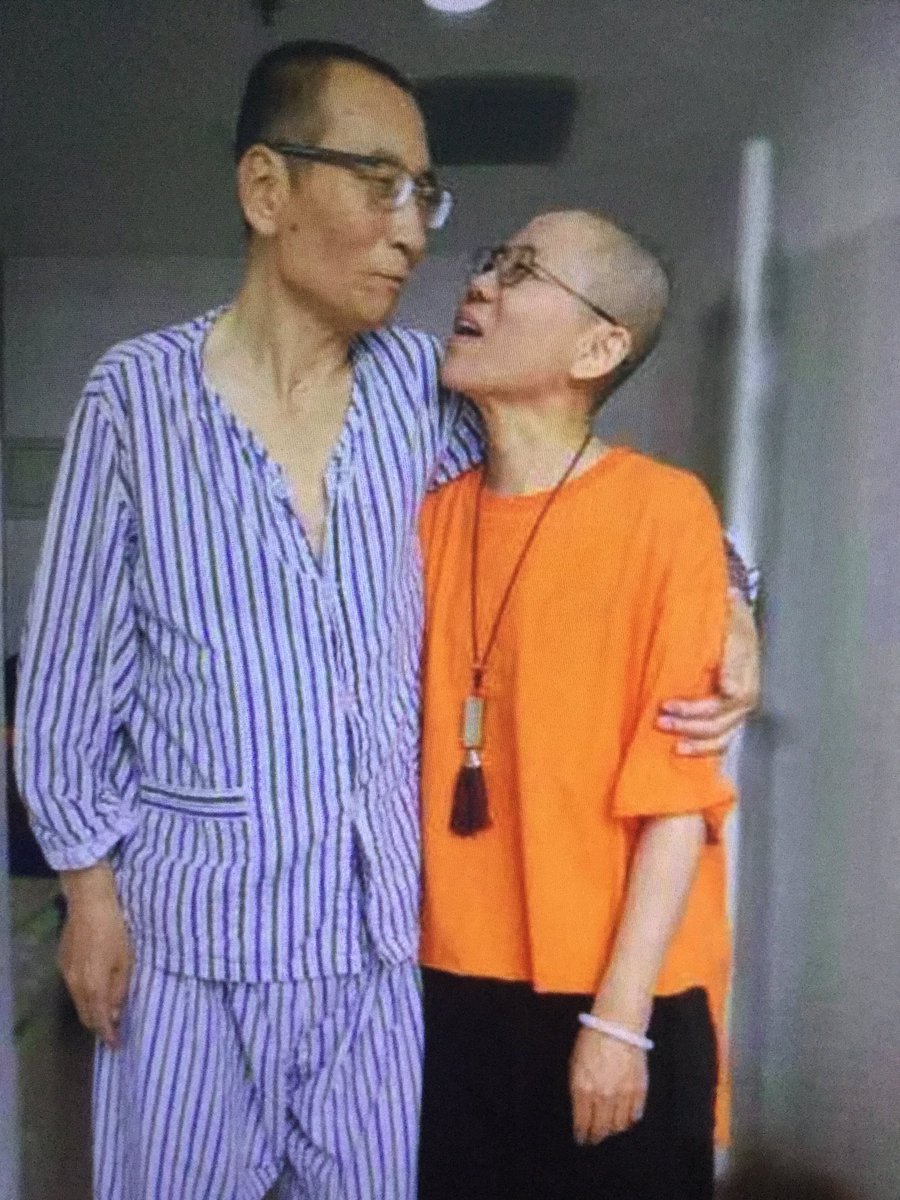 And there, too, are those who take Liu’s death not as a call to arms, but a demonstration of the follies of political engagement. Apart from those who think Liu deserved his death for daring to question the state, likely greater in number still are those who think that Liu was stupid and simply asking for trouble through his actions, seeing as Liu knew that death was a highly possible outcome for his actions.

What now for the democracy movement in China, then? What are the concrete steps which can be taken to change this situation? Rather simply allowing grief to numb us, these are the questions we should perhaps be asking ourselves after Liu’s death.