THE TAIWAN People’s Party (TPP), which was formed by Taipei mayor Ko Wen-je in 2019, has been hit with a round of criticism due to the party’s ties with the Greater Taipei Stability Power Alliance (GTSPA).

The GTSPA is an anti-gay group that played a key role in organizing the 2018 national referendum against gay marriage. After participating in 2020 legislative elections as a political party, the GTSPA has to date been unsuccessful in securing any seats in the Taiwanese legislature, but it is a party broadly affiliated with the pan-Blue camp. The GTSPA organized a recall vote against Huang Kuo-chang, who was then chair of the NPP, for his staunch support of gay marriage in 2015, with the support of a number of KMT politicians. 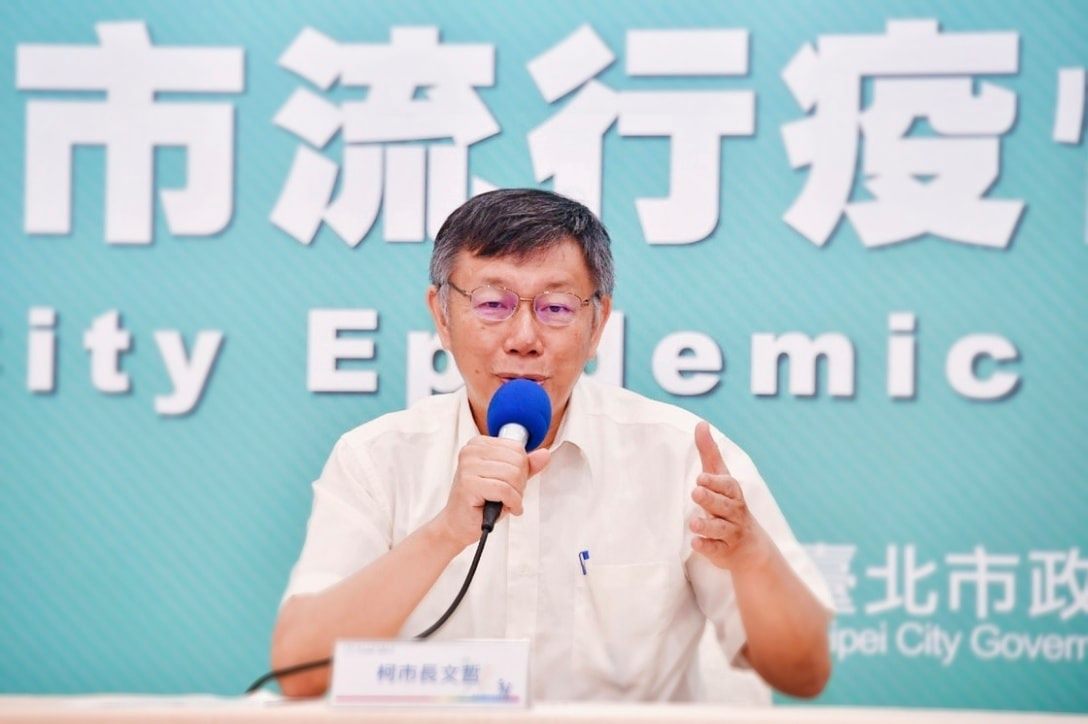 GTSPA chair Sun Chi-cheng was present at the inauguration of the party’s New Taipei campaign headquarters on Sunday, and former GTSPA legislative candidate Li Guo-xian was named as the deputy chair of the TPP’s New Taipei branch. Party spokesperson Christina Yang and Ho Jui-ying, mother of party chair Ko Wen-je, both took selfies with Sun at the inauguration ceremony.

The TPP’s close ties with the GTSPA have seen criticism, particularly because its party chair, Ko Wen-je, has sought to tout Taipei as an LGBTQ-friendly city after the legalization of gay marriage in Taiwan two years ago. The Taipei city government has, for example, painted a rainbow crosswalk in Ximending, historically known as a hotspot for LGBTQ nightlife, as an example of policy friendly to members of the LGBTQ community.

The NPP has been particularly emphatic in attacking the TPP on the issue, with chair Claire Wang attacking the TPP over its sudden closeness with the GTSPA on social media. The TPP has tried to stake out territory for itself as a light Blue party that is not as emphatic on pro-unification stances nor as socially conservative as the KMT.

Of course, the NPP has past animosity with the GTSPA going back to the Huang recall vote. However, having long been threatened by the TPP due to the fact that it has a very similar voter base, the NPP is also likely hoping to find grounds on which to distinguish itself from the NPP. For its part, the TPP has claimed that it awarded a position to Li Guo-xian on the basis of his ability, rather than seeking to build ties with the GTSPA. 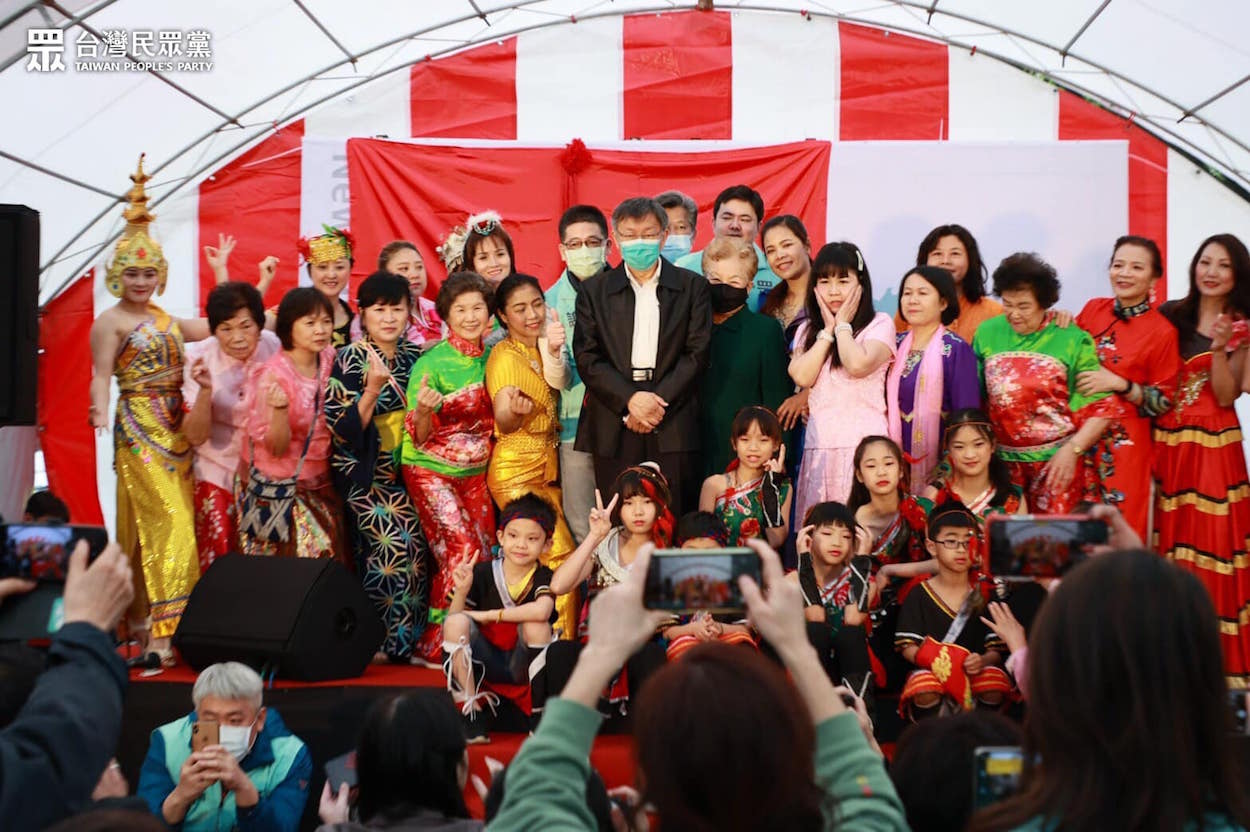 The TPP’s stances should not surprise, given the views of its party chair. In his first years as Taipei mayor, Ko originally stated that he would consider supporting marriage equality once half the states in the US legalized gay marriage, before the 2015 Obergefell v. Hodges ruling legalized gay marriage across all of the US. Ko later stated that he had voted against gay marriage in the 2018 referendum. It has long been a question as to whether the TPP would be a party whose stances would be reducible to the views of its chair, and whose support base primarily consists of supporters of Ko. Ko was at one point one of the most popular politicians in Taiwan and has long harbored presidential ambitions.

Indeed, although TPP politicians have tried to construct a progressive image for the party, this has been undermined by the TPP increasingly drifting closer to conservative political forces. Apart from that the TPP is now increasingly close with the GTSPA, Ko recently attracted controversy for participating in a KMT-organized forum in late February at the invitation of KMT party chair Johnny Chiang.

One notes that Ko originally ran for office in 2014 claiming to be an independent that would avoid becoming too close with either the pan-Blue and pan-Green camps. The TPP was formed on a similar basis. However, Ko has become increasingly close to the KMT as time has gone on and increasingly at loggerheads with the DPP. In the lead-up to 2020 presidential elections, Ko openly attacked president Tsai Ing-wen and referred to former Kaohsiung mayor and Presidential Office secretary-general Chen Chu, a former political prisoner, in misogynistic terms.

Relations between Ko and the DPP soured after the DPP ran its own candidate in the 2018 Taipei mayoral elections, instead of endorsing Ko as it did in 2014. But Ko’s increasing closeness with the KMT occurs despite that Ko also competed against a KMT candidate in 2018. With Ko having long desired to run for president, in the lead-up to 2020 elections, it was speculated that Ko could align with pan-Blue figures such as James Soong, Wang Jinpyng, or Terry Gou for a presidential bid. 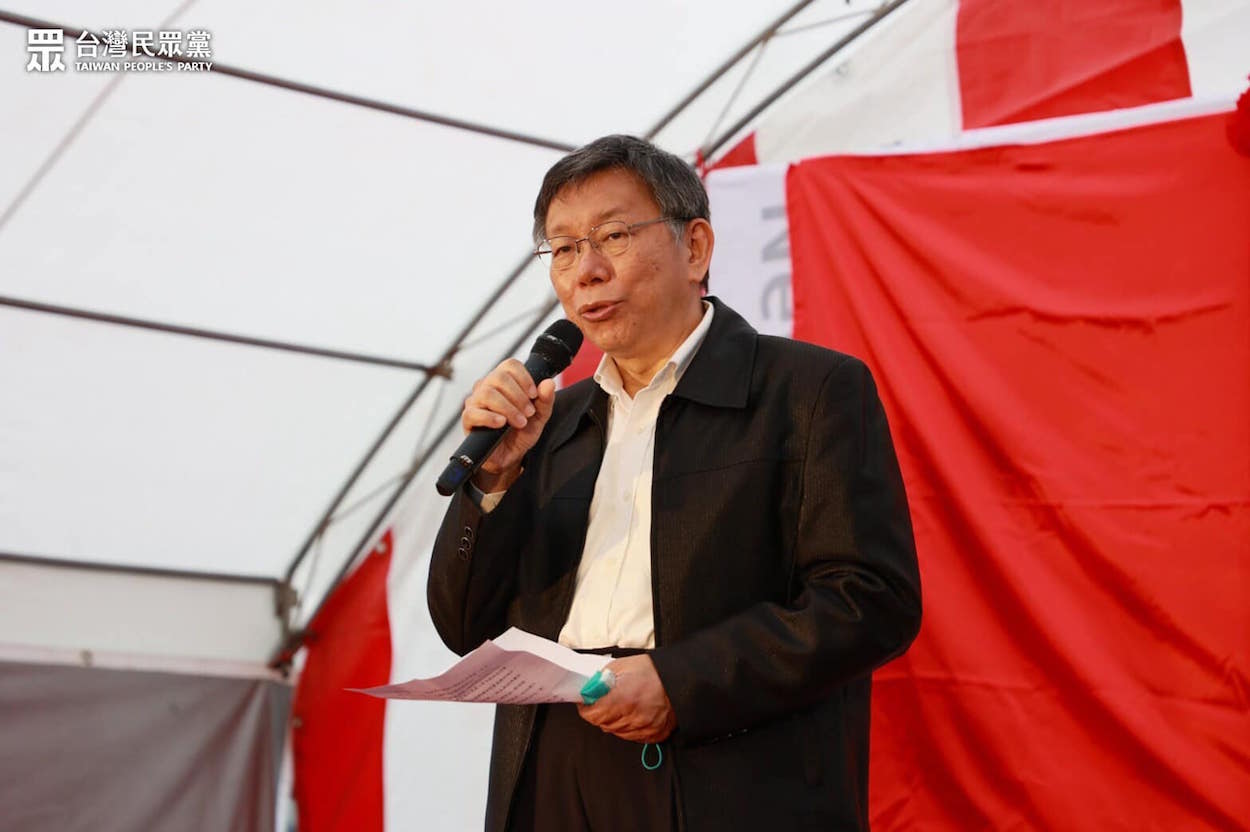 The pan-Blue affiliations of the TPP should be clear from the backgrounds of its five legislators, who have political histories that slant pan-Blue. At the same time, one notes that while the TPP’s legislators lean toward being pro-unification, some have comparatively politically progressive backgrounds. TPP caucus whip Lai Hsiang-lin is a former labor activist, for example, before becoming head of the Taipei city department of labor.