Ko held a talk with Taiwanese students and young entrepreneurs at the Massachusetts Institute of Technology on Friday afternoon, as the final stop of his four-city visit in the United States. Ko said that Taipei was the most diversified, open, and democratic city in East Asia by indicating Eid al-Fitr celebrations and the LGBT Pride Parade in Taipei as evidence, yet stated that he personally had voted against gay marriage.

“Although I voted against you at the referendums, I allow 125,000 people to parade on the streets,” Ko said when he mentioned the parade, adding that even though the referendum regarding same-sex marriage was voted down, the annual parade held in Taipei shows that it is a city of tolerance. 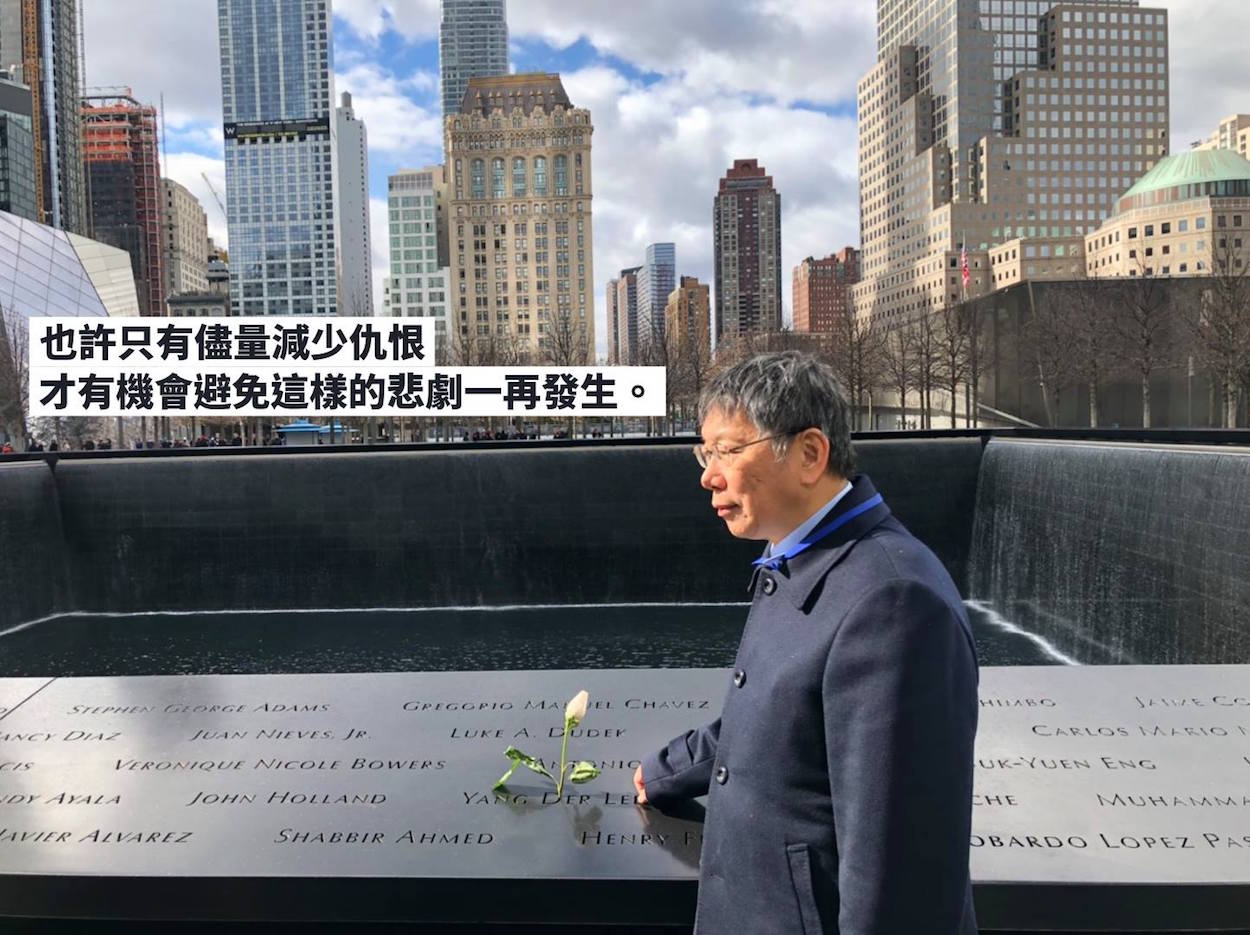 Ko’s stating his voting against gay marriage was widely reported on by Taiwanese media, as he has generally refused to discuss the referendum held in November last year. The news coverage later prompted a follow-up comment from Ko, which was posted on Facebook soon after the speech.

“My intention was not to say that I personally voted against it in the referendum, nor did I mean I ‘permit’ the parade,” he wrote, stating that he had made an inaccurate remark in the speech. “I meant that although the referendum showed the majority are against the issue [of same-sex marriage], they will not interfere with the parade or other events.”

The other parts of the speech included discussing the necessity of innovation, his experience in municipal administration, and the importance of facing failure. When asked about the brain drain and possible methods to keep the youths in Taiwan, Ko admitted institutional rigidity had been a long-term problem and could not be immediately improved.

More broadly, Ko’s visit in the U.S. has become a media sensation in Taiwan for the past week. 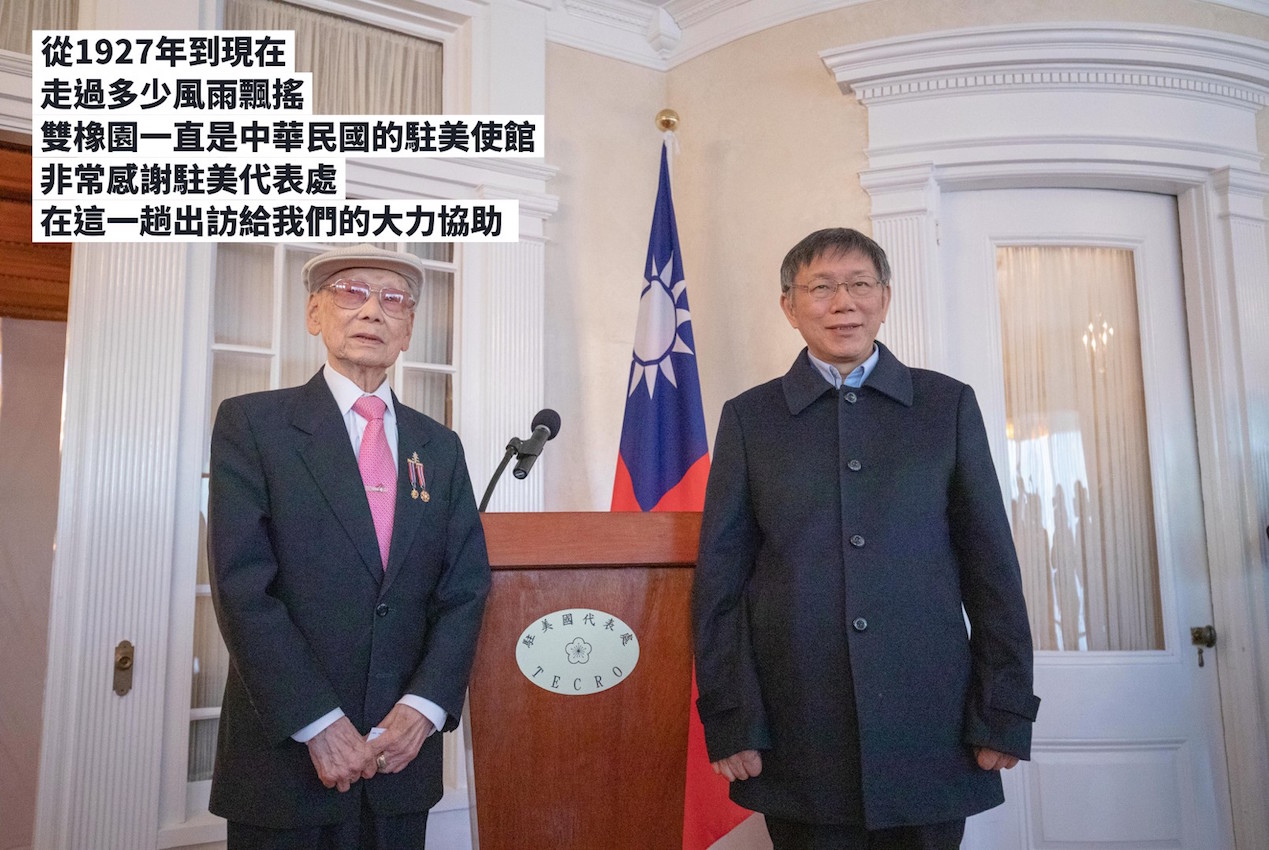 Ko spoke about the relationship between Taiwan, China, and the United States on Mar. 20 at the Heritage Foundation in Washington D.C., proposing that Taiwan could have closer ties with the U.S. while pursuing a friendly relationship with China. Both current KMT and DPP platforms made Taiwan difficult to build “mutual trust” or to have meaningful dialogue with China, according to Ko. “The U.S. is a longstanding friend and ally of Taiwan, but that does not mean China should be seen as an enemy,” Ko said.

The proposition was considered ambiguous by Bonnie Glaser of the Center for Strategic and International Studies (CSIS), who is a senior adviser for Asia at the Washington-based think tank.

“As Taipei mayor, [Ko] has not been compelled to present more details. Should he run for president, he will have to fully explain his approach to Beijing and how he plans to strengthen Taiwan’s defense.” She tweeted on Mar. 22, despite the fact that they had a closed-door meeting at the Brookings Institution in Washington D.C. on Tuesday, along with other U.S. officials including former American Institute in Taiwan (AIT) Chairman Richard Bush and Douglas Paal, the former director of AIT.

In the statement FAPA issued last Sunday, the FAPA president Mike Kuo blamed Ko for disclosing his private visit to FAPA for personal political gain, causing controversy and within FAPA and misunderstanding among Taiwanese supporters. Due to Ko’s controversial behavior, the visit would be defined as private with no media coverage and public disclosure, according to Kuo’s statement. Mayor Ko could only enter FAPA’s building without any media coverage. “The matter has negatively impacted FAPA,” Kuo added. 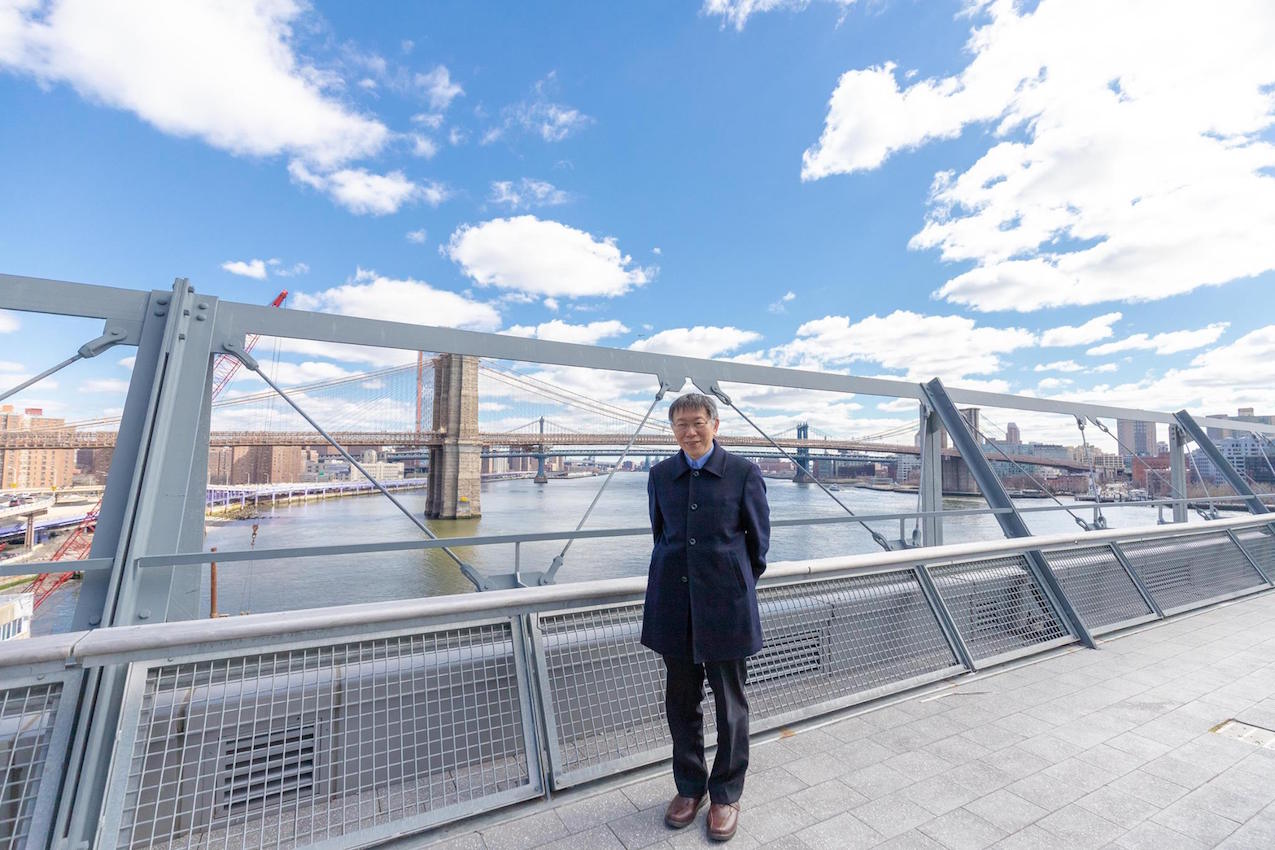 The Taiwanese Association of America also issued a statement in early March, saying Ko Wen-je was not welcome and they refused to greet him during his visit. According to the association in a statement, Ko’s pro-China and anti-U.S. stance conflicts with their core values and would possibly weaken the relationship between Taiwan and the U.S. The association also wrote a letter to AIT, criticizing Ko’s negative remarks on Taiwan’s relationship with the United States.

Ko responded by saying that “It’s strange to issue a statement saying there would be no greeting for me. Usually, a statement is only issued when one wants to greet someone.”