KO WEN-JE YESTERDAY announced the formation of the Taiwanese People’s Party (台灣民眾黨 or TPP), a new political party that will presumably be led by Ko. According to the Ministry of the Interior, the TPP has already been formally registered as a political party. Other details about the party, including its structure, iconography, and funding, remain unknown.

It has long been speculated in the media as to whether Ko Wen-je will seek to run for president in 2020. In particular, it has long been feared by members of the pan-Green camp that Ko splitting the pan-Green vote could perhaps lead to a KMT victory, with the general view that Ko would prove more divisive of the pan-Green camp rather than the pan-Blue camp. The formation of the TPP seems to more or less confirm that Ko will seek to run for president. 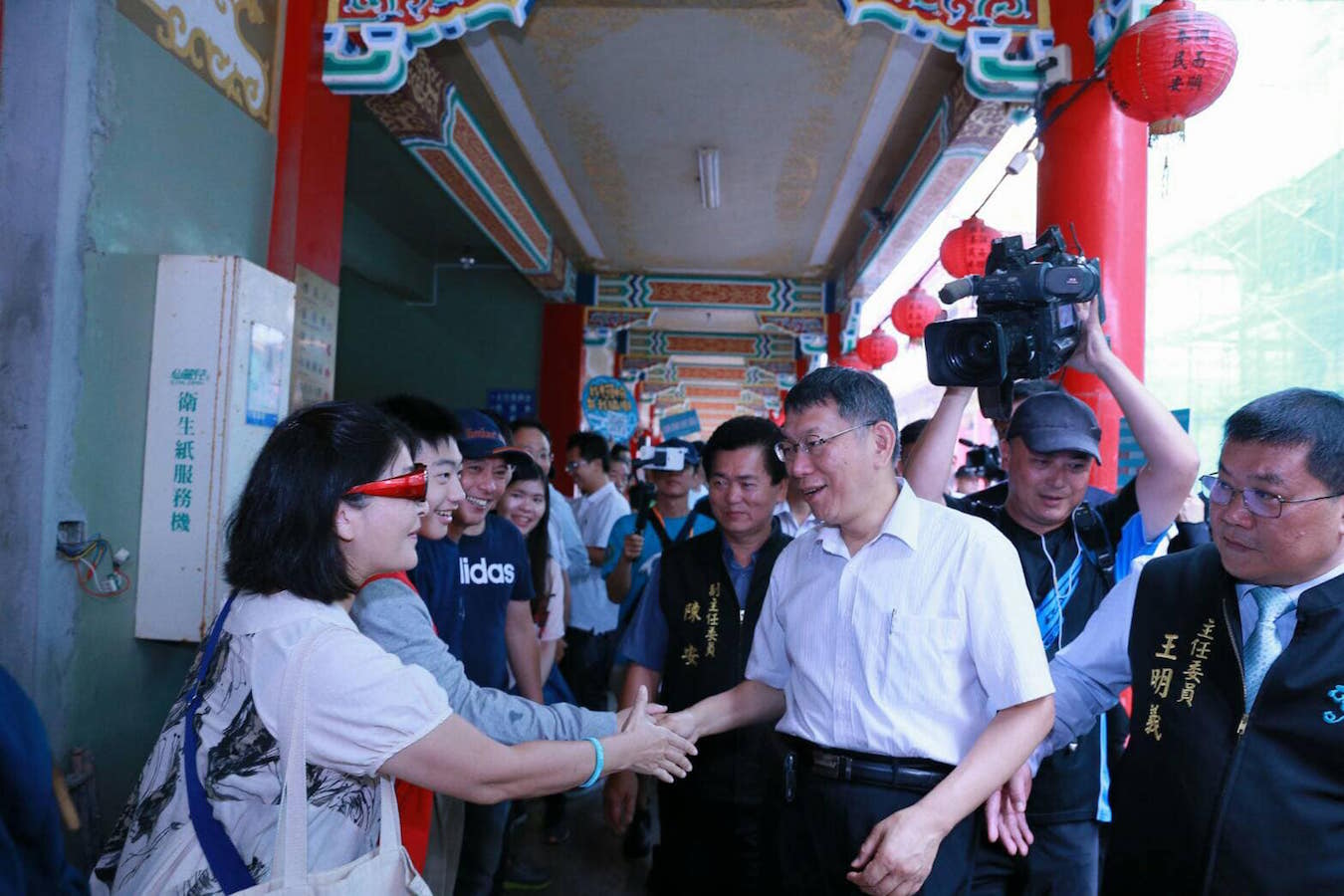 Ko sometimes polls as well as or higher than DPP presidential candidate and incumbent Tsai Ing-wen and KMT presidential candidate Han Kuo-yu in hypothetical match-ups. At the same time, a Ko victory would be unlikely, given that Ko lacks the financial resources and the mobilization network spanning all of Taiwan that the DPP and KMT have. Forming a political party is likely aimed at materializing these resources and building up such a mobilization network, then.

Ko made a number of moves which seemed aimed at eventually forming a political party before nine-in-one elections in November last year, endorsing a number of city councilor candidates in Taipei. It was then anticipated that the name of Ko’s party would be “White Force” or “Colorless Force” (白色力量), with this being a frequent slogan at Ko rallies. The name “White Force” or “Colorless Force” would reference the notion of Ko being a political independent who was “beyond blue and green,” neither a member of the pan-Green or pan-Blue camps.

The “White” in the name “White Force” could also reference white being one of the party colors of the KMT, given Ko’s reorientation away from the pan-Green camp and toward the pan-Blue camp since his initial election victory in 2014. And as the “Force” (力量) in “White Force” is also the same as the “Power” (力量) in “New Power Party” (時代力量 or NPP), which would also reference Ko’s rise as a politician with the support of many young people as a post-Sunflower Movement phenomenon.

Many members of the informal “White Force” alliance were former KMT members who lost in KMT primaries and so were unable to secure the KMT endorsement. However, the NPP also saw a political split at the time, with some Taipei city councilor candidates endorsing Ko and other candidates refusing to endorse Ko and candidates that endorsed Ko coming under fire from youth activists for close ties with an individual increasingly seen as a political turncoat. 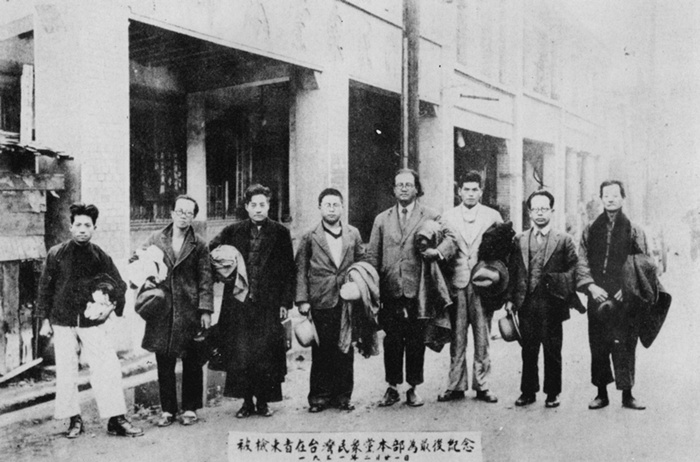 Chiang, who was the founder of the Taiwanese Cultural Association, is celebrated by Taiwanese independence activists as a political predecessor. That being said, Ko may aim to depict Chiang as a figure also amenable to the pan-Blue camp, as Chiang was active in the colonial resistance movement against the Japanese colonial authorities and the ideology of the historical Taiwanese People’s Party was originally Sun Yat-Sen’s Three Principles of the People before the party eventually began to move shift politically leftward under Chiang’s leadership.

Again, this may be an attempt by Ko to recapture the image of being “beyond blue and green” at a time in which Ko is perceived by many members of the pan-Green camp as having changed allegiances to the pan-Blue camp. Ko has, for example, stated numerous times that there is “One family on both sides of the Taiwan Straits,” as part of city-based cross-strait exchanges carried out between Taipei and Shanghai⁠—visiting China even as protests currently rock Hong Kong regarding the deterioration of political freedoms under Chinese rule to again publicly state his view of Taiwan and China as one family.

Ko has also publicly associated with pan-Blue figures such as James Soong of the People First Party or “White Wolf” Chang An-lo of the Chinese Unification Promotion Party, a former killer of political dissidents for the KMT during authoritarian times. Likewise, Ko is accused of failing to clear up allegations that the Taipei city police has ties to pro-China organized crime groups, with regards to attacks on students by pro-China gangsters during the 2017 NTU Sing! China incident or an undercover Al Jazeera investigation revealing ties between the Chinese Concentric Patriotism Alliance and the Taipei city police.

Ko forming a political party comes on the heels of the pro-independence pan-Green traditionalists of Formosa Alliance announcing that they intend to form a political party which will potentially run both presidential and legislative candidates in 2020 elections, as well as former president Chen Shui-bian also announcing plans to form a party called the One Side, One Country Action Party (OSOCAP). OSOCAP is also expected to be a hardline pro-independence party, although it remains unknown as to how it will differentiate itself from the Formosa Alliance, which it is believed to have close ties to. 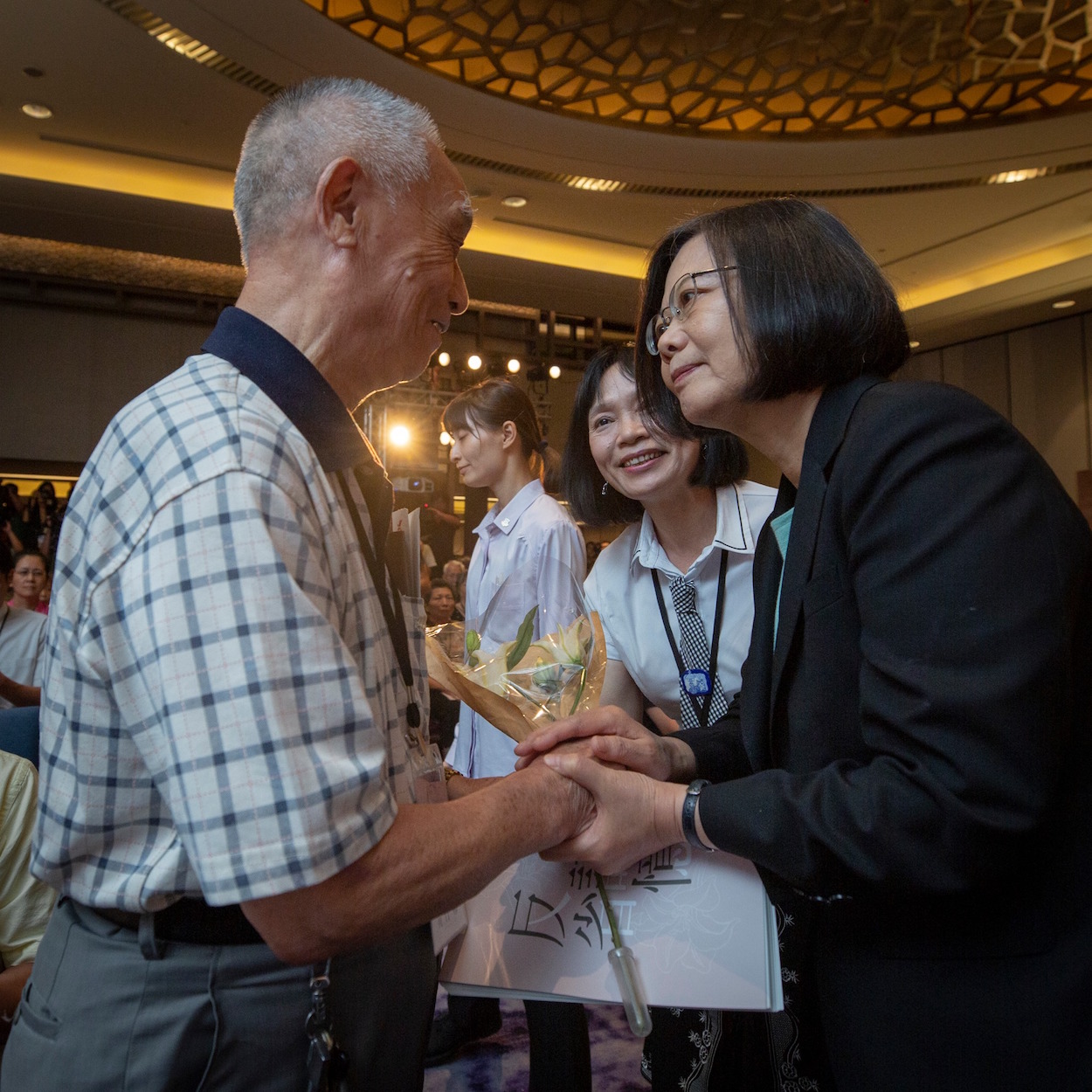 Questions remain regarding who will be Ko’s running mate, which will have a large impact on how Ko performs. James Soong or former legislative majority speaker Wang Jinpyng have been raised as potential running mates in the media, as has FoxConn CEO Terry Gou, who was recently unsuccessful in his bid for the KMT’s presidential nomination. It is to be questioned whether such politicians would be willing to subordinate themselves to Ko, however, or whether Ko himself could be persuaded to act as their vice president.

It, too, is to be questioned how the DPP will react to the formation of the TPP. Ko lashed out at the DPP numerous times in the weeks prior to the formation of the TPP. This includes accusing Tsai of being politically manipulative in backing him in 2014 elections but not in 2018 elections, and criticizing Sunflower Movement student leader Lin Fei-fan after he joined the DPP, Ko likely still holding a grudge due to a previous editorial written by Lin in The Diplomat criticizing Ko’s pro-China reorientation.

Despite the fact that most observers would agree that Tsai has generally pursued a moderate course of action in not pushing for de jure independence while at the same time rejecting the 1992 Consensus, Ko claimed in May that Tsai’s actions were “provocative” of China and stated that Taiwan should “remain silent” regarding Xi Jinping’s efforts to achieve the political annexation of Taiwan through the formula of “One Country, Two Systems”, effectively suggesting that Taiwan should do nothing to defend its sovereignty.

Ko has further accused the DPP of hiring American author Ethan Gutmann to defame him with regards to organ trafficking allegations made by Gutmann in a book⁠—never mind that such allegations actually date back to 2014, when the DPP endorsed him, and not 2018, when the DPP did not endorse Ko. 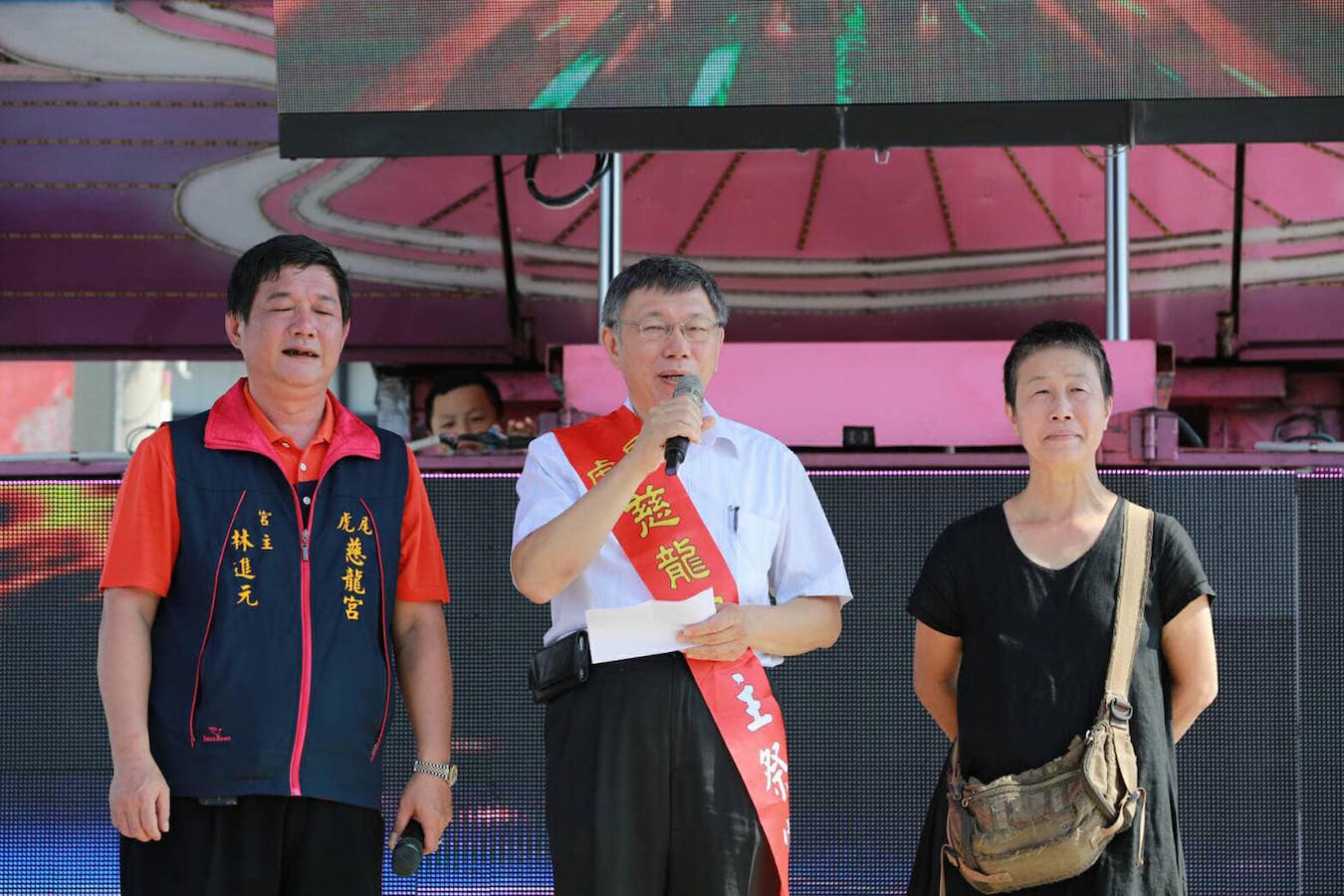 Given his apparent grudge against Tsai and the DPP, Ko has been accused of potentially running simply to be a spoiler for the DPP in forming the TPP and seeking to run for president. Otherwise, if Ko is not serious about running, Ko is likely hoping to try and secure political benefits from the DPP or KMT in return for not running, such as negotiating for future political support or other kickbacks. This remains to be seen.