HUANG KUO-CHANG has survived the recall vote organized against him by anti-gay marriage groups in his electoral district of New Taipei 12. This was by the recall vote not meeting the benchmark needed to recall him, which would have required over 63,888 votes. Under current recall laws, over 25% of eligible voters would have to vote in favor of recalling Huang, but recall supporters were unable to mobilize this amount, seeing as the total amount of voters including both voters for and against the recall was only 28% of New Taipei 12’s total eligible voters, which was 251,191 in 2016. A total of 70,032 voted in the recall vote. This more or less corresponds with what some scholars predicted before the vote, that the benchmarks needed to pass the recall would not be met.

However, with 48,370 voters voting to recall Huang versus 21,762 voting against the recall, those voting in favor of supporting Huang Kuo-Chang did surpass those who voted in defense of Huang by a proportion of about 2 to 1. This proportion was clear from an early stage of voting, but the exact demographic composition of voters is not yet clear.

The recall vote facing Huang was over a single issue, Huang Kuo-Chang’s constant and unwavering support of legalizing gay marriage in Taiwan, which led anti-gay groups to target Huang as a symbolic figure to organize a recall vote for, as a means to demonstrate opposition to gay marriage. These groups were led by the Greater Taipei Stability Power Alliance. But it is also widely suspected that KMT politicians leapt onto the issue and mobilized their support networks as a way of attacking Huang and the NPP, a consistent critic of the KMT as the political party which emerged after the Sunflower Movement, as observed in former KMT spokesperson and legislator Alex Tsai—himself a target of past recall campaigns—stating that he looked forward to Huang being recalled. More pragmatically, KMT politicians hoped to recall Huang in order to reclaim the area of New Taipei District 12, traditionally a light blue territory.

And it was the fact that New Taipei District 12, whose major population center is Xizhi, is more traditionally an older, more conservative, and pan-Blue leaning district which made the threat of recall such a severe one for Huang. Huang is a Xizhi native, and the NPP broadly adopted the strategy of running in traditionally light Blue districts in 2016 legislative elections in order to avoid conflicting with the DPP. In line with trends of strengthening Taiwanese identity, when pan-Blue districts tend to stay pan-Green once they switch over, and the NPP was generally successful in the districts where it ran candidates—only losing in Hsinchu, in which Ker Chien-Ming of the DPP refused to make way for the NPP candidate, Handy Chiu.

Yet before the vote, it was still generally a question as to how New Taipei District 12 voters would behave. While progressive, youth-led social movements have taken Taiwanese politics by storm since the 2014 Sunflower Movement, the past year has seen the rise of a number of conservative social movements, including opposition to gay marriage as fronted by the Protect the Family Alliance, and various Christian groups, and deep Blue military veterans opposed to pension reform. And although progressive, youth-led social movements have utilized innovative strategies to educate and mobilize youth voters using the Internet and social media, and, in line with this, organized online campaigns in support of Huang, older voters consume information through other means, such as through traditional media as newspapers and television, or through Line groups. 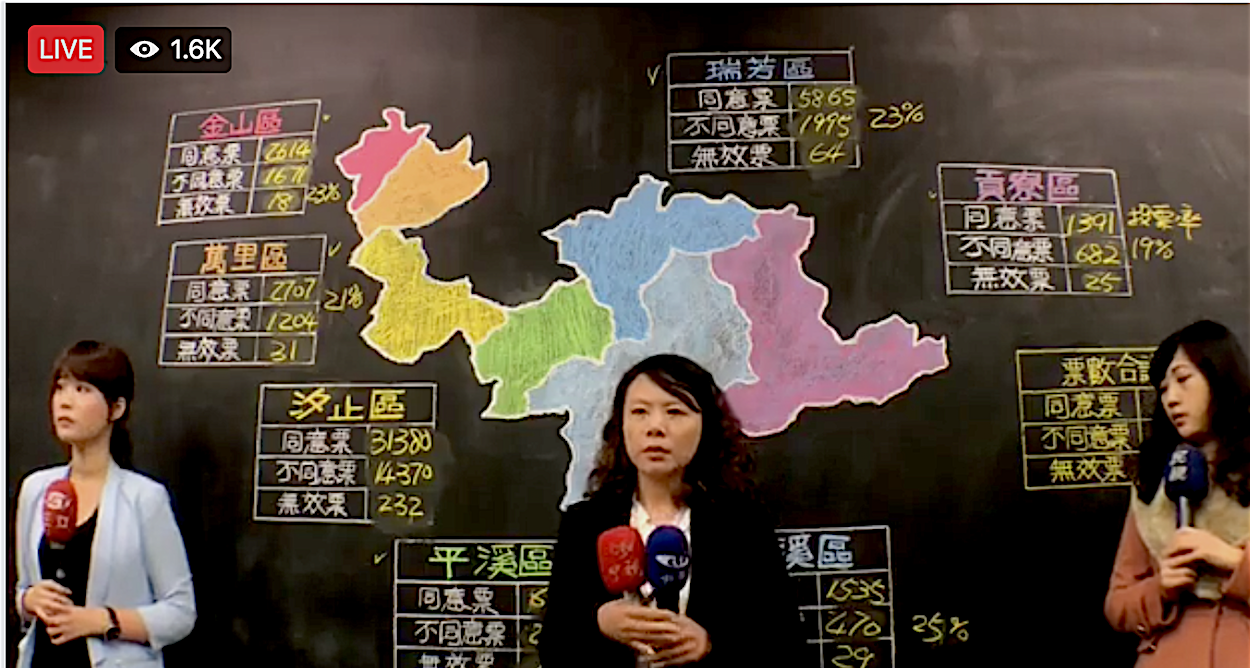 Likewise, without the prevailing mood of an election, it was a question whether Huang could mobilize enough voters to remain in power, and it may generally be more difficult to mobilize voters to oppose a referendum rather than to support it. Indeed, the irony of the eventually successful push by post-Sunflower Movement activists to change laws regulating recall votes is that the specific changes made may make it easier to recall legislators than for them to be voted in. Yet neither past recall efforts by Sunflower Movement activists against much hated KMT legislators such as Alex Tsai, Chang Ching-chung, Wu Yu-sheng, and Lin Hung-chih were successful. And, seeing as the emergence of conservative social movements was anticipated by few, Sunflower Movement activists likely did not anticipate that progressive legislators as Huang Kuo-Chang would become targets of conservative social movements using the recall measures that they themselves had pushed into law.

Huang emphasized in the press conference after the results of elections became clear that he and the NPP power party still intends to push for experimental, progressive ideals aimed at realizing democracy, including the use of recall votes against legislators. But while Huang has survived his recall vote, it should perhaps be sobering for youth activists to see such results. Conservative social forces still exist within Taiwanese society and command substantial force.

No amount of outreach or intelligent and creative messaging by youth activists may change the views of such individuals either, who may simply be set in their ways. For example, in a televised debate with Greater Taipei Stability Power Alliance chair Sun Chi-Cheng, Huang was the undisputed winner. Among the strange claims that Sun made on air was that he had been informed by he had been told by a father that ten years ago, Huang Kuo-Chang had brainwashed his daughter, the false claim that the NPP supports the legalization of drugs, baseless accusations that Huang Kuo-Chang had engaged in vote buying, and Sun ended the debate by exhorting viewers to “Remember four characters on December 16th: ‘Recall Huang Kuo-Chang!’” (12月16日蓋下四個字「罷免黃國昌」) despite the fact that this is five characters (罷免黃國昌), not four. 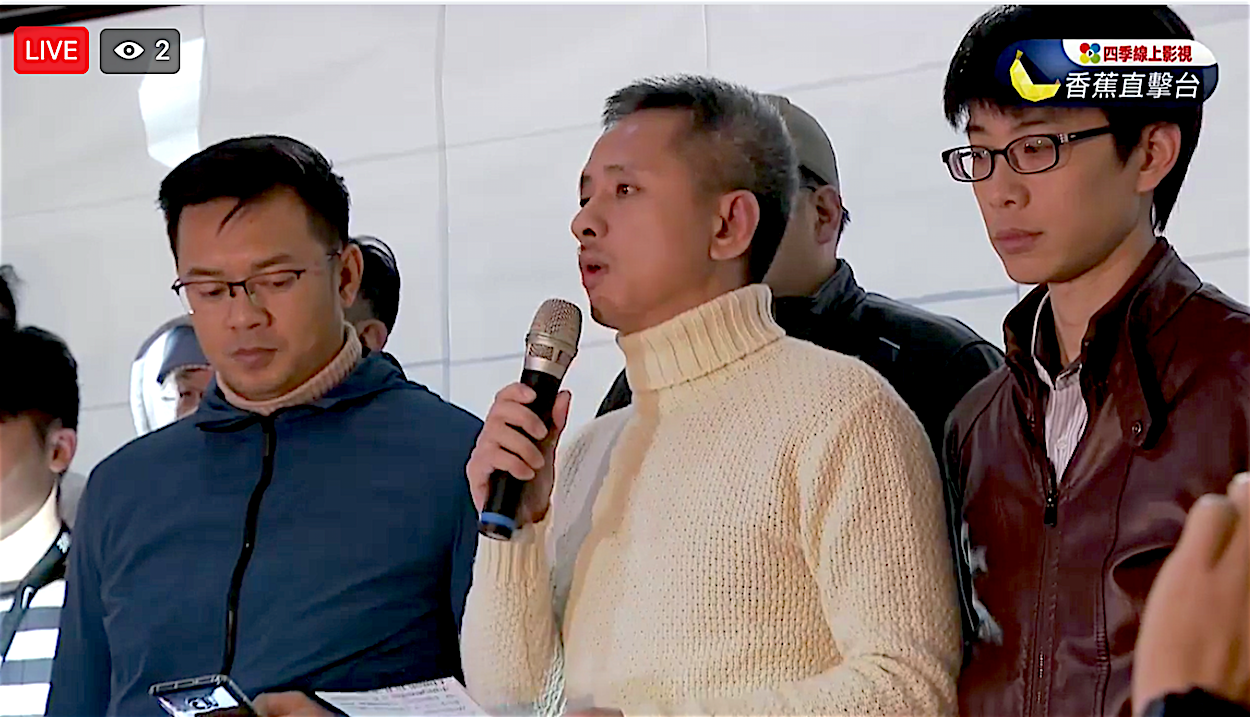 Yet such poor performance by Sun did not prevent those who were intent on recalling Huang from mobilizing en masse today. Ironically, despite comments inflating his own self-importance today in claiming that he was a “Great father doing a great thing” in voting to recall Huang, Sun’s own mother voted against recalling Huang today, illustrating perhaps that the differences between progressives and conservatives in Taiwan does not boil down in absolute terms to young people versus older people. However, again, results perhaps still point to outreach by youth activists can only go so far. Not all voters are swing voters able to be politically turned; some are simply too deeply ideologically set in place.

In the meantime, going forward, with Huang’s survival, the gauntlet has been thrown for a number of issues concerning the NPP and other Third Force parties. The NPP was able to survive a recall vote without support from the DPP, which made campaign promises during 2016 elections to legalize gay marriage but later backed down on the issue due to internal division with the party. This will dampen criticism against the NPP and other Third Force parties that their victory in 2016 legislative elections was only because of endorsement from the DPP, which did not run candidates in places where Third Force parties were running candidates.

Indeed, given that Huang is the leading figure of the NPP, some saw it as that Huang’s defeat would lead to the NPP as a whole to be seen as unsustainable, and Huang would have limited political options if recalled. Huang was generally thought to be eyeing a run for mayor of New Taipei City if recalled. Though such a run might have raised his profile, any possibility victory would have likely been an uphill struggle, and there were thought to be few other political possibilities available for Huang. 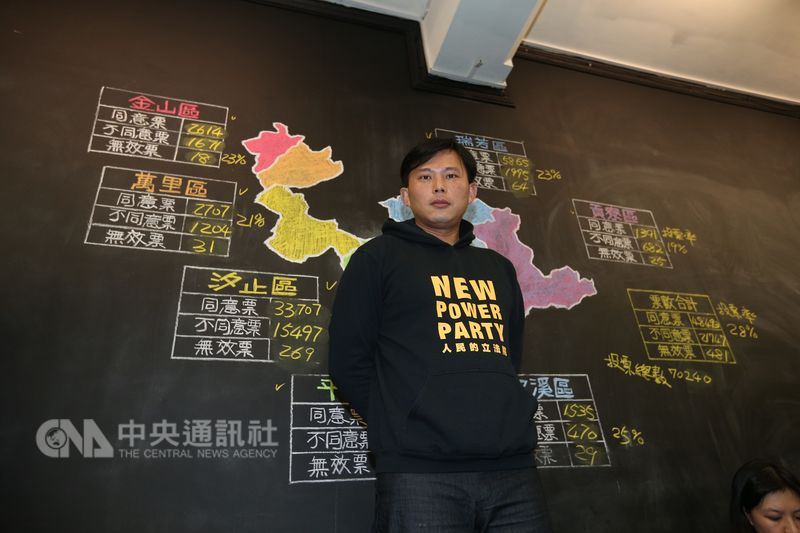 Yet, given the NPP’s current plans to run candidates in constituencies across Taiwan where it got better vote shares in 2016, rather than simply those places where it will not come into conflict with the DPP, this significantly raises the possibility of the NPP coming into conflict with the DPP in the future. Other Third Force parties will also benefit from the NPP’s survivability as well and following the recall vote, the NPP will be able to leverage on the DPP’s inaction as a way to more generally leverage against political hypocrisy on the DPP. This would be not only regarding marriage equality, but also the DPP’s current planned labor reforms and other issues which stand the possibility of not only enlarging fractures within the DPP and enraging the Taiwanese public writ large.

In the meantime, much will depend on how the NPP is able to spin the narrative of Huang’s survival, but if the NPP plays its cards right, even if less than ideal in terms of those that voted against Huang, it can still gain from Huang surviving his recall. Much will depend on what kind of narrative the party is able to assert in the immediate aftermath of the vote.