HONG KONG Chief Executive Carrie Lam has come under fire for her administration’s handling of Super Typhoon Mangkhut. Mangkhut, the world’s strongest storm in 2018 to date, battered Hong Kong this past weekend, injuring over 100 and causing damage to property and infrastructure in Hong Kong.

While urged ahead of time by rights groups to declare a day off and urged after the storm left Hong Kong to call for a day off for clean-up, Lam did not do so on Monday in spite of the widespread disruption to public transportation. Classes would be suspended for the day, but businesses remained open. Civil servants would be belatedly given the day off or allowed to come in late, though some complaints were that some departments were not informed of this leniency. 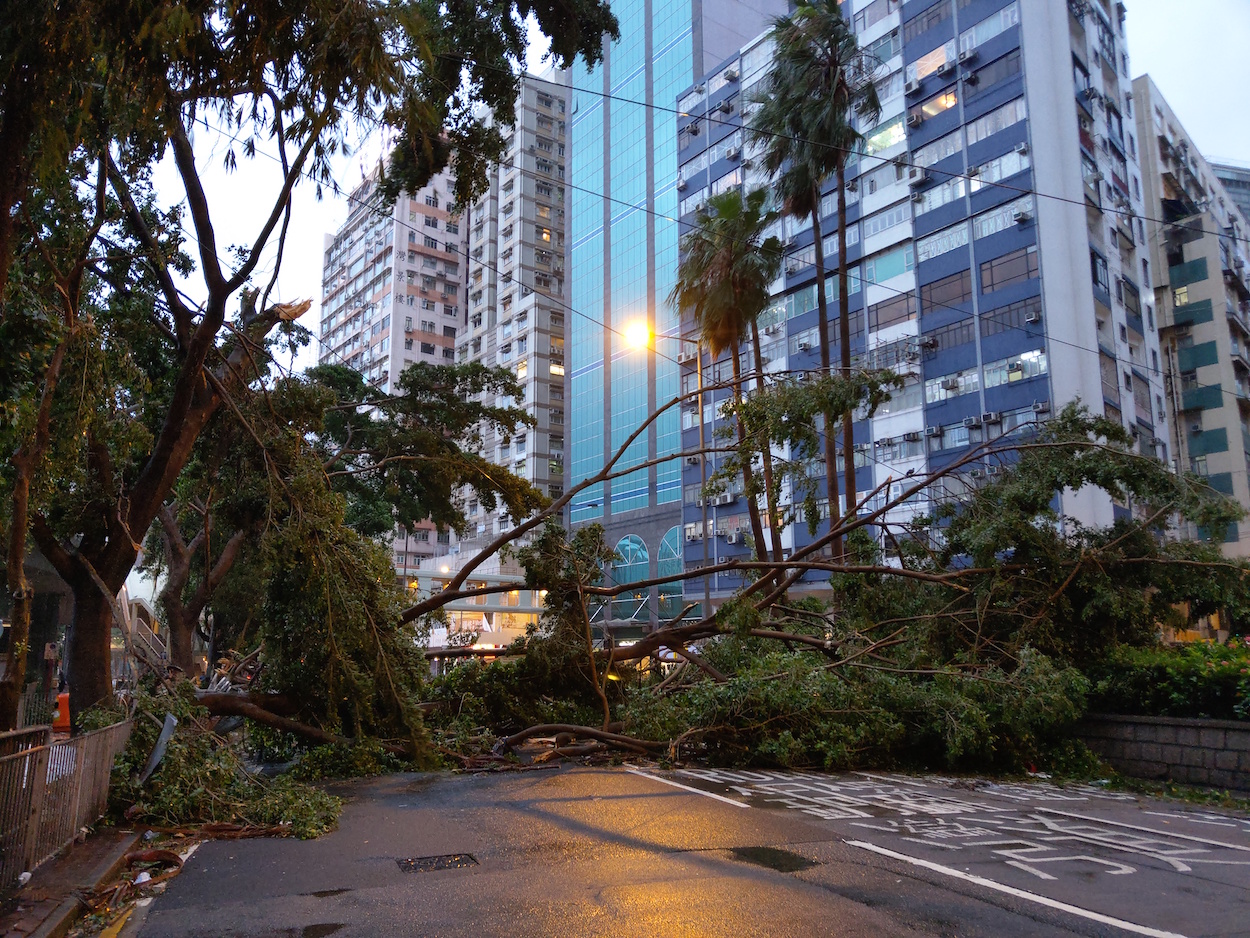 As such, many Hong Kong residents had to find ways to get to work in spite of debris and lack of transportation. Trains and buses proved infrequent, with some outages due to fallen trees, branches, rocks, and other debris disrupting power lines, roads, or tracks. Some parts of Hong Kong were also flooded.

Lam would stoke outrage with comments seen as tone deaf in nature, by claiming that Mangkhut had not severely affected Hong Kong. While Lam stated that she hoped that business owners would be lenient with their employees, Lam has been criticized by many members of the public, with the view that if the government would not take the lead in calling for a day off, or even with its treatment of its own employees, one could hardly expect businesses to follow. Social media would prove a means for dissatisfied citizens to express their frustrations, with over close to 22,000 out of 23,000 reactions to a Facebook post by Lam about the typhoon being the “Angry” emoticon and the hashtag #ThanksCarrie on Twitter.

Some members of the Hong Kong government, unsurprisingly, justified the Hong Kong government’s actions on the basis of economic cost, this including members of the pan-Democratic camp. Hong Kong Executive Council member. Ronny Tong of the Civic Party, for example, would make the statement “In a free, capitalist society, even the chief executive has no power to order a day off work, and no power to bear the burden of the economic loss if society stops running for a day”.

Nevertheless, the Lam government is criticized by many as having prioritized money over public safety with its actions. Likewise, Carrie Lam has added to her reputation of being an elite bureaucrat disconnected from the Hong Kong public, something observed in numerous past incidents.

Whether pan-Democrat or pro-Beijing, there is the temptation for some Hong Kong politician to justify the measures taken by the Lam government on the basis of economic necessity. But if the Hong Kong government continues to be perceived as valuing money over the people’s welfare, one generally suspects that this could stir up resistance to the Beijing-controlled Hong Kong government in the future.

Rising living costs in Hong Kong and unaffordable housing was a contributor to political discontents in the years before the outbreak of the Umbrella Movement in the future. If the Hong Kong government is perceived as poor in its handling of natural disasters such as typhoons or other events, even while this may not directly pertain to issues of Hong Kong autonomy, this will contribute to dissatisfaction against the government.

After all, when deprived of political participation, authoritarian governments face the need to maintain their legitimacy on the basis of effective rule. With democratic freedoms eroding fast under Lam’s tenure, with the long-term imprisonment of youth activists, banning of unapproved election candidates, and invalidation of the democratically elected candidates, the technocratic Lam government has little else to cling to as a basis for legitimacy except if it is able to manage Hong Jong effectively.

It may not be surprising, then, that post-Umbrella Movement youth parties such as Joshua Wong’s Demosisto have engaged in highly public acts of disaster relief, with an eye for gaining attention through this. The idea would be to demonstrate that Wong, Demosisto, and other youth activists have the concerns of the public at heart in a way that Lam does not, and that, far from being distant elites, they are willing to participate in ground-level disaster relief efforts themselves. However, it remains to be seen whether such actions will prove undermining of the Lam administration and allow youth activists to expand their base among the Hong Kong public.