Sentences for Demosisto Trio Handed Down by Hong Kong Government

HONG KONG ACTIVISTS Joshua Wong, Agnes Chow, and Ivan Lam were sentenced to jail today, receiving sentences of thirteen-and-a-half months, ten months, and seven months in jail respectively. The sentencing is likely to receive a great deal of international attention, as well as to cause a significant amount of blowback against the Hong Kong government, seeing as Wong and Chow are among the most visible figures of Hong Kong’s pro-democracy movement.

Wong, Chow, and Lam were sentenced on charges related to a protest last June against police brutality that took place outside of the headquarters of the Hong Kong Police Force. Charges faced by the trio ranged from charges of organizing the protest to simply shouting slogans at the demonstration. The three have been jailed since pleading guilty to the charges in late November. 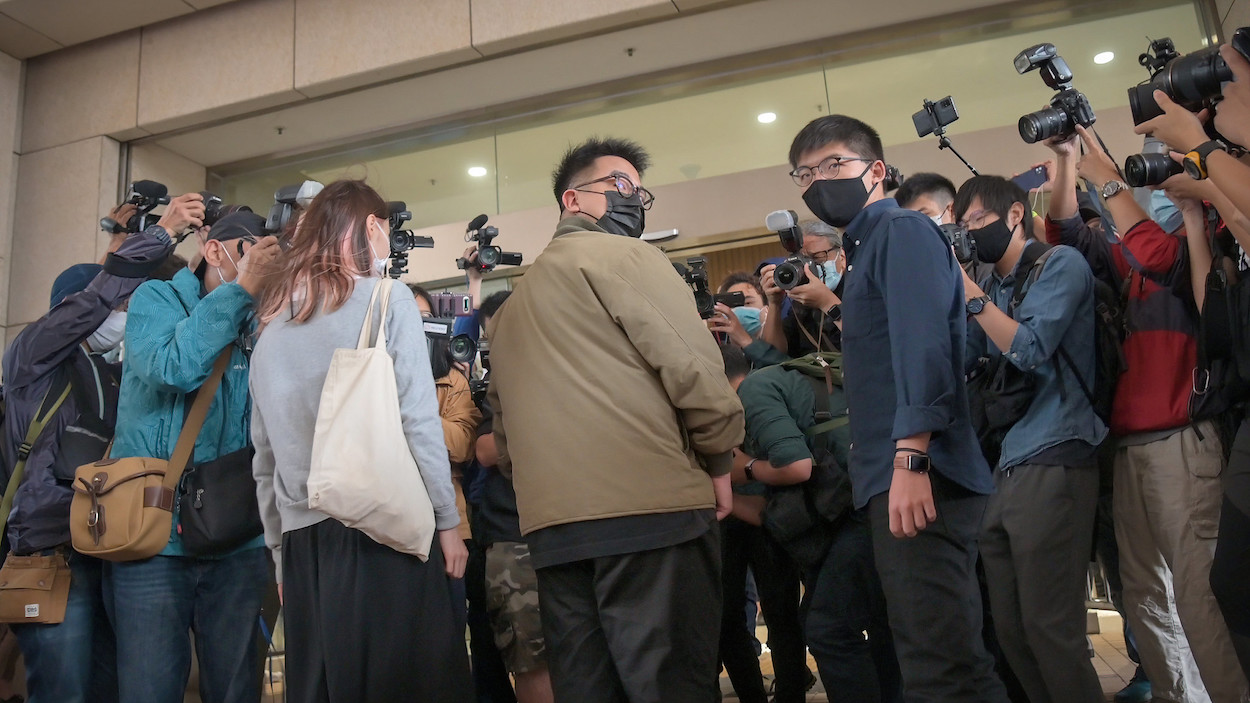 Wong, Chow, and Lam are 24, 23, and 26 years old. The three were former members of the now-disbanded Demosisto, a youth-oriented political party formed after the 2014 Umbrella Movement by the trio and other Hong Kong youth activists, as the reorganized form of Scholarism. Scholarism was originally formed by secondary school students as a means of protesting efforts by the Hong Kong government to promote “patriotic education” in Hong Kong’s education system in the years prior to 2014, as a means of instilling a Chinese sense of national identity in young Hongkongers. The group played a key role in the 2014 Umbrella Movement.

By contrast, Demosisto has not had a leading role in the protests that have taken place in Hong Kong for over a year. But Demosisto’s leaders have sought to use their international recognizability to draw attention to the protest movement as a whole, particularly regarding focus on Wong in western media, or Chow’s widespread following in Japan due to her fluent Japanese skills. However, Demosisto disbanded in June, anticipating being targeted by a national security law passed by China’s National People’s Congress in a manner that circumvented the autonomy of the Hong Kong Legislative Council.

Wong has been imprisoned before, serving a little over two months in jail in 2018 over charges related to the dismantling of an Umbrella Movement occupation encampment and 69 days in jail on charges of unlawful assembly. Other charges faced by Wong could increase his jail time, such as charges related to participation in a demonstration in October last year, and participation in a rally commemorating the anniversary of the Tiananmen Square Massacre in June. 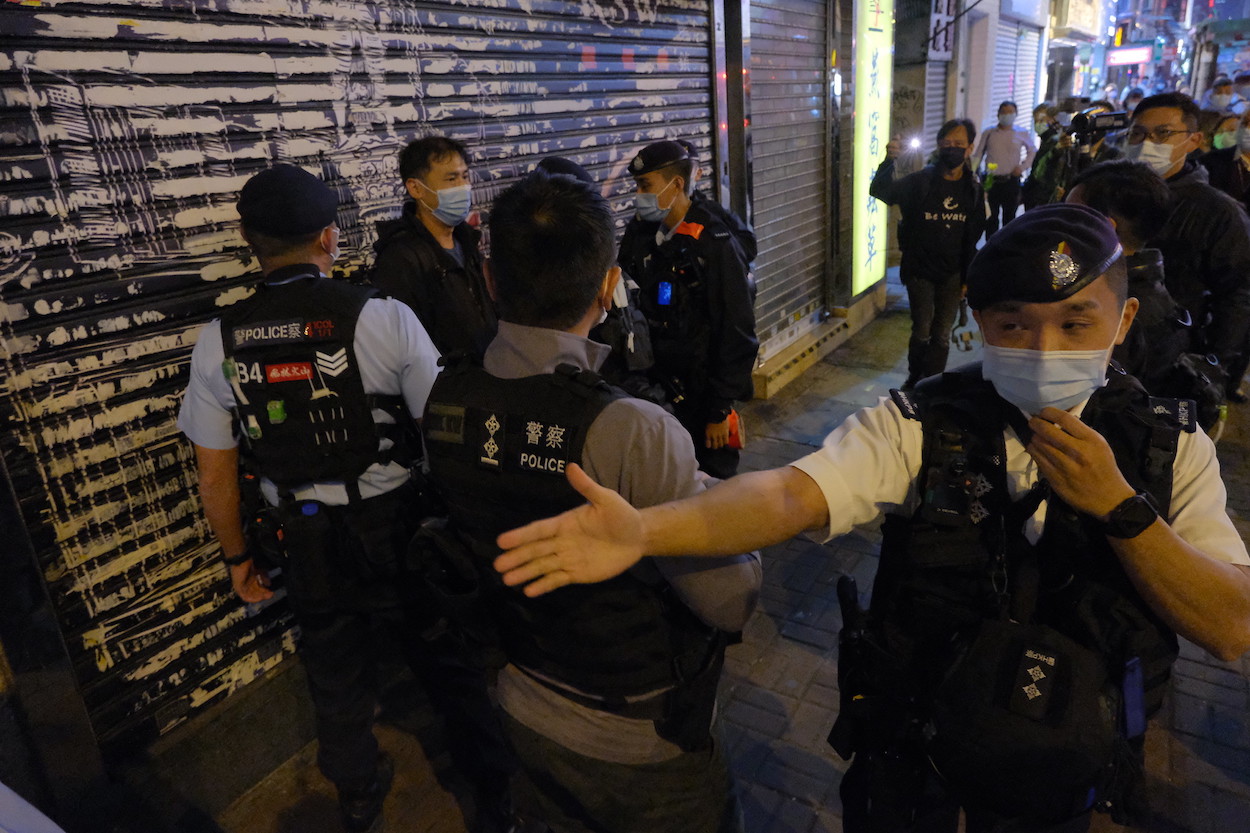 Wong has stated that he expects the national security law, which could carry charges up to life in jail, to eventually be used against him. After all, as very possibly Hong Kong’s internationally best known dissident, it seems unlikely that the national security law would not be used against him eventually. The same could apply to Chow and Lam as well. The consequences of sentencing Wong, Chow, and Lam, then, have consequences for protesters more broadly in Hong Kong.

It is possible that the three may be mistreated in jail. Even before the formal sentencing, Wong was put in solitary confinement for three days, with police claiming that this was because X-rays showed that Wong had swallowed an unknown object. Wong also stated that he had difficulty sleeping because lights were not turned off in the jail cell. Indeed, Wong has cited abuse by police before during past jail stints, including being interrogated by police while forced to kneel naked.

Other former key leaders of Demosisto remain abroad. Former legislator Nathan Law, for example, fled Hong Kong after passage of the national security law. Jeffrey Ngo, another key member of Demosisto, is primarily US-based, but would likely be targeted if he returned to Hong Kong.

That being said, the international reputation of the trio may also protect them from heavier sentences, and international focus on their sentencing sometimes covers up arrests of other activists. For example, this morning, Hong Kong Baptist University student union president Keith Fong was taken into custody on charges of obstructing justice and weapon possession. 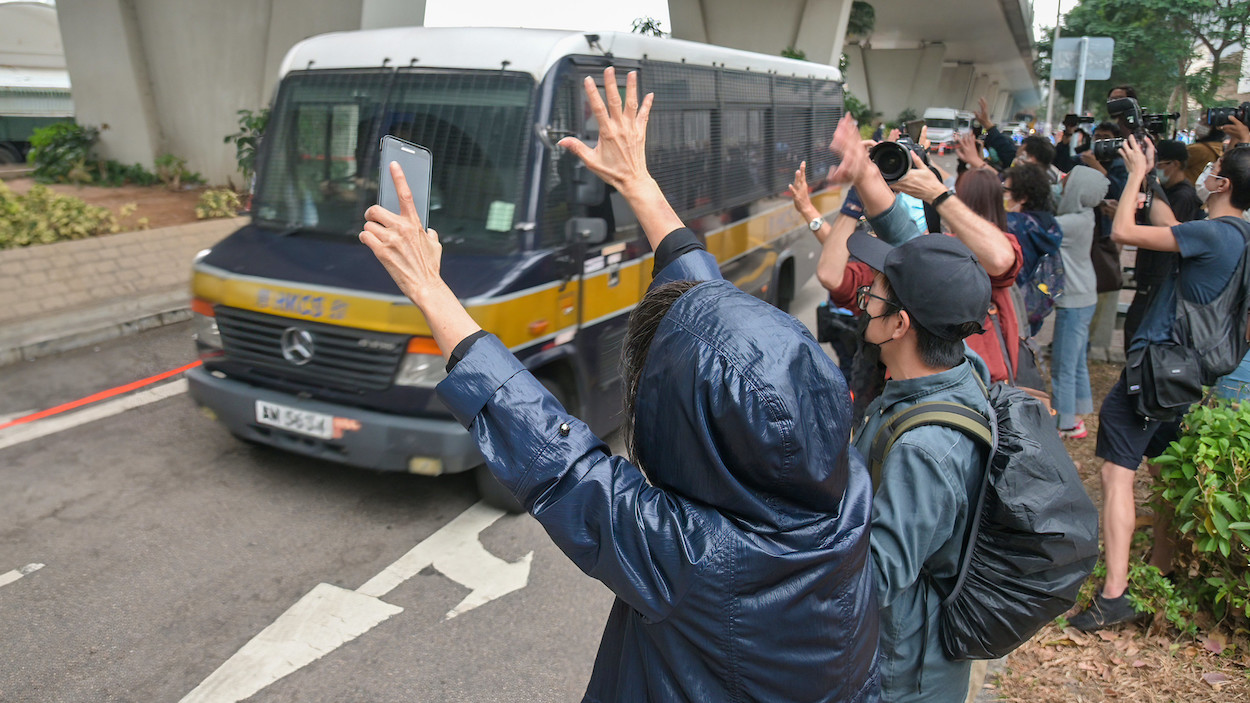 Before the sentencing of the Demosisto trio, Hong Kong saw a wave of political arrests. In early and mid-November, pro-democracy legislators were arrested due to acts of protests within the legislature. Two district councilors were arrested on charges of inappropriately using election funds or disorderly public conduct later in the month. An online radio DJ, Wan Yiu-sing, better known as Giggs, was arrested on charges of raising funds to assist Hong Kong protesters who had fled to Taiwan. Furthermore, a journalist for Hong Kong public broadcaster RTHK, Bao Choy, was arrested under charges of making false public statements because of searching through a publicly accessible database while researching for a story. More broadly, one expects continued arrests to take place in Hong Kong.