KMT CHAIR Johnny Chiang rejected suggestions that the party was considering changing its name last week, with signs of a growing internal split in the KMT. Chiang was asked about the issue after the party passed a resolution to seek to reestablish formal diplomatic ties between the ROC and the US. The resolution surprised, because of the KMT’s historical advocacy of unification between Taiwan and China.

While Chiang was originally elected as party chair in March, he promised to reform the party, to win back support from young people, and to change the party’s pro-China image, Chiang’s efforts to conduct internal reform seemed to run out of steam after an attempt by the KMT to occupy the Legislative Yuan to block Chen Chu’s appointment as head of the Control Yuan, also pointing to the fact that Chiang no longer seemed able to control the KMT’s legislative caucus. 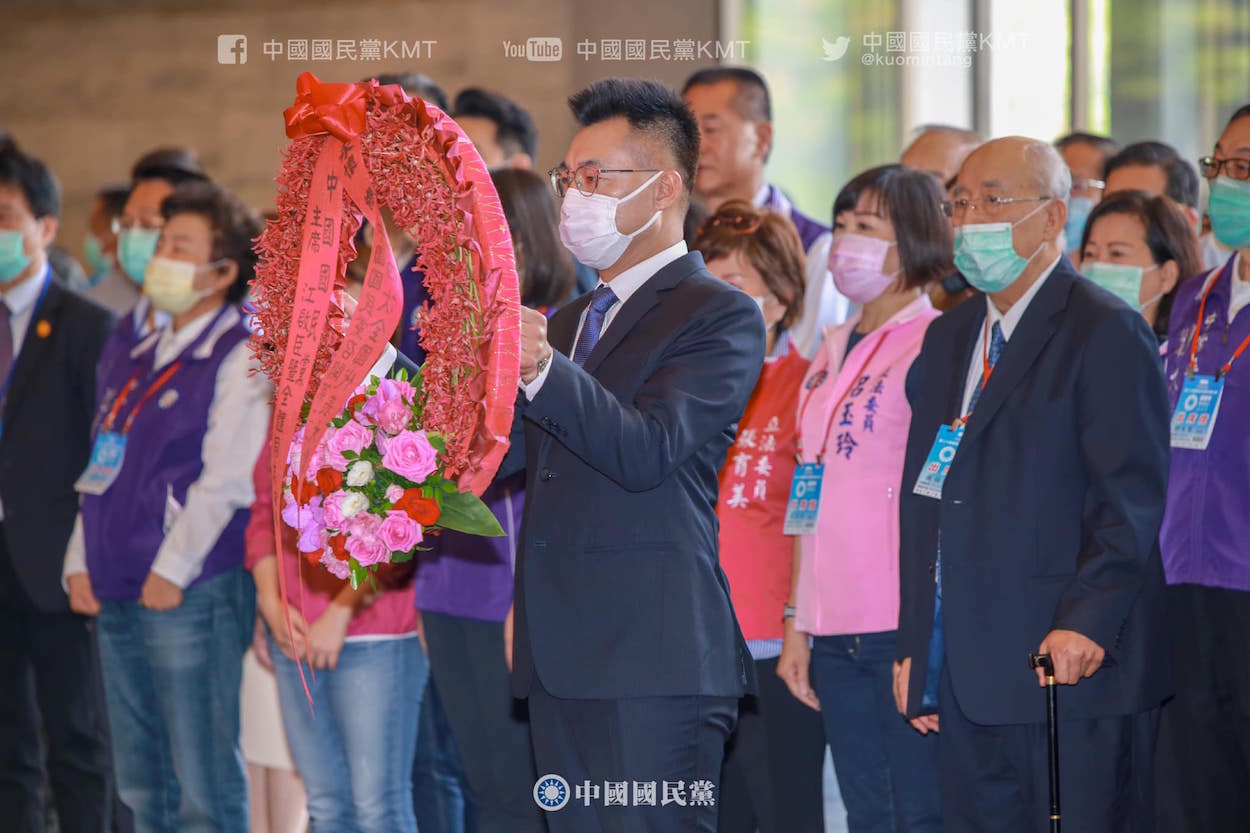 But the resolution to reestablish ties with the US seemed like it was very likely an initiative of Chiang’s, making it all the more surprising that Chiang had managed to get the KMT’s legislative caucus to sign onto the resolution. Although the resolution was also unanimously passed by the DPP caucus, since the proposal was passed, the KMT has sought to attack the DPP using the resolution as though the DPP had opposed the resolution—when, in fact, the historically pro-American DPP would be more likely to pass such a proposal than the KMT.

Yet no less than former president Ma Ying-jeou was among those to challenge Chiang, Ma stating that he did not believe that the KMT would “identify” with the proposal. Ma has come to play unusually strong in the KMT as of late, despite being a former party chair and former president.

At the same time, it should also be clear that the KMT’s internal consensus seems opposed to reform at present. Although Chiang initially suggested that he might seek to drop the KMT’s historic advocacy of the 1992 Consensus early on in his tenure as chair, after this met resistance within the party, he dropped the idea. During the KMT’s National Congress in September, the KMT reaffirmed its commitment to the 1992 Consensus, and adopted fidelity to the ROC as its core party value.

That being said, the KMT has proven highly unwilling to tolerate efforts by the Tsai administration to change the connotations of ROC symbolism, something that is historically anathema to the DPP. KMT politicians have in the past, for example, have lashed out at the Tsai administration’s references to the “ROC (Taiwan)” by claiming that the “ROC (Taiwan)” is not the same as the ROC.

In past years, the KMT has sought to accuse the Tsai administration of seeking to push for “cultural Taiwanese independence” through acts of “desinicization”—removing symbols of the ROC in order to subtly push for Taiwanese independence. Such accusations have taken place recently with regard to a proposed redesign of the Taiwanese passport, the title that Taiwan’s recently appointed representative to the US uses, and the name of overseas government offices. As such, it is not surprising that there would be backlash within the party regarding any proposition to rename the party at present, with the view that this would be to betray the historical legacy of the party. 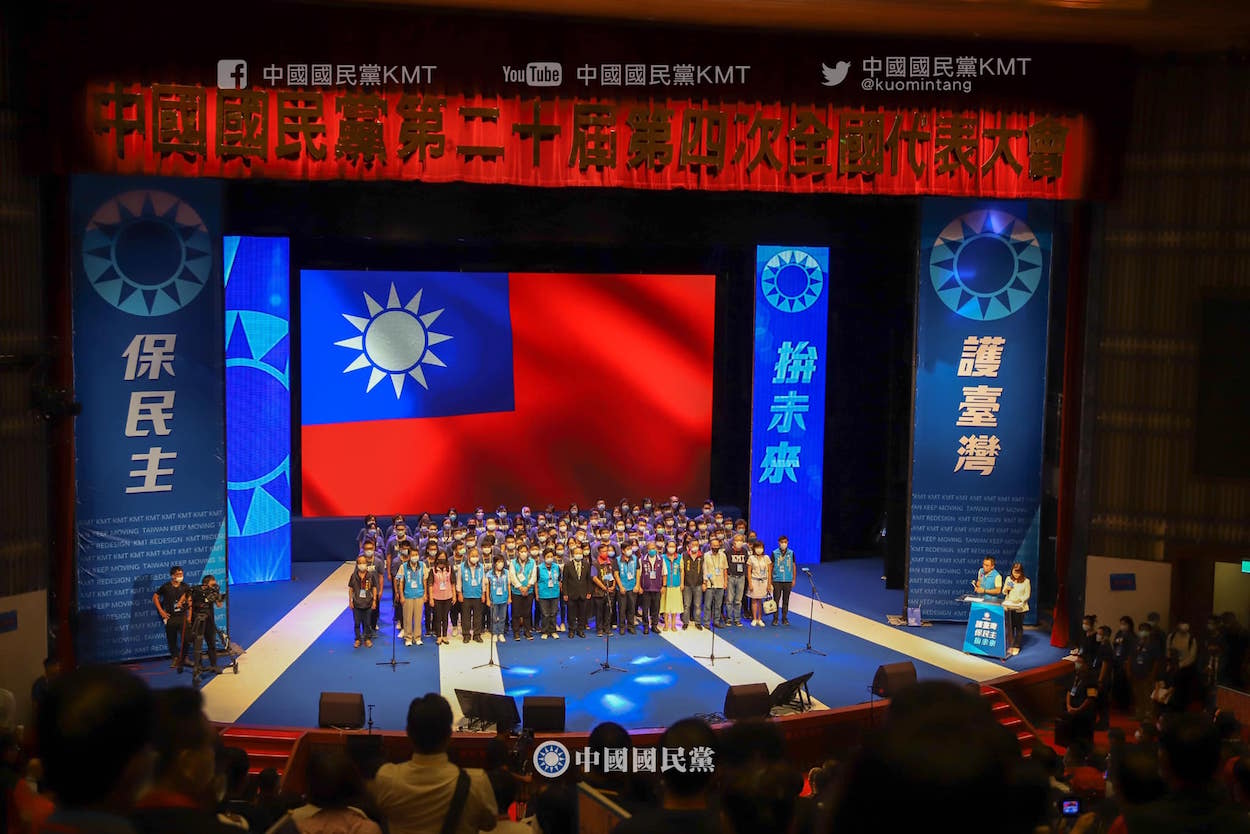 However, there are strong indications that internal splits within the KMT currently revolve around precisely the issue of history at present. In particular, it appears as though party elders have sought to attack Chiang by claiming he and other younger politicians within the KMT do not sufficiently value the KMT’s party history.

Upcoming celebrations for Retrocession Day, marking the day that Taiwan came under control of the KMT during the end of the Japanese colonial period, seem to be one example of this. The KMT has sought to organize an academic conference and other events to counter what it sees as the DPP’s promotion of a nostalgic view of the Japanese colonial period, as pushed for by party traditionalists such as Lien Chan.

Chiang, then, will probably be pushed into making a show of his adherence to the same view of history as other members of the KMT. But with regards to this, the KMT seems to be doing itself few favors. It is indeed the case that elements of the pan-Green camp have romanticized the Japanese colonial period, but it is hardly the case that the Tsai administration has any real interest in promoting such views among Taiwanese young people. Efforts by the KMT to win over Taiwanese young people are still unlikely to gain ground then, considering how the party continues to fail to understand the key issues that have alienated it from Taiwanese young people.