THE KMT SURPRISED yesterday by proposing two resolutions that passed unanimously in the Legislative Yuan, in a rare show of bipartisanship in Taiwanese electoral politics.

The first resolution called for the ROC government to try and persuade the US to assist Taiwan to defend itself against threats from China on the basis of the Taiwan Relations Act as well as more recent legislation passed in support of Taiwan, such as the TAIPEI Act, Taiwan Travel Act, and proposed Taiwan Assurance Act, with specified threats from China including military threats, diplomatic threats, and economic threats. The second resolution, which is more surprising, called for the ROC government to aim for the reestablishment of formal diplomatic ties with the US.

A big shout out to @DPPonline for supporting our #resolutions in the #LegislativeYuan and helping us pass them unanimously!

In another unusual move, the KMT immediately trumpeted the passage of the two resolutions shortly after they passed on the party’s English-language Twitter account, thanking the DPP for backing its proposals and allowing them to both pass unanimously. The KMT clearly had its eye on appealing to the international world after the passage of the resolutions. This seems to have its intended effect, with many international observers—primarily China experts—touting the passage of the proposal as representing a sea change in Taiwanese politics.

One generally suspects that the resolutions are an initiative of current KMT chair Johnny Chiang. Chiang was elected chair of the party in March, promising to reform the KMT in such a manner as to win back young people and change the party’s pro-China image.

Shortly before the resolutions passed, Chiang became the first KMT chair to give a keynote speech at the 2020 US-Taiwan Defense Industry Conference, which took place this year by video conference. During his speech, Chiang emphasized the need to modernize the ROC military to achieve “peace through strength”, building up military capacity so that China will “cautiously weigh the consequences of employing military force so that it will be less likely to recklessly initiate war.” In calling for a military buildup, Chiang was likely also hoping to appeal to traditional ROC militarism in the KMT. To this extent, Chiang claimed that both Taiwan-US relations and cross-Strait relations could be “mutually inclusive” during the speech.

Indeed, with the proposals, the KMT likely still has its eyes on electioneering, as means of trying to undercut upgraded ties between the US and Taiwan under the Tsai administration, reflected in recent diplomatic visits to Taiwan by United States Secretary of Health and Human Services Alex Azar and Under Secretary for Economic Growth, Energy, and the Environment Keith Krach. Having initially proposed jettisoning the 1992 Consensus when he took the party chair, but then having had to abandon the idea in the face of resistance within the KMT, Chiang is still likely hoping to push for changes within the party.

I was excited to be the first @kuomintang chairman to give a keynote speech at the 2020 US-Taiwan Defense Industry Conference webinar at midnight Taipei time. Let’s attend the meeting in person together next year.

The KMT may also have its eyes on trying to create strategic splits in the pan-Green camp. While tweets from its English-language Twitter account, has framed the two resolutions as an act of bipartisanship, the KMT has also framed the proposals as an attack on the Tsai administration’s foreign policy. Namely, the passage of the proposal to pursue formal diplomatic recognition from the US comes after Minister of Foreign Affairs Joseph Wu recently stated in an interview with American public broadcaster NPR that Taiwan would not be pursuing formal diplomatic recognition from the US. Consequently, the KMT has framed the proposal as an attack on such comments by Wu. That being said, ministers of the Tsai cabinet and premier of the Executive Yuan, Su Tseng-chang, were present when the resolutions passed, with Su praising the KMT for, “Having finally found its conscience.”

That being said, Chiang has likely staked a great deal of political capital on the two resolutions. Chiang’s reform efforts early in his tenure as chair eventually petered out, with Chiang taking a harder line against the DPP after pressure from within the KMT. The KMT’s brief, abortive occupation of the Legislative Yuan in June to protest Chen Chu’s appointment as head of the Control Yuan was an indication that Chiang was unable to restrain KMT legislators who sought to take a more directly antagonistic stance with the DPP and Chiang has probably had to make concessions to KMT legislators to secure their consensus on the resolutions.

At the KMT’s national congress last month, at Chiang’s suggestion, the KMT adopted fidelity to the ROC as its core party value. Many members of the pan-Blue camp—particularly deep Blue ideologues—view the Tsai administration as bent on denigrating the institutions of the ROC in order to realize a gradualist push toward Taiwanese independence. As such, it may not be surprising that the KMT has framed the two resolutions as meant in defense of the ROC, in resurrecting long-standing historic ties between the US and the ROC.

At the same time, one expects that the two resolutions will eventually see blowback from such deep Blue members of the KMT. Deep Blue members of the KMT have firmly committed to the view that Taiwan can only have a future through closer ties with China that will eventually lead to political reunification. Deep Blue members of the KMT will see closer ties with the US as, in fact, a destabilizing factor that will inevitably be provocative of China, and their negative view of the US has likely been reinforced by the COVID-19 pandemic. Given the ongoing COVID-19 pandemic, they are likely to point to how the pandemic got out of control in America as a sign of the instability of the US as a world power, whereas the pandemic was eventually brought under control in China, despite being its origin of the coronavirus. 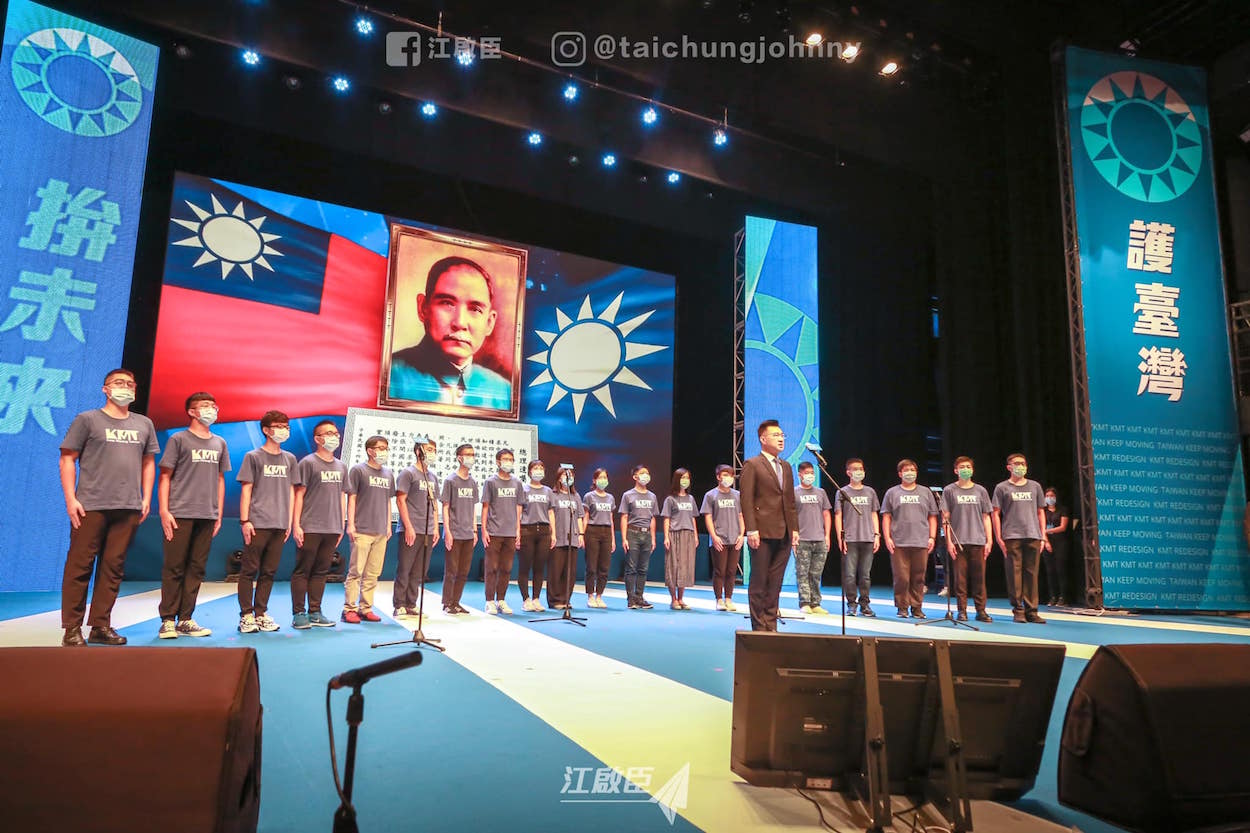 In this sense, one expects there eventually to be resistance to the idea of closer ties with the US—inclusive of diplomatic recognition—from some quarters of the KMT. In light of how Chiang’s past efforts at party reform eventually stalled because of resistance from party traditionalists, one suspects that this also could be the case with these two proposals—and if so, this would probably be the last gasp of any efforts at reform by Chiang.

Chiang is likely to increasingly be a lame duck as his tenure as KMT chair nears its end. As Chiang won a by-election for KMT party chair in March, his term will only last for one year. As a result, he is likely to be challenged by party traditionalists if he runs again—with possible contenders including former Kaohsiung mayor and former KMT presidential candidate Han Kuo-yu and former president Ma Ying-jeou.