OVER 250 individuals gathered on a sunny afternoon in Taipei today to call for the release of detained human rights advocate Lee Ming-Che after a show trial held for Lee in China last week. A human rights NGO workers and former DPP staffer, Lee has been detained in China since March 19th. Today would be the 182nd day of his detention.

It remains unknown as to why China arrested Lee, a community college teacher and a former DPP staffer. At present, after a show trial which took place last week, Lee confessed to “subverting state power” and attempting to encourage “multiparty rule” in China. China did not initially admit to detaining Lee, nor did it immediately state under what charges Lee had been detained. It is thought by some that Lee may have been caught in the dragnet of recent Chinese attempts to crack down on foreign NGOs operating in China, that Lee may have been targeted because he was a former DPP staffer as a means to intimidate the DPP, or that Lee simply crossed the line because of lectures and discussions regarding Taiwan’s history of democratization that he regularly had with Chinese friends. 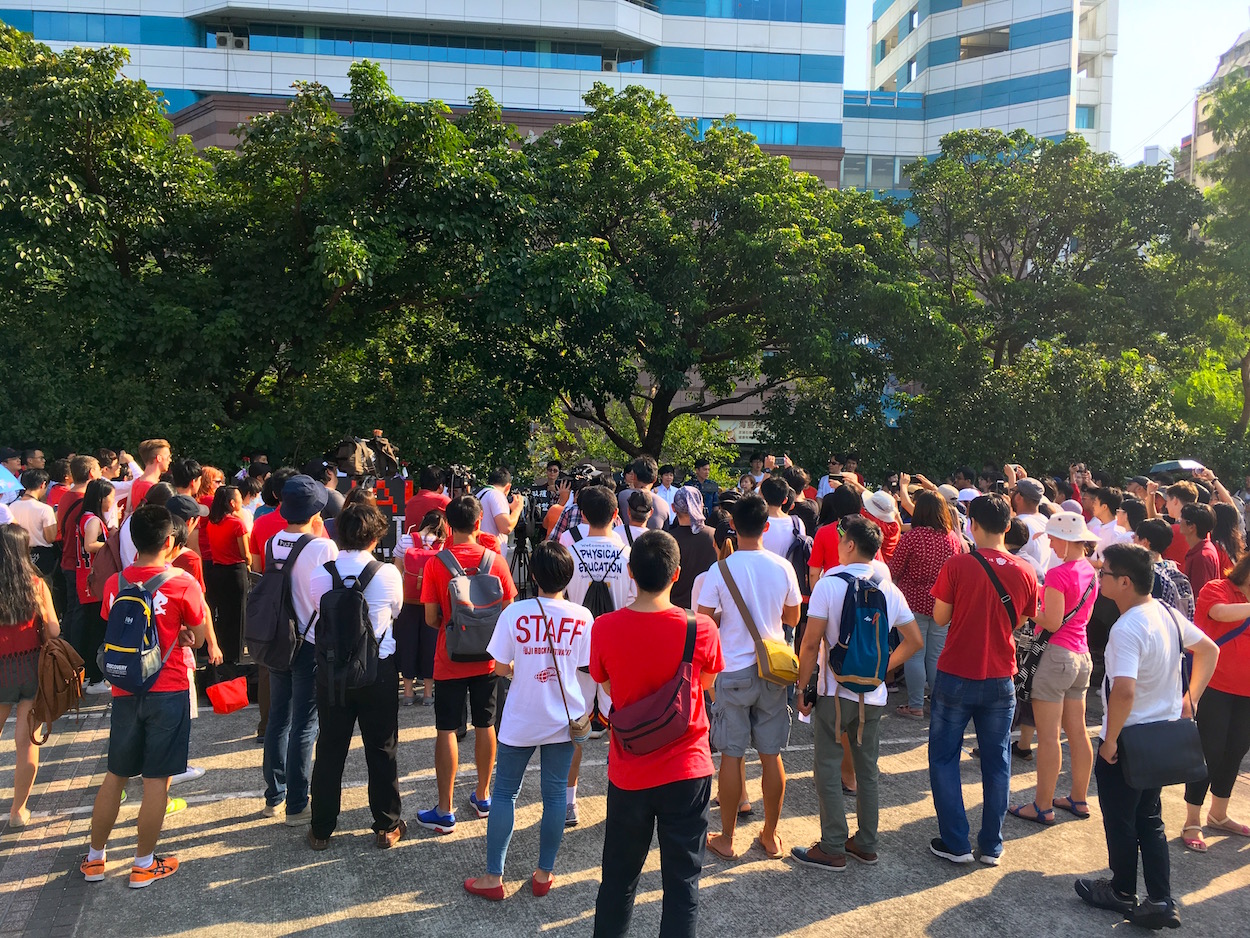 Some otherwise suspect that the timing of Lee’s detention coincided with around the one year anniversary of Tsai Ing-Wen’s inauguration or as retribution for the detaining of a Chinese student in Taiwan as a spy around the same time period. Nevertheless, the view in Taiwan is that Lee’s detention is illegitimate, as another sign of Chinese authoritarianism and suppression of political dissidence within its borders, as also seen with the recent death of Nobel Peace Prize Laureate Liu Xiaobo while in Chinese detention.

Participant groups today included noted youth activists such as Aman Wu, Miao Poya, and members of human rights NGOs that have been active in calling for Lee’s release such as Chiu Eeling and Huang Yibee. Chiu and Huang attended a session of the UN Working Group Group for Enforced or Involuntary Disappearances last week in order to draw attention to Lee’s detention, successfully entering the UN Office at Geneva despite fears that, as has occurred in the past, they would be denied entrance because of their Taiwanese passports. Members of the Social Democratic Party and other civil society groups were also in attendance. 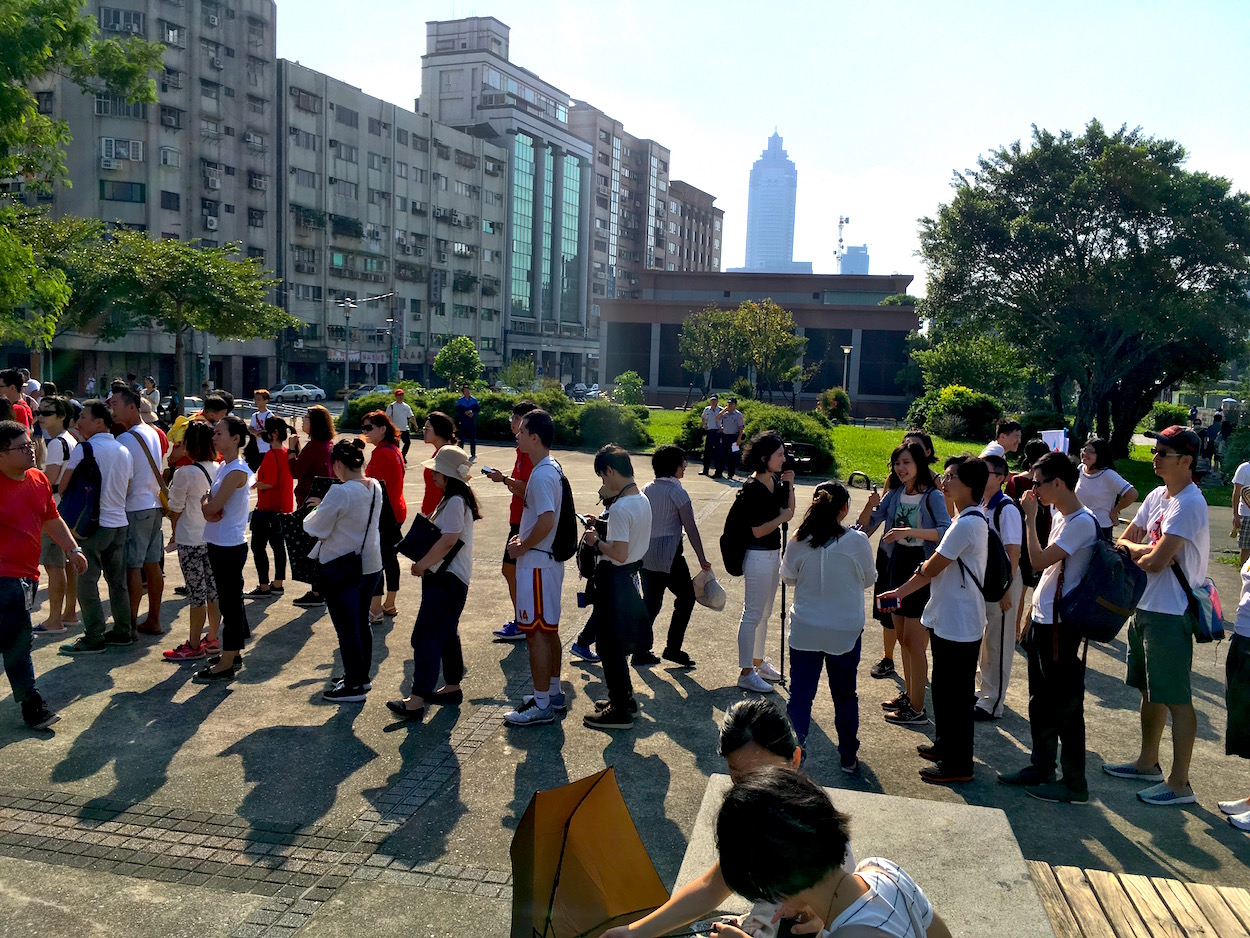 Speakers called attention to broader issues regarding the human rights situation in China as raised by Lee’s detention, as well as the implications that Lee’s detention will have going forward for relations between Taiwan and China. As was raised by many speakers, Lee’s detention illustrates that democracy in China seems farther away then ever, and this proves a threat to the many Taiwanese living and working today in China. As such, speakers called on Taiwanese to stand up for Lee, seeing as harm to one is harm to all, and it would be a failure for Taiwan’s democratic values if Taiwanese do not stand up for Lee. Speakers also criticized the DPP for failing to take a firm stance in demanding Lee’s release, instead taking a low-key approach to the matter for fear of worsening cross-strait relations.

Participants numbered approximately 250 in number and were asked to dress in red or white beforehand. Following speeches, participants lined up in small groups to form the words, “China! Free Lee”. Although this was not the first demonstration which had been held in past months to call attention to Lee’s disappearance, this was no doubt the largest, due to past issues in spreading word of the event and poor weather conditions. 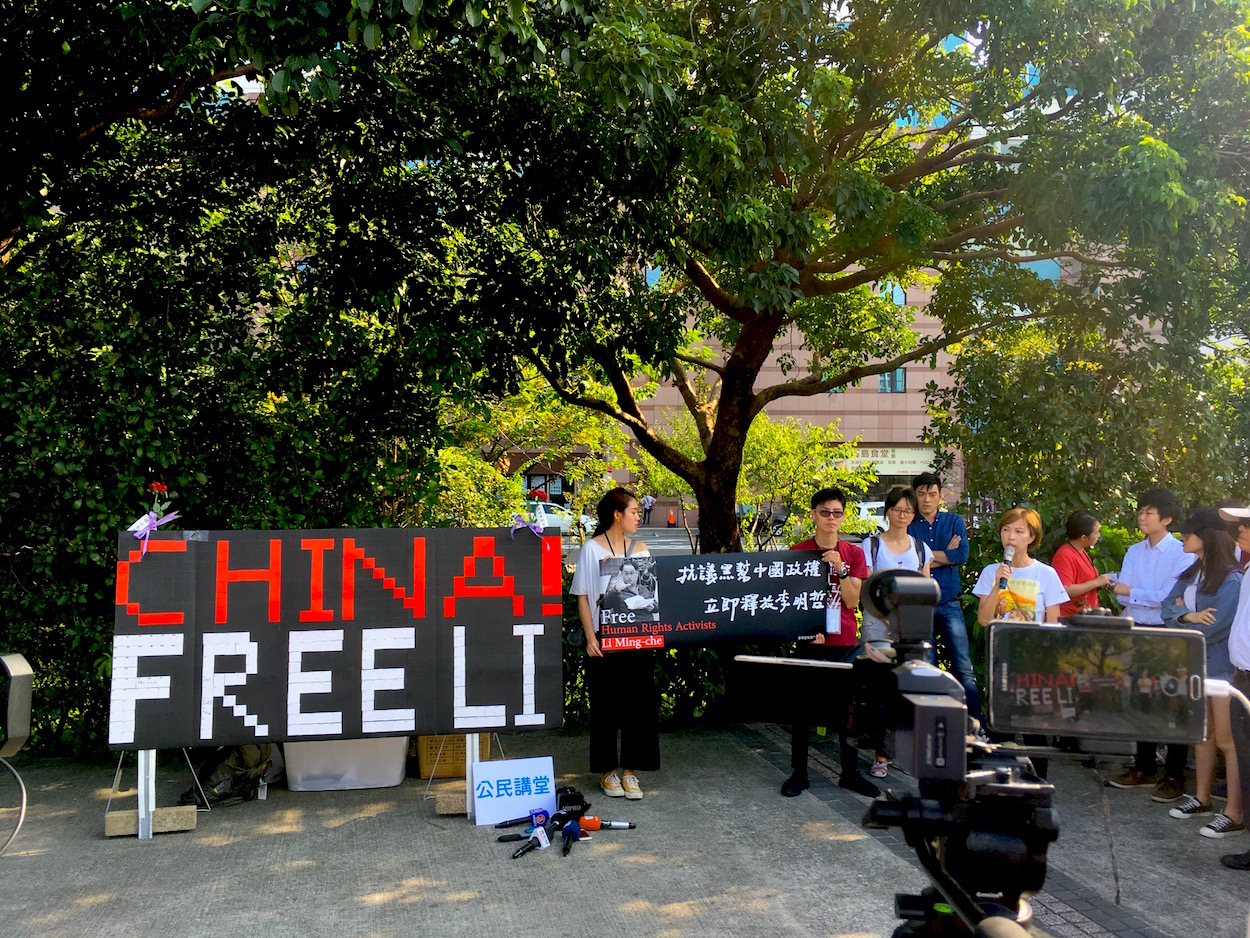 However, going forward, it remains a question as to what are the next steps which can be taken to secure Lee’s release. China has taken a harsh line on the issue of Lee Ming-Che’s detention as observed, for example, in Lee Ming-Che’s wife, Lee Ching-Yu, initially being denied visitation rights to bring medicine to her husband by China, despite that this should be within the rights accorded to prisoners in China, and attempts by China to use under the table deals to prevent her from continuing to raise awareness of Lee’s detention, promising Lee’s release if she were to give up on attempts to travel to China to advocate for her husband’s release and suggesting that they would extract a confession of guilt from Lee that would be aired on television if she persisted in such attempts. Lee Ching-Yu has accused the KMT of acting as the intermediaries of the CCP in this, seeing as such deals are suspected to have been arranged by Alex Tsai of the KMT. Disgracefully, members of the KMT such as Chiu Yi have struck back embracing accusations from Chinese media aimed at defaming Lee Ching-Yu by alleging that she is currently having an affair with members of her legal representation team.

Nevertheless, many Taiwanese youth activists and members of civil society fear that not enough of Taiwanese society is paying attention to the case at present, viewing the matter as one which may be widely discussed among themselves, but not among Taiwanese writ large. This is reflected in lower than expected mobilization during past rallies calling for Lee’s release. Likewise, efforts by Taiwanese civil society have not yet been successfully in attracting international support to the issue, despite joint efforts with Hong Kong youth activists in the past. Major international powers which could leverage on China, such as the United States, seem notably disinterested in human rights issues at present. 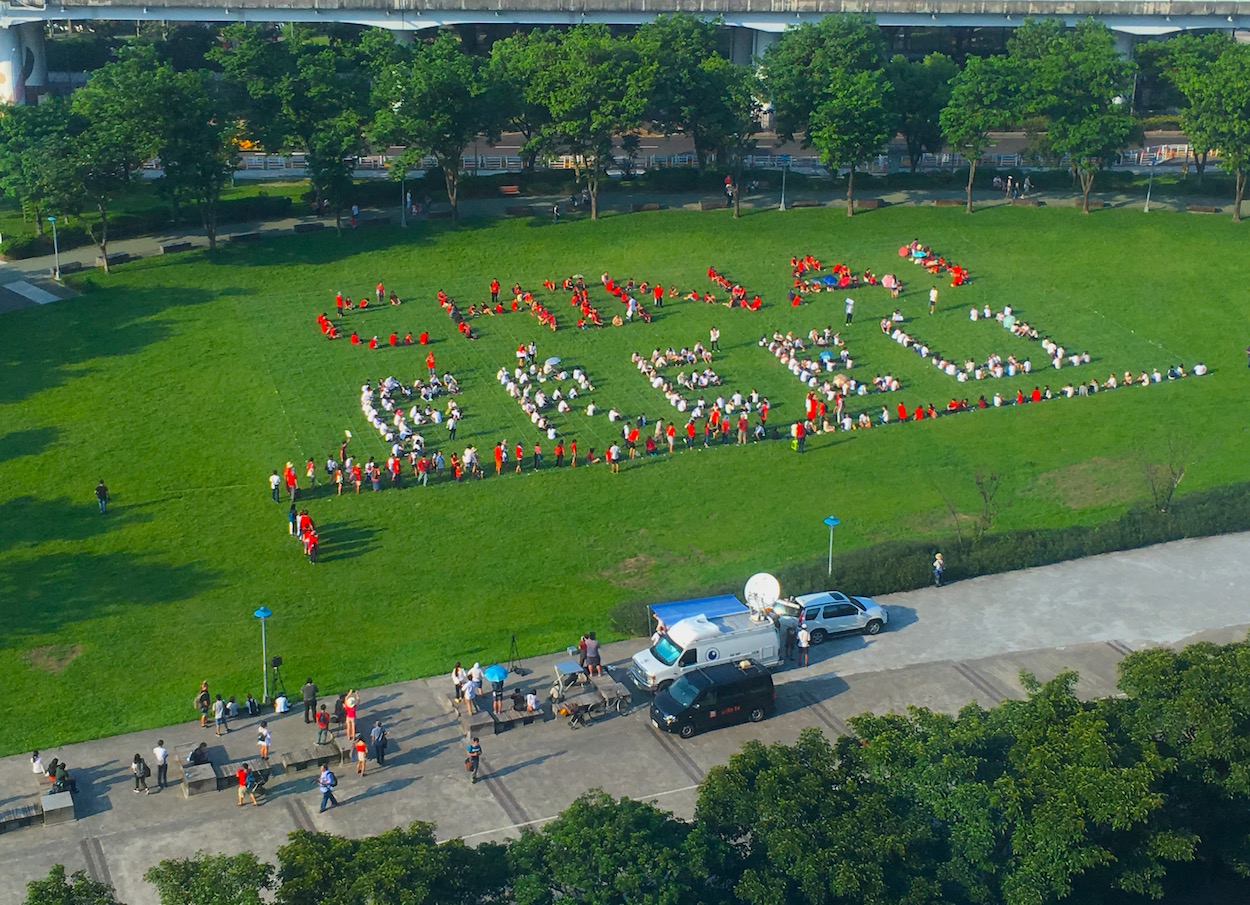 And so the path to securing the freedom of Lee Ming-Che may be a long one. It will take continued action in the future to make that happen, which not only manages to mobilize Taiwanese society writ large, but attract the attention of the international community.