Will The DPP Remove The Taiwanese Independence Clause From Its Charter?

What would the effects of removing the independence clause from the DPP party charter be, then? Removing the Taiwanese independence clause from the DPP would add to the critiques that the DPP is becoming something resembling the KMT, having seen criticism for having failed to sufficiently distinguish itself from the preceding Ma administration in regards to key issues as signing free trade agreements with China and nuclear energy. The Tsai administration has also continued the policies of the Ma administration with some of its official appointments, particularly in the Ministry of Foreign Affairs and Judicial Yuan. 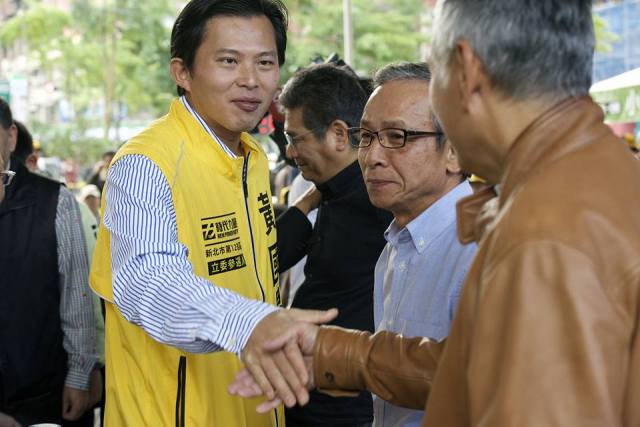 Thus, this might cause Tsai alienating sections of her support base. In an extreme case, such individuals may leave the party altogether and jump onboard with another party—probably the NPP, which is currently the second largest opposition party. With recent moves at expansion, the NPP may have been preparing itself to take onboard any possible exodus from the DPP. But even if the NPP has succeeded in capturing the public attention as a fresh, new pro-Taiwan party, the challenge of the party is that it only currently has five seats out of the 113 seat Legislative Yuan.

It was previously rumored that Wang would be taking on leadership of the Mainland Affairs Committee under the Tsai administration, something which would have almost certainly led to his expulsion from the KMT, though it would not be his first expulsion. Reform-minded elements of the KMT which have been expelled under current chairwoman Hung Hsiu-Chu’s hardening of the party line, such as former spokesman Yang Wei-chung, had in the past actually also been courted by the DPP before entering the KMT and remain quite close to elements of the DPP. But the Taiwanese independence clause of the DPP party charter has certainly been a barrier for such individuals becoming part of the DPP which that its removal may remove.

Thus, although rather speculative to prognosticate, the dropping of the Taiwanese independence clause from the DPP party charter could lead to a seismic shift in Taiwanese politics, shaking up the traditional divisions between pan-Green and pan-Blue camp as dominated by the DPP and KMT respectively. But why would Tsai possibly aim to drop the independence clause of the DPP party charter? And what is the likelihood of this happening?

Notably, where cross-straits policy with China is concerned, Tsai has taken on a policy of strategic ambiguity. In her inauguration speech, Tsai did not speak of the “1992 Consensus,” but of the “historical facts of the 1992 meeting.” China’s reaction was first to respond in puzzlement as to this pseudo-acknowledgement of the 1992 Consensus, seeing as in the past the DPP has historically never acknowledged the 1992 Consensus as anything except a post-facto fiction created by Su Chi, KMT politician and former Minister of the Mainland Affairs Council. Later on, when it became clear that Tsai’s intent was not in fact to acknowledge the 1992 Consensus, China hardened its the line and began to launch vehement condemnations of Tsai.

Tsai’s intent in this ambiguity regarding the 1992 Consensus was likely to come off as more flexible than China. In compromising through a pseudo-acknowledgement of the 1992 Consensus—if still not a full acknowledgement—Taiwan comes off as the more flexible party than China. China’s refusal to accept anything other than full acknowledge of the 1992 Consensus, then, appears to the international community as China’s hardline refusal to compromise, despite the olive branch offered by the Tsai administration. Tsai was also likely anxious to avoid being perceived as a diehard pro-independence warmonger, as her predecessor as DPP president of Taiwan, Chen Shui-Bian, was perceived internationally as his term had gone on.

It must be noted that the 1992 Consensus is also a key issue for independent voters and light Blue voters, who vote based on which choice they see as able to avoid provoking China and preserving Taiwan’s state of de facto independence from China. If Tsai alienates her pan-Green support base, she can always make this up by attracting independent voters and light Blue voters—who can in fact potentially be won away from the KMT, as proven by the successful electoral strategy of the NPP to run in traditionally Blue electoral districts. Light Blue voters can, in fact, be drawn into the pan-Green camp, it usually being that when an electoral district transitions from pan-Blue to pan-Green, it tends to stay that way.

In a recent interview with the Washington Post, Tsai would later more solidly deny acknowledging the 1992 Consensus, leading to another barrage of condemnations from China. But after her inauguration, questioning as to what Tsai’s stance on the 1992 Consensus would be had already largely passed, allowing Tsai to more unambiguously refuse to accept it. However, Tsai seems to be a policymaker who founds her decision-making on what she sees as pragmatic, practical concerns of any given moment, making it possible that on the issue of the independence clause of the DPP as connected to responses by the Taiwanese public to her acknowledgement/non-acknowledgement of the 1992 Consensus, Tsai may make another shift in position. This characteristic of Tsai’s decision-making is in part what leads to accusations against Tsai of too rapidly compromising on positions, or bending on issues like a reed in the wind. However, there is also the very strong possibility that short-termism on the part of Tsai will lead to an inability for her administration to achieve long-term goals down the line.

As such, this does raise the very real possibility that Tsai will allow for the removal of the Taiwanese independence clause from the DPP party charter if there is not strong enough resistance to this. As with the broader question of Taiwanese independence and maintaining the status quo, however, it is to be questioned whether Taiwan’s state of de facto independence from China can forever last without steps taken to permanently ensure Taiwan’s existing independence and to rectify Taiwan’s diplomatic isolation in the world.

Accordingly, it may be that the present proves a crucial hinge point as to the future direction of Taiwanese politics. It may be ultimately more beneficial to Taiwanese democracy if another pro-Taiwan party emerges, to become a viable opposition to the DPP, and further marginalize the KMT from mainstream politics, as would likely happen if the NPP does in fact become powerful enough to form a political opposition to the DPP.

But at the same time, with backsliding from the independence clause of its party charter, there is also the possibility that the no such political opposition will be able to arise, and the DPP will simply become increasingly conservative, even regarding crucial issues of Taiwanese sovereignty, through the entrance of former KMT political forces into it. And if the resurgence or reform of the KMT still seems unlikely, given the self-inflicted crisis the KMT is currently going through—as the specter of is increasingly raised—an increasingly conservative DPP may indeed not prove so different from the KMT. We will see going forward as to whether this happens.