TODAY WAS THE first day of live-fire drills conducted by the People’s Liberation Army in maritime areas around Taiwan. The drills are as close as 20 kilometers to metropolises such as Kaohsiung, Taiwan’s major southern port city, and are nine kilometers away from the island of Little Liuqiu. Another zone was added by the Maritime and Port Bureau for ships to avoid during the drilling, which is to last until Sunday, bringing the number of such zones to 7.

The drills were announced in response to the recent visit of US House Speaker Nancy Pelosi to Taiwan. The Chinese government announced the drills shortly after Pelosi touched down in Taipei.

In particular, corners of the areas where the drills are to take place extend into Taiwan’s sovereign territorial waters. The drills also take place closer to Taiwan than live-fire exercises conducted by China during the Third Taiwan Straits Crisis.

PLA has launched multiple DF ballistic #missiles at our NE and SW waters since 13:56. #ROCArmedForces have monitored the situation with various means, while our defense systems have been activated. We condemn such irrational action that has jeopardized regional peace. pic.twitter.com/9JAFVBJIUO

Tweet on the missile firing by the Ministry of National Defense

As such, there has been some chatter in international discourse as to whether present events constitute a Fourth Taiwan Straits Crisis. Nevertheless, the mood in Taipei remains calm, and tourists continue to visit Kaohsiung, not so far from where the drills are occurring.

Indeed, Taiwan has experienced decades of Chinese military threats. Though the live-fire drills are a significant form of escalation, they are not completely unprecedented. While there were reports of fewer tourists at Little Liuqiu due to the drills, there were also reports that some tourists were, in fact, there to watch the drill.

China fired eleven missiles of the Dongfeng series today, which took place around 1:56 PM. By 3 PM, the PLA’s Eastern Theater Command released video of the missile launch, claiming that PLA objectives had been met.

Other videos and images circulating online allege to show the drill but have not been confirmed, with some Chinese netizens questioning the safety of missile launches on beaches with nearby tourists. Taiwan’s Ministry of Foreign Affairs denounced the drills, comparing China’s actions to North Korea.

Missiles launched from Pingtan into the area where China was drilling was likely simulating a launch directed at Taipei. It is generally anticipated that China would not try a move as provocative as launching missiles over Taiwan, however.

Some questioned why the test firings apparently ended so early, though China’s announcement was ambiguous about what activity it ended to cease and for how long. It is, in fact, possible that the Chinese military did not intend to escalate too much on the first day of drilling. That being said, experts have warned that China’s actions may have been aimed at training for a future invasion of Taiwan, much as China’s air incursions into Taiwan’s Air Defense Identification Zone occur at such frequency sometimes that they also serve the purpose of training, rather than just as a military threat.

The US has hung back. Although the US deployed four warships southeast of Taiwan during Pelosi’s visit and the aircraft carrier USS Ronald Reagan remained southeast of Taiwan, US forces did not approach before the drill. This is likely in order to avoid provoking China into escalation. Ten Apache helicopters were reportedly moved by the ROC military to Hengchun airport, though the Tsai administration claims this is routine. 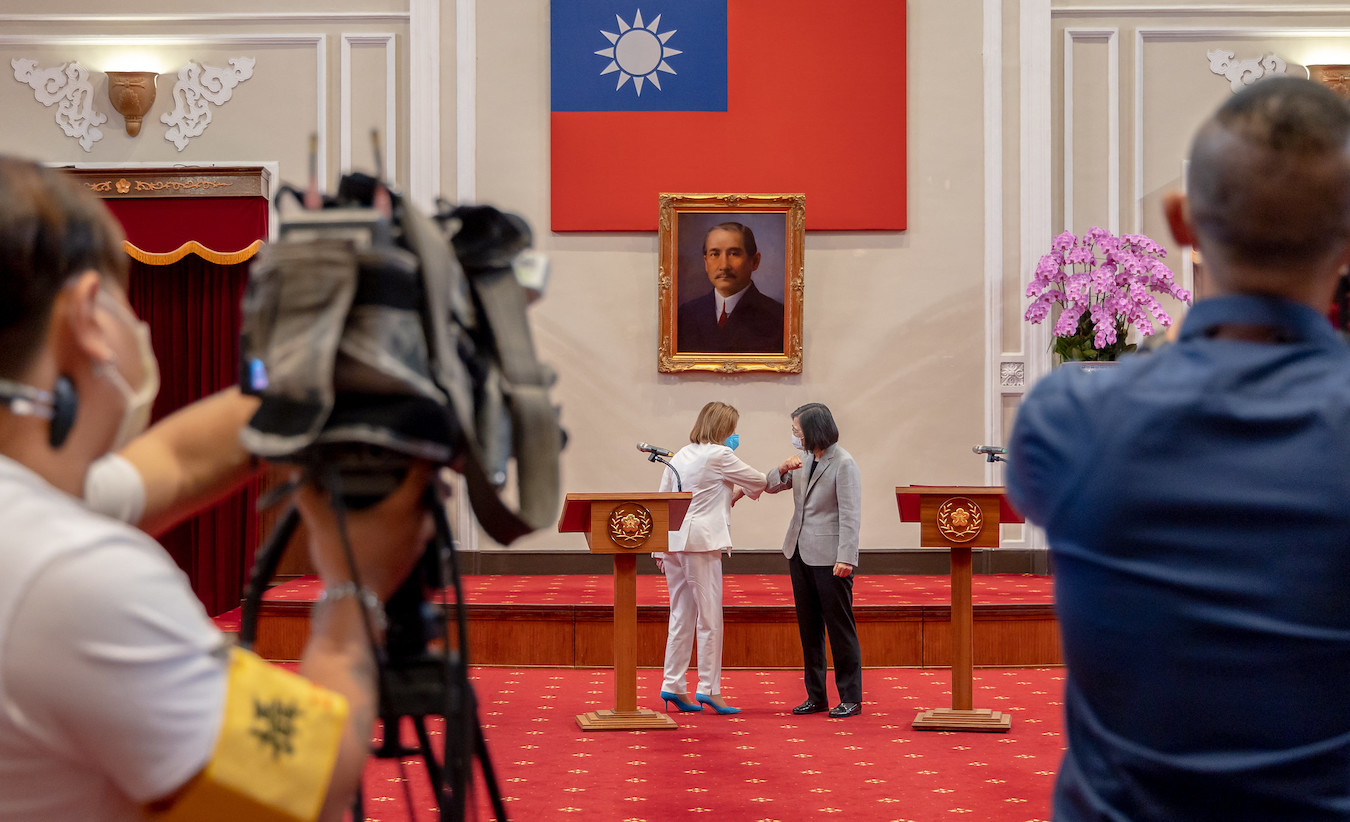 A surprise was South Korea canceling some flights to Taiwan presumably because of the drills, at a time that Pelosi was visiting South Korea. Otherwise, reactions in Taiwan were rather muted. The Mainland Affairs Council has denied disinformation claiming that the Chinese government had begun evacuating Chinese nationals from Taiwan.

The Taiwanese Ministry of National Defense claims that China’s actions amount to a blockade. It is to be seen if this is the case, though China has also suggested that it is blockading Taiwan. For her part, Taiwanese president Tsai Ing-wen stated that military threats are not needed and that she is open to dialogue, prompted anger from Taipei mayor Ko Wen-je over that his city-based cross-straits dialogues between Taipei and Shanghai were criticized in the past–as part of such exchanges, Ko regularly reiterates the view that both sides of the Taiwan Straits are one family with a common destiny.

China is, of course, not mounting an invasion of Taiwan anytime soon. Preparations for an invasion, such as troops massing on the coasts of China, would be able to be detected by satellite.

Around 7:45 PM, the Japanese Ministry of National Defense stated that five of the missiles fired by China fell into Japan’s exclusive economic zone. This raises the potential for Japan to be drawn into the present circumstances. It is to be questioned what China itself as having to gain from