IT HAS BEEN just over a year since that Sunday in June of 2019 that two million people took to the streets of Hong Kong to protest a proposed extradition bill. One of the factors fueling the ongoing tensions in Hong Kong is that the former British colony had been under no obligation to repatriate fugitives—a designation that includes those accused of political and religious crimes—to the People’s Republic of China (PRC) under the “One Country, Two Systems” model imposed following the handover in 1997. The Joint Declaration, signed by Beijing and London, states clearly that the territory shall enjoy civic freedoms and autonomy for fifty years. It also guarantees that “socialist system and policies shall not be practiced in the Hong Kong Special Administrative Region, and the previous capitalist system and way of life shall remain unchanged for fifty years.”

Since the more hardline Xi Jinping took the reins in Beijing in 2012, the PRC changed its approach toward its rule over Hong Kong. This started with the introduction of moral and national education as part of school curriculum reform which met with strong opposition. In 2014, a series of sit-in street protests, often called “the Umbrella Revolution” or “Umbrella Movement”, occurred in opposition to a move by the Standing Committee of the National People’s Congress to change how Hong Kong’s leaders are elected. 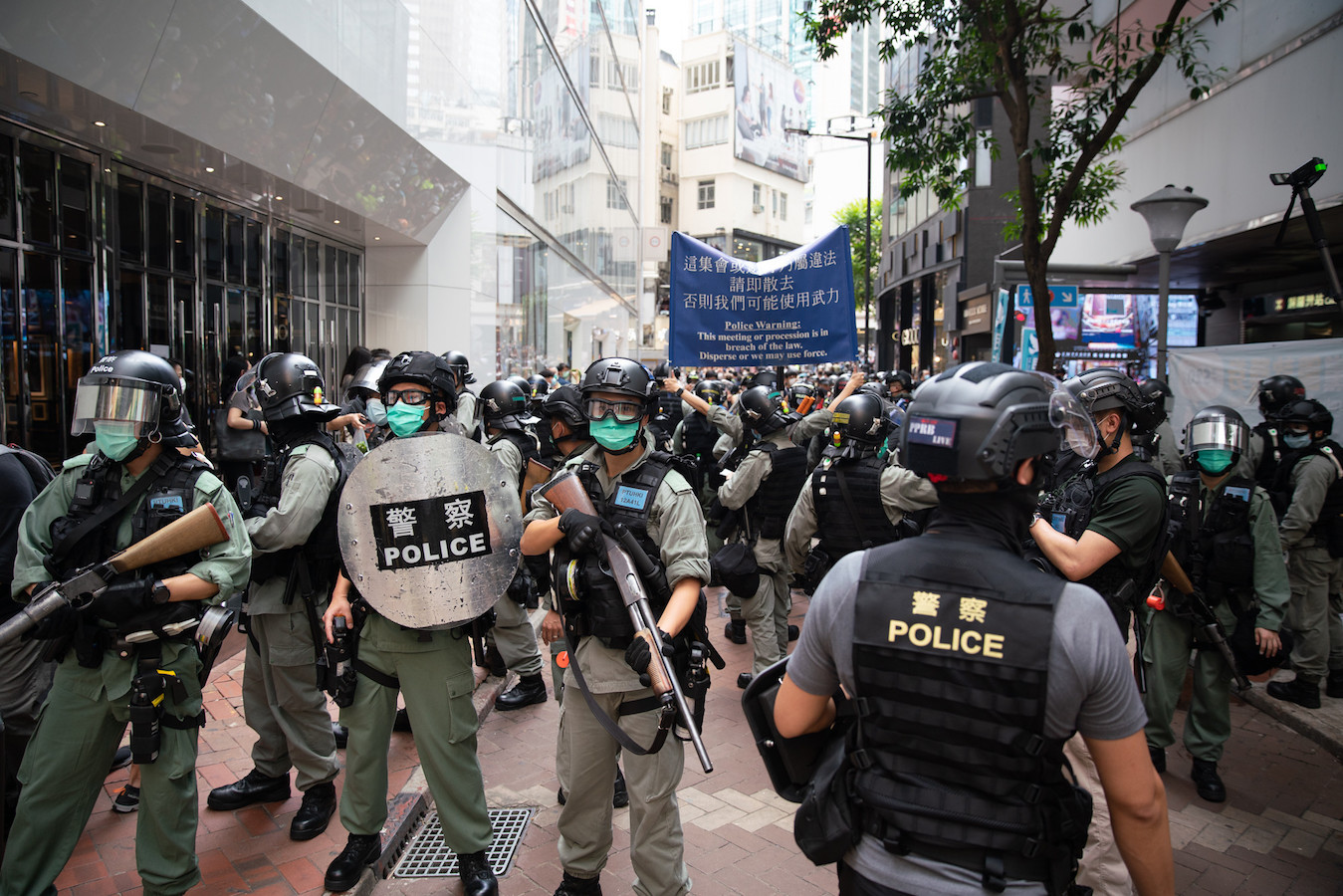 Over the last year, a relationship marked by mistrust has developed between the general public and the government—particularly the police. This is the result of a considerable number of “unsuspected deaths”, evidence of abuse of power by the police force, and most importantly, a failure of the government to communicate effectively with the general public. Failed attempts to integrate Hong Kong into the national framework of the PRC have only strengthened Beijing’s belief that national integration can only happen under strong, even repressive, government measures. It is this kind of thinking that led to the introduction of the National Security Law.

Hong Kongers were divided in their response to the National Security Law. Pro-China communities, especially those with business ties on the mainland, generally see the law as an important milestone toward restoring the stability and prosperity of Hong Kong. To those that hoped the PRC would keep its promise to permit fifty years of democracy and freedoms, the law raised concerns and fears of political persecution. Many are pessimistic about the economic future of Hong Kong, and there is a widespread feeling of helplessness, and of being placed in a difficult position in the midst of the current US-China trade war.

The implementation of the National Security Law by Beijing has, in effect, pushed through this bill without Hong Kong legislative oversight. It has systematically and unilaterally ended the Joint Declaration and, in doing so, China has essentially broken International Law.

The results of the new rules imposed by Beijing were immediate: By the end of the first day, no fewer than 180 protesters were arrested. China confirmed that, under the stipulations of the new law, many could be extradited to stand trial in China.

Since the new law makes secessionist, subversive or terrorist activities illegal in Hong Kong, as well as outlaws foreign intervention in the internal affairs of what was once hailed as one of the world’s precious few truly “global cities”, Hong Kong has slipped into a period of white terror.

To borrow a phrase from Hannah Arendt, terror thus is not a means to an end, but rather an end in itself. How the National Security Law is implemented will dictate whether the PRC imposes a totalitarian system upon the people of Hong Kong. If Hong Kong’s existence as a polity is disintegrated via the pursuit of raw political power while neglecting utilitarian considerations, it will be nigh on impossible to predict what the future holds for Hong Kong, echoing the models of totalitarianism enunciated by Arendt. 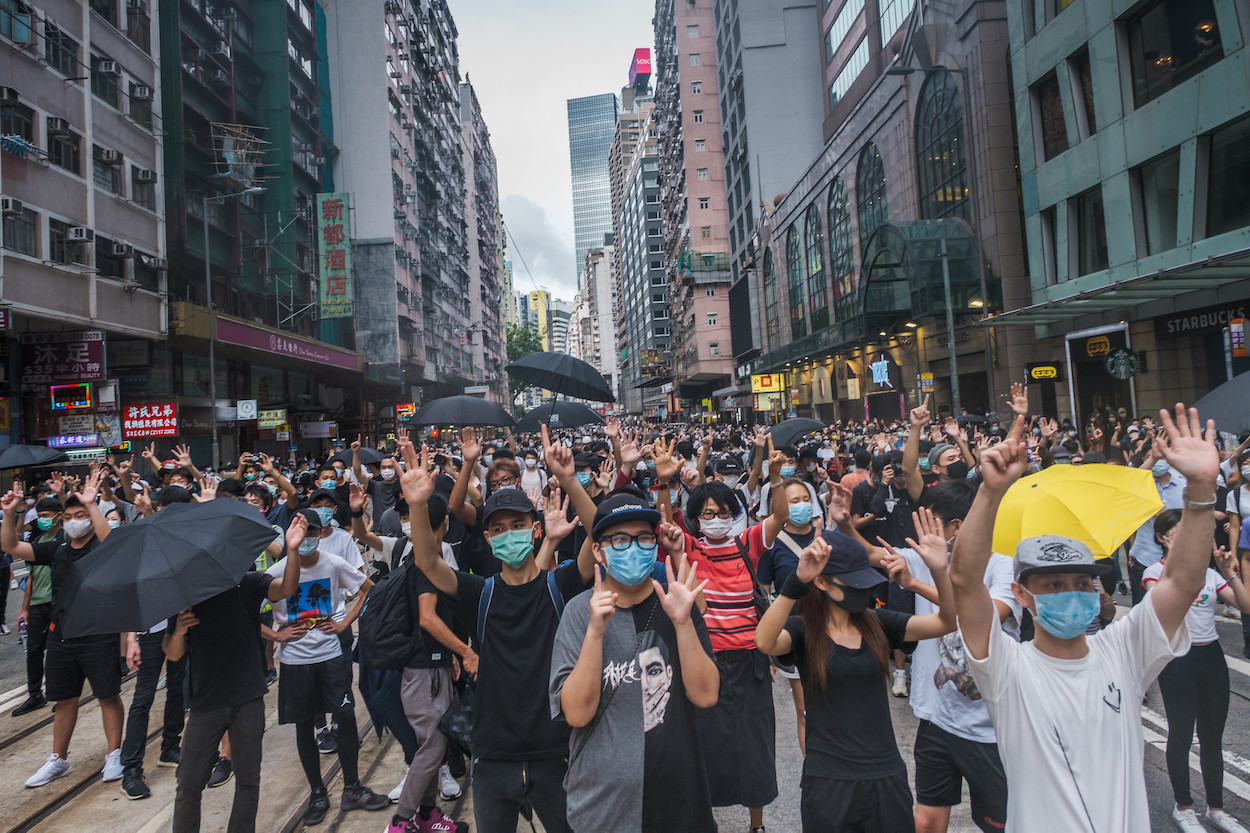 Since the new National Security Law has prematurely removed the territory’s high degree of autonomy and the permission to retain executive, legislative, and independent judicial power, including that of final adjudication, this law has brought an end to this guarantee and therefore marks the end of the “One Country, Two Systems” model, at least in its current agreed-upon format. This will have dire ramifications. The Chinese government has been silent in their tacit consent toward viewing the Joint Declaration as simply a historical document. Yet, China’s territorial claims over the Senkaku/Diaoyu(tai) islands, the islands/reefs and waterways of the South China Sea, Tibet, Xinjiang, Indian borders, and Taiwan could equally be brought into question. The PRC government lauds Hong Kong’s “One Country, Two Systems” model as a successful one, and is seeking to convince the Taiwanese people that it can be used for their own peaceful integration with China. The uncomfortable realities that are now becoming evident make this a very challenging argument to maintain.

The UK, as a signatory to the Joint Declaration without Parliamentary opposition, has put legislation in place that would open its borders to people fleeing Hong Kong who are, or are family members of, British National (Overseas) passport holders—remnants of incomplete measures undertaken in 1997—to live and work in the UK. This portends a possible influx of up to three million people, amongst whom a number are expatriates and other experienced financial talents who can contribute greatly to improving the competitiveness of London as an international financial center. Tokyo and Singapore have mulled the same approach, seeking to attract migration of some of the highly skilled workforce from Hong Kong.

The Chinese response has been to do whatever it takes to undermine this. Yet, to do so would in fact be a case of interference in domestic affairs, as the UK has the right to grant visas to anyone of any nationality. Since the PRC regime tends to be the first to complain about foreign intervention in its own domestic affairs when questions arise on issues relating to its territorial ambitions, China is very much muddying the waters.

Niki J.P. Alsford is Professor in Asia Pacific Studies and Head of Asia Pacific Institutes at the University of Central Lancashire.

Fiona Su is an independent researcher based in Hong Kong.