Quiet Day in Hong Kong Following Clashes, but Uncertainties Remain About What Is to Come

IT WAS A QUIET day in Hong Kong today after Sunday’s protests against the Beijing-backed extradition law ended with demonstrators being cleared from around the area by the Legislative Council (LegCo). Despite the fact that moments of Sunday’s protest seemed highly reminiscent of the Umbrella Movement, with the demonstration seeming as though it would culminate with protestors occupying many of the same streets that were occupied during the Umbrella Movement, this did not happen. 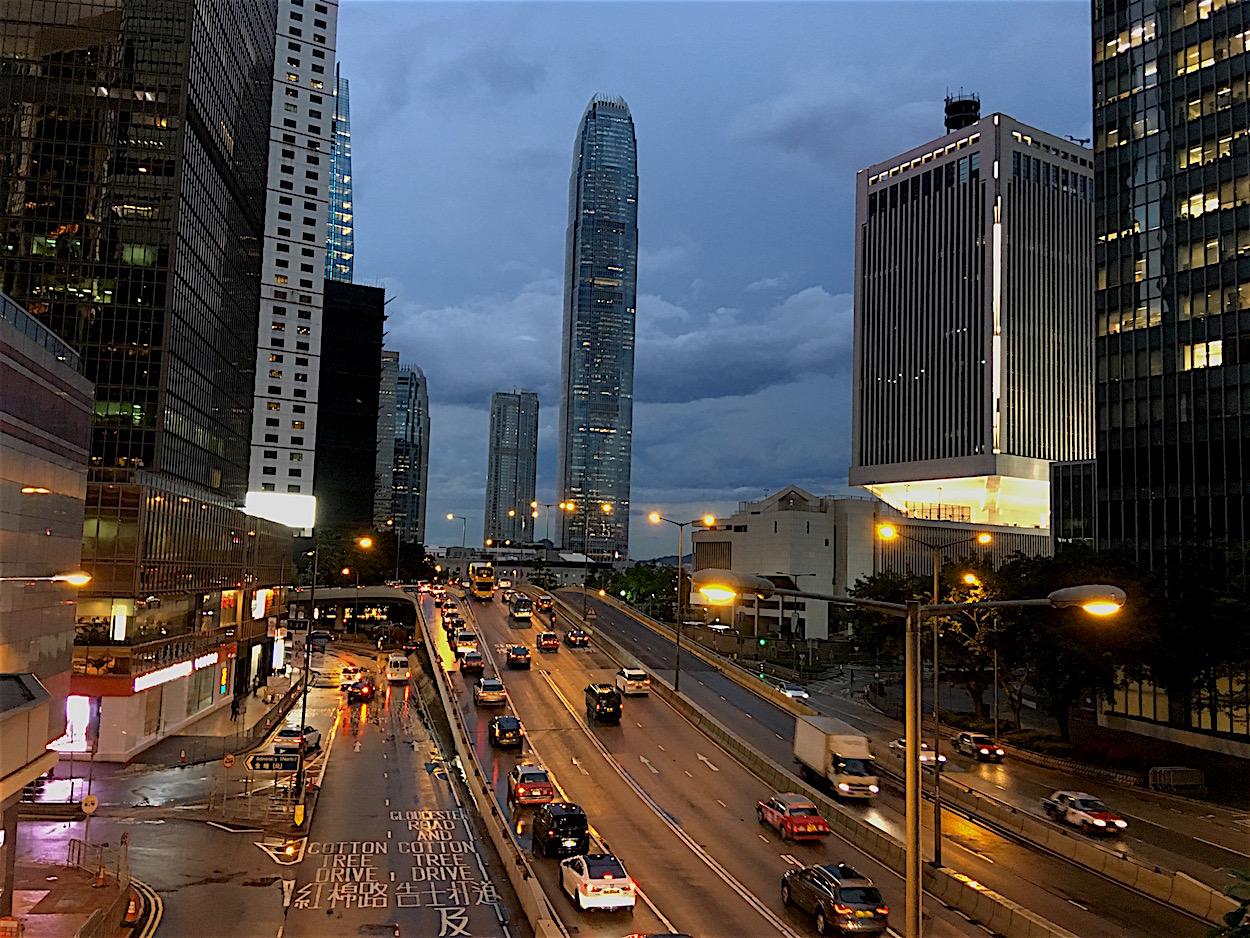 Instead, police proved victorious in driving out demonstrators. By nighttime, barely a trace seemed to remain of yesterday’s protests, although LegCo workers were spotted testing barriers outside the building during the day in anticipation of continued protests in coming days.

A company which runs a moving van app, CALL4VAN, has called for businesses to strike on Wednesday, with over a hundred other business signing on to the agreement to strike. This is similar to how a number of businesses originally announced that they would not be opening on Sunday in order so that employees could participate in the demonstration. Pan-Democrats reportedly have rejected calls for a general strike to date—possibly remembering backlash against the Umbrella Movement against businesses affected by the street occupations that were part of it—though the idea seems to be building up steam online. 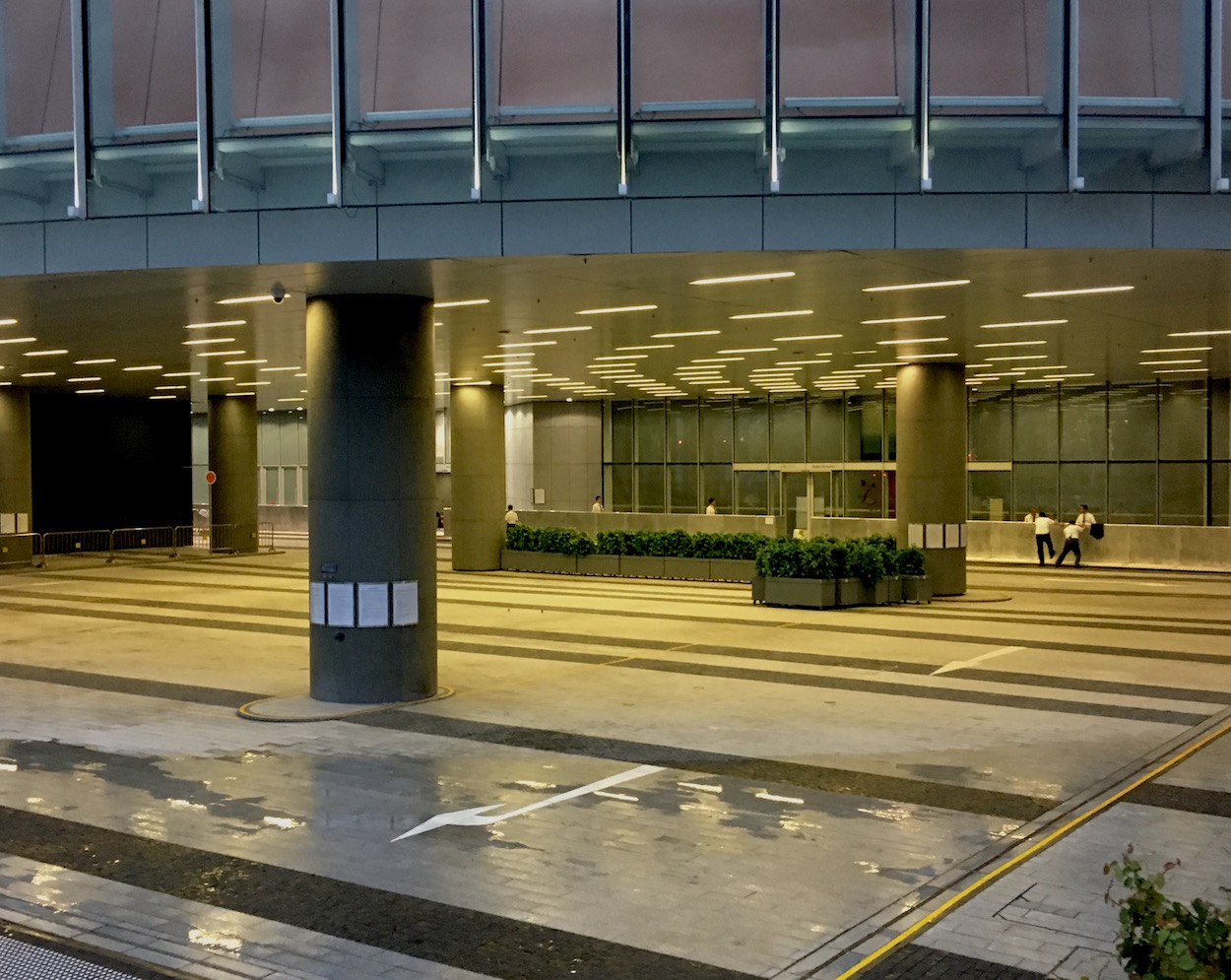 With Hong Kong having seen what may have been the largest protest march in its history on Sunday but Hong Kong government officials such as Chief Executive Carrie Lam remaining adamant that the bill must be passed, it seems unlikely that the opposition of possibly over one million individuals—one in seven residents of Hong Kong—has abruptly been quelled because of police violence. On the contrary, it may be even more inflamed by government intransigence.

In general, however, many observers have suggested that Sunday’s demonstrations appear to have lacked strategy or leadership as compared to the Umbrella Movement five years ago. This perhaps returns to the fact that while the Umbrella Movement was ultimately sparked by the spontaneous actions of youth activists such as Joshua Wong and Scholarism, the student activist group which later became Demosisto, much of the planning for Occupy Central with Love and Peace had gone on for months beforehand. Likewise, in the months before the Umbrella Movement, it was widely anticipated that Hong Kong would see some kind of protest action, whereas there has been less anticipation for protests against the extradition bill, even if few expected the Umbrella Movement to have become as massive as it did. 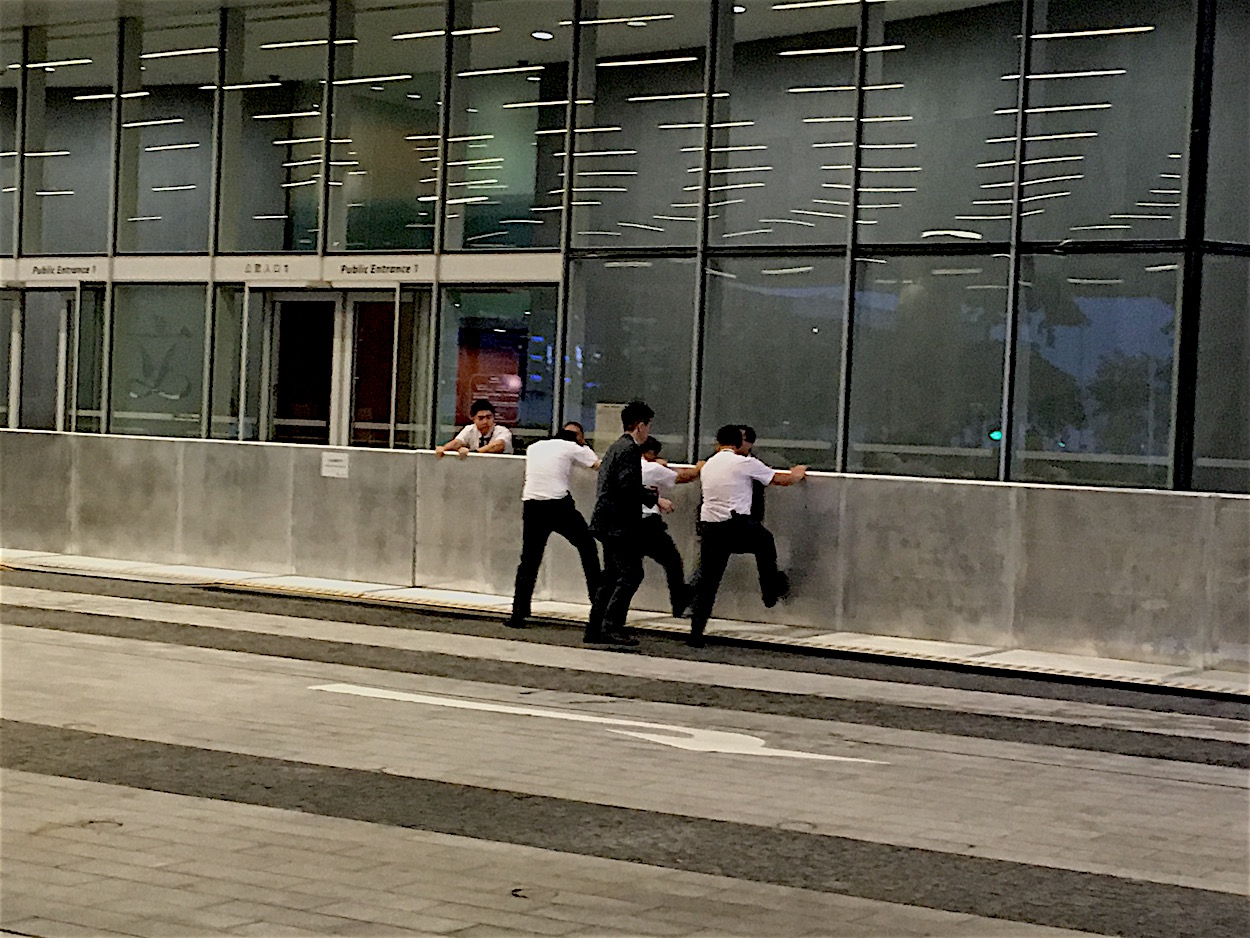 LegCo workers testing the resilience of barriers outside of the building today. Photo credit: Brian Hioe

The solidarity rally, which may have been closer to a press conference, took place outside of the Hong Kong Economic, Trade, and Cultural Office in Taipei at 6 PM. Participants in the event also wrote their thoughts regarding Hong Kong and the bill on a large poster as part of the demonstration. Another solidarity rally has been declared for Tuesday night in Ximending to coincide with any planned general strike.

Taiwanese president Tsai Ing-wen, members of the NPP, and other prominent pan-Green politicians have been among those critical of the actions of the Hong Kong government in seeking to pass the extradition bill and allowing for police violence against Hong Kongers. At the same time, while youth activists in Taiwan have been keenly aware of events in Hong Kong, it has been noted that Taiwan’s major television networks have generally ignored coverage of Hong Kong protests, instead continuing with blanket coverage of Kaohsiung mayor Han Kuo-yu or celebrity gossip. Problems regarding “media monopoly” in Taiwan, referring the phenomenon of pan-Blue networks attempting to drown out news that disrupts a pro-China political narrative in Taiwan, continues to be an issue close to eight years after the start of the Anti-Media Monopoly Movement in 2011. 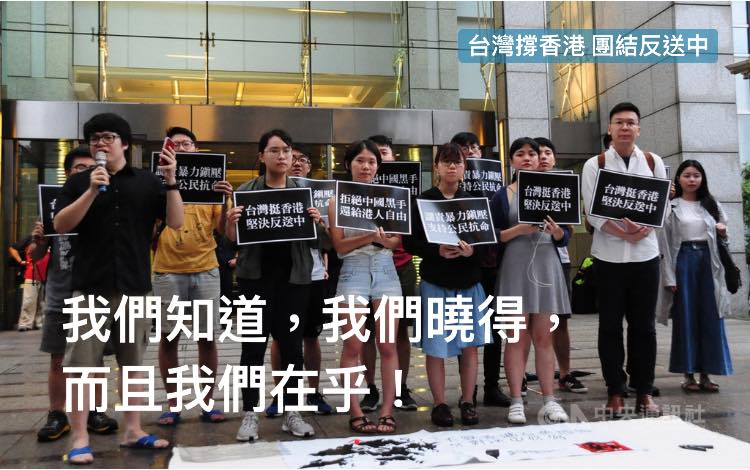 To this extent, Taiwanese politicians such as Taipei mayor Ko Wen-je and Kaohsiung mayor Han Kuo-yu have come under fire in past days for downplaying or attempting to avoid discussion of events in Hong Kong. Nevertheless, one notes that such discussion has been primarily confined to consolidating outrage among those who were members of the pan-Green camp, to begin with. It is to be seen whether such outrage will spread more generally to the Taiwanese public.

The coming day will prove key, then, as to whether any clear notion of a decisive protest action to take place Wednesday will concretize, along the lines of the demonstration or Sunday, or as to whether one will see looser, unorganized actions. Both remain possibilities.