The march commemorated the 61st anniversary of Tibetan Uprising Day, which took place on March 10th, 1959, and was a failed uprising against Chinese military forces occupying Tibet. As in past years, participant groups included a number of groups active in Tibet advocacy work, such as the Taiwan Tibetan Association, the Human Rights Network for Taiwan and Tibet, and the Taiwan Tibetan Welfare Association. Approximately one hundred were in attendance. 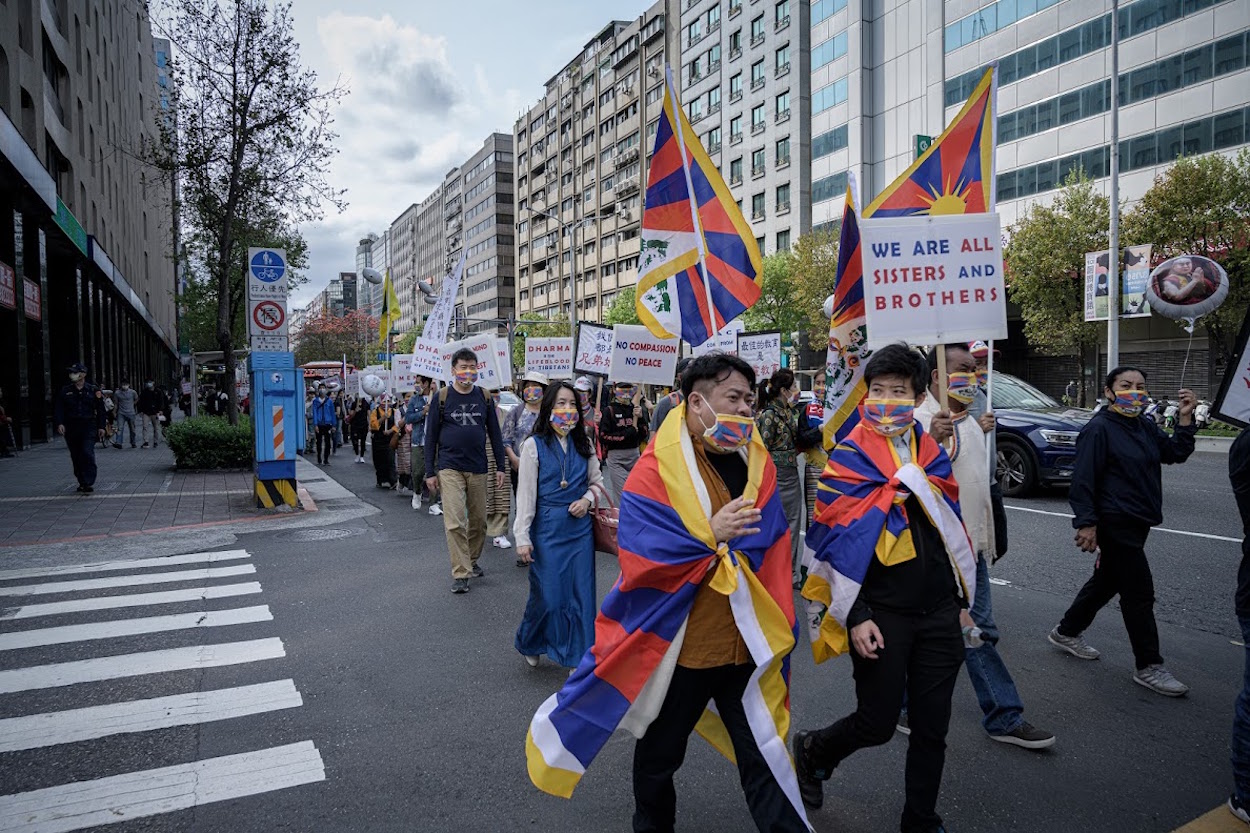 The march took place as a silent event, given concerns regarding the ongoing COVID-19 coronavirus epidemic. Participants in the demonstration wore medical masks and mask covers with the Tibetan flag printed on it were distributed among demonstrators.

Before the march began, Tibetan monks chanted religious chants and the Tibetan national anthem was sung. A moment of silence was also held for individuals who had died in the course of the COVID-19 epidemic, with speakers criticizing the CCP, and citing solidarity for Chinese affected by the coronavirus outbreak, in particular residents of Wuhan. In speeches, Tibetan representatives called for the safety of the Tibetan people, as well as for Tibetans to be allowed religious and cultural freedoms.

Among those present at the demonstration included independent legislator Freddy Lim, legislators Fan Yun, Hung Sheng-han, and Wu Yu-qin of the DPP, and Taipei city councilor Miao Poya of the SDP. Lim, in particular, has a long history of advocacy for Tibetans, including issuing a public invitation for the Dalai Lama to visit Taiwan, something that it was hoped would pressure the Tsai administration in allowing for such a visit.

At both events, speakers were critical of the KMT’s advocacy of signing a peace agreement with China, something that it is feared could be used as a means by the KMT of eroding away at Taiwan’s political freedoms, and claims by the KMT that it intends to reorient away from China and toward America instead. Speakers, notably Miao Poya, criticized Taipei mayor Ko Wen-je for making light of Tibetan self-immolations, as observed in past statements by Ko that Tibetan self-immolations created “trouble” for the Chinese government. 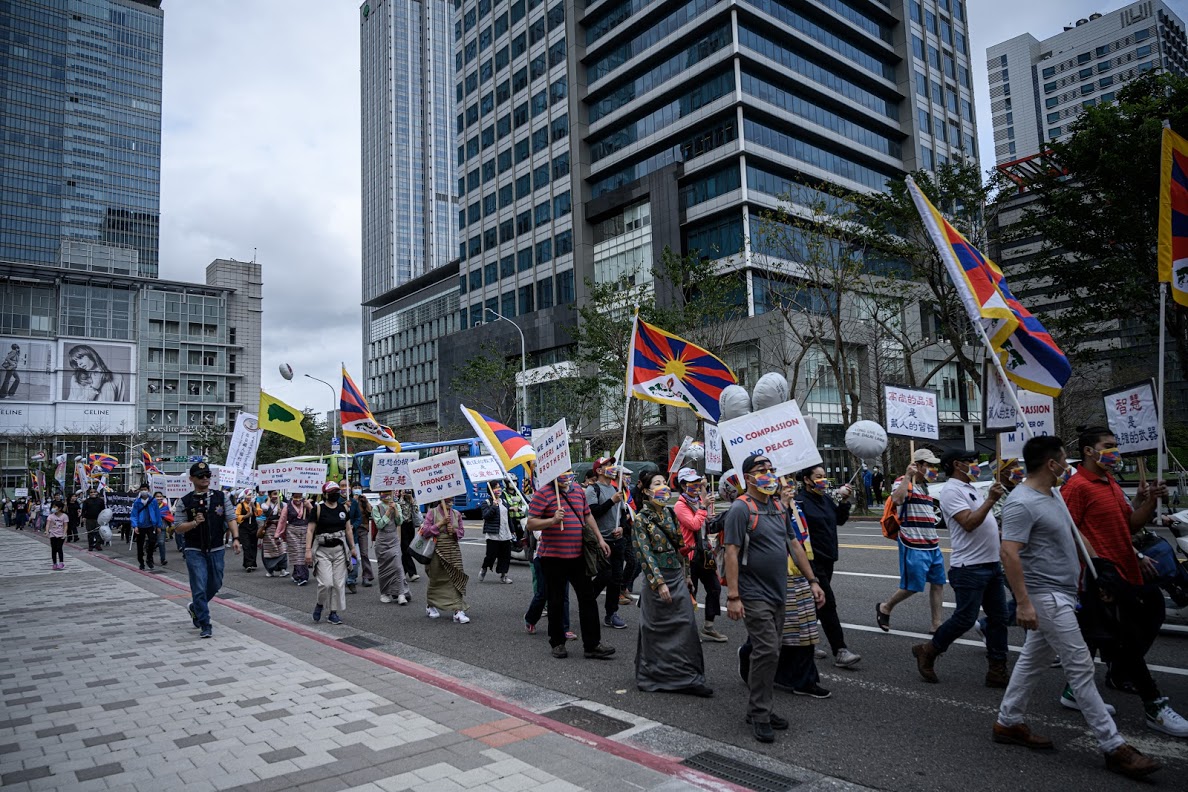 Speakers also suggested that the Taiwanese government should do more for Tibetans in Taiwan, seeing as Tibetans who are members of the Tibetan exile community in India may not have passports but only Identity Certificates (ICs), something which only allows them to visit Taiwan to study, visit relatives, attend conferences, or seek medical treatment. The suggestion was made to consider Tibetans as a target of the New Southbound Policy by Lin Hsinyi, the director of the Human Rights Network for Taiwan and Tibet.

While commemorations of Tibetan Uprising Day take place annually in Taiwan, usually drawing members of the pan-Green camp as attendees, it remains to be seen what measures can pressure the Tsai administration into taking further actions to aid Tibetans in Taiwan. The Tsai administration has been reluctant to take steps that might be perceived as provoking the Chinese government and it has been afraid of being perceived as deliberately aiding Hongkongers in relation to the protests which have rocked Hong Kong for the past year. But it is to be seen whether the Tsai administration will be more willing to take concrete action to help Tibetans in the wake of its 2020 election victory.