THE KMT APPEARED to have experienced a reversal of political fortunes in 2018 elections, in which against expectations, the KMT proved resurgent.

Notably, the KMT took New Taipei, Taichung, Kaohsiung, Yunlin, Hualien, Yilan, Taitung, Miaoli, Mazu, Penghu, Changhua, and Kinmen, while the DPP took Taoyuan, Tainan, Chiayi, Hsinchu, Keelung, and Pingtung. What surprised many was the fact that the KMT made inroads into traditional DPP territories in southern Taiwan, most notably Kaohsiung, in seeming defiance of trends that indicate strengthening Taiwanese identity. 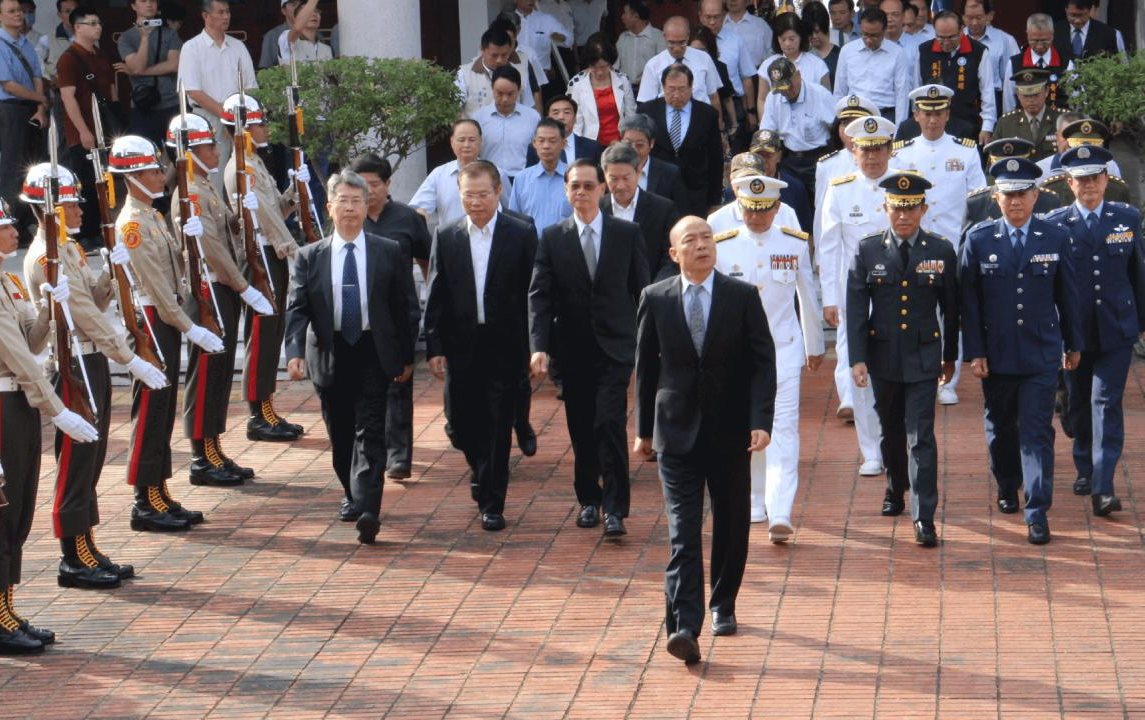 Moreover, despite seeming to have struggled to groom a new generation of politicians in past years, the KMT seemed to have a number of emerging heavyweights all at once, including New Taipei mayor Hou You-yi, Taichung mayor Lu Shiow-yen, and most notably Kaohsiung mayor Han Kuo-yu.

While the KMT seemed to have struggled to appeal to young people in the years after the Sunflower Movement, Han seemed to have achieved what no other KMT candidate in being able to appeal to young people. Han was seen as not only breaking from the mold of establishment politicians because of his frank, direct, if somewhat uncouth political style, but as having successfully run a social media-savvy campaign that could attract young people. In this way, Han provoked comparisons to Taipei mayor Ko Wen-je, another candidate who was seen as having won the mayorship through a social media-savvy campaign and through the appeal of his unorthodox political style.

Han was also seen as a candidate unorthodox enough that he could have potentially disrupted the internal hierarchy of the KMT. As such, Terry Gou of the KMT was encouraged to seek the presidential nomination by former president Ma Ying-jeou, though both Gou and former KMT majority speaker Wang Jinpyng, who also sought the KMT’s presidential candidacy, were ultimately defeated by Han. Despite Han becoming the KMT’s presidential candidate, the party’s internal rules were changed so that he would not simultaneously serve as the party’s chair.

In spite of Han’s being distrusted by the party leadership in this way, Han was enormously popular with members of the pan-Blue camp. Han was able to mobilize what organizers claimed to be tens of thousands of supporters in Taipei earlier this year in order to bolster his bid for the KMT’s presidential nomination when no other KMT presidential candidate would have been able to do the same. 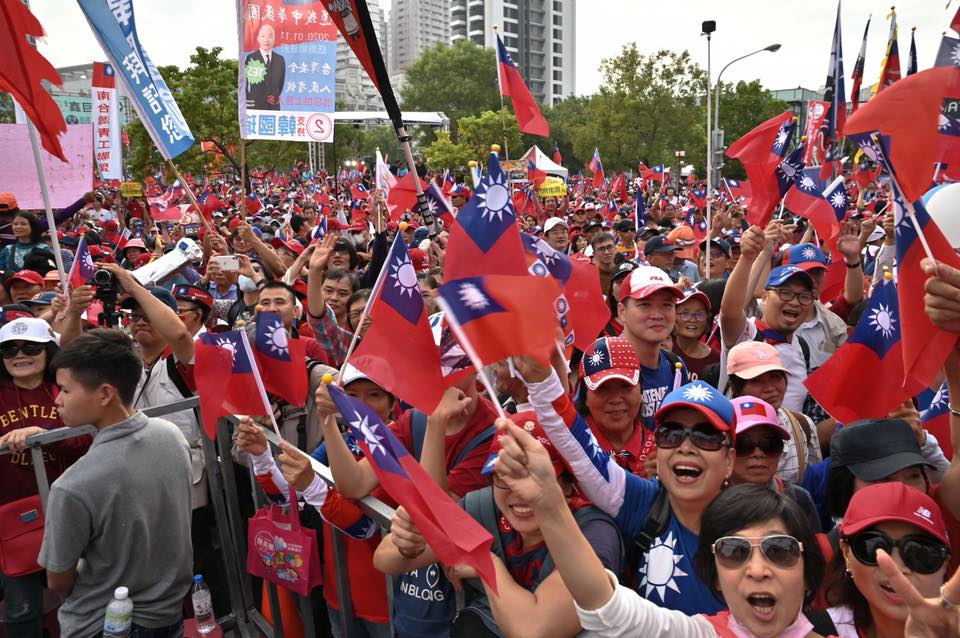 Some half a year later, the KMT’s fortunes seem to have reversed. Backlash against the KMT ensued after it released its party list, which was stacked with pro-China candidates. Han is increasingly unpopularity as candidate, having incensed the public with numerous gaffes and having gained a reputation for mismanagement as mayor of Kaohsiung. Han has notably lost his support from young people, now leaning heavily into ROC nationalism and appeals to the traditional party base of the KMT instead after becoming presidential candidate of the KMT.

But it is worth remembering that until very recently, the KMT looked as though it could possibly defeat incumbent president Tsai Ing-wen in the presidential race, given Tsai’s approval ratings. Many in Taiwan spoke of a sense of “national doom” at the prospect of a KMT presidential victory.

While some have suggested that this is a product of the Anti-ELAB protests in Hong Kong, the KMT’s approval ratings began to drop and Tsai’s approval ratings began to improve before the outbreak of the Anti-ELAB protests. The reversal in the KMT’s political fortunes is more credibly tied to endogenous, rather than exogenous factors in Taiwan, pertaining to intrinsic fears regarding the so-called “China factor.”

Assuming no change in the overall political outlook in Taiwan currently, then, the KMT will probably lose to Tsai’s DPP in the upcoming election. However, that being said, the abrupt shifts in the pan-Blue camp over the last year have opened up space for new political groupings.

Taipei mayor Ko Wen-je’s newly formed Taiwan People’s Party (TPP), for example, currently aims to become Taiwan’s largest third party. The TPP claims that it represents a political party “beyond blue and green”, although in reality the party’s political candidates are more drawn from the pan-Blue camp and, as the party’s central figure, Ko has primarily courted prominent pan-Blue politicians to join his party.

Likewise, backlash against the Tsai administration and progressive third party politicians for legalizing gay marriage led to conservative Christian groups in Taiwan organizing to run candidates for office themselves, as observed in the “Greater Stability Force” (安定力量) groupings. These political groups now seek to run candidates for office to realize their Christian fundamentalist worldview in Taiwan, sometimes aided by funding from Christian fundamentalist groups in America and other countries. 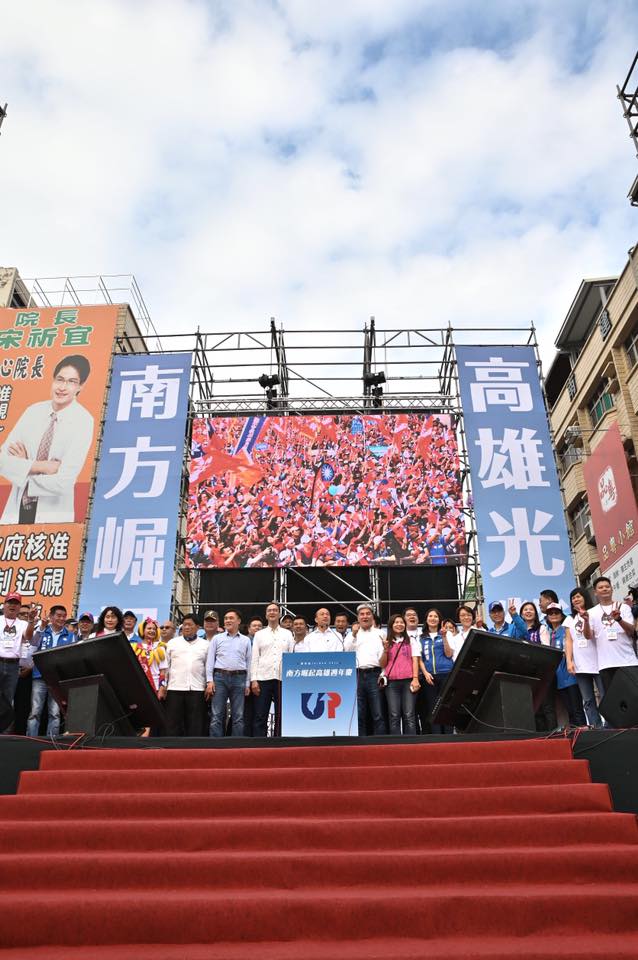 It remains to be seen how successful the “Greater Stability Force” or similar groupings will be in the coming elections. Such groupings tend to be more strongly affiliated with the KMT, but one notes that their membership sometimes crosses party lines to include conservative members of the pan-Green camp. It is to be questioned whether such groups themselves could organize in a manner that is “beyond blue and green” distinctions in Taiwan.